Why I Don’t Write

Susan Minot Has Her Reasons, and They Are Many

What do you do all day? she said.

In the morning, there is the counter with the tea pot and the bag of tea in the white cup, the milk from the carton in the fridge door, the chair, which chair, the paper, the notebook, which notebook, the folder, the letters on the screen, the emails asking, the computer keyboard—then it all stops.

She handed me the paper. “Here’s the bad news,” she said.

It takes courage to be happy.

I read some, read the whole article though of: the suicide of a dancer who jumped off a building on Upper West Side.

On the page in front of me in ink: The road shot forward like an arrow disappearing in the clouds between a bluff and rocky hills.

Before waking I found a deep slash in my upper arm and small lobsters floating from the opening.

Telling someone your goal makes it less likely to happen.

He went off his medication.

The morning dishes, the oil slick on the shelf, the flickering light, the loose cabinet slipped from its hinge, the rotted sill, the curling screen.

Must be overloaded. Or you have a virus.

Where was the daughter? She was frozen, head bent down, her face awash in a light blue glow as if spotlit by aliens. Her finger flicked at the screen like a conductor.

What shall we have for dinner? More eggs.

I used to be ruled by feeling; it asked for words.

What’s going on with the weather.

What are you looking at? I ask my daughter staring at the phone.

Why do you care?

During the sad movie I felt a pain spread in my chest, becoming so sharp I felt I was having a heart attack.

Where was the daughter? What time was the doctor? What was eaten?

What made her cry?

She was late. She told a lie. She was beautiful and laughing. Take fifteen minutes out of the day.

I walk on an empty road at dusk. Far off on the water I hear a boat humming. I hear the flute call of a bird. Then silence.

We hope you will make it. We’d love to see you. It’s been too long. Shall we meet for lunch? Let’s have that drink. You should come to Copenhagen. There’s a 2:55 show. I have an extra ticket for tomorrow. The lines aren’t too long. You have to see it. You have to watch it. You have to read it.

Your balance total is—

All day you ask yourself, What are you doing all day?

53 dead not including the shooter.

When you take the plant out of the plastic container, pull the thin roots so they dangle down and place it into the hole. Give it water.

Tunnel, no light at the end of.

Are you going to the march?

As soon as you gave them a donation, they bombarded you with continual requests for more.

They heard back from the doctor: it was not good news. That’s not what the Fire Marshall said.

I walk around the city and listen to people as I pass them on sidewalks. Usually they are talking on their phones. Often they are not looking at where they are going; they are looking into their palms.

“You are in the wrong line; your line is over there.”

The sweet air in the morning, warmed by the sun.

She slammed the door and the molding cracked. How many coats of paint the wood had gotten, it was amazing.

The thumping below the floor.

Death estimates ran from 150-500, but could not be confirmed.

You write if you have to.

The spine of a book, sugar cane yellow with an embossed palm tree half hooked in a circle. Pages with deckeled edge. The first line: In March 1912, when a big mail-boat was unloading in Naples, there was an accident about which extremely inaccurate reports appeared in the newspapers.

Beckett’s I can’t go on.

Suicide by hanging. Just an hour before, the designer had been—

I’ll bring coconut rice; you bring your pie. He didn’t show up.

The kids are exhausted.

Marinate it in the soy, oil, garlic, sugar mixture.

Caring used to have a ragged pain, sometimes wafty, sometimes sharp as needles. Its magnet weight kept me connected.

For a long time I would return to the black and white room.

The one with the wedge heel. The striped linen. A pair with a high waist.

No, actually it was seven.

Before he died, he was screaming for pain killers.

Will be subject to late fees.

The keys have to be replaced.

I haven’t seen him in over twenty years.

An hour ago, I felt calm, now I am heartbroken with worry. Is it the dentist? Is it the daughter’s distress? Is it death?

Open any page of Emily Dickinson and have the top of your head taken off.

She died, God, is it already ten years ago? It was awful. Death used to be more awful. One was destroyed.

You saw him? How was he?

He was great. Looked older though.

It was hard to explain. So I gave up.

He got another one, prettier, younger.

A child watches his dad lose his patience: the look in the child’s eye.

Only in tomorrow night, hope you are free. Where do you have to be? Where are you coming from?

Wish I could see him.

The woman turning the corner: I used to wear my hair like that.

He was found slumped on the floor, having put on one sneaker, about to go running.

Wish I could go there.

How delicious is that?

Is this as unbelievable as I think it is?

At dinner they all laughed and laughed and the next day she couldn’t remember what had been so funny.

Gazes used to slide off me.

The ways that Bob Dylan says

I passed her on our street. She didn’t see me, she was looking at the flowers.

A FINAL TURN OFF NOTICE IS IN EFFECT.

I see a cupped hand inside me as if through layers of bullet-proof plexiglass. It’s there, but it isn’t in charge.

“I don’t believe it anymore.”

Did you ever apologize?

Star-splashed sky. Wind in the grass. Butterfly. Bee seeming to be in fast motion, burrowing in a flower. A flower you never saw before.

The drain is clogged and I need to replace the broken—

Despite having said the opposite thing that morning…

Denied that he knew…

Denied he had said…

“I don’t look anymore.” The recipe in last week’s—

Forgetting I met him.

Not meaning to be hurtful.

Forgetting to show up for the meeting.

I heard they were sharing a boat down the Nile. I heard they went to Algeria. I wondered when did they make these plans with each other?

“Was that the IPA or the Pilsner?”

Passing a man who holds your gaze!

At lunch one of the people returns the bill to the small tray. “We each owe $85,” she announces.

“You’re a woman. Why would you think that?”

He slept on his side next to the bank vent. Or was it a she?

I was choking with rage and at the end of the plank where my grief walked I stepped off and the weeping stopped. All was calm. I went blank and numb.

“We couldn’t be happier.”

Why are we here?

The impact killed her instantly.

Sorry, I have other plans.

The cool air at night.

You write if you would die without it.

In the morning passing a man and a woman kissing each other goodbye, leaning into each other, taking strength for theday.

Is this as unbelievable as I think it is?

All men do that.

Wetting a watercolor cube. Touching the paintbrush on stiff paper.

Women writers without children: many.

Can’t you take a joke?

My friend says, “Vibrationally I think it’s easier to move forward if we stick to the truth.”

No need to make up anything.

You can get those removed, you know. It’s not that expensive.

Medication made all the difference.

Frank Sinatra suddenly singing in Starbucks from another world.

He didn’t get back to me.

His statement contradicted the truth.

The drain is clogged.

Before he died, he was screaming for pain killers.

I watch my daughter dance with a frown on her face and a warm feeling spreads across my chest.

On her deathbed, she said in a shaky voice, “We had a good time, didn’t we?”

The pipes are shot.

Another story will come.

Susan Minot is an award-winning novelist, short-story writer, poet, and screenwriter. Her first novel, Monkeys, was published in a dozen countries and won the Prix Femina Étranger in France. Her novel Evening was a worldwide bestseller and became a major motion picture, and her additional works include Rapture and Thirty Girls.

How Deborah Levy is Getting Me Through New Motherhood 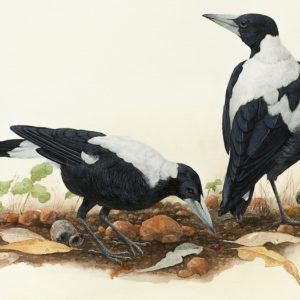 Not all voices are broadcast from a “self,” an individual human being. Not all poetic voices gain their flavor from the source...
© LitHub
Back to top