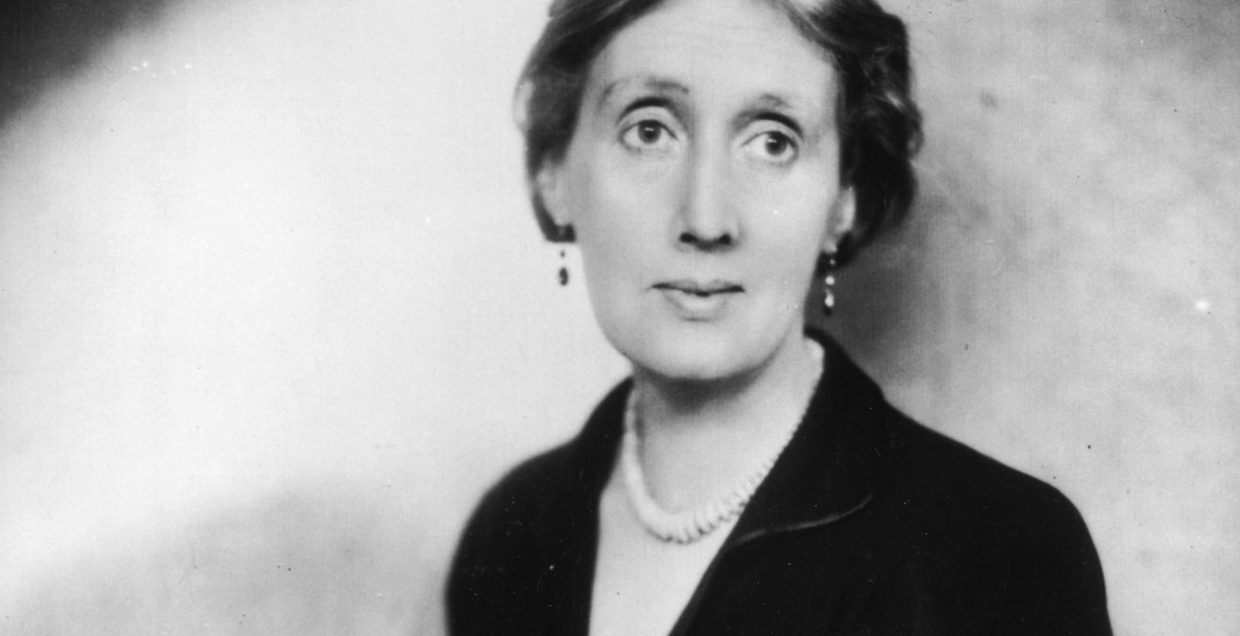 How We Often Overlook the Writer's Otherwise Happy Life

In the course of my research for my new novel, in which I bring Virginia Woolf back to life in modern-day New York, I set out one cool clear morning to find her books in Manhattan bookstores. Borders had gone, Barnes and Noble was still open, but huge red SALE notices spread across the books like flames, and no sign of Woolf. I at last tracked down her work in a small and beautiful independent bookstore, but only by thinking laterally and going upstairs to the European languages departments, which had a few copies in Spanish and Italian translation.

Earlier, on the ground floor, in English Fiction, I had asked a charming young man to help me. “Yes, I’m familiar with her work,” he said. My heart lifted. And then sank disproportionately when he continued, after a pause, “I associate her poems with those of Sylvia Plath.” Alas, though Woolf wrote rhythmic poetic prose, she was never a poet. The only possible association was that both women lost their lives to suicide.

I was recently at a Polari writers’ event at London’s prestigious South Bank Centre and one of the acts, a male poet, talked about his teenage fixation on Sylvia Plath—the crush of a (then) unhappy boy who had found his bard of sadness and anger. He raised a swell of wry laughter and fellow feeling from the room. It was fond; it acknowledged that many had shared his crush; it did not undervalue Plath, but implied the recognition, by a group of people who had lived to adulthood, that suicide is not a happy ending.

Would I have felt differently if the poet had been a woman, describing her fixation on Sylvia Plath to an audience of teenage girls? Probably. I would have feared that those teenagers were too young to see tragedy and comedy are emotional poles you can, if you’re lucky, move between, alive. So young, indeed, that Plath could be a role model.

“I think perhaps nine people out of ten never get a day in the year of such happiness as I have almost constantly.”

In short, I fear the cult of self-destructive female creativity, a shrine in which images of Sylvia Plath, Anne Sexton, and Virginia Woolf gleam like holy relics in the twilight. The Ranker website puts Woolf and Plath respectively at Number 2 and Number 3 in their list of “Famous Writers Who Committed Suicide,” after Ernest Hemingway at Number 1. This sort of thing makes me shudder, put on my coat and go out swiftly for a walk.

But then, Woolf herself was a great walker, who frequently wrote light-filled sketches of the landscapes near Rodmell where she lived, and the garden of her house, which at first glimpse gave her “profound pleasure.” “An infinity of fruit-bearing trees; the plums crowded so as to weigh the tip of the branch down; unexpected flowers sprout[ing] among the cabbages.”

I hazard a guess that Charles Beresford’s much-reproduced marmoreal profile portrait of Virginia Stephen, as she then was—a black and white photo of a pale young virgin in a pale dress, bloodless, precious, isolated on a blank background—has had nearly as much influence on the melancholy glamour of her reputation as the cold March day in 1941 when she drowned in the River Ouse. When I decided to create a 21st-century fictional avatar of the writer I so admire, I found myself drawn instead to a sunlit, active, amused Virginia. This may surprise some of her fans, but listen to the author’s real-life diary entry of Saturday, September 13, 1919: “I think perhaps nine people out of ten never get a day in the year of such happiness as I have almost constantly.”

Woolf is still an icon for women writers everywhere, taught not just in anglophone countries but in Turkey, Libya and elsewhere where female freedom cannot be taken for granted. How did I have the hubris to try and recreate her? Though I am a novelist, I spent many of my early years in universities, and have read and re-read Woolf throughout my life. The first time, I was a 17-year-old undergraduate, disappointed to find the Oxford syllabus did not go beyond 1850. Longing for modernity, I read Woolf’s brief, effervescent Jacob’s Room, in fits and starts of wonder. Years later I studied her as a PhD student; at 40, I wrote the text and booklet for a British Council Virginia Woolf exhibition that traveled worldwide. Preparing to write my novel, I began again.

Unless you think it right to let an illness define a person, it’s just as possible to interpret Woolf via her coexisting gift for happiness.

The more I re-read her, the more the Woolf I wanted to inhabit my pages danced and laughed. Like her diaries, my Virginia is full of life, ideas, jokes, sensuality. She is much more joyous than melancholy. She is, in fact, exactly what I take Woolf to have been: a person with a great capacity for pleasure who at times became dangerously ill with depression. Unless you think it right to let an illness define a person, it’s just as possible to interpret Woolf via her coexisting gift for happiness. Novelist Elizabeth Bowen remembered her on the floor mending a curtain, “and she sat back on her heels and put her head back in a patch of sun, early spring sun, and laughed in this consuming, choking, delightful, hooting way.”

And so my novel gave her a new chance to be alive, and happy. My Virginia shops in Bloomingdales, buys an indigo-blue broad-brimmed hat, drinks in the Algonquin with the ghost of Dorothy Parker and, after too many glasses of champagne, leap-frogs a fire-hydrant. She flies to Istanbul, the city which (as Constantinople) enthralled her in her long-ago real-life girlhood, finds two lovers, one male, one female, and attends an international conference on Virginia Woolf, where she naturally steals the show.

Nearing the anniversary of the day when Virginia Woolf died, I raise my glass to her work and her dark and bright moments of being. My fictional Virginia’s last words to her audience of young writers play on her real-life masterpiece, A Room of One’s Own: “The light is on you. It is in this room. You are in the sunshine which, while it’s here, feels as though it will last forever. Write while you’re here. Write while you can . . .” 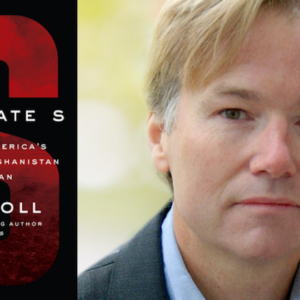