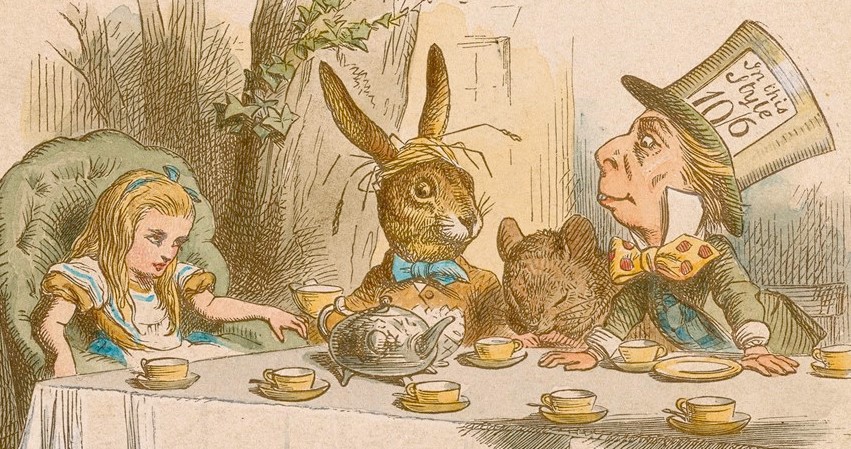 Seeing the World (and Writing It) with Alice in Wonderland Syndrome

Craig Russell on the Curious Effect of His Dysmetropsia

It’s all about how you see things. Literally.

It sounds obvious to say that an author’s writing reflects their personal vision of things; that the psychology of the writer reveals itself in the writing. That is, after all, the essence of fiction. It’s all about how you see things. But I’m talking about something more specific: the particular neuropsychology of some writers. What if that personal vision is different from the majority of other people? I don’t mean a writer’s opinion or unique intellectual “point-of-view,” I mean literally how they see—perceive—the world.

And I’m not talking about psychosis or neurosis, either—although there’s a whole different, and equally large, discussion to be had about that—I’m discussing the differences in how the brain processes sensory information, or how a momentary short circuit in the brain can lead to a whole different way of viewing reality. In the case of writers—and artists and musicians for that matter—it can determine the whole nature of their creative output.

At one point in my latest book, The Devil Aspect, a character has a hallucination in which he sees an impossibly huge, monstrous figure, all hunched up as a tangle of dark limbs and crammed into the corner of the room, his head and neck twisted sideways as they’re jammed against the ceiling, his mouth contorted into a monstrous grin of a hundred needle-like teeth. It reads almost like a nightmare version of one of Lewis Carroll’s Alice books.

And that doesn’t surprise me at all. Because that’s exactly what it is.

Not that I was inspired by Carroll, nor writing some kind of dark homage to his Alice books. It’s just that we have a common experience. We both have seen the world in a different way.

Then, quite calmly, I explained to my wife that half her face had disappeared.

Like most people with the condition, I have largely grown out of it, although I still do have moments.  My last significant event was about five years ago. I was in the kitchen talking to my wife. I was hugely animated and full of energy, having just put three days’ worth of writing on the page in one morning and was bursting with ideas for new books. Then, quite calmly, I explained to my wife that half her face had disappeared. As I looked around me, bits of the world were missing too. It was like watching a faulty digital TV, with clumps of pixels blanking out. The thing with my wife’s face was exactly the same as when Alice sees the Cheshire Cat’s face disappear, leaving only the smile.

I have Alice in Wonderland Syndrome.

Or I had it. Otherwise known as AiWS, Todd’s Syndrome or dysmetropsia, it tends to be much more common in childhood, which it was with me, fading as the sufferer matures. I use the word “sufferer” advisedly, because, well, when you have it mildly, as I have, it can be a deeply creative experience. When I was a child, I would have these dreams in which I could see in ultra-high-definition, where everything was so clear and sharp it hurt my eyes (something that also appears in my books).

When I woke from these dreams, I would find that either my bedroom had shrunk, or that I had grown to giant size. After a while, the room would be restored to normal proportions, not gradually, but in “jumps.”

Many have speculated that Lewis Carroll took some kind of mind-altering drug and based the Alice books on his hallucinatory experiences. The truth is that he too suffered from the condition, but in a more severe and protracted way, and had many episodes of AiWS and ocular migraine.

These episodes involved micropsia, where objects around him seemed smaller, giving Carroll the sense that his body had grown larger. Like Alice. Or me.

Unlike Carroll, my experience of micropsia had pretty much faded by adolescence. What I am left with now is only the odd fleeting experience—although these can be extremely disorientating. AiWS is very commonly comorbid with ocular aura, and it is auras I tend to have in attenuated form, and only when I haven’t had enough sleep, or if I am particularly stressed. These events take the form of depersonalization, derealization, déjà vu or, on one occasion, jamais vu, where places and people you have known for years suddenly appear to you as if you have never seen them before.

I know—it all sounds very frightening or trippy, or like some serious psychiatric condition. It’s not.  Unbelievably, it is simply a form of migraine. And it’s also known as Migraine without Headache, which I know sounds like a contradiction in terms. After an aura, the headache I get is either very mild or doesn’t manifest at all. I do have to lie down in a darkened room until the fireworks that follow—vivid zig-zags of light known as scintillating scotoma—have passed.

Unbelievably, it is simply a form of migraine.

I’m far from alone. It’s estimated that 10 to 20 percent of the population have had at least one episode of AiWS, most often in childhood. It tends to go largely unreported because, although disorientating—and in some cases causing temporary blindness—it is a harmless condition with no lasting effects.

Also, because there is an element of hallucination, many sufferers don’t seek medical help for fear of being diagnosed with a psychiatric condition, which it is not.

My personal belief is that ocular aura, or at least some forms of it, is related to temporal lobe epilepsy—a view shared by some researchers. Focal seizures—a form of epilepsy where the patient doesn’t lose consciousness—presents symptoms that are extremely close to ocular aura; whether the cause is similar is still to be established.

The intense energy and feeling of intellectual clarity that I have experienced preceding an episode, for example, is a common experience in both conditions. Many aura sufferers know this heralds an episode and use the energy surge to clean their home, do their taxes, or blitz through some other onerous task they have been putting off. This would be something Fyodor Dostoyevsky would recognize. The Crime and Punishment author was an epileptic who experienced, as well as full and serious seizures, sensory auras which he experienced as “unbounded joy and rapture, ecstatic devotion and completest life.”

Which brings me to Philip K. Dick. During his lifetime, Dick was never diagnosed as suffering from migrainous aura or temporal lobe epilepsy, but there is a growing belief that the experiences he described were attributable to the latter, particularly. There was, of course, his famous revelatory experience in 1974 where (medicated after having two impacted wisdom teeth extracted) he felt some universal truth had been revealed to him.

Personally, I see in Dick’s fiction the same obsessions that tend to consume me.  So many of his stories, from Total Recall to Do Androids Dream of Electric Sheep?/Blade Runner, explore the subjectivity of reality and the fundamental unreliability of memories.

And it’s not just writers who have found, in their own neuropsychology, the fount of their personal creativity.

My experience of aura, and the distortions of memory it can cause, led me to write about another character who believed himself to be reincarnated.

Richard Feynman—full-time genius theoretical physicist and part-time strip-club bongo player—was famed for being able to carry out extremely complex numerical calculations in superfast time. He suffered—if you can call it “suffering”—from grapheme synesthesia. Basically, when he read or heard numbers, the sensory input hit a diversion sign in his brain and triggered a specific visual response.

Each number had its own color. Combinations of numbers mixed colors like paints on an artist’s palette, making the answer immediately interpretable without mental calculation. Singer songwriter Billy Joel is a chromosynesthete: music triggers cascades of colors. Other musical synesthetes include Franz Liszt, Duke Ellington and Stevie Wonder. It is known that Vincent Van Gogh suffered from epilepsy, but some believe that he was also a chromosynesthete, and that the vibrant swirls of color and bold brushstrokes of his painting may reflect not so much what he saw, but what he heard.

So have my own neuropsychological experiences shaped how I write and what I write about? Most definitely. It has led me to a much broader interest in and understanding of different psychologies.  Many of my characters suffer from much more serious “misidentification syndromes,” where their interpretation of what is happening around them is skewed. I’ve even written about a zombie—but in this character’s case he suffered from Cotard’s Delusion of Death—a real and distressing psychiatric condition—where he truly believed himself to be dead, an animated corpse.

Another character suffered from reduplicative paramnesia, where he believed he’d been transported some great cosmic distance to an ersatz world that was identical, in every detail, to the real world. My experience of aura, and the distortions of memory it can cause, led me to write about another character who believed himself to be reincarnated, as a way of making sense of memories that did not seem to be from his own life—again, an experience extensively explored by Philip K. Dick.

The fluid sense of reality it has left me with has led to an interest in areas as diverse as neurology, quantum mechanics and epigenetics—all of which have inspired ideas in books I’ve written.

One day, I’ll maybe even do a lecture on Alice in Wonderland Syndrome. You never know, I might just fill the room.

Craig Russell is an award-winning Scottish author whose books have been translated into twenty-five languages. His previous works include the Fabel Series of thrillers and the Lennox Series of noir mysteries. He is the winner of the 2015 McIlvanney Prize, as well as the 2008 Crime Writers’ Association Dagger in the Library prize. A former police officer, he lives in Perthshire, Scotland, with his wife. His novel The Devil Aspect is out now.

Of Love, Madness, and Death: Notes Toward a Literary Autobiography 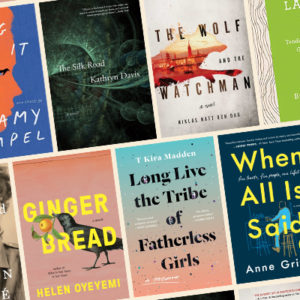