TODAY: In 1931, the English writer Arnold Bennett dies of typhoid in London, shortly after a visit to Paris, where he drank local water in an attempt to prove it was safe.

Julie DiCaro on sexism in broadcast journalism • Marina Abramović on encountering the body • How Mark Twain documented an early transatlantic cruise • Cheryl Thompson on finding space as a Black Canadian writer • Five books you might’ve missed in February • Nadia Hashimi reflects on writing full stories about Afghan characters • On the rise and fall of Charles Ponzi • The power of childhood memories • Learning to go with the flow, in writing and rafting • On the intricate craftsmanship of turning Urushi trees into lacquer • Laura Maylene Walter on the art of belief • What it’s like to operate on a 500-pound polar bear • Adrian Piper’s letter to editors • Helen Frankenthaler and the downtown art scene of 1950s NYC • Amity Gaige on taking a disastrous sailing trip for research • Remembering when women ran television • Five books that expand our idea of oral histories • Melanie Challenger considers the desire to be done with bodies • Why Alfred Hitchcock’s films still feel dangerous • Roy Yamaguchi on making a life as a poet • Mia Bay maps the dangerous history of segregated travel • Gina Nutt on horror films and everyday dread • Megan Fernandes finds life in pandemic New York • On the long history of racism in US tax laws • Asma Uddin on the complexities of the liberal-Islam coalition • Chris Colin asks writers to imagine a life without internet • When Dostoevsky hit the St. Petersburg literary scene • Daniel Heller-Roazen tries to pin down a little-known Kafka story • Ilan Stavans on the art of translation • Kelsey Osgood on the trope of Tragic Literary Woman • The senior editors of NOON talk running a nonprofit lit mag

Don Quixote, Franny and Zooey, Slaughterhouse-Five, and more rapid-fire book recs from Adam Levin • “There is blood here and vigor, love and hate, irony and compassion”: a 1959 review of Philip Roth’s debut • White Noise, Austerlitz, The Catcher in the Rye, and more rapid-fire book recs from Mark O’Connell • A biography of Francis Bacon, a history of female TV pioneers, and a darkly comic Japanese workplace novel all feature among the Best Reviewed Books of the Week

How Ramona Quimby Taught a Generation of Girls to Embrace Brashness

Beverly Cleary, beloved creator of Ramona Quimby, has died at the age of 104. 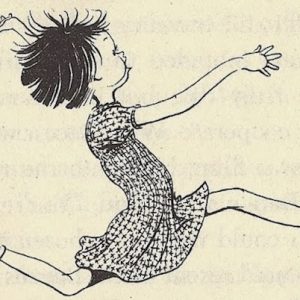 How Ramona Quimby Taught a Generation of Girls to Embrace Brashness

Plucky heroines abound across Anglo and American children’s literature, yet their own struggles with gendered strictures...
© LitHub
Back to top