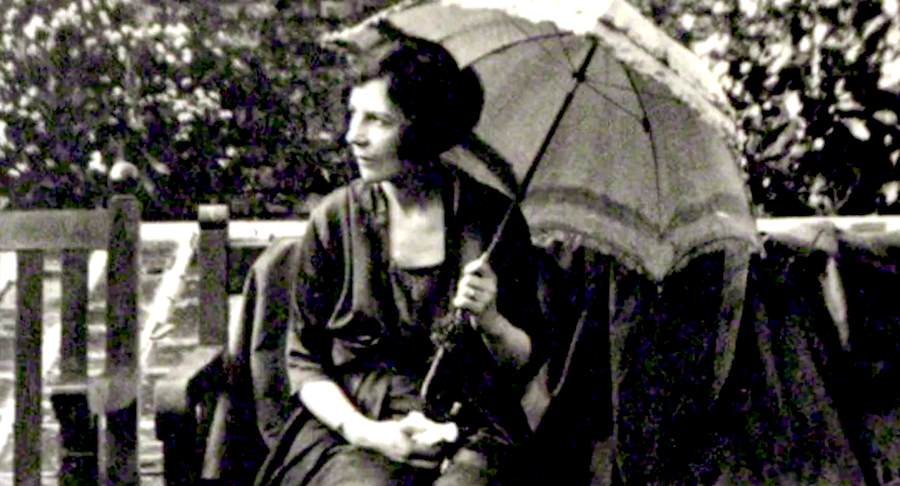 In August 1935, Vivien Eliot, the estranged wife of poet T. S. Eliot, boarded a train bound for Oxford from London. Oxford was where she had met her husband two decades prior: he a fastidious philosophy graduate student, she a flighty, charming governess. Legend has it she caught his eye as she punted down the River Cherwell, though in reality they were probably introduced during a luncheon. This time, though, she hadn’t come as a young lady in search of a new life, but rather a psychically fragile woman intent on memorializing her old one by bequeathing her archive to the Bodleian Library. Perhaps she felt then that preserving her papers for posterity might mean history could somehow fulfill the threat she had made in a letter to society hostess Ottoline Morrell the year prior: “But the truth will come out,” she wrote, “if not in our life—then after it —”

Vivienne Eliot might be pleased, then, to learn that decades after her death, she would be the subject of not one but two lengthy biographies: the first, Painted Shadow by Carole Seymour-Jones, published in 2001 by Anchor/Random House, and the recent The Fall of a Sparrow: Vivien Eliot’s Life and Writings by Ann Pasternak Slater, published by Faber & Faber. In many ways, they are projects with diametrically opposed aims. Seymour-Jones is blindly loyal to Vivien, pinning nearly all of the blame on her mental deterioration on Eliot and fond of conjecture, while Slater hews very closely to primary sources and is far more sympathetic to the poet. Despite their different interpretations, though, both of Vivien’s biographers share a common goal: to “rescue Vivien Eliot from undeserved obscurity” (Seymour-Jones) and to solidify her as a “fresh and wry talent all her own” (Slater). They have two main weapons in their arsenal: the argument that she had an outsized influence on Eliot’s oeuvre—she helped to edit “The Waste Land,” among other contributions—and her own small output of writing.

Whether one accepts Seymour-Jones’s interpretation or Slater’s, one thing is clear: of all the unhappy literary wives, Vivien Eliot has to rank among the most miserable. Born in 1888, Vivienne was raised in well-heeled Hampstead in a nouveau riche family with roots in the industrial North. She was pretty, but not a great beauty, clever, but not an intellectual (“Please tell, what’s the truth of this philosophy business?” she wrote to Eliot’s Oxford classmate Scofield Thayer). She and Eliot secretly married only three months after meeting and almost instantly began the downward spiral that would characterize their marriage.

They moved accommodations constantly, sometimes occupying more than one flat at a time, and took turns collapsing from vague neurasthenic complaints. Most of the couple’s friends in the Bloomsbury scene, including Bertrand Russell, Leonard and Virginia Woolf, Ottoline Morrell, and Ezra Pound, were not fond of Vivien; they felt her antic energy and constant health complaints hobbled Eliot (Virginia Woolf famously called Vivien a “bag of ferrets” Eliot was forced to wear around his neck). Still, there were bright spots: Vivienne published thirteen pieces in The Criterion while Eliot was the editor, and Eliot’s star rose higher and higher during their coupling.

Perhaps we return to the lives of tragic literary ladies for less savory reasons, too: because ultimately, we still enjoy rubbernecking at female pain.

After a number of nervous breakdowns, Vivien began spending stretches of time at sanatoriums. At times, both biographers resort to pathography, but it’s hard not to act as armchair psychiatrist when the subject’s maladies are so numerous and so baroque (Seymour-Jones suggests Vivien suffered from premenstrual dysphoria, anorexia, what was then called hysteria and bipolar disorders, while Slater adds on Munchausen’s and drug addiction). In 1933, Eliot decided to leave Vivien permanently, but Vivien, firmly in the grips of paranoia, convinced herself that he was in some unspecified danger (“it is kidnapping weather” reads one ominous diary entry) and began a stalking campaign. For five years after the demise of her marriage, Vivien hung on by a thread—frantically pacing the streets of London from one residence to another, hoarding Eliot’s silver, even briefly flirting with fascism, although the appeal seems to have been mostly sartorial—until her brother had her institutionalized in 1938. She died there nine years later.

Restoration of reputation is a typical aim of biographies of tragic literary wives, by now an established sub-genre. The formula is almost always the same: the wife of a writer was unfairly maligned or disenfranchised in life, then decades after her death, a champion unearths her flotsam and jetsam to prove that she was an unrecognized genius, perhaps even the true genius in the partnership. The Platonic tragic literary wife is of course Zelda Fitzgerald, the manic pixie dream girl of American letters whose life of champagne and straight-waist dresses was chronicled by Nancy Mitford in an eponymous biography (Mitford was Team F. Scott). Sometimes the posthumous reconsideration is done in hopes the wife will be seen as an artist in her own right; other times, as in the case of leonine Assia Wevill, who was an established ad copywriter when she met Ted Hughes, and Sofia Tolstoy, the workhorse amanuensis and housewife to Leo (she copied War and Peace by hand seven times), the biographer simply wants the wife’s contributions to her famous counterpart’s work recognized as integral.

Still further, the biographers sometimes say the women deserve some recognition because they inspired certain characters or themes. Usually, as in the case of free-spirited Frieda Lawrence, it’s some kind of combination of all these aims. Such scholarly re-examinations are not relegated to wives only: Alice James, the sister of Henry and William who also suffered from hysteria and lived a suffocated life in Brahmin Boston, and Lucia Joyce, daughter of James and frequent analysand, have both been subjected to it, while the journals of Lawrence Durrell’s daughter, aspiring playwright Sappho, were published in Granta after her suicide.

Not surprisingly, there is no equivalent phenomenon for men. There are, to be sure, fewer tragic males orbiting female writers, although there are exceptions, including Penelope Fitzgerald’s husband Desmond, an alcoholic lawyer who was disbarred for forging checks, and John Walter Cross, who tried to drown himself in the Grand Canal in Venice while on honeymoon with George Eliot. Surely this is because as a culture we have always been more tolerant of male eccentricity, not to mention that because men overwhelmingly occupied positions of power and acted as the cultural gatekeepers, their efforts—and ergo their lives—were more likely to be taken seriously. But perhaps we return to the lives of tragic literary ladies for less savory reasons, too: because ultimately, we still enjoy rubbernecking at female pain, and because we cannot abandon our collective cultural desire to equate misery with genius.

The problem with these revivifying efforts is that the work of the tragic literary woman is almost always threadbare, and, save for a few stylistic flourishes, subpar. Fitzgerald’s novel Save Me the Waltz, a thinly veiled account of the deterioration of the Fitzgeralds’ marriage, her obsession with ballet and her descent into madness, features some interesting descriptive phrases but is mostly dense to the point of incomprehensibility, like a lush jungle ultimately inhospitable to humankind. Sappho Durrell’s works are even less coherent, and they were probably only published at all because her intimations of father-daughter incest, which would shock the literary community (and therefore probably sell more copies of Granta). Lucia Joyce’s métier was modern dance, but her career was short-lived and her performances few and far between (her biographer sees this as a result of the trauma of growing up as Joyce’s daughter; it could also be simply that she wasn’t that talented or disciplined).

As for Vivien’s slim library, while her short fiction is slightly reminiscent of Jane Bowles’, populated as it is with socially stunted female characters to whom little happens and yet whose anxiety level remains at a fever pitch, most of her work is “structurally disjunctive, tonally unstable, occasionally pretentious, and fundamentally frivolous,” to borrow an assessment from Slater.

Arguing that these women should be seen as artists because they encouraged, provided practical feedback, or influenced the writer is a slippery task. Is talking to an artist about art in and of itself art? Is editing art? Is transcription? Is being a muse? Of course, it’s special to be a source of inspiration, but nearly everything that crosses an artist’s path is potential fodder. Eliot was deeply affected by World War I; Ted Hughes, by the magic and cruelty of nature; Durrell, by the dusty labyrinthine streets of Alexandria. Are these things, then, “art”? Or are the authors themselves the ultimate owners, filtering the world as they do through their unique lens, gathering flotsam and jetsam and collaging it into something completely new?

Just as often, too, the river flowed in both directions. Zelda was a careful student of her husband’s work, and, though he was livid when she depicted their marriage in her novel (he was working on The Beautiful and the Damned, which covered the same territory), he often solicited interest in her work from his many editorial contacts. Eliot closely edited Vivien’s writing, and similarly used his clout to try to place her work in magazines other than the one he edited, largely unsuccessfully. Seymour-Jones took his support to mean he was confident in her talent, but aren’t we all inclined to see beauty in anything our loved ones create?

What are we to do with our enduring fascination with the tragic literary woman? And what sort of treatment is she entitled to? Surely, she is a product of her era: it’s thrilling to imagine what Alice James, whose letters teem with poetry and intelligence, would have done had she not lived in a time when women’s lives were unfairly circumscribed. Naturally, she is also affected by the titans in her midst: even if the incest claims were baseless, it’s unlikely Durrell, with his gargantuan ego and his deep-seated misogyny, was a great father full stop, but especially to daughters, and Ted Hughes has a pretty abysmal track record as a husband. For some, like Zelda and Vivienne, it seems possible that preexisting conditions or predispositions to addiction meant that they would have struggled no matter who they married. But to treat the tragic literary wife as purely an historical abstraction or as a defenseless pawn in the hands of an omnipotent male, even in an attempt to defend or exalt her, is giving no more honor to her complexity than Woolf’s barbs did. The biographies that succeed, like Nancy Mitford’s and Slater’s, resist the narrative of the single cause, and strive to take in the whole woman, even if that means refusing to crown a queen.

In the end, who was the whole Vivien Eliot? Even over the course of two long biographies, a picture of a strong, healthy Vivien never emerges, perhaps because such a person never existed. She remains a cipher, always numbing, always withholding, her back towards us, racing out the door, a stranger, it seems, even to herself. And this, surely, is the greatest tragedy of all.

Kelsey Osgood is the author of How to Disappear Completely: On Modern Anorexia, which was a Barnes & Noble Discover Great New Writer's pick. She has contributed pieces to publications including New York, The New Yorker blogs, Time, Harper's and Longreads. She lives in London with her husband and is working on a book about religious conversion.

On Francis Drake the Pirate, Queen Elizabeth I, and the Age of Empires 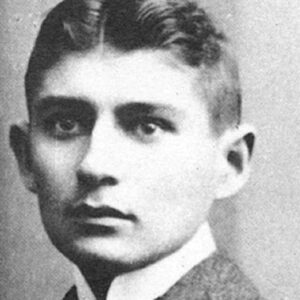 Between 1916 and 1917, a most unusual person makes a small number of fleeting appearances in Franz Kafka's unpublished papers....
© LitHub
Back to top