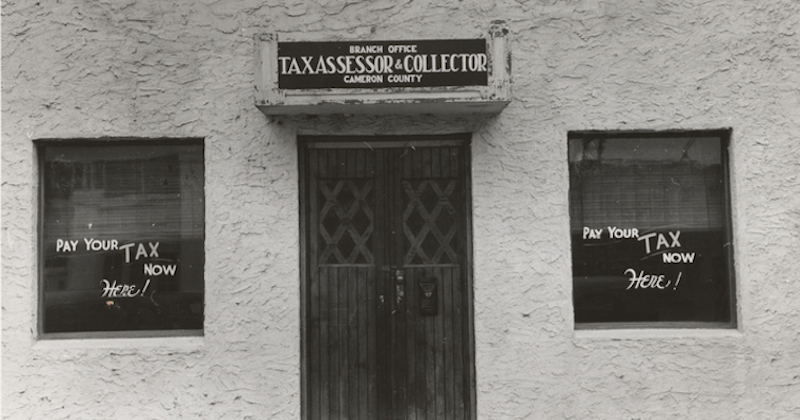 How the US Government Created an (Almost) Exclusively White Middle Class

Dorothy A. Brown Considers the Long History of Racism in the US Taxation System

By Dorothy A. Brown

It’s long been understood that blacks and whites live in separate and unequal worlds that shape whom we marry, where we buy a home, whom we have as neighbors, and how we build a future for our children. Race affects where we go to college and how we pay for it. Race influences where we work and how much we are paid. What my research showed was that all of this also determines how much we pay in taxes. Taxpayers bring their racial identities to their tax returns. As in so many parts of American life, being black is more likely to hurt and being white is more likely to help.

The implications of this go far beyond the forms you file every April. In the long run, tax policy affects whether and how you’ll be able to build wealth. If you’re eligible for tax breaks, you either pay less in taxes throughout the year or receive a larger refund in the spring. If, like my parents, you’re considered ineligible for a particular tax break, you never see that money.

One missed tax break may not sound like much, but those dollars not given to Uncle Sam can be put into your bank account, invested in stocks or property, or used to build home equity through improvements or repairs every year. Think of that money as an annual pay raise—but if you do not get it, you cannot save it. Over time those dollars, or the lack of them, add up to increased or depleted wealth.

Needless to say, I didn’t learn any of this in school.

When I looked at my parents’ marriage, however, I began to realize that what I learned about horizontal equity was incorrect, or at least incomplete. Income and circumstances are not the same: A married couple with one working spouse, an investment banker, who makes $100,000 is not in the same circumstances as a nurse and a plumber who each earn $50,000. When viewed through a racial lens, we see that the latter situation is more likely for black taxpayers than white ones—and worse, the tax break goes to the single-earner couple, not the dual-earner couple. Our tax policy does all this in the name of horizontal equity, with no consideration that when you look beyond total income, the concept is just plain wrong!

That doesn’t mean that the joint tax return was created as a way to punish hardworking black women and their husbands. Like most tax policies, it was the result of decisions made by many different actors, over many years. But when those actors—members of Congress, judges and clerks, lobbyists, and more—sit down to craft or modify tax law, they bring their conscious and unconscious biases to the table. And our most foundational tax laws were created at a time when racial bias wasn’t just common—it was the norm and quite legal.

Our modern income tax system traces its roots to the Revenue Act of 1913, which instituted what’s called a “progressive” income tax system: In theory, tax rates increase as income increases. The idea is that the wealthy—those with the greatest “ability to pay”—should carry more responsibility for funding government services than those who make less. The new federal income tax replaced a system of indirect taxes on imports and tariffs on tobacco and alcohol, which hit the poorest Americans the hardest because they paid the same tariff rates as the wealthy despite having less ability to pay.

The Revenue Act was passed by a Congress without a single black member and signed into law by President Woodrow Wilson, whose cabinet implemented (some historians say continued) racial segregation in the federal civil service. By the summer of 1913, Treasury Secretary William G. McAdoo, who oversaw the Bureau of Internal Revenue, the precursor to the Internal Revenue Service, had segregated toilets, lunchrooms, and working areas. In defending the Jim Crow practices, McAdoo said, “There has been an effort in the Department to remove the causes of complaint and irritation where white women have been forced unnecessarily to sit at desks with colored men.”

But while the department tasked with carrying out the new Revenue Act worked to diminish its black employees, it wasn’t thinking of black Americans as taxpayers—a policy rooted in prejudice that nonetheless worked to black Americans’ advantage. The system had been designed by whites (in Congress) to tax certain (working-class) white taxpayers less, and other (wealthy) white taxpayers more.

Our most foundational tax laws were created at a time when racial bias wasn’t just common—it was the norm and quite legal.

Under the new law, only those who earned more than $3,000 as individuals, or $4,000 for a husband living with a stay-at-home spouse, were required to pay federal income tax. Between 1918 and 1932, this amounted to an average of 5.6 percent of Americans paying federal income tax each year. In the late 1930s, the highest tax rate (for those with incomes greater than $5 million) applied to a single individual: John D. Rockefeller.

A generation or two removed from slavery, few black Americans had this kind of money, and the Great Depression only made their situation worse. In the 1930s, roughly 80 percent of black Americans were living in the South, and their unemployment rates were much higher than those of white Americans. Nearly 70 percent of Atlanta’s black residents were unemployed in 1934—at least double the number of white Atlantans without a job. One reason for this disparity is that during the Great Depression, when so many Americans were desperate for work, it was a regular practice for companies to replace black workers with white ones.

In 1936, more than half of all southern urban black families reported annual incomes of $750 or less, compared with 12 percent of white families. The median annual income for black families in Atlanta was only one-third that of white families in southern cities. While more than a quarter of white Americans earned more than $2,500, less than two percent of black Americans fell into that category. Mired in poverty and unemployment, black Americans in general were beneficiaries of a policy that taxed only the wealthiest Americans. But that would soon change.

When the United States entered World War II in 1941, after the bombing of Pearl Harbor, Congress passed another Revenue Act to fund the war effort, almost doubling the number of Americans required to pay taxes. Two new laws in 1943 further expanded the reach of the federal income tax system: First, Congress passed the Current Tax Payment Act, a bill requiring withholding, where taxes were taken out of employees’ paychecks at the source. (There had been no need for such a widely applicable system until the vast majority of workers became liable for taxes.) Then, the Revenue Act of 1943 dropped exemptions to just $600 of income for single taxpayers and $1,200 for married taxpayers. In 1945, the median income for white families was just under $2,800, and for black families it was roughly $1,500. Many black Americans, just like their white counterparts, became taxpayers for the first time as the taxpayer rolls exploded from seven million to more than 42 million between 1940 and 1945.

After the war, the new taxation system stayed in place, creating an expanded income tax base. Federal revenue from individual income taxes increased exponentially: from $400 million in 1934 to almost $30 billion in 1954. The flood of new revenue allowed the federal government to provide additional services. Returning service members could use GI benefits to attend college for free, and their families could become homeowners thanks to loans insured by the Federal Housing Administration (FHA). Between 1944 and 1971, federal spending for the GI Bill totaled more than $95 billion. But even as black Americans paid into the system, they were unable to reap its benefits.

“No other New Deal initiative had as great an impact on changing the country” as the GI Bill, writes Ira Katznelson, Ruggles Professor of Political Science and History at Columbia University, in When Affirmative Action Was White. Katznelson’s work explains how the GI Bill left the responsibility for implementing its homeownership, small-business, and education benefits up to state and local governments, many of which upheld the Jim Crow system.

Even as black Americans paid into the system, they were unable to reap its benefits.

On the federal level, the FHA engaged in redlining of neighborhoods where black Americans lived, rendering homes there ineligible for low-interest-rate 30-year FHA-insured loans. At the same time, legal and de facto discrimination prevented black Americans from buying homes elsewhere. Black veterans faced similar barriers at colleges and universities, few of which would enroll them.

Black and white workers both paid the federal income taxes that generated the revenue to finance these benefits, but black Americans were prevented from receiving them. They could only watch from the sidelines as their money helped fund the creation of a robust middle class, one that was almost exclusively white. (This was hardly the first time black Americans were left out of a leap forward, either: When the federal government, through the Homestead Act of 1872, made it possible to buy land cheaply, black Americans were largely excluded.)

Once I looked at the history of taxation in America, it became clear why so many tax policies have drastically different impacts on black and white families: They were created during a time when black families paid into the system without having the same legal rights to live, work, marry, vote, or receive an education as their white peers.

It was not until 1964 that the Civil Rights Act made it illegal to discriminate against black Americans in schools and in the workplace, and it took another year for the Voting Rights Act to guarantee black Americans the right to vote. The right for men and women to marry regardless of race wasn’t the law of the land until the Supreme Court decided Loving v. Virginia in 1967. The following year, Congress made it illegal to discriminate against black Americans in providing housing opportunities. The law told black Americans that we could go to college, apply for jobs, get married, and buy homes without being denied access solely because of our race. That’s a little more than 50 years to take advantage of the same rights that had been granted to white Americans for more than two centuries. The civil rights revolution moved the needle, but the struggle continues. 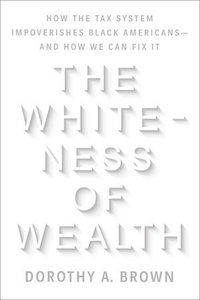 Excerpted from The Whiteness of Wealth: How the Tax System Impoverishes Black Americans—and How We Can Fix It. Used with the permission of the publisher, Crown, an imprint of Random House, a division of Penguin Random House LLC. All rights reserved. Copyright © 2021 by Dorothy A. Brown.

Dorothy A. Brown is an Asa Griggs Candler Professor at Emory University School of Law. A graduate of Fordham University and Georgetown Law, she received her LLM in Taxation from New York University. A nationally recognized scholar in the areas of race, class, and tax policy, she has published dozens of articles, essays, and book chapters on the topic. She has appeared on CNN, MSNBC, PBS, and NPR, and her opinion pieces have been published in CNN Opinion, Forbes, The New York Times, and The Washington Post. Born and raised in the South Bronx in New York City, Dorothy Brown currently resides in Atlanta, Georgia. 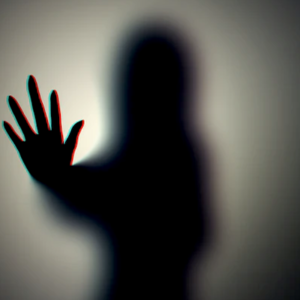 I used to imagine wanting someone alive would revive them, if caught right after dying. If I went after them, buoyed by reflexive...
© LitHub
Back to top
Loading Comments...