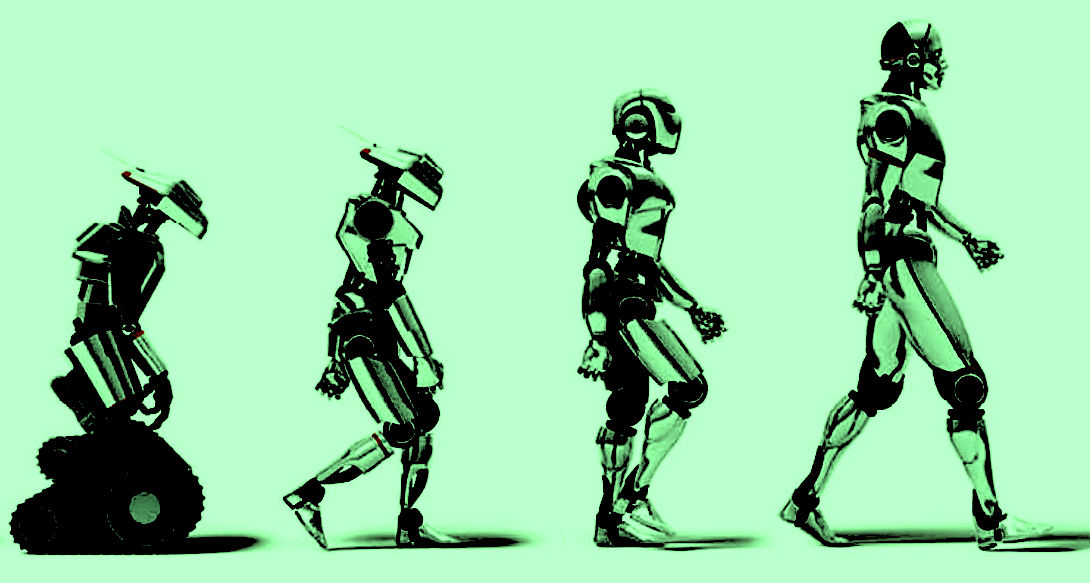 Melanie Challenger on the Endless Desire to Be Done With Bodies

The great minds of medieval Europe once spent a fair bit of their time struggling to make sense of angels. How could an angel, an ethereal being without eyes or ears, recognize Jesus’s mother Mary among the other women of Galilee? For Thomas Aquinas, the solution was in the ability of angel consciousness to pick out the unique signature of a person’s thoughts. Aquinas didn’t consider the small matter of whether angels might be ﬁgments of human imagination. Angels had something irresistible to say about animal life. If disembodied entities like angels were above humans in the ranks of beings, then intelligence didn’t need a body. The evolution into a superior state lay in the abandonment of ﬂesh.

These days, we have our own latter-day angelologists. Roboticist Hans Moravec sees a future of “exes”—short for ex-humans—existing in a post-biological world. “Physical activity,” Moravec tells us, “will gradually transform itself into a web of increasingly pure thought, where every smallest interaction represents a meaningful computation.” Such ﬂesh deniers are everywhere now. For a futurist like Giulio Prisco, the grand frontier of space “will not be colonized by squishy, frail and short-lived ﬂesh-and-blood humans… It will be up to our post-biological mind children.” Our enlightenment, these men claim, lies in the freedom from our animal bodies.

Similar views now motivate whole research programs and commercial enterprises dedicated to the notion that we can somehow exist without being animal. The embattled Human Brain Project, a multibillion-euro Swiss research initiative, alongside Hewlett-Packard, was conceived to build a whole simulation of the human brain in a supercomputer.

“The ultimate goal should be to model the unique capabilities that distinguish humans from other animals.” Around the same time, Russian media mogul Dmitry Itskov founded the 2045 Initiative with the aim of life extension for humans in the form of computer avatars. The aim is “to create technologies enabling the transfer of an individual’s personality to a more advanced non-biological carrier.”

Not to be outdone, Google’s Larry Page launched the Calico life-extension project, while its head of engineering, Ray Kurzweil, announced a few years ago that a “shot full of nanobots will someday allow the most subtle details of our knowledge, skills, and personalities to be copied into a ﬁle and stored in a computer.” Even the physicist Stephen Hawking stated that it is “theoretically possible to copy the brain onto a computer and so provide a form of life after death.” As a man whose body had forsaken him, we can hardly fault him for this.

Posthumanists are the intellectual heirs to ancient dualist ideas that it isn’t our bodies that make us who we are. An offshoot of humanism, these thinkers see the human condition as nothing more than a technical issue we’ve not yet solved. Today’s posthumanists are convinced that being human is neither here nor there, so long as personal consciousness is present. Individuals like Itskov and Prisco say to hell with the body. We can reboot the personality in an immortal form or project it out into space like human thought gone wireless. For them, the animal body is a problem best done away with. Where once humanists were concerned with making sense of how matter becomes thought, now posthumanists are concerned with how thought can escape matter. It’s an exotic twist on an old tale.

It should be noted that there are other posthuman projects of a very different character. Pioneered by philosophers like Rosi Braidotti, these belong more properly to visions of a world after humanism. These posthumanists aren’t seeking to get past being animals but to get past narrow humanist ideas about what humans are. In the words of Elizabeth Grosz, they are rethinking a world “beyond the limited perspective of human self-interest.”

Yet, despite such re-examinations, it remains a potent dream that our minds can save us from being animal. Driven by capitalism and libertarian fantasies of personal autonomy and frontiership, our experience is to be engineered for survival. Given enough time, we can be free of ﬂesh. The problem of being animal will be solved forever. Some vocal proponents revel in the talk of computer simulations of human intelligence inheriting life from the unfortunate ﬂesh-and-blood creatures that evolution has kicked out. But the attraction of machines and algorithms as evolution’s next stage is a stark reminder that it’s fear and not rationality that moves us.

Voltaire once counseled wryly, “The human brain is a complex organ with the wonderful power of enabling man to ﬁnd reasons for continuing to believe whatever it is that he wants to believe.” In seeking to extract our personal perspective like an oyster from its shuck, these posthumanists ask us to believe that something that has irreplaceable value can be replaced. This is a reckless idea. They fatally undermine the very thing they hope to save.

In any case, experiments and trials in the real world must ﬁrst be undertaken. For this, animals would be used and, later, humans. In the modern age, this means grant applications and ethics committees and a set of legal parameters. Historically, we have justiﬁed experiments on animals because they don’t qualify as persons to whom we might owe anything. In parallel, we have justiﬁed the need for the research and innovation because the ﬂourishing of human persons is thought to be a moral act. But, for this, we must assume that human persons are real things to whom we have moral duties. How then can we argue that they are only physical illusions that we should seek to replace?

It’s likewise a problem that such discussions are typically expressed in vague progressive terms. In a book on Alan Turing’s legacy, Ray Kurzweil wrote of “the freeing of the human mind from its severe physical limitations of scope and duration as the necessary next step in evolution.”

In his view, evolution moves towards “greater complexity, greater elegance, greater knowledge.” It’s a sentiment that is echoed often these days.

Advocates of technologies that see the next stage of human evolution as the abandonment of our organic bodies for an artiﬁcial and upgraded intelligence bring together an assumption that matter explains mental experience and that mental experience is mostly a set of problem-solving rules. But they also borrow from the old philosophical dream that the conscious thinking self is the quiddity of true value. In this way, they say, algorithms can be turned into the soul.

Our enlightenment, these men claim, lies in the freedom from our animal bodies.

What Kurzweil has in mind is evolution on a diet. Using only one aspect of evolutionary processes as a grounding principle is like using ﬂow to justify a river. Darwin never made such a mistake. At its heart, evolution is about dynamic interactions, not progress. Life reaches its endless forms by blind genetic mutations and recombinations, some of which become more common because they help the individual in their lifetime. Differential survival and reproduction results in the physical changes to species. But the changes that emerge aren’t in one direction, nor are they about improvement.

Evolution can both create more complex organisms, which looks a lot like a direction, without creating better organisms, which would give direction a purpose. Evolutionary changes can be staggeringly slow, as in the rare goblin shark, a pale mash-up of a creature that has been much the same for over 100 million years. It lives in the deepest parts of continental slopes and seamounts, swimming slowly, eating when food swims too near. In its twilit world, there’s little to trouble its quiet life. Other changes can be rapid and substantial but largely invisible in their effects. Dart frogs in the Amazon were separated over a period of 30 years by a motorway. They don’t look different but they’re genetically distinct.

It’s never easy to tell from genetic mutation when speciation occurs or if a marker results in a new behavior. It’s even less clear what a new species, more complex or otherwise, has to say about the relative importance of living things.

“In 3,000 years,” Tanzanian anthropologist Charles Musiba told me, “if some future humans traveled back and saw the Mbuti people [pygmy hunter-gatherers of the Congo region], would they see them as less important, less evolved?” Whatever else it is, evolution isn’t a process of enhancement. In dressing up salvation in evolutionary language, posthumanists use science to justify prejudice.

What’s more, our biology biases our thinking in some critical ways. Locke wished to see a person as made from their relationship to memories of the past and imaginings of the future. When people think about personal identity, treasured and even painful memories make up much of the content. Yet when people consider what they want to save of themselves, they tend to single out the stage of a healthy adult. What people favor is an adult of reproductive strength. It takes little imagination to recognize why we might favor this phase of life. But what does this mean for the aged, the young, or those with different kinds of perception, such as people on the autism spectrum or with Down’s Syndrome? Presumably they aren’t worth saving in the same way.

A similar set of dilemmas beset early theological debates. If people were to be resurrected at the end of days, what stage of a person’s life would return? Would the ﬂesh reanimate or only the spirit? Would we stay forever as the age that we died?

Endlessly, it’s the animal body and its life cycle that causes the muddle and our stubborn longing for the supposed best days of our lives. 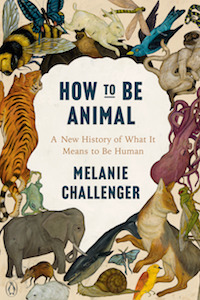 Excerpted from How to Be Animal: A New History of What It Means to Be Human. Used with the permission of the publisher, Penguin Books, an imprint of Penguin Publishing Group, a division of Penguin Random House, LLC. Copyright © 2021 by Melanie Challenger.

Melanie Challenger works as a researcher on the history of humanity and the natural world, and environmental philosophy. Her first book, On Extinction: How We Became Estranged From Nature, was selected by Publishers Weekly as one of the best non-fiction books of 2012. She received a Darwin Now Award for her research among Canadian Inuit and the Arts Council International Fellowship with British Antarctic Survey for her work on the history of whaling. She is also an award winning poet.

On the Emotional Complexity of Teaching in the Age of COVID 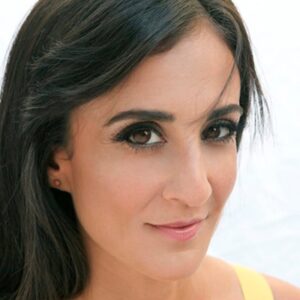