Marco d'Eramo on Innocents Abroad, the Account of an Early Transatlantic Cruise

Samuel Clemens, better known by his pen name, Mark Twain, in 1869 wrote Innocents Abroad, the seminal text for anyone interested in the study of tourism. Of all Twain’s published works, it was Innocents Abroad that gained the most popularity during his lifetime: it sold 100,000 copies, and 70,000 in the first year alone. Today we generally remember Twain for his novels, but his contemporaries were in fact far more interested in his travel books. The Adventures of Tom Sawyer, for example, sold 24,000 copies in its first year, and The Prince and the Pauper a mere 18,000.

Innocents Abroad is an account of Twain’s 1867 trip aboard the cruise ship Quaker City, the first organized cruise taking visitors from the United States around the Old Continent. The boat stopped off in Marseilles, allowing passengers to take a trip to Paris and Lyons, then Genoa, from whence they went on to visit Milan, Lake Como, Padua, Verona and Venice. The boat then moved down to Livorno, allowing a visit to Florence and Pisa, then Civitavecchia so that they could see Rome, and so on. There were also stops in Athens, Constantinople (Istanbul), Smyrna (İzmir), the Holy Land, Egypt for the pyramids, and elsewhere, before the boat finally returned to the United States.

Upon boarding the Quaker City, Twain was 32 years old and an experienced traveler. In the previous year he “had gone to the Sandwich Islands, travelled extensively there before returning to San Francisco in August, 1866; had taken to the lecture platform, touring his way to Virginia City, Carson City, and back to San Francisco; had sailed to New York via the Isthmus after a harrowing voyage on a cholera-swept ship; had taken a two month trip from New York to Saint Louis, Hannibal, and Keokuk.”

Mark Twain stood, therefore, at “the beginnings of what can be termed the Tourist Age.”

Mark Twain’s Innocents Abroad tells us not only about the past but also about the present. From the pages of this book emerge a tentative response to the question of what motivates the tourist. What compels tourists to exhaust themselves traveling at such expense? To use the little free time at their disposal wearing themselves out like this? What’s the point?

Is the need to compare reality to imagination sufficient justification to warrant the investment required to become a tourist?

These are some of the implicit questions Mark Twain answers when he writes that “in a little while we were speeding through the streets of Paris and delightfully recognizing certain names and places with which books had long ago made us familiar. It was like meeting an old friend when we read Rue de Rivoli on the street corner; we knew the genuine vast palace of the Louvre as well as we knew its picture.” And along the same lines: “We went to see the Cathedral of Notre Dame. We had heard of it before. It surprises me sometimes to think how much we do know and how intelligent we are. We recognized the brown old Gothic pile in a moment; it was like the pictures.”

As a tourist in Paris, Twain seeks confirmation of what he has read and proof that the images he has seen in newspapers and book illustrations are real. As Dr Johnson observed in a 1773 letter, “The use of travelling is to regulate imagination by reality, and instead of thinking how things may be, to see them as they are.” The utility of travel is that one can compare what one sees with what one had previously imagined, and so calibrate, correct and modify it.

Put this way, the answer seems simple. Yet there is still something missing. Implicit in Twain’s travelogues from Paris and, as we shall see, those from Milan and Palestine as well, is a further question, boring away like woodworm: is the need to compare reality to imagination sufficient justification to warrant the investment required to become a tourist?

As the number of tourists increased over the many decades following the voyage of the “innocents,” this question became ever more compelling. What had seemed at the moment of its onset to be an extravagance (or, for the aristocracy, a vulgarity), turned into a mass social phenomenon, all the more difficult to fathom the larger the numbers of people it involved.

In the 1950s and ’60s, the flow of humanity that is tourism reached such gigantic proportions that the problem became impossible to ignore.

To begin with, the tourist question was brushed aside, as we have seen, by a condescension that rendered any question of motives superfluous. If the tourists are merely a herd, there is no reason to explain why these bipedal bovines migrate. This was, after all, the golden age for theories of crowd psychology.

Yet in the 1950s and 60s, the flow of humanity that is tourism reached such gigantic proportions that the problem became impossible to ignore. The question was thus posed: what is it that really attracts the tourist? Or, to make a slight but significant semantic adjustment, what does the tourist attraction consist of? Olivier Burgelin attempted to reply to this question in a somewhat pompous 1967 survey of ‘the theory of sightseeing’ for the review Communications, founded by Roland Barthes and Edgar Morin. The neologism “sightseeing” had been coined in 1847, only two years after the first trip organized by Thomas Cook. The term is defined by Webster’s dictionary as “the act of visiting and seeing places and objects of interest.”

In its early, less hypocritical formulations, the so-called theory of sightseeing was hardly a theory. Rather, it was a repackaging of that age-old contempt for the parvenus, the plebeian masses, now poorly disguised as a discourse on the inauthenticity of mass culture. The University of Chicago social historian Daniel Boorstin thus answered the question of “what attracts the tourist” in the following terms: “The tourist looks for caricature; travel agents at home and national tourist bureaus abroad are quick to oblige. The tourist seldom likes the authentic (to him often unintelligible) product of the foreign culture; he prefers his own provincial expectations. The French chanteuse singing in English with a French accent seems more charmingly French than one who simply sings in French.”

In the tourist’s preference for their “provincial expectations” we hear echoes of Samuel Johnson’s “regulating imagination by reality,” only now with a derisory tone. Boorstin, predictably, takes the trite distinction between the traveler and the tourist and transfers it to the term “sightseeing” itself: ‘The traveller was active … The tourist is passive: he expects interesting things to happen to him. He goes ‘sight-seeing.’” 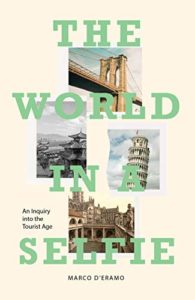 Marco d'Eramo is an Italian journalist and social theorist. He worked at the newspaper il manifesto for over thirty years. He writes for New Left Review, MicroMega and the Berlin daily Die Tageszeitung. His books include The Pig and the Skyscraper: Chicago, A History of Our Future, which has been translated into several languages. He lives in Rome. 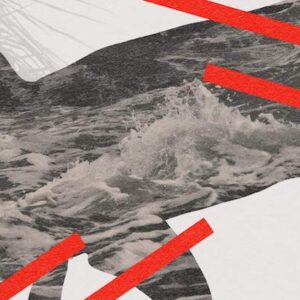 Occasionally, as I scroll through pages and pages of listings to find the books I highlight here, something leaps out at me. A theme,...
© LitHub
Back to top
Loading Comments...