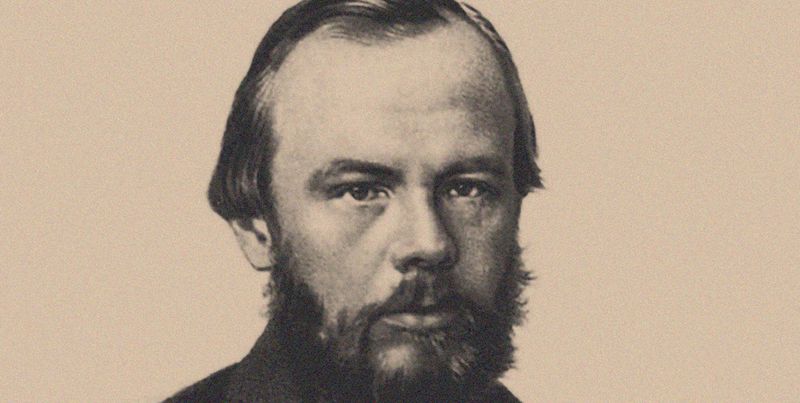 I don’t think my glory will ever be greater. Everywhere there is a passionate curiosity about me. Everyone considers me a prodigy. Belinsky couldn’t love me more. The other day, the poet Ivan Turgenev returned from Paris and immediately became attached to me with such devotion that Belinsky reckons he has fallen in love with me. I have practically fallen in love with him myself. A poet, a talent, an aristocrat, handsome, rich, intelligent, educated, twenty-five years old.

A head taller than Fyodor Dostoevsky with sky-blue eyes, and fluent in French and German, Turgenev already had the air of a man of the world. He had spent time abroad, studying at the University of Berlin at the same time as Karl Marx and meeting George Sand, who was infamous in literary Russia as one of the only radical voices from the continent that had slipped through the net of censorship. Turgenev was not yet making much of a living from his writing, but his mother had an estate numbering 5,000 serfs, so he could afford to take his time. He was everything, in short, that Fyodor wished to be. (Or so Fyodor thought. In reality, Turgenev’s mother was miserly and refused him an allowance, so he borrowed money to pay for his tailoring and always contrived to leave dinner before the bill appeared.)

In the evening Turgenev read my work to our entire circle, that is, to twenty people at least, and it caused a furore. Belinsky said that he has complete faith in me, because I am so versatile. I have a deep well of ideas, but I can’t talk about any of them to Turgenev for fear that tomorrow, all of Petersburg will know about it. If I began to recount all my successes for you, I would run out of paper.

Fyodor was soon invited into the circle of Ivan Panaev, another of St Petersburg’s taste-makers. The first night he went along with Nekrasov and Grigorovich, his face was contorted into a rictus of social anxiety, but the others encouraged him, and he began to come out of his shell. Panaev was great fun—funny and childish. I think I fell in love with his wife. She is not only intelligent and pretty, but very nice and straightforward. Avdotya was about the same age as Fyodor, and was quietly at work on her own short stories. He took to her immediately. She went out of her way to be welcoming and kind to him, seeing that he was so nervous. He watched her move around her salon like a dancer, every movement keeping time with some silent music. She was beautiful, too, with silken black hair, a perfectly straight nose and olive skin. But it is not enough to grow fond of people—one must possess the art of making people fond of you. Fyodor later found out that Madame Panaeva was already ensconced in a ménage à trois with Nekrasov.

As he grew in confidence, Fyodor began to speak more freely (and loudly) at the meetings of their circle. It didn’t take long before he found himself arguing about both literary and political matters, even with Belinsky, whose flippant attitude to Christianity wounded Fyodor deeply. At the same time Fyodor was working hard to finish The Double, the story of a low-ranking civil servant called Golyadkin who is haunted by a doppelgänger, a man just like him, and yet suave, attractive, somehow imperceptibly better at being himself.

In the crucial scene before he meets his double, Golyadkin inveigles himself into a party, where he stands awkwardly in front of his boss’s daughter, the beautiful Klara, stammering and floundering and blushing, before retreating to the corner of the room and fantasising about saving her from a falling chandelier. Golyadkin lurches forward to grab Klara’s hand for a dance and she shrieks; he is detached from her by the other guests and directed quite firmly towards the stairway at the entrance, where he stumbles and falls down the stairs into the courtyard. Shortly after that, he is confronted by his second self, and the impostor begins to take his life from him, piece by piece. It ends in the only way possible: he is driven off to the asylum.

Fyodor was soon invited into the circle of Ivan Panaev, another of St Petersburg’s taste-makers.

The Double was published by Notes of the Fatherland in February 1846, just weeks after Poor Folk was published in Nekrasov’s Petersburg Miscellany. Belinsky praised Dostoevsky ’s talent and depth of thought in general terms, but he also stuck the knife in: “It is obvious that the author . . . has not yet acquired the tact of measure and harmony, and, as a result, many criticize even Poor Folk not without reason for prolixity, though this criticism is less applicable there than to The Double.” Fyodor had been right that his fame had peaked in the autumn, but he could not have foreseen how quickly it would desert him. This new development revealed the terrible paradox at the heart of paranoia: yes, perhaps it is unreasonable to believe that people are insulting you behind your back, but that doesn’t mean they are not. Grigorovich, for reasons best known to himself, began reporting to Fyodor that the others were having great fun at his expense. Turgenev and Nekrasov had been passing around a strange poem about a poor knight, a fragment without a beginning or an end, in which they pretended to be Belinsky addressing Fyodor, “The Knight of the Doleful Countenance’:

Upon the nose of lit
You blossom like a zit

They take a malicious delight in spotting every one of my mistakes. They even teased Fyodor for the sudden illness that had overtaken him at the party of a local Count, Mikhail Yurevich Vielgorsky. While there, he had been introduced to an attractive young blonde named Senyavina, who had been keen to meet him, but Fyodor had sadly failed to capitalise on this opportunity for a flirtation by losing consciousness and falling to the floor.

Soon Belinsky, Nekrasov and Panaev abandoned Notes of the Fatherland for a rival magazine, The Contemporary. Now openly hostile to the direction Fyodor’s writing was taking, Belinsky wrote that his new story, “Mr Prokharchin’, was ‘affected, maniéré, and incomprehensible.” Fyodor’s only defender was the new chief critic of Notes of the Fatherland, Valerian Maikov, a literary prodigy even compared to Dostoevsky. Two years younger than Fyodor, he had already made a name for himself as a formidable critic, and he saw that, whereas Gogol was a social poet, Dostoevsky’s talent was for psychology. ‘In The Double, ’ he wrote, “he penetrates so deeply into the human soul, he looks so fearlessly and passionately into the secret machinations of human feeling, thought and action, that the impression created by The Double may be compared only with that of an inquisitive person penetrating into the chemical composition of matter.”

This new development revealed the terrible paradox at the heart of paranoia: yes, perhaps it is unreasonable to believe that people are insulting you behind your back, but that doesn’t mean they are not.

The two young men quickly became close friends, their sympathies instinctively aligned. Maikov began preparing a long article about Dostoevsky ’s impressive output: Poor Folk, The Double, “A Novel in Nine Letters,” “Mr Prokharchin“ and now The Landlady. As soon as Maikov had finished it, the article would rehabilitate Dostoevsky as one of the most significant writers of his generation. Maikov was still working on it when, one summer’s day, he went out into the countryside near St Petersburg for a long walk and a swim, caught sunstroke, and died.

This did not help with Fyodor’s hypochondria. He now became morbidly fascinated by reading medical textbooks, particularly those on phrenology, mental illness and the nervous system, reading lists of symptoms in the hope of naming what it felt like to be him. Some nights he couldn’t sleep. He suffered from subtle hallucinations; he wrote fervently, almost manically. He began to mistrust his own senses and on one night convinced himself that he was going to die.

As it got darker my room seemed to grow larger and larger, as though the walls were retreating, and at dusk I gradually began to sink into a sort of mystic terror. It is a most oppressive, agonizing state which I don’t know how to define, something unnatural, passing all understanding, even as it takes shape and stands before me as a hideous and undeniable fact. It seems to me something like the anguish of people who are afraid of the dead.

It was around this time that Fyodor’s doctor, Stepan Yanovsky, bumped into him in St Isaac’s Square, being propped up by a soldier, his collar undone. He was delirious, and all he would say as Yanovsky led him home was, ‘I am saved!’ The doctor let some blood, which came out black—a worrying sign. Even when the patient had settled down, it was clear that he was anxious and unhappy. He seemed to have been suffering from some sort of nervous breakdown. When a man is dissatisfied, when he hasn’t the means to show what is best in him, to express himself fully (not out of vanity, but because of the urgent necessity of realizing himself ), he at once gets involved in some quite incredible situation; he takes to the bottle, or becomes a gambler, or a rabid duelist. Or, he might have added, a revolutionary. 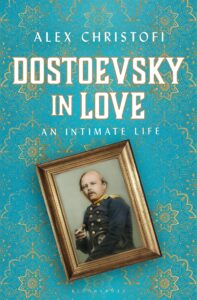 Alex Christofi is Editorial Director at Transworld Publishers and the author of the novels Let Us Be True and Glass, winner of the Betty Trask Prize for fiction. He has written for numerous publications including the Guardian and The White Review. Dostoevsky in Love is his first work of nonfiction. alexchristofi.com / @alex_christofi

On the Accidental Career of E.O. Wilson 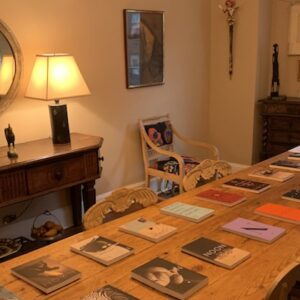 Here at Lit Hub, we're embarking on a new series called "Interview with a Journal." We'll be spotlighting standout literary...
© LitHub
Back to top
Loading Comments...