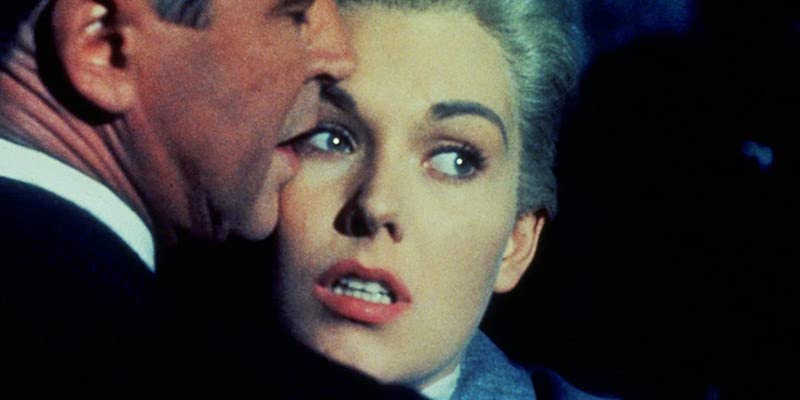 David Thomson on a Genius of Cinema

Forty years after his death, Alfred Hitchcock is still the best-known film director there ever was, or perhaps will ever be. A time may come when he stands for Movies in the way Attila the Hun bestrides the Dark Ages or Cleopatra signifies Ancient Egypt.

People do imitations of Hitch’s lugubrious voice, with the East Ender trying to sound respectable while knowing what a tease he was. No one wants to imitate his shape or his weight, but everyone knows he was as physically ponderous as he was dainty or precise with a shot and a cut. That contrast is so discerning of his contradictions. He was the most sedentary of film directors, or the least athletic, and he thrived in an age when several Hollywood directors prided themselves as sportsmen—Howard Hawks, John Huston, Raoul Walsh, Victor Fleming, Wild Bill Wellman, Henry Hathaway, Budd Boetticher. Those guys were striking enough to appear on screen. Huston, for one, had remarkable moments as an actor. His Noah Cross in Chinatown is as good as anything he ever did, and so seductive a monster he could have been in a Hitchcock picture. But the idea of Hitch on a horse is comical.

Hitch never dared take such a part, yet he released no picture without one of his cameo appearances. They could make fun of him or be deflating; they might be random, hardly noticeable. But they were a signature, a way of saying, Look, this is me, Hitchcock—I’m doing this. He was directing in an age when the general public did not yet care who a director was. The cameos were self-promotional reminders that in a dense, absorbing story he was in charge: there he is in a Stetson in Psycho, like a sentry outside the Phoenix real estate office as Janet Leigh enters after her lunchtime session. We don’t know what’s going to happen yet, but Hitch is telling us he knows. He seems foreboding. And as he grew to enjoy appearing on his TV show in the 1950s, a deadpan master of intrigue and fate who took no responsibility for either, so he reached out in the trailer for Psycho, where he is a mock agent trying to sell the Bates Motel. It was as if he didn’t take his own picture too seriously, or as if to hide its being the most devastating he had made. Or as if being a director was a trick of personality. He was vain, or selfglorious, but he was furtive, too.

That was a signal of how regularly Hitch stayed in hiding. He took his art (or whatever) very seriously, but he hated to seem naked for praise or understanding. Yes, it was him doing it— but who was he? Even when he consented to the book-length interview with François Truffaut—a key step in the cult of the director—he chose to stay matter-of-fact or anecdotal. He was happy to seem like an imperious technician and manipulator, but perish the thought of disclosing an artist, a soul, or why he needed such power. He hardly referred to how much fear meant to him.

In its opening up of horror Psycho foresaw so much about where cinema was going, and it let us know how sinister Hitch had always been.

Still, it is startling that he never won an Oscar as best director. It’s perverse, as if the Academy never understood what its own trade or magic was about. It is true that his first film in America, Rebecca, won best picture, and he was at least nominated for best director for that, and then for Lifeboat, Spellbound, Rear Window, and Psycho. But that leaves us wondering whether anyone noticed Suspicion, Shadow of a Doubt, Notorious, Strangers on a Train, The Wrong Man, Vertigo, North by Northwest, or The Birds. Any of those films is more interesting than Lifeboat or Spellbound, two foolish show-off pictures

So many of Hitchcock’s movies flourished at the box office. He was in demand and in the 1950s he had an unrivaled reputation for mystery and suspense. Even so, Psycho took everyone by surprise—though it played with a life-size cardboard cutout of the director in theatre lobbies warning that there would be no admission after the film had begun. That was asserting control, and the proper concentration in seeing a picture. We were put on the spot—there was no more carefree moviegoing. In its opening up of horror Psycho foresaw so much about where cinema was going, and it let us know how sinister Hitch had always been. A knowing cinema of cruelty—beyond mere exploitation—had been ordained.

Psycho coincided with a new kind of criticism and film history. It was exactly the film to demonstrate that Hitchcock the cunning entertainer might be a genius. He was admired by the directors of the French New Wave, and that led to his reappraisal in English-speaking countries and his figurehead role in the spread of film studies in colleges and universities.

The sedentary personality of Alfred Hitchcock suited the academic study of film—truly he identified with filmgoers (agitated yet still sitting), even if he had a way of telling audiences that he wanted to “put them through it” in the dark. It was the essence of his work that every shot, angle, and gesture had been premeditated and aimed, and the easiest way of teaching film is through directorial choices. Famously, he had his films planned out in advance so that the blueprints or storyboards could then be faithfully executed. He murmured that the shooting was often boring, but he took a week on the shower scene in Psycho.

Whether or not they liked Hitch’s tone and meanings, so many teachers discovered that his work was a treasury for education. In turn, that cultivated the feeling that a director could be a calculating mastermind who controlled every last detail. That wasn’t always true, but it was the way Hitchcock excelled. He was claustrophobic in his choosing, but that masked how his intensity left so many questions about life unasked. It was with The Wrong Man, so pointed and inescapable, that one had a glimpse of how close Hitchcock the Catholic was to despair in the cold universe. There comes a moment in that film where the wronged Manny Balestrero (Henry Fonda) is going to be redeemed—but his wife is already losing her mind. There are so few comforting bargains in Hitchcock.

It matched the fascination teachers and students found in deconstructing Hitchcock that a library of books came into being. As early as 1957, in France (before Vertigo had been seen), future directors Claude Chabrol and Éric Rohmer collaborated on a Hitchcock book that stressed his Catholicism and his attention to guilt and redemption. Robin Wood’s short book, Hitchcock’s Films, appeared in 1965. It dealt with only a few of the most recent films, but it was a model of insight. Biographies came along, by Donald Spoto, John Russell Taylor, and Patrick McGilligan’s definitive book, A Life in Darkness and Light, in 2003. There have been studies on Psycho. There is Dan Auiler’s examination of Vertigo. Camille Paglia wrote about The Birds. There are so many other scholarly volumes. But the shelf of Hitchcock books has to include Hitchcock et L’Art: Coincidences Fatales. That is the book of the exhibition created by Dominique Paini and Guy Cogeval that played in Montreal first in 2001 and then in Paris at the Pompidou, which is such a stimulating and yet suitably secretive tribute to film itself.

There has never been another director who has lain in wait for us with the same wrath or disgust.

What more could one ask for? The films are all available now in meticulous, finished, unequivocal versions. Hitch never stooped to belated director’s cuts. When he delivered a film it was done; there were no loose ends. If there were remaining mysteries, they were part of his plan. There would be sequels to Psycho, with Anthony Perkins becoming harrowed by the indignity as we watched. There was an alleged shot-for-shot remake of Psycho by the misguided Gus Van Sant, that only showed what tone, nuance, the texture of sound and light, and the desperate apprehension in faces meant to Hitchcock.

So many of the films that won best director in his time have gone stale and tedious—Going My Way, Gentleman’s Agreement, A Letter to Three Wives, The Quiet Man, Marty, The Bridge on the River Kwai, Gigi, Ben-Hur—films with minds as made up as hospital beds or plastic coffins. In contrast, so many movies by Hitch still feel dangerous. After all, Vertigo in 2012 was elected by the Sight & Sound critics’ poll as the best film ever made. That’s a silly label, but Vertigo’s stature is understandable. Not only was it a serious flop when it opened—let’s add that it is warped in its self-pity, its indulged neurotic behavior, its entirely implausible plot, and its ravishing beauty. It is also the thing that Hitch yearned for, but was always held back from—a sexual film. There may be no more erotic moment in American film than the apparent realization by the Kim Novak character that her rescuer, our Jimmy Stewart, has undressed her—just to get her out of her wet clothes—and seen her. And in her pretend unconsciousness she has known and felt him watching her and sighed at the tenderness of his shy hands. So much of Vertigo is comically far-fetched, but when it works it is perhaps the most insinuating film we have.

And the public disdained that film in 1958. No wonder the impassive Hitch thought we deserved some chastising or torture. There has never been another director who has lain in wait for us with the same wrath or disgust. He is so complicated that finally he became the very thing he was nervous of admitting, a true artist best measured in the company of Patrick Hamilton, Francis Bacon, or Harold Pinter. He saw no reason to like us or himself. 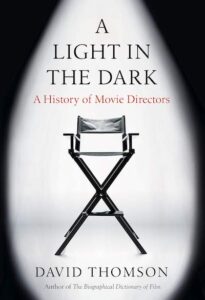 Excerpted from A Light in the Dark: A History of Movie Directors by David Thomson. Copyright © 2021 by David Thomson. Excerpted by permission of Alfred A. Knopf, a division of Penguin Random House LLC. All rights reserved. No part of this excerpt may be reproduced or reprinted without permission in writing from the publisher.

David Thomson is the author of The Biographical Dictionary of Film, Moments That Made the Movies, and the pioneering novel Suspects, which was peopled with characters from film. He lives in San Francisco. 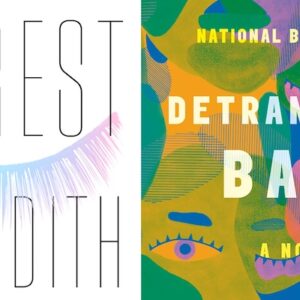 On this episode of Reading Women, Kendra and Jocelyn discuss Fairest by Meredith Talusan and Detransition, Baby by Torrey...
© LitHub
Back to top
Loading Comments...