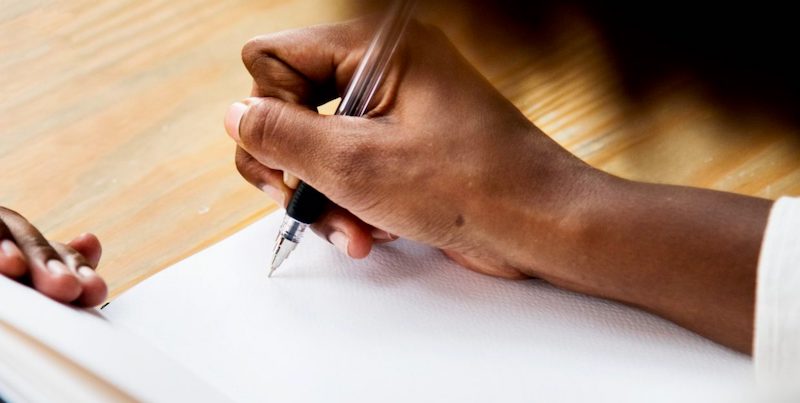 Cheryl Thompson is Grateful for the Wisdom of Toni Morrison

I never set out to become a writer, it just happened. One day in my early twenties, I woke up and felt this urge to write. Back then I was a music fanatic. On a whim, I sent an email to a music magazine inquiring if they had any openings for music reviewers. To my surprise, they replied, “Yes.” That was in 2002, and I have not stopped writing since. Today, I am an academic who writes books for a wide audience, not just a scholarly one. While there are many writers who loathe labels, I embrace them. I love it when I am called a “Black Canadian woman writer” in part because I have watched the example set by other Black women writers who have come before me. Most notably, Nobel prize-winning African American author Toni Morrison.

In a 2015 interview with The Guardian, Morrison was asked about being a Black writer, as opposed to being a writer, without the adjective. “I’m writing for Black people,” she said, adding, “in the same way that Tolstoy was not writing for me, a 14-year-old colored girl from Lorain, Ohio. I don’t have to apologize or consider myself limited because I don’t [write about white people]—which is not absolutely true, there are lots of white people in my books. The point is not having the white critic sit on your shoulder and approve it.”

In 2019, Morrison died at the age of 88. After her passing, she was described as, “the Black voice that refused to be whitewashed in America” and as a woman “appreciated for giving Black women a voice.” What made Morrison unique was that she was not only an author; from 1967 to 1983 she was an editor at Random House and in that role, she discovered numerous Black women writers, including herself (when she published The Bluest Eye in 1970 at the age of 39, no one at her day job knew she was a writer!). Most notably, she published the early works of Black feminist writers Gayl Jones and Toni Cade Bambara, and she convinced a young Angela Davis to publish her 1974 autobiography.

“She contacted me,” recalled Davis in a 2014 interview with UC Santa Cruz Review writer Dan White. “I wasn’t so much interested in writing an autobiography. I was very young. I think I was 26 years old…. But Toni Morrison persuaded me that I could write it the way I wanted to; it could be the story not only of my life but of the movement in which I had become involved,” recalled Davis, adding “She did not rewrite things for me, but she asked me questions. She would say, ‘What did the space look like? What was in the room, and how would you describe it?’ It was quite an amazing experience for me to have her as a mentor.”

Morrison, working within the castle so to speak, not from outside its walls, was able to bring Angela Davis’ story, and by extension, her writing, to a wide audience. We might have never known Davis in this way, and she might not have become the legend we know her as today if she had not had Morrison as her editor. She was there to not only shape Davis’ words but also to deeply understand the place(s) and space(s) from which she was writing from and about.

I never set out to become a writer, it just happened. One day in my early twenties, I woke up and felt this urge to write.

I can only imagine what it is like to work with a Black editor, but I know what it is like to be a Black educator. I see the look on my Black students’ eyes when they enter my classroom and see me at the front of it. I do not even have to say anything, my presence says it all—that there is a whole world out there filled with opportunity that is available to them. More Black editors would mean that the unexpected writer, like myself, would take more chances with their words, there would be safer—literary—spaces opened for them to push the boundaries of what’s possible.

As a Black Canadian woman, I have often used the writings of African American women like Morrison to find myself. The Bluest Eye, for instance, was the first book I read as a young girl that spoke to me even though Morrison was not writing for me—a 12-year-old Black girl from Scarborough, Ontario. Her writing, however, gave me permission to see my life experiences as worthy enough to share with others.

Morrison was unique not because she was a Black woman editor-turned-writer who told stories from the African American point of view, but for the unabashed attention she paid to Black people—their lives, hopes, and dreams—in America. She never explained who her characters were; instead she wrote them into being as they were in the Black communities she knew and could imagine.

Why does Canada not have an internationally acclaimed Black woman writer of Morrison’s stature writing about Black Canadians—our lives, stories, and communities?

It is not that bestselling, critically acclaimed Black women writers do not exist here. They do. For example, novelist Esi Edugyan is only the third person to win the prestigious Scotiabank Giller Prize twice for her books Half-Blood Blues and Washington Black. Edugyan is exceptionally brilliant at telling complicated stories about race, place, and history but at the same time, she does not write about Black experiences in Canada. She is a Black Canadian woman writing about Black characters based on her experiences, both real and imagined.

While this distinction seems like semantics, it is not. Our publishing industry has not historically embraced the notion of Black Canadians writing about Black Canadians. It is hard to think of titles of the last twenty years that centre Black characters or communities in everyday places and spaces that do not involve narratives of American slavery or the Underground Railroad—narratives that have tended to appeal to white Canadian audiences.

Why does Canada not have an internationally acclaimed Black woman writer of Morrison’s stature writing about Black Canadians—our lives, stories, and communities?

Where does a Black woman writer find her voice in an environment of double erasure—as not being white, but existing within a world where their Black Canadian lived experience, if too central to their writing, might alienate a white audience?

I believe that the structure of the Canadian publishing industry has a lot to do with the dearth of Black writing about Black people, places, and spaces in Canada.

According to a 2018 Canadian Book Publishing Diversity Baseline Survey of 372 anonymous respondents, published by the Association of Canadian Publishers (ACP), which represents 115 Canadian-owned and controlled English-language book publishers, 78 percent of book publishing heads are white, while only 2 percent are Black. Of the nineteen different possible responses to the question of race, 82 percent of respondents identified as white, and only 3 percent identified as Black. While there are no known statistics on the number of Black writers represented either by agents and/or publishing houses, the reality is that these numbers not only point to the fact that Black people are underrepresented in the industry, it also reflects what stories are understood to be important and what stories are not.

The truth is these numbers are not that surprising at all. Ever since #HollywoodSoWhite, a spotlight has been placed on all creative industries to think about equity, diversity, and inclusion. These conversations, which were accelerated in 2020 as a result of the Black Lives Matter movement, are important, but unless you are a Black Canadian author, you might not fully grasp what it means to be on the margins in your industry.

It means that at every step along the editorial process—from the initial submission of your manuscript, the revision process, marketing, and promotions—you do not work with or get feedback on your work from a Black (or racialized or Indigenous person) who might have a personal connection to the subject matter of your work. Your entire editorial experience is shaped through white eyes.

I know firsthand the challenges that come with writing a book with a specific lived experience and sharing that with editors and reviewers who, while supportive and understanding, have not always understood the depths from which I am speaking.

In 2019, for instance, I published my first book, Beauty in a Box: Detangling the Roots of Canada’s Black Beauty Culture. This book started as my Ph.D. dissertation in 2009. At that time, I was working with a white woman who did not get me or the project’s focus, even suggesting that I change my focus altogether to something else because it might be “too difficult,” they felt, for me to do what I was endeavoring to do, which was conduct a historical media study of Black beauty culture in Canada.

Where does a Black woman writer find her voice in an environment of double erasure?

With my eventual publisher, the editorial process was great and my editor, though also a white woman, really helped me find my voice, but she often acknowledged that her ability to know the topic was limited by not knowing the experiences outlined in the book. The process for my second book, Uncle: Race, Nostalgia and the Politics of Loyalty, was much of the same. My editorial team understood my voice and often encouraged me to dig deeper, but the issue of not having a Black voice through the process remained.

I think there has been an assumption in Canadian publishing that books on race can only focus on slavery, skin color, multiculturalism, or migration/immigration for white audiences to be interested in them. Of course, I could be wrong, but I am often asked whether my books address these very same topics, and if I say not really, I am then asked, why not?

I am a Black writer. I write from my own positionality, as a Black woman, not with a white critic on my shoulder, but with my community on my mind. I am imagining the Black reader as someone who has never read anything like this before, and as someone whose actions, thinking, and beliefs will be changed because they read my work.

As Morrison famously said, “If there is a book that you want to read, but it hasn’t been written yet, you must be the one to write it.” Black Canadian authorship is on the precipice of redefining itself, and I am excited to see what stories this generation of Black Canadian women writers will tell because they have, unequivocally, yet to be written. 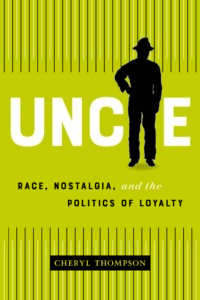 Uncle: Race, Nostalgia, and the Politics of Loyalty by Cheryl Thompson is available now via Coach House Books. This article originally appeared in the Winter 2021 issue of Write, the magazine of The Writers’ Union of Canada.

Cheryl Thompson is an assistant professor, School of Creative Industries, Faculty of Communication & Design at Ryerson University. She earned her Ph.D. in communication studies from McGill University. Prior to her position at Ryerson, Dr. Thompson was a Banting postdoctoral fellow (2016-2018) at the University of Toronto and the University of Toronto Mississauga (UTM). Her next book, Uncle: Race, Nostalgia and the Politics of Loyalty, will be published by Coach House Books in February 2021. 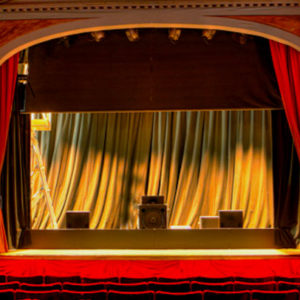 I grew up with a life scattered between languages, as many do in India. While I was educated in English, I performed my private...
© LitHub
Back to top
Loading Comments...