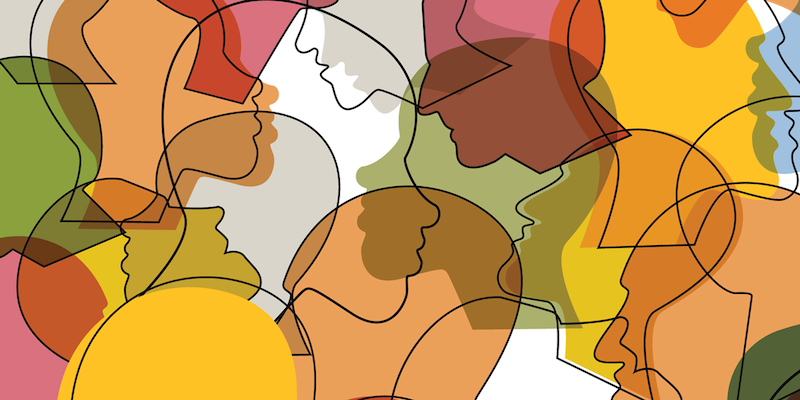 Voices of the People: 5 Books That Expand Our Ideas
of Oral History

I became interested in oral history after encountering Studs Terkel’s Working and the early works of Svetlana Alexievich and even Roberto Bolaño’s The Savage Detectives, which could be read as the most entertaining fictional oral history ever. My book New Yorkers is a portrait of the city featuring nearly 80 real narrators. Each voice is part of a chorus that, I hope, will reflect the vitality and resilience of the place. 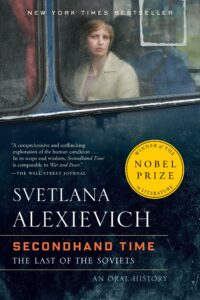 When I read her books, I marvel at how Svetlana Alexievich is both there and not there, never overbearing but present in outline in her encounters as she introduces a span of Russian voices that brings me—a resident of the west—into the memories and even the textures of the last days of the USSR. I go back to this book whenever I’m curious why is Russia the way it is. It’s all there in Secondhand Time—not just the recent past but intimations of what the country will become. In awarding her the 2015 Nobel prize the permanent secretary of the Swedish Academy said that Alexievich’s work amounts to ”a history of emotions—a history of the soul, if you wish.“ The great lesson from Alexievich is that if this history is to be soulful, its language cannot come from those who are paid to think, paid to speak, whose words are dulled by any sort of PR officialspeak.

For anyone writing oral history, this official language is death. It’s not language at all. Alexievich knows how to sit with her interviewees and appreciate that they may be strange, morose, reticent, but ultimately willing to offer a version of their story that hasn’t been drained of life. The encounters are intimate. I can almost smell the kitchens where these conversations take place and throughout the text Alexievich is alive to the pauses, the recalcitrance of human encounters. ”She falls silent“ is a phrase repeated over and over. I love Secondhand Time for the moments when Alexievich’s presence is fully revealed. She steps into the scene. The journalist merges, even just for a moment, with the subject. At the end of a particularly brutal and moving section in which an Armenian refugee offers up an account of a pogrom, Alexievich concludes with the italics: [And both of us cry]. 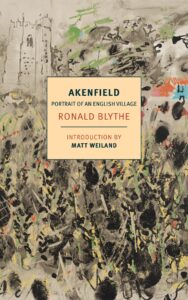 I know this book inside and out. I know its cramped typesetting and I’ve nearly memorized the intro in which the great English writer Ronald Blythe describes his interviewing project, which unfolded in 1966-67 and was published in ’69. Perhaps because I wrote a follow-up of sorts in 2006 I know the flatlands and hollowlands of the villages in East Anglia where Blythe conducted his interviews with farmers, orchard workers, thatchers and saddlers. (This was all long before I showed up in the era of commuters, gravel drives and gourmet pub lunches.) Blythe’s eloquent introduction features one tell-tale line: ”The book is more the work of a poet than a trained historian“—which is probably why he is alive to all the chewy language of the region, all that Suffolk voice, with its peculiarities and phrasings that occasionally seems to be plucked straight from the old testament.

While working on my own book, Return to Akenfield, I heard some of those old voices in council homes in the village, including when I visited an ancient rag rug picker. In 1966 Blythe’s interviewees reflected on the great industrial changes of the early 20th and even late 19th centuries. There are plenty of high points in his epic, but I always love the way the book ends, with the gravedigger, ”Tender“ Russ, whose two budgies, Boy and Girl, drown out any bad news that comes across on the radio. ”Dust to dust they say, It makes me laugh,“ Russ says. This is Suffolk. ”Mud to mud, more like.“ Russ tells Blythe he wants to be cremated. ”Straight from the flames to the winds, and let that be that.“ 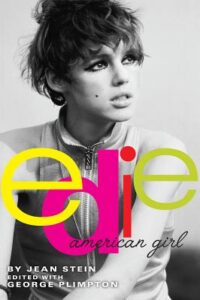 Stein worked with Plimpton to produce an oral history that was ostensibly about the actress and fashion model Edie Sedgwick. It must be. She’s there in the title. She peers out from the cover of my edition. But the brilliance of the book is in its structure and the way Edie swerves away from Edie. Sedgwick ”touched so many worlds,“ Stein once said in an interview, ”These different, alienated worlds in the 1960s—and the story is as much about all of those people as it is about her.“ Words like ”tapestry“ and ”chorus“ often get thrown around in discussions of these voice-driven books, but Edie is truly orchestral. Stein used Sedgwick’s brief life to investigate both the main players and peripheral figures of the Pop art scene in New York, as well as a whole cast that connects to Sedgwick’s patrician New England roots. The resulting book allows for a surprising variety of tone, and ends up an account of an entire era giving way to the next. All the while the narrative moves toward and away and around the tragic, wide-eyed figure at its centre. 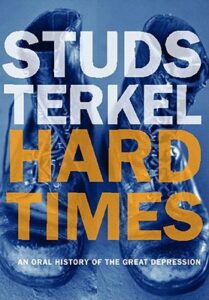 Certain images linger from Hard Times, Terkel’s sprawling account of the Great Depression. A man who worked the San Francisco waterfront describes the scene when four jobs were offered to a crowd of hungry workers:—“a thousand men would fight like a pack of Alaskan dogs” over them. I return to Hard Times for its imagery and its range. Terkel created a masterpiece out of dogged legwork. He got there, he tracked down the voices, including those who could provide expert testimony on dust bowl poverty and White House policy. He moves from the accounts of social activists to men riding boxcars. Each time I return to the book with more respect for the rich trove of personal details that might have been lost in the work of other historians. Terkel found fit to gather the quirks of speech and images a person carries with her—the stuff that wouldn’t show up in a polite obituary. And none of it feels like medicine. Terkel entertains throughout. You can tell he’s a collegial interviewer and I love knowing he criss-crossed the US with a clunky recorder. Much of the work that goes into oral histories remains off-screen. How does a writer set the stage to encourage his subject’s eloquence? Studs listened with respect and enthusiasm, and he passed to his readers a sense of discovery. Don’t tell us too much. Let character emerge from cadence, language, word choice. Let a person emerge in her own words. 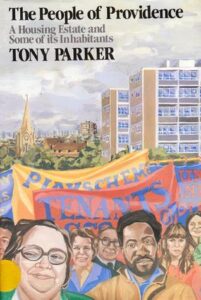 I wrote a book about London. Tony Parker was smarter. Instead of the whole city, he chose one housing estate south of the river and spent about eighteen months in the early 80s hanging around and listening to the thoughts of its residents—and you can sense, in each interview, how that time was spent building trust and familiarizing himself with individuals who then gave him, piece by piece, a collage of urban life. The book burbles along—there’s no other word for it—and part of the pleasure is following the flow of London language. The issues of Providence are revealed, including accounts of racism, classism, and the slog of poverty, but Parker is so patient with his interviewees that the large themes end up embedded in the living world of Providence with all its rich details. What I admire about the book is how deep Parker sinks into one setting. Writing about an entire city means a lot of movement, a lot of territory to cover. Parker finds in one tower block an entire world. Travel writing, he reminds us, doesn’t mean straying far. 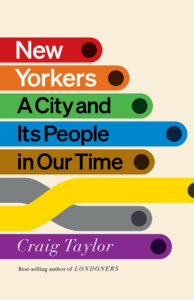 New Yorkers: A City and Its People in Our Time by Craig Taylor is available now via W.W. Norton and Company.

Craig Taylor is the author of the best-selling Londoners and the editor of Five Dials. His writing has appeared in the New York Times, the Guardian, the Globe & Mail, and McSweeney's. He lives in western Canada. 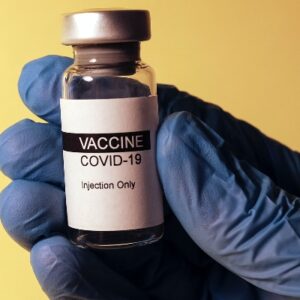