TODAY: In 1905, Arthur Conan Doyle publishes The Return of Sherlock Holmes in London after public pressure to revive his famous detective.

Lorrie Moore talks “getting morning coffee on the page,” the voiceover on Frontline, and ignoring writer’s block • The best one-star Amazon reviews of On the Road • Maira Kalman on illustrating

the domestic bliss of Alice B. Toklas and Gertrude Stein • On the dangerous tricksters of 4chan and the evolution of online toxicity • Meditations from the great Robert Stone • Sarah Blackwood on the lasting insights of Edith Wharton’s The Age of Innocence • Deb Olin Unferth didn’t expect to be writing from the point of view of a chicken—but here we are • Hilary Leichter on the derangements of late capitalism • On Frida Kahlo as photographic subject • Jessi Jezewska Stevens on the hidden power of the passive protagonist • David Lerner Schwartz on Choose Your Own Adventure and literary fiction • Nick Ripatrazone on the faith of Toni Morrison • Intan Paramaditha on the challenge of telling honest stories about the places we go • Tim Bakken on the self-deluded hubris at the heart of the American military •  Dylan Byron on the self-discovery of early literary love, Lord Alfred Douglas • A mother’s survivor’s guilt in the wake of Sandy Hook • John Feinstein searches for the heart of college basketball in the midst of March Madness • What’s the point of plants that make us feel high? • Writing and confronting terror in the form of a color • 10 books you should read in March • Hope Jahren on how high-fructose corn syrup became an American staple • David Nott on working to save lives in Aleppo’s secret hospitals during the Syrian Civil War • Robin D.G. Kelley on the roots of anti-racist, anti-fascist resistance in the US • Alison Stine on the problem of money and access at AWP

Robert Stone goes on the lam with Ken Kesey • Caitlin Mullen on the perpetual reinvention of Atlantic City  • “She is not a real person. She is a label.” Lizzy Steiner on cheerleaders, true crime, and the American Dream • 12 crime and mystery novels you should read this March • “Conquered and reconquered, colonized and commodified, Santa Fe understands…the intimacy of violence.” • How Arthur Conan Doyle helped a dying friend finish his mystery novel • Douglas Skelton wonders at the sublime inspiration of Scotland’s many remote islands • David Goodis’ bleak, beautiful vision of humanity • Lori Rader-Day and Deborah Halber discuss the early days of online sleuthing • “If the conflict in a story rises to the level of physical violence, writers have a responsibility to get it right”

Woody Allen's memoir has been cancelled. (Proof that protest works!) 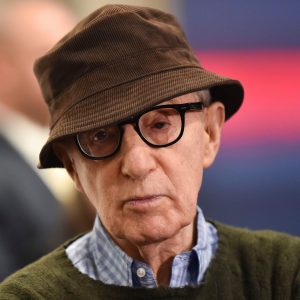 Woody Allen's memoir has been cancelled. (Proof that protest works!)

In a statement, Hachette Book Group has announced that it has cancelled its publication of Woody Allen’s memoir, Apropos...
© LitHub
Back to top