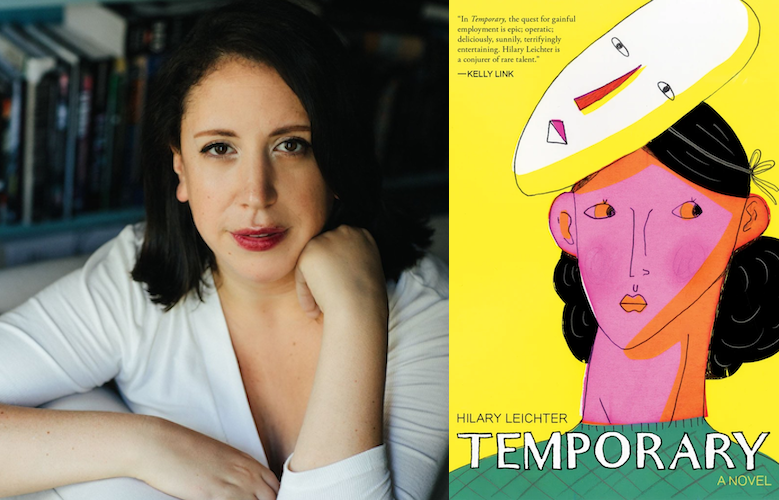 Kristin Iversen Talks to the Author of Temporary

Ten years ago, Hilary Leichter had a one-off job where she was required to stay up from 8pm to 6am and refresh a website every seven minutes to make sure it was still running. She was paid $200 for it—”a lot,” Leichter says now, “I was really excited.” Of course, that excitement faded when the website crashed at three in the morning, and she had to call the company’s CEO to report the failure and it was all “stressful and preposterous,” but it was also just another day in the gig economy. It was also, as it would turn out, great material for a subversive, hilarious look into the way a capitalist ethos has invaded the entirety of our lives.

In Temporary, Leichter’s debut novel, her long-ago job is faintly recognizable in one of the many surreal positions occupied by her narrator, which include piracy (literally) and bank-robbery. When I met Leichter for coffee recently, she told me that, rather than specific work experiences, it was “the ridiculousness of the smaller interactions” in the workplace that were what she was most interested in capturing in her debut novel Temporary, like the way once benign words—for example, “work” and “life” and “balance”—have taken on insidious implications, or been crafted into unfortunate portmanteaus, like “permalance.”

While a novel about an all but endless number of jobs (actually, 23) and a host of boyfriends (one for each of the narrator’s different needs) could feel tedious—as relentless as the actual daily grind of our lives—Temporary is anything but that. Instead, it’s an invigorating, life-affirming, bizarre, bittersweet reminder of what’s at stake if we let the scales tip too firmly away from life and into the realm of work, and why we need to resist such a fate as much as we can.

Below, I spoke with Leichter about capitalism, bringing emotion into the workplace, and what words have been totally ruined for her.

KI: Temporary is a book about work, and specifically the way so many of us work now. What was it about our current gig economy that made you want to explore it?

HL: I was working a lot: I was teaching in an undergraduate program, and I was tutoring five different people, and I had a temp job during the day—which is actually one of the only true temp jobs that I’ve ever had through a temp agency, all my other jobs are just kind of these random gigs. So I was temping, and I was revising all the things I had written during my time in coursework at Columbia, and I wanted something extra. So I was like, I’m just going to sit down and write about what my day-to-day life feels like right now.

Even though it felt important to me, I also realized that it wasn’t special. I realized that everyone around me was sort of in this same position and we were all just spending all of our time racing around—for what? We were just trying to stay afloat.

KI: Temporary manages to be both surreal and accurate in its portrayal of, you know, life under capitalism, it’s like seeing life reflected back through a broken mirror. It can be hard to do something new on a topic that has been covered so much before. What was your approach to writing about work?

HL: I felt like there were a lot of books that dealt with work in a really fun way. I didn’t think I had anything to add to that particular conversation about being young and in New York and ambitious and striving. I wanted to write about the emotional impact of work on a cellular level, and how it is so a part of our world because we live in a capitalist society. What does that mean for the emotions that are tied to it. Where do those emotions go? Where do they live? You’re not really allowed to bring emotions to work, and yet, we have them, they’re there. And that was curious to me and I felt like I could say something about that.

KI: The blurring of emotional and professional boundaries has gone from being taboo to being expected, and one way it’s been accomplished is through a new language that’s arisen surrounding work. But in Temporary you subvert the new work vocabulary, and use it to dismantle the ideas we have about work and capitalism. What was it like to use language as a tool to do that? What was fun about it?

HL: I think that corporate America, specifically, has this deadening quality when it comes to words, and they just know how to suck the life out of every adjective and noun. So, writing the book came from playing with language. The motto of the book—“there’s nothing more personal than doing your job”—came from a pun, because I worked for a long time as a personal assistant, and I wanted to play with the idea of what the word “personal” means, and I just keep going down these little rabbit holes through language.

When you look up these words and these origins, it’s boring and it’s maddening and there’s nothing interesting about the etymology of a phrase like “permalance,” and there’s nothing interesting about a phrase like “managing up” or “working remotely,” but I decided that one of the things that was important to me in writing this story was creating an etymology, create a new origin story and a myth for where these words come from that has emotion built into it. And so “working remotely” comes to mean, in the context of the book, being dead. [laughs] And a word like “personnel” has the sound of the word “personal” in it, and so “there’s nothing more personal than doing your job” becomes kind of a way of life as opposed to some faux-description of a job that isn’t personal at all—because you’re still being paid. And a phrase like “parent company” comes to mean something extraordinary as opposed to just describing the way one person owns everything.

I wanted to resuscitate this language, breathe life back into it, and make that life articulated and strange and to add wonder to this thing that is soul-sucking.

KI: Was it challenging to write about such a soul-sucking, serious topic in an absurdist way? Or was it actually liberating?

HL: It’s funny, I don’t know if I saw it as a challenge when I was writing it because I don’t know if you can have true comedy and true absurdism without real life-and-death tragedy, and so I didn’t have to try to put it in there—it was built into what I was talking about. I think when you’re talking about mortality, everything is hilarious. Human existence is a comedy, because it ends.

And so yes, the book is about a search for a permanent job and a search for a steady existence in the gig economy and late capitalism, but it’s also about the fact that we have to leave, and that our time here is temporary, and everything is temporary, and playing with those ideas of temporary and permanence, until it really becomes about climate change and the world disappearing around us.

I don’t think I tried very hard to put those ideas in there, they just are. I wrote it before the election in 2016, and then I edited it after the election. And it’s like that saying, “Write drunk, edit sober,” only it’s: “Write under Obama and edit under Trump.”

KI: Other than death, do you think there’s any form of relief from the high-wire act of, you know, “work-life balance”?

HL: I think capitalism is broken. I don’t think I’m the first person to think that. I think that there’s something deeply wrong with the way that we are expected to survive. I’ve never been asked to do something horrific, but people are and I want to be clear about that. My experiences with work are comically bad, but I think there’s work that’s soul-killingly bad. Like, really soul-killing bad. And I don’t want to be a part of a world that asks people to compromise themselves irreparably just in order to survive, just in order for their families to survive, and this connects to everything from the way healthcare works in our country to the way we’re killing the world to the way we’re killing each other.

I don’t want to be a part of a world that asks people to compromise themselves irreparably just in order to survive.

I wanted to imagine my way into something new, and so without giving away too much, the book sort of ends at a dire moment, but for me it was a hopeful ending too, because I think we need a new chance to create something different. And I don’t know what that is—I don’t have a mind for that—but I do have a mind for imagining and I think it’s hard to find a book right now that doesn’t imagine a way forward, whether it’s for our economy and the way work works, or for our government, or for the way we take care of each other. It’s very top-of-mind for people that I respect and I wanted to be a part of that conversation, because I just don’t think that it can continue this way right now—it’s temporary! The way that we’ve set things up is unsustainable.

KI: Is there one word that capitalism has totally ruined for you? For me, it’s “optimize.”

HL: It’s a dead heat between “circle back” and just the word “per.” “Development” is a word that’s been ruined for me by working in the non-profit space and “blue sky” is a phrase that’s been ruined for me, because my husband works in 3D printing and they’re always “blue-skying” things and I’m like, “That’s not a verb! You can’t verb that!” There are so many, so let’s just take them back. 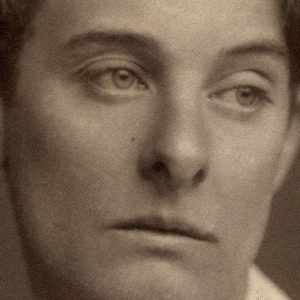 When I was a teenager, Oscar Wilde brought me back in queer time. I borrowed his barely canonical books and found a politics...
© LitHub
Back to top