April Dávila is this week’s guest for a special weekend episode of Otherppl. Her novel, 142 Ostriches, is out now from Kensington.

Brad Listi: It’s nice to have tested the boundaries and pushed yourself into a little bit of excess when you’re young because that way you don’t have to look back with regret and be like, I was so young. I could have done so much better. If you did that stuff and you can say, well, I ticked off that box.

April Dávila: Especially as a writer. I forget who I heard say this, but she said that: Someone who wants to write the worst thing you can do is get an undergraduate degree in writing. She said that you should be doing other things or you won’t have anything to write about, because if you study writing, what are you doing? You’re sitting in your room reading books, sitting in your room writing stories. You’re not going out and kind of making the mistakes and meeting the weird people that will later be fodder for your stories.

Brad Listi: I don’t disagree. I mean, I don’t even know if people who really want to write need to go to school. Read a bunch and, if you can, travel.

Brad Listi: Like maybe move around a little bit. And if you can’t travel the world, just bounce around to a bunch of different places. Do some weird jobs. Use your 20s well.

April Dávila: Don’t be afraid to make bad choices in those early years, because those lead to the most interesting stories.

April Dávila received her undergraduate degree from Scripps College before going on to study writing at USC. She was a resident of the Dorland Mountain Arts Colony in 2017 and attended the Squaw Valley Community of Writers in 2018. In 2019 her short story “Ultra” was nominated for a Pushcart Prize. A fourth-generation Californian, she lives in La Cañada Flintridge with her husband and two children. She is a practicing Buddhist, half-hearted gardener, and occasional runner. 142 Ostriches is her first novel.

Behind the Mic: On 200 Women by Geoff Blackwell, Ruth Hobday, Sharon Gelman, and Marianne Lassandro, Read by Full Cast 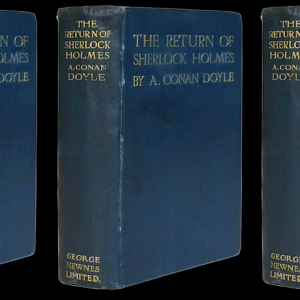