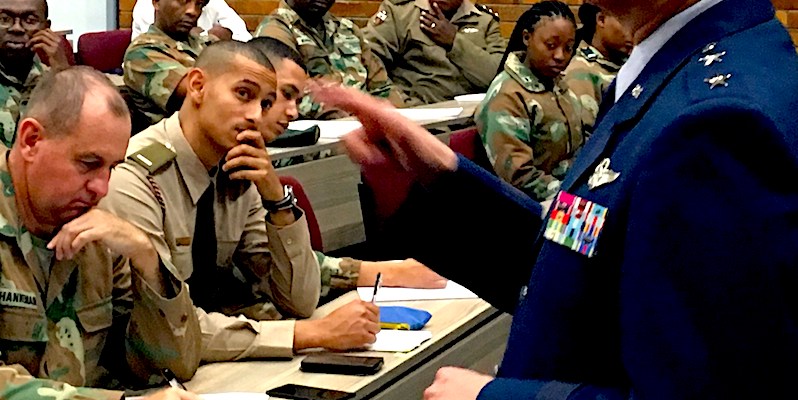 A Tale as Old as West Point

The military’s loyalty to itself and determined separation from society have produced an authoritarian institution that is contributing to the erosion of American democracy. The hubris, arrogance, and self-righteousness of officers have isolated the military from modern thinking and mores. As a result, the military operates in an intellectual fog, relying on a philosophy and practices that quite literally originated at West Point 200 years ago. By dint of their rank, officers implicitly trust their own judgment, even when it runs counter to basic facts.

Besides creating a culture based purely on loyalty and fear, the officers’ stubbornness affects their performance on the battlefield as well. The generals are more than ready to fight the type of war that would arise in a Transformers-like movie. But this is not what they are facing. Defense contractors have a sweet deal, where their expensive new weapons are bought by the armed forces in bulk, whether needed or not.

American generals use their big arms to battle insurgents and adversaries with small arms, and then ask for more weapons, vehicles, and soldiers when the greatest need is for more knowledge and better judgment. The generals

parrot but don’t actually understand how they’re locked in a battle over intellect and ideologies of the civilian population, fought on the home turf of adversaries who prevail over the American military with clever thinking under unpredictable conditions.

It’s questionable also whether the military is prepared to fight wars against China or Russia using its “biggest” weapons. David Ochmanek, an analyst for the Rand Corporation, which conducts research and war games in conjunction with the Pentagon, said in 2019, “In our games . . . blue [America] gets its ass handed to it” when fighting against “red”(China and Russia). America’s “superweapons” have too many “Achilles heels.”

“In every case I know of,” Robert Work, a former deputy secretary of defense, has said, “the F-35 rules the sky when it’s in the sky, but it gets killed on the ground in large numbers” because, except for a fraction of time, the planes are not flying. The US military’s large air bases and aircraft carriers, as well as its tank brigades on land, built at enormous cost over decades, can now be destroyed by Chinese and Russian smart missiles from great distance. “Whenever we have an exercise and the red force really destroys our command and control, we stop the exercise,” said Work.

An August 2019 study from the University of Sydney found that all US bases in the western Pacific could be “rendered useless” in hours by Chinese missiles. The US faces a crisis of “strategic insolvency,” according to the study. It seems that the hierarchal US military does not have the flexibility to function effectively in ambiguity because everyone relies on higher-ranking decision-makers, who themselves are prone to poor judgment.

The US military is a slow-moving, top-down, hierarchal organization operating in a fast, flat world. Nimbler local fighters in Afghanistan, Iraq, and elsewhere can outmaneuver and outthink generals who employ plodding processes before making decisions in relative isolation. Rather than cultivating intellect and greater social and cultural awareness in officers and soldiers, the US military’s response to conflict has been as blunt, violent, and ineffectual as the machines for which it pleads. This happens on both the battlefield and within the ranks, where lying, retaliation, and cover-up are often officers’ standard responses to anything that challenges their personal authority or the institution.

The full financial cost of the wars in Afghanistan and Iraq and the additional military operations in Pakistan and Syria could cost the United States $13.9 trillion over 40 years.

“The United States is no longer seen as a beacon of liberty to the world, but as an imperialistic bully with little respect for international law,” writes former intelligence officer Melvin Goodman, who has blown the whistle on failures in the military and the national security establishment.

“We must guard against the myth of war and the drug of war that can, together, render us as blind and callous as some of those we battle,” concludes journalist Chris Hedges.

In the 21st century, the United States continues to rely on military intervention and nuclear deterrence against old foes as the ultimate expression of its foreign policy. Atlantic writer James Fallows calls America a “chickenhawk nation,” one that loves to go to war as long as others are doing the fighting. The US, he says, “is more likely to keep going to war, and to keep losing, than [a nation] . . . that wrestles with long-term questions of effectiveness.”

By permitting the military to function behind its own walls and according to its own rules, Americans, who profess more faith in the military than any other institution, have contributed to the current state of failure.

The full financial cost of the wars in Afghanistan and Iraq and the additional military operations in Pakistan and Syria could cost the United States $13.9 trillion over 40 years, when interest costs on the debt used to pay for the wars are included, according to the Watson Institute at Brown University. The war in Afghanistan “has become more expensive, in current dollars, than the Marshall Plan, which helped to rebuild Europe after World War II.” The conflict costs $50 billion a year and is now the longest war in American history.

What have we achieved? What progress have we made? The very fact that the war continues all these years later gives us some inkling that the answers are nothing and none. But it’s hard to know for sure because the primary source of information has a vested interest in selling victory. “Seventeen years into the war in Afghanistan,” the New York Times claimed in late 2018, “American officials routinely issue inflated assessments of progress that contradict what is actually happening there.”

In October 2017, the U.S. commander in Afghanistan, General John Nicholson (Class of ’82), at the request of the Afghan government, redacted from a US government report progress about the war. In line with the military’s penchant for “bigger and more,” Nicholson, who had gotten nowhere, urged the deployment of additional troops, and in 2017, for the first time in U.S. combat history, he used the most powerful non-nuclear bomb in the arsenal, the MOAB (Massive Ordnance Air Blast), allegedly to attack ISIS tunnels. Yet nothing has seemed to work. In fact, 60 Minutes reported in January 2018 that Kabul was too dangerous for Nicholson to drive even the two miles from the airport to the base, and he regularly required a helicopter to make the trip.

The generals are either incapable of winning wars or are unable to understand that wars cannot be won: in both cases, the only solution is to replace them. The third option, that they know wars cannot be won yet remain silent, is almost too terrible to acknowledge, but the evidence that this is true  is overwhelming. After more than 16 years of war, US or Afghan forces reportedly controlled only about 50 percent of Afghanistan in 2018, but General Nicholson, who was the commander there from 2016 to 2018, still seemed certain of victory.

This is how democracy can be destroyed, concealing vital information from the people.

“I’ll get to 80 percent in two years,” he said, an assertion that Bob Woodward, in his 2018 book Fear: Trump in the White House, characterized as “unattainable, even preposterous, to many who had served in Afghanistan.”

Nicholson, if he was not exaggerating, somehow deluded himself into believing that the Taliban would “come to the negotiating table” and concede defeat while they controlled 50 percent of the country. It is unclear if this is willful ignorance, inconceivable hubris, or poor judgment on the part of the man in charge. But it really doesn’t matter.

The US inspector general for Afghanistan, John F. Sopko, completed a quarterly report in January 2018 that described the progress and number of Afghan security forces, the primary beneficiaries of the $120 billion the United States spent on reconstruction in Afghanistan. In an unprecedented move, the US military command decided to remove from Sopko’s report unclassified information regarding the number of Afghan soldiers and police officers, the number of killed and wounded, and the condition of their equipment.

The military also removed data concerning “the number of districts, and the population living in them, controlled or influenced by the Afghan government or by the insurgents, or contested by both,” a key indicator of whether the US and Afghanistan were making any progress against the Taliban.

This is how democracy can be destroyed, concealing vital information from the people. As Sopko complained,“the number of districts controlled or influenced by the Afghan government had been one of the last remaining publicly available indicators for members of Congress . . . and for the American public of how the 16-year-long US effort to secure Afghanistan is faring.”

By hiding basic facts and numbers—even from members of Congress—behind the shroud of national security, the military illustrated once again how it operates as a separate sovereign, out of range of any kind of oversight. In cases like this, the military’s reasoning doesn’t seem connected to national security at all. The real reason for its censorship is that it is embarrassed that the facts indicate its failure. 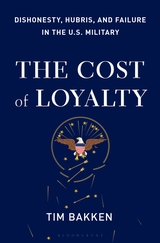 From The Cost of Loyalty: Dishonesty, Hubris, and Failure in the U.S. Military by Tim Bakken. Used with the permission of Bloomsbury. Copyright © 2020 by Tim Bakken.

Tim Bakken is the first civilian promoted to professor of law in West Point's history. He became a federal whistleblower after reporting corruption at West Point and, after the Army retaliated against him, became one of the few federal employees to win a retaliation case against the U.S. military. A former homicide prosecutor in Brooklyn, Bakken received law degrees from Columbia University and the University of Wisconsin and is still teaching at West Point. He lives in New York City.

These Ghosts Are Family 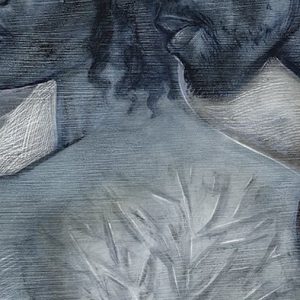