The 75 Best One-Star Amazon Reviews of On the Road

This week, our irregular column of one-star Amazon reviews takes up a storied American favorite: Jack Kerouac’s On the Road. Which, as it turns out, many, many people do not like. “Boring,” they say. “A stupid book about irresponsible losers,” they say. “If he weren’t dead I would suggest a writing course,” they say. “Maybe suitable for a three year old,” they say. “Might as well be the characters from the 2000 classic film Road Trip,” they (I) say.

Well, so it goes on the internet. And as ever, the best parts of the reviews are usually the other reviewers responding to them—a discourse that is variously civil and productive and horrible and full of name-calling. In fact, as in many of these pocket universes we call Amazon Reviews Sections, in the land of On the Road there is one valiant defender who patrols the comments, letting few negative reviews pass without at least a challenge. In this case the defender’s name is Carlo Tomasetti, and he appears mostly in order to respond to criticism of the book’s content and themes. “What’s the problem with drugs and alcohol?” he asks repeatedly. “What’s the problem with living pointlessly?” Carlo Tomasetti also frequently asks people who say they hate the book to suggest others they like better; in all of the one-star reviews, only one person takes him up on it. (And that person has pretty good taste, to be fair.)

Caveat: as you may have noticed if you’re a frequent writer of this site, I’m not a huge fan of Jack Kerouac, and even less of a fan of On the Road. (My advice? Try Satori in Paris.) So unlike most other installments of this series, I kind of feel like these are my people. But for the record, Carlo, I have no problem with drugs and alcohol. Only with continuing to elevate misogynist texts because they remind some people of their childhoods!

Enjoy (or rage) as you see fit. 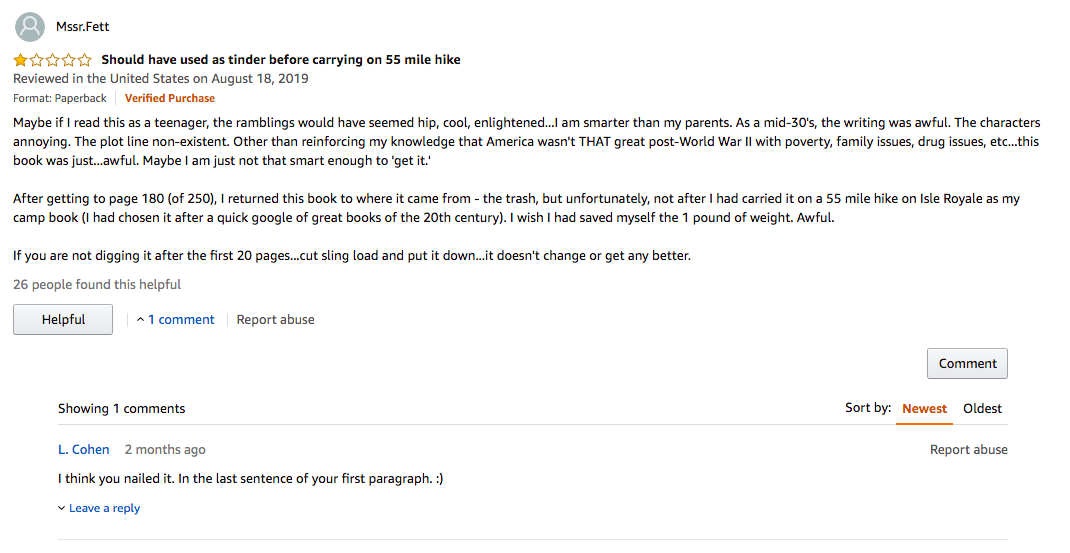 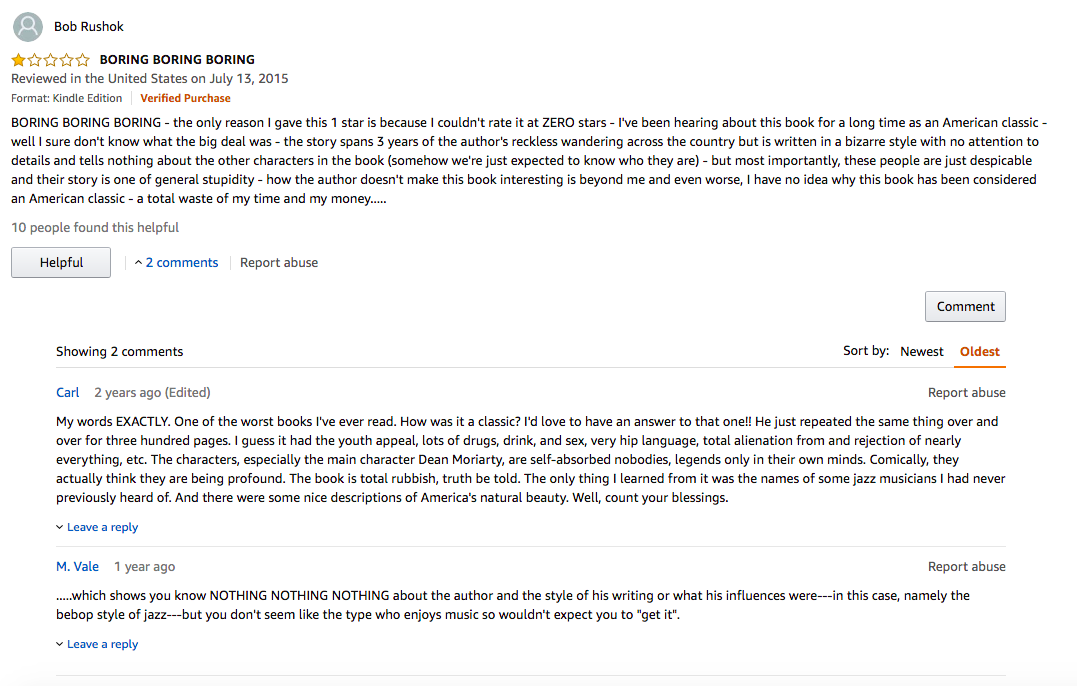 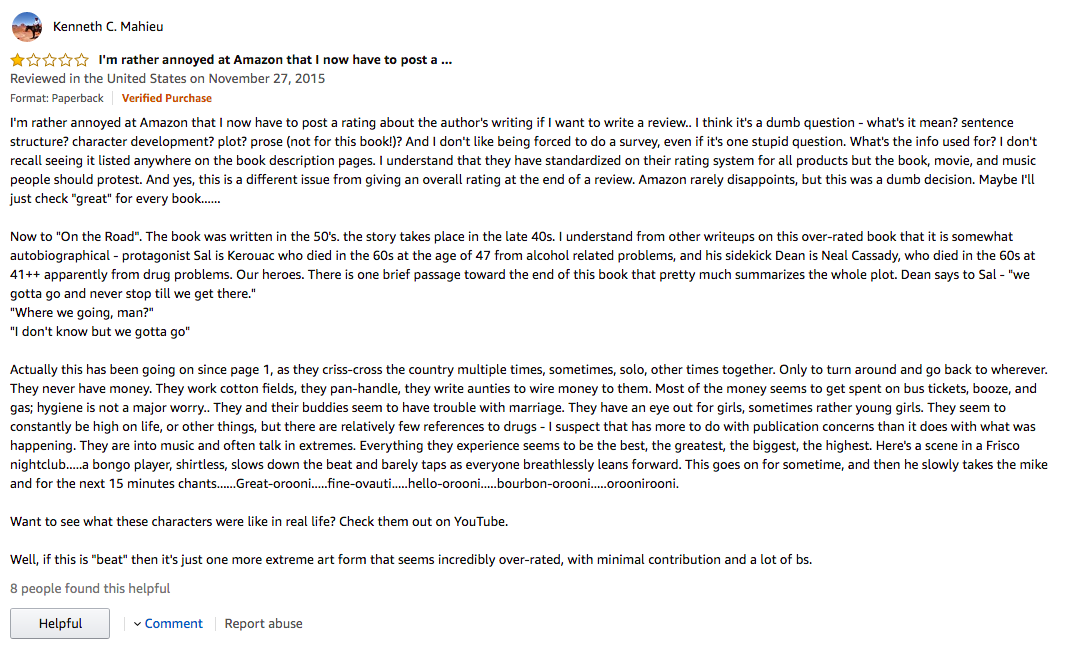 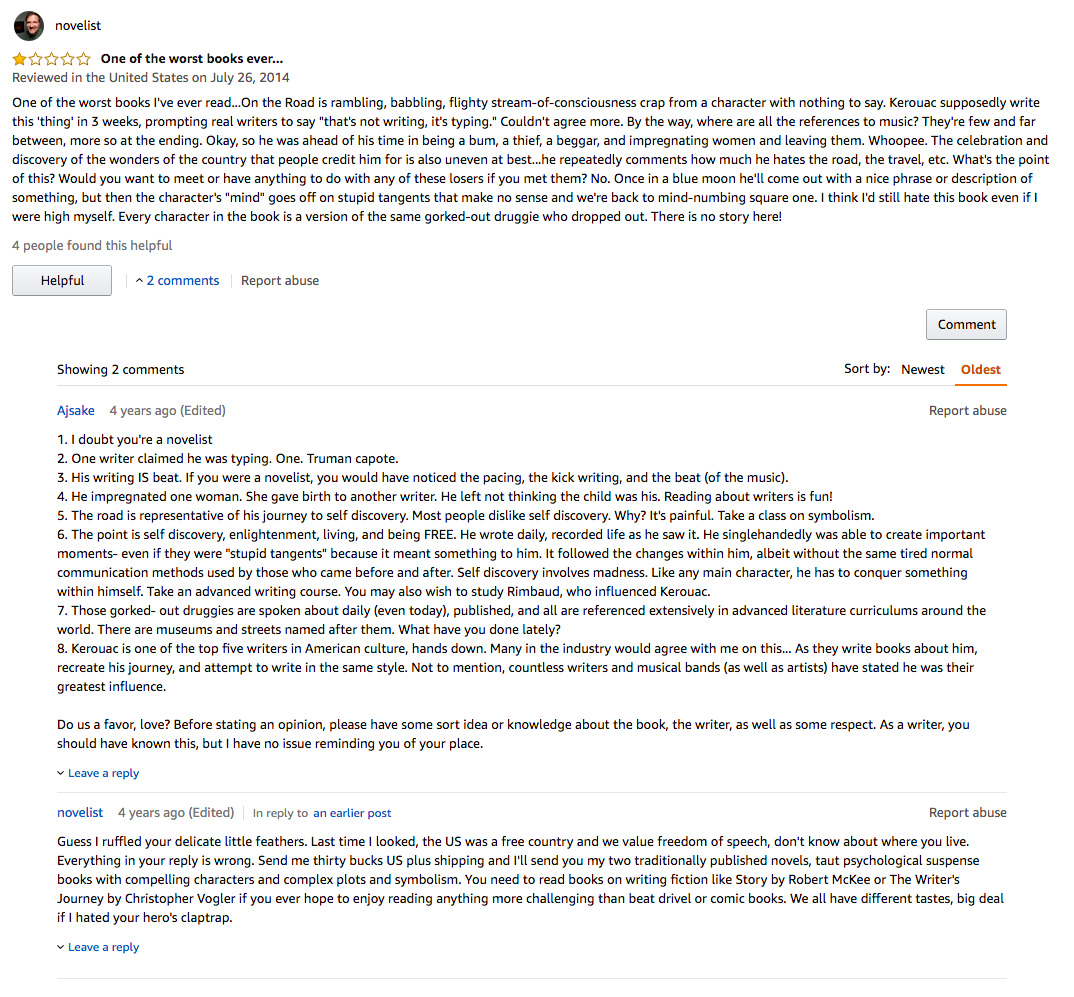 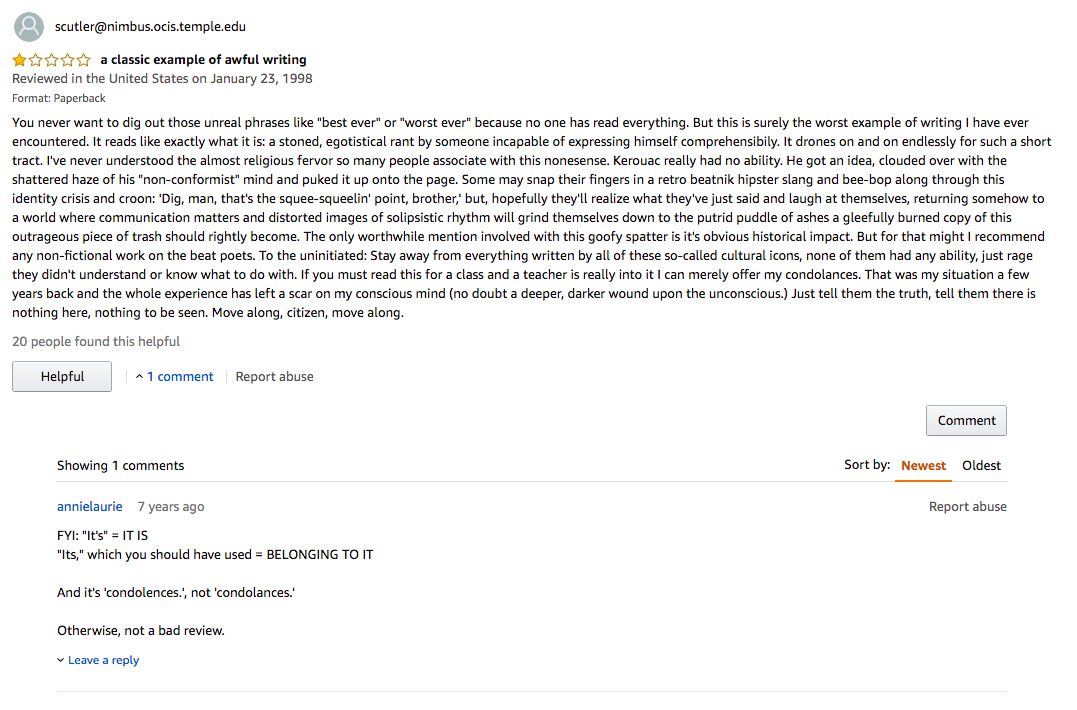 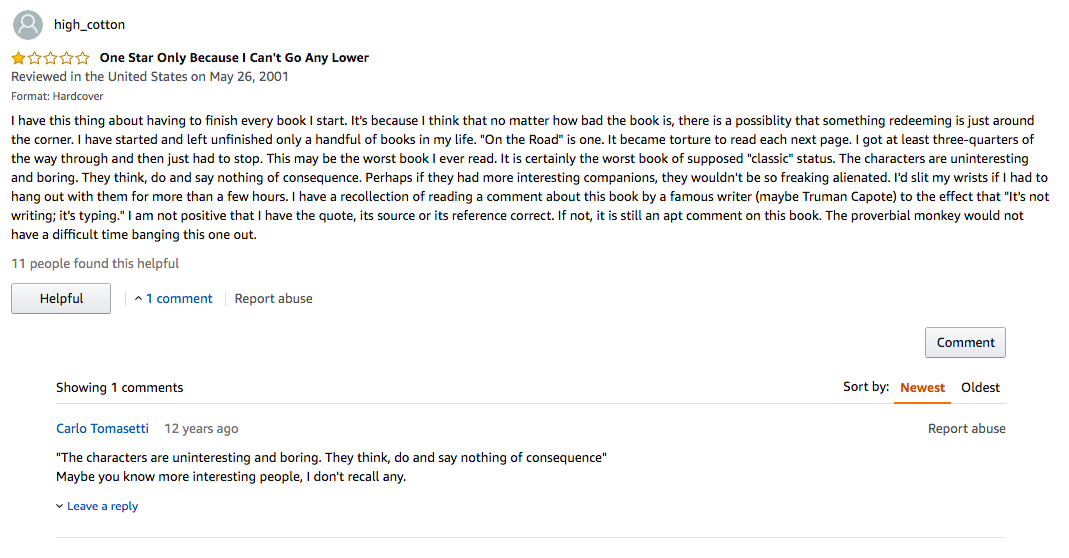 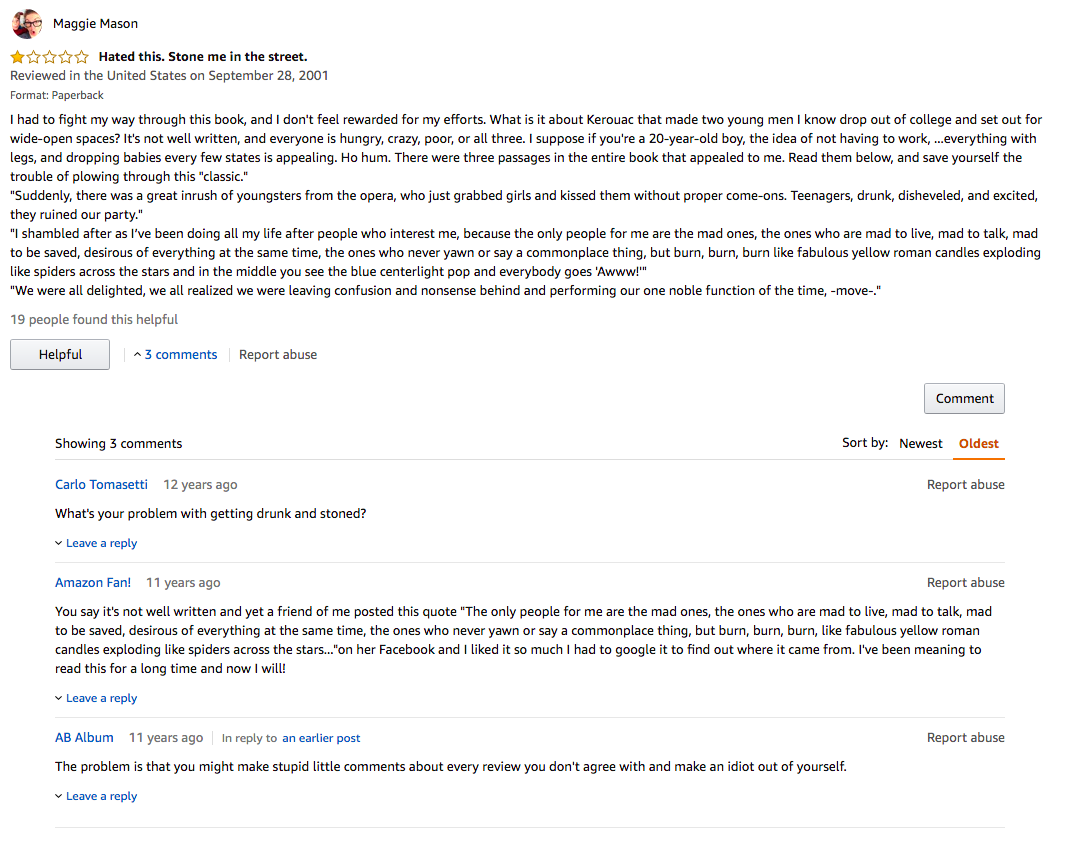 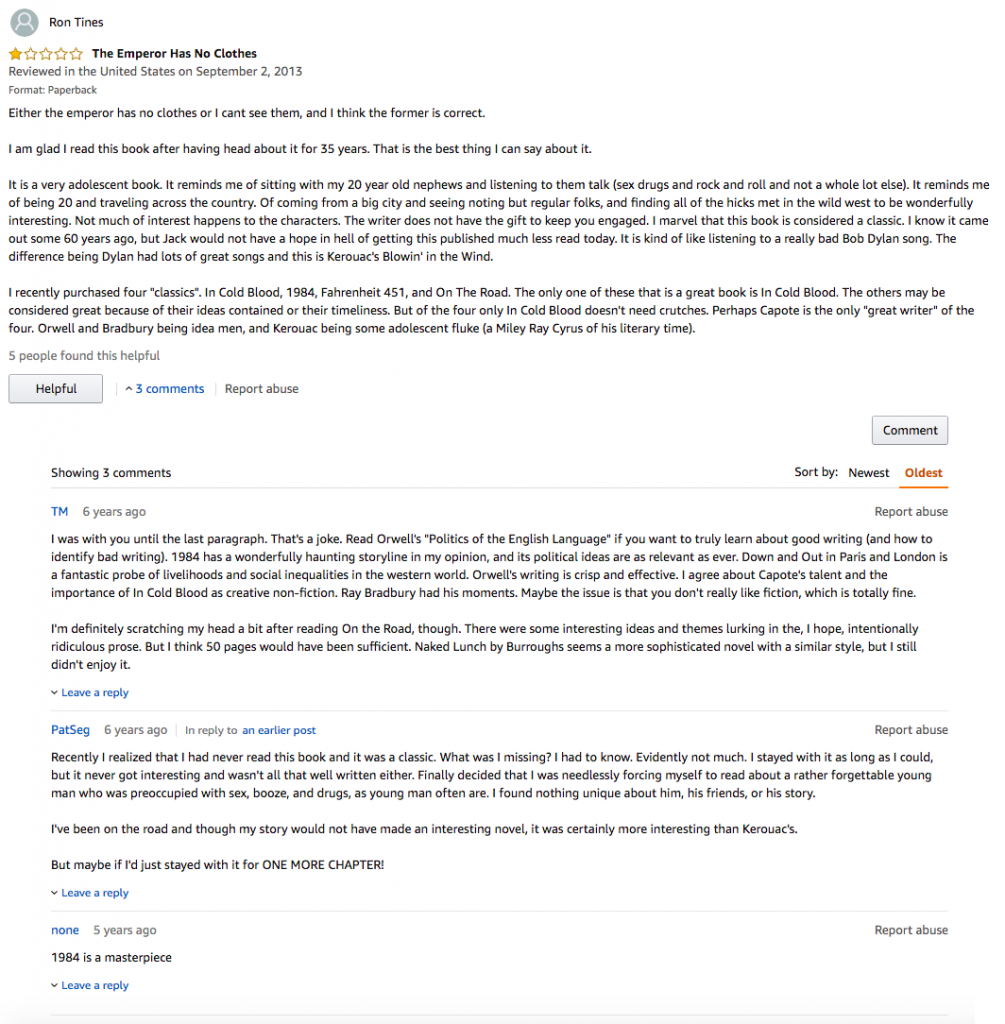 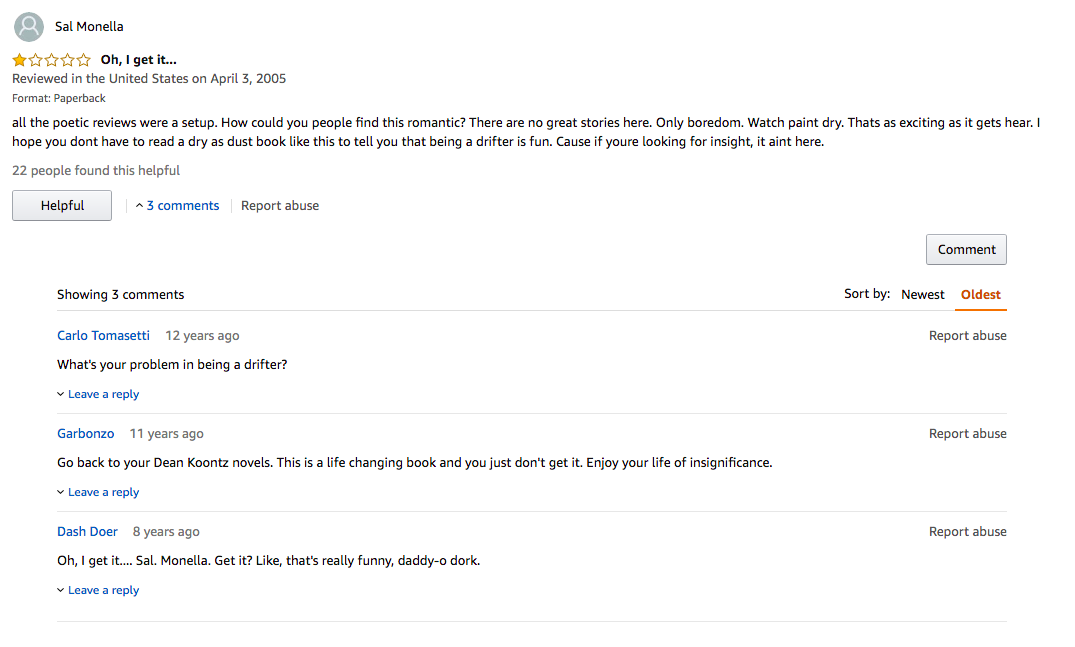 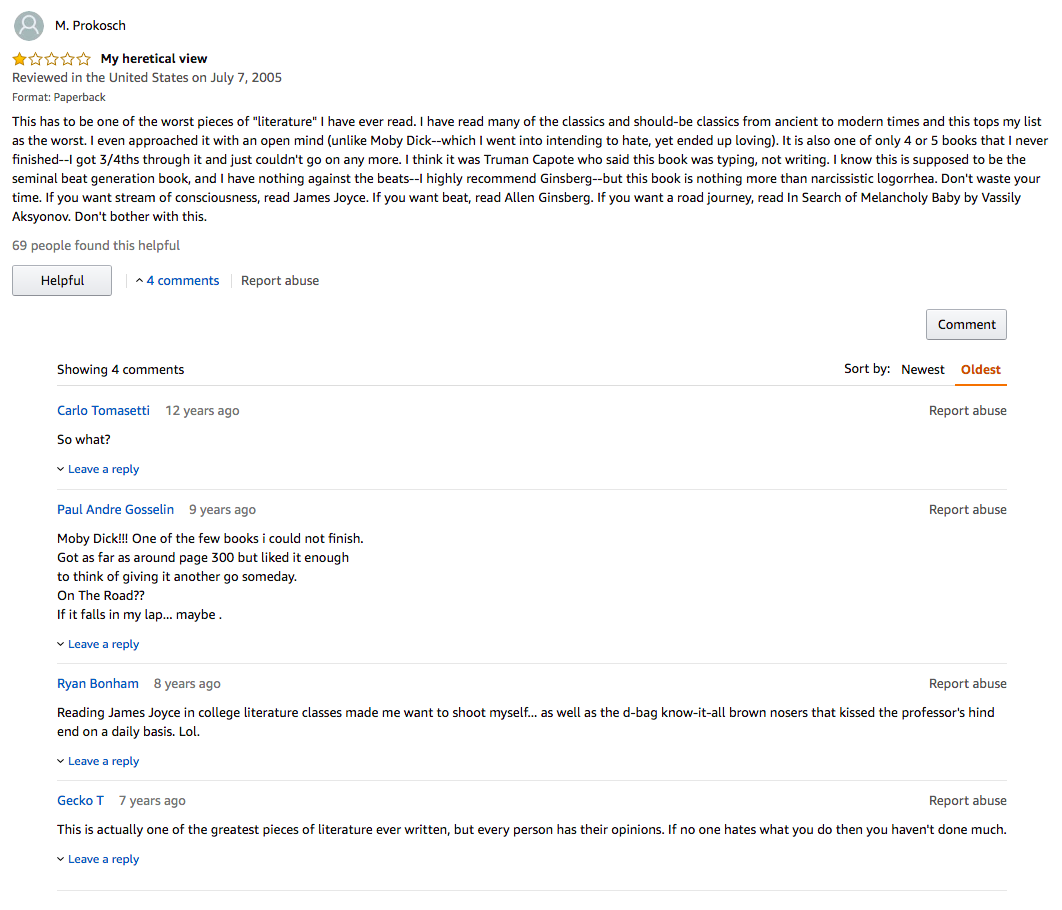 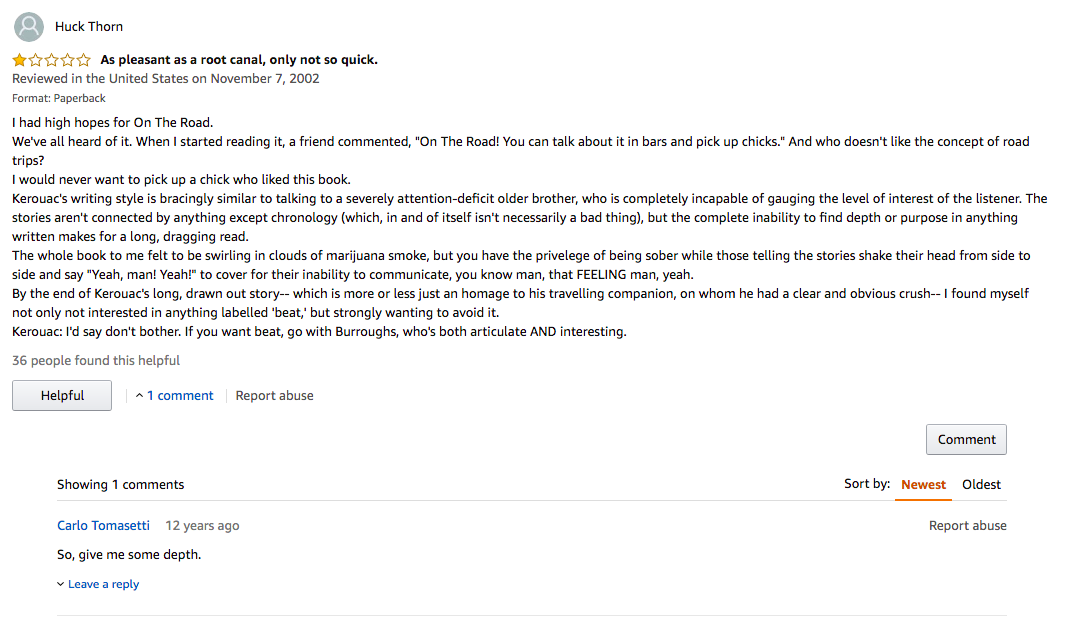 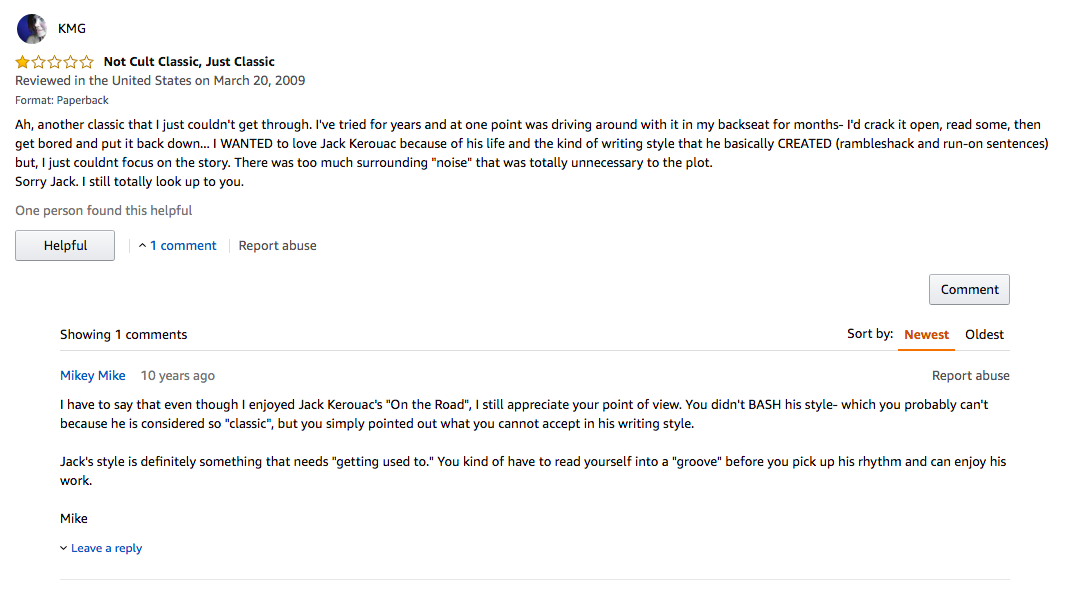 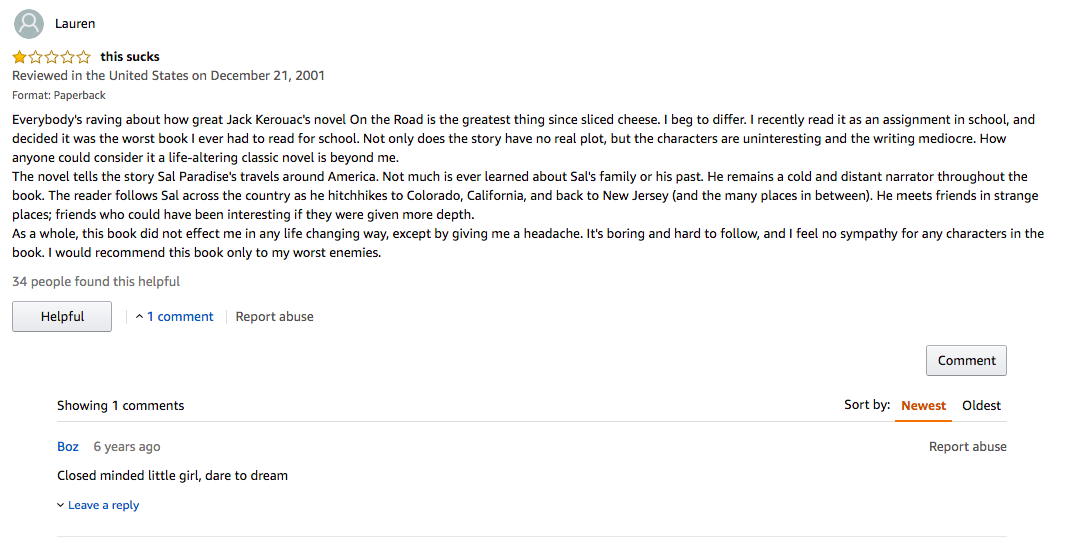 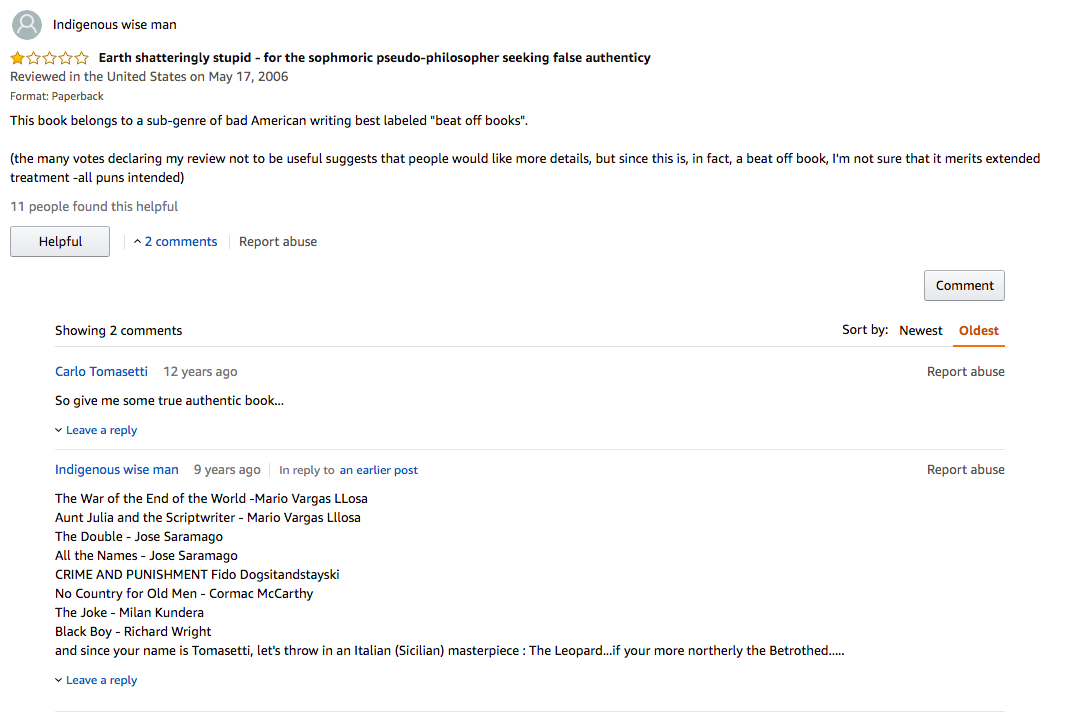 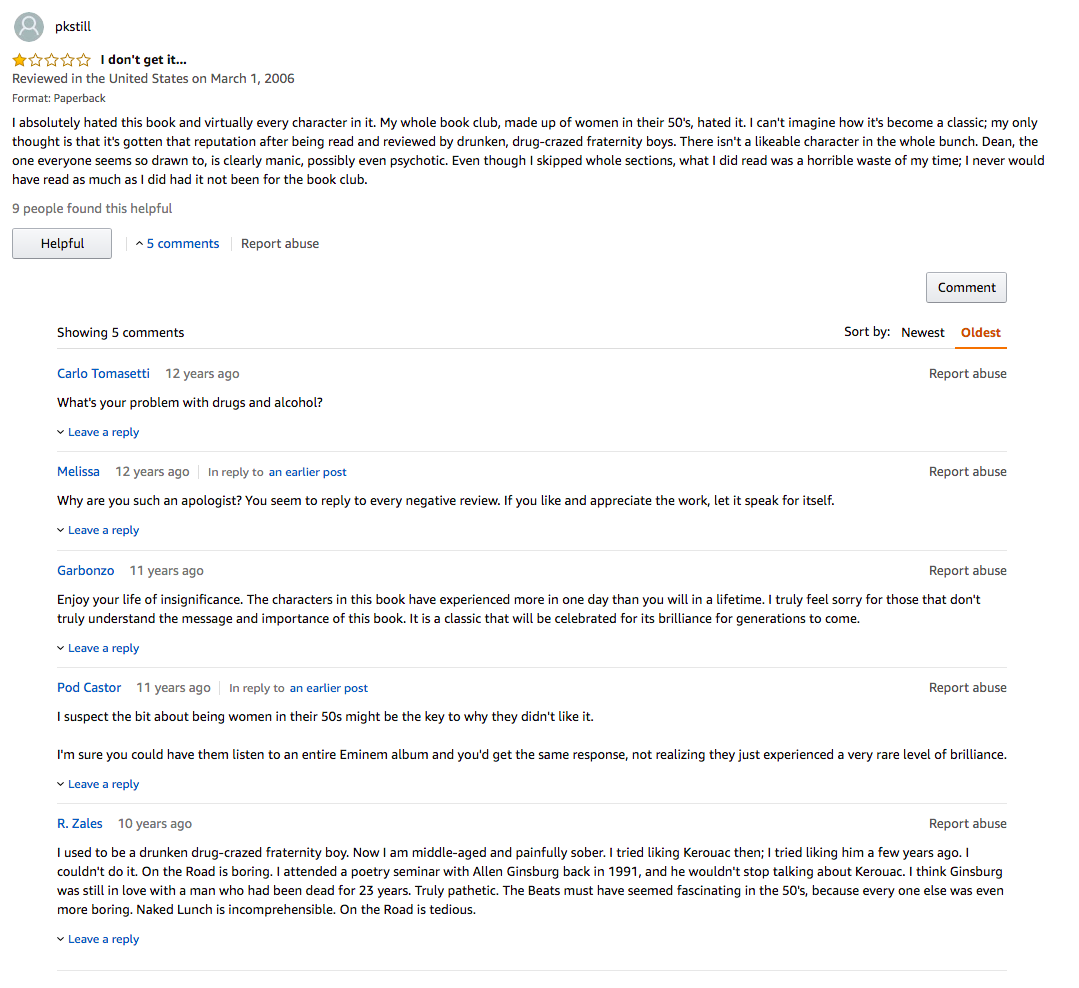 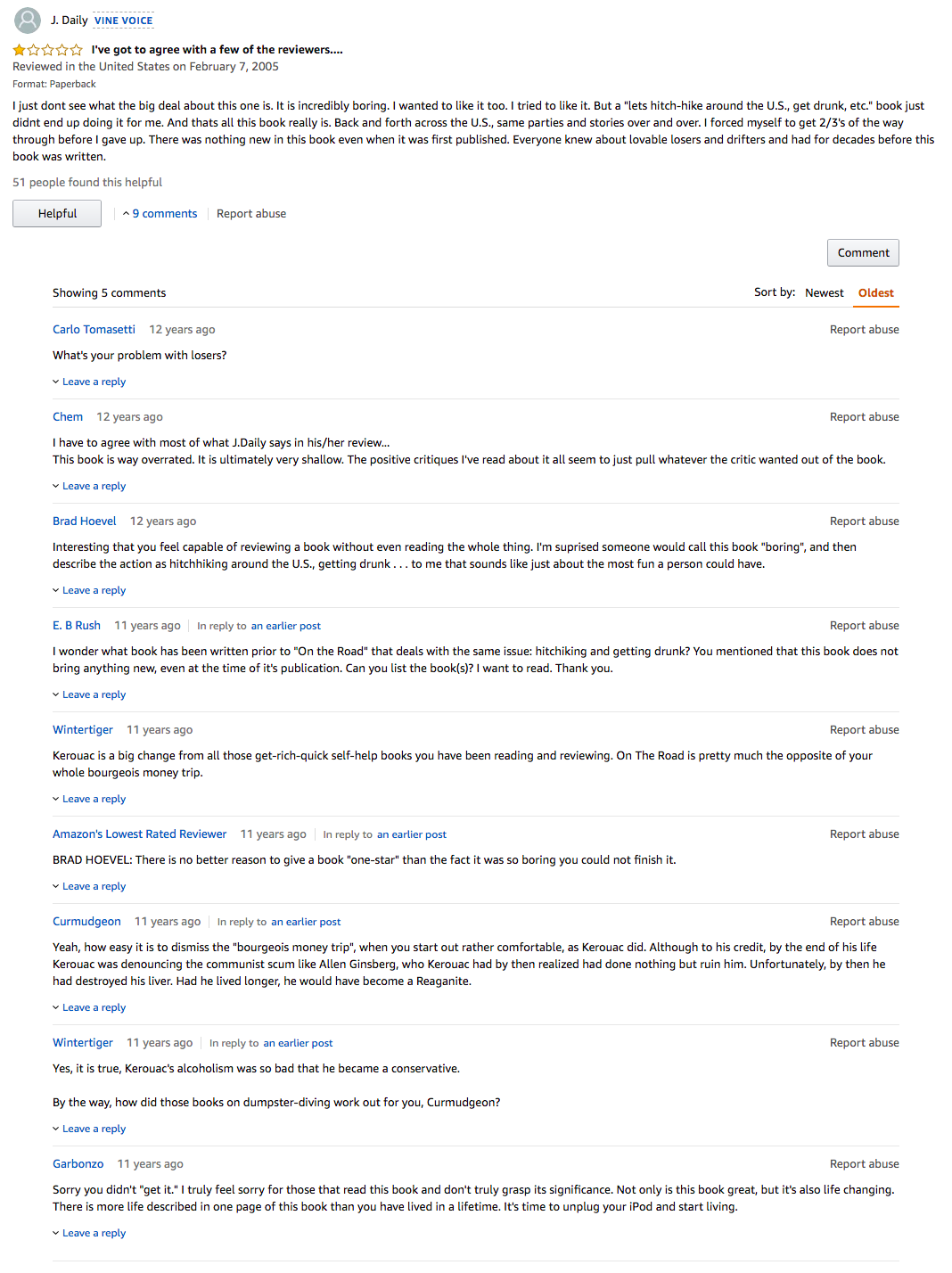 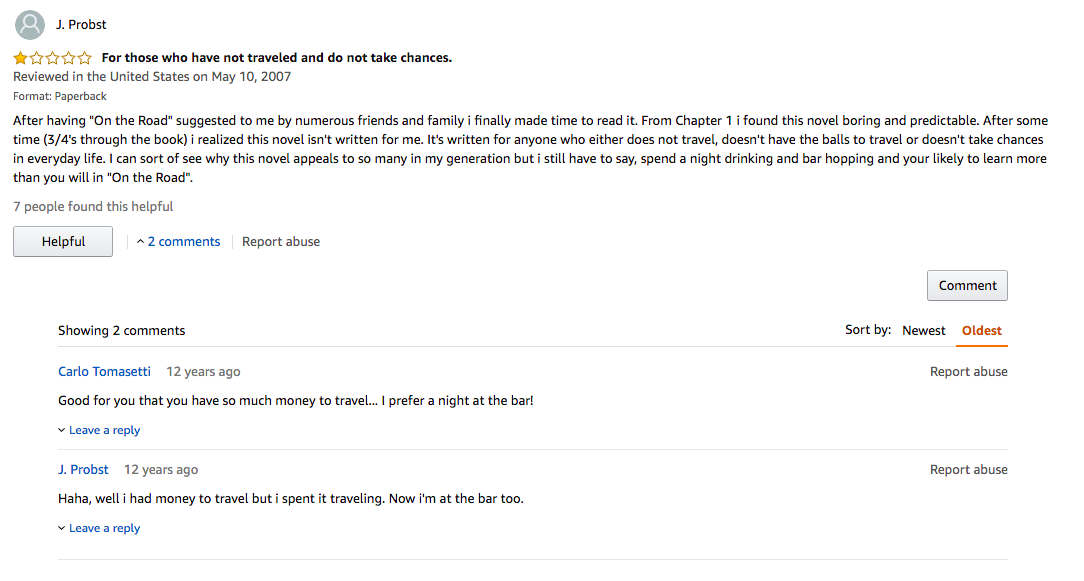 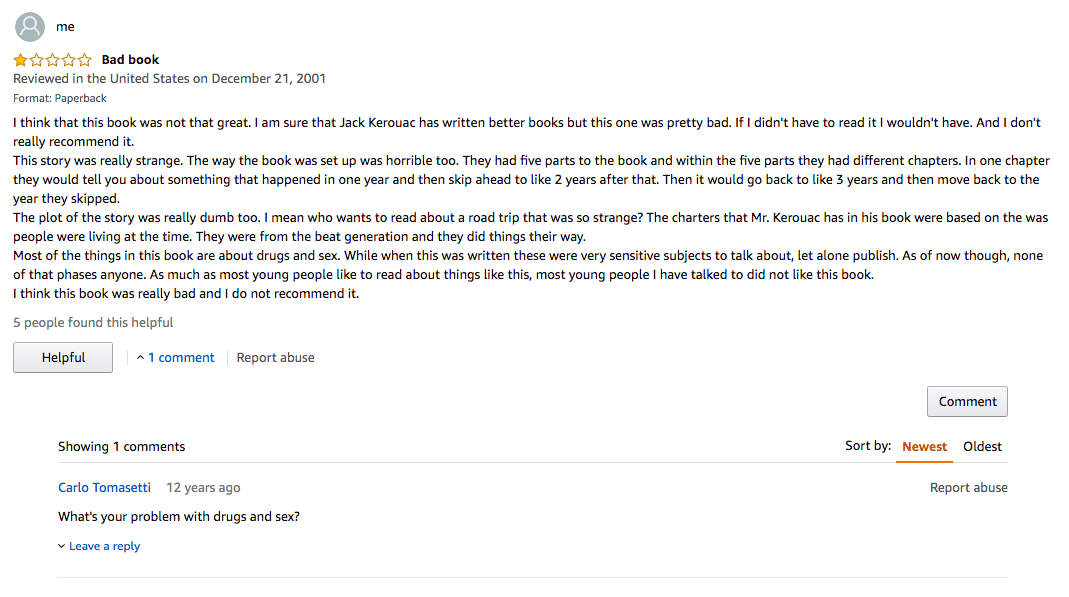 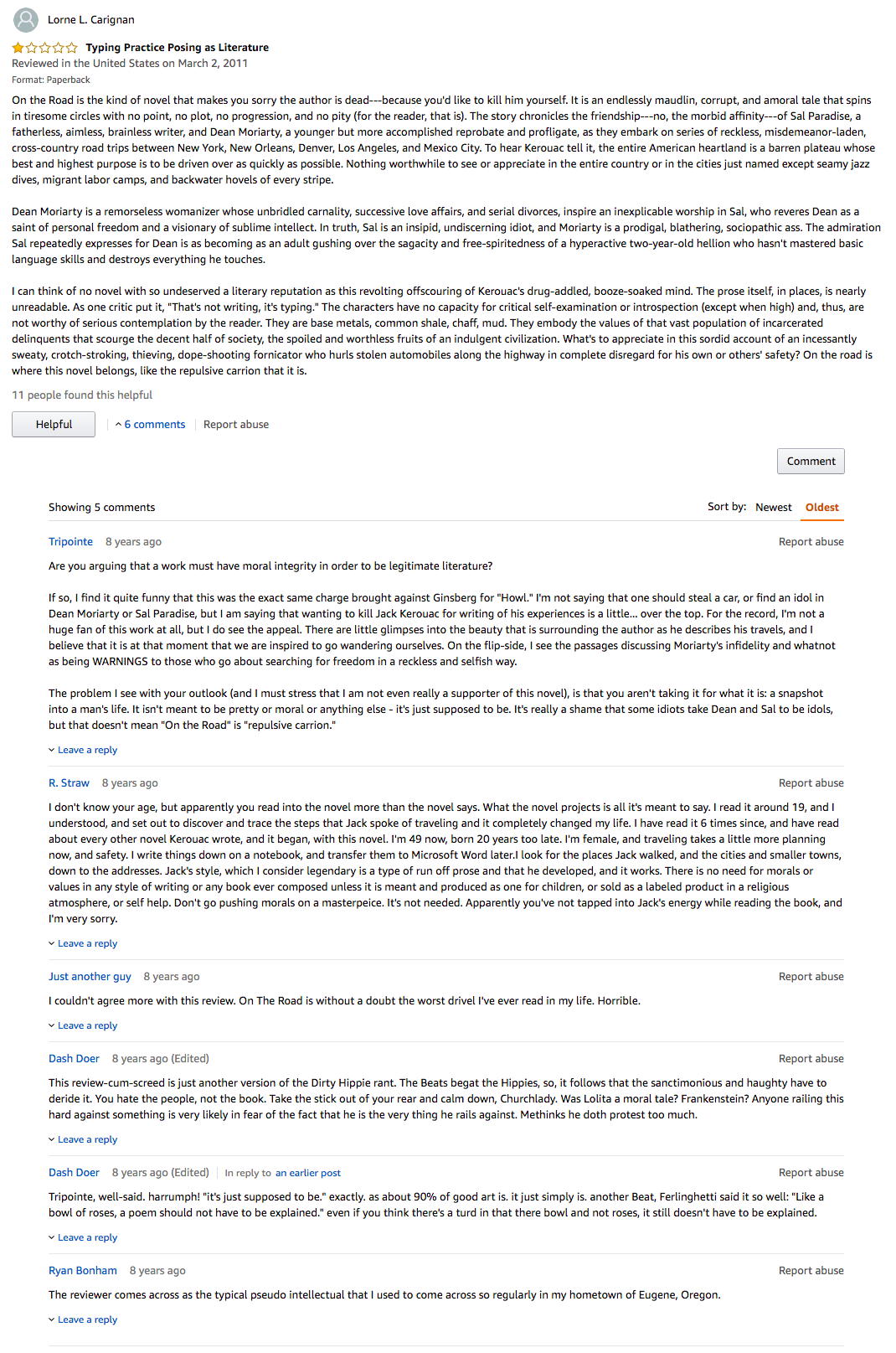 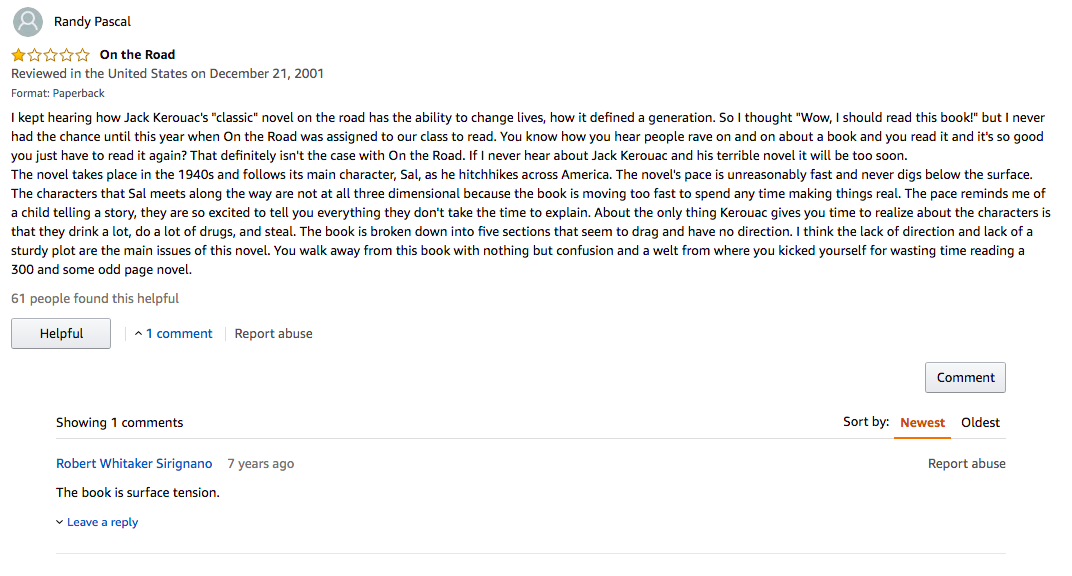 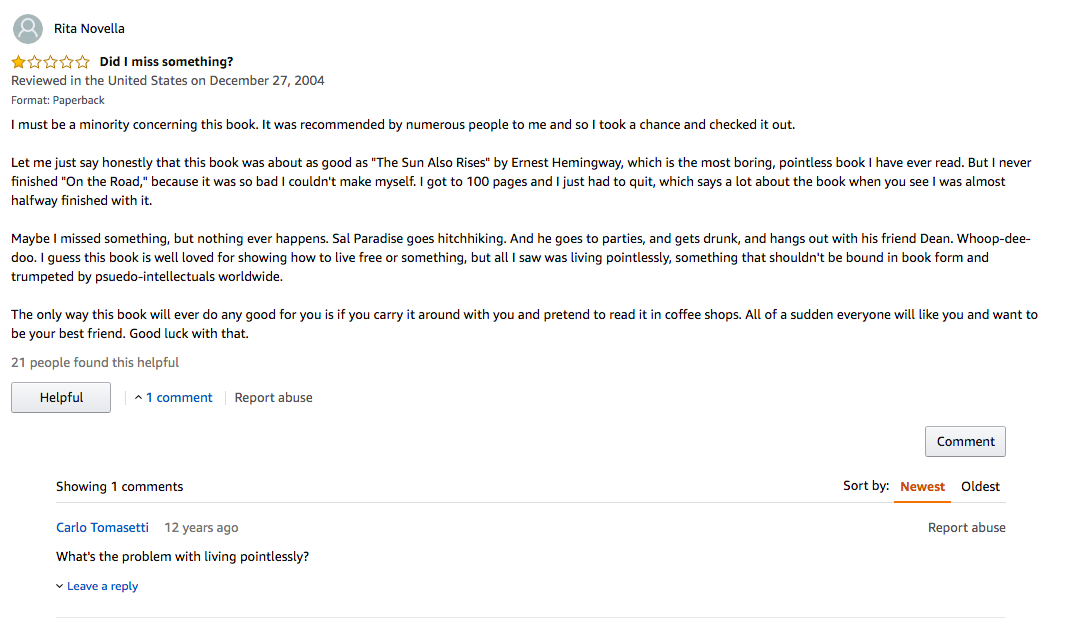 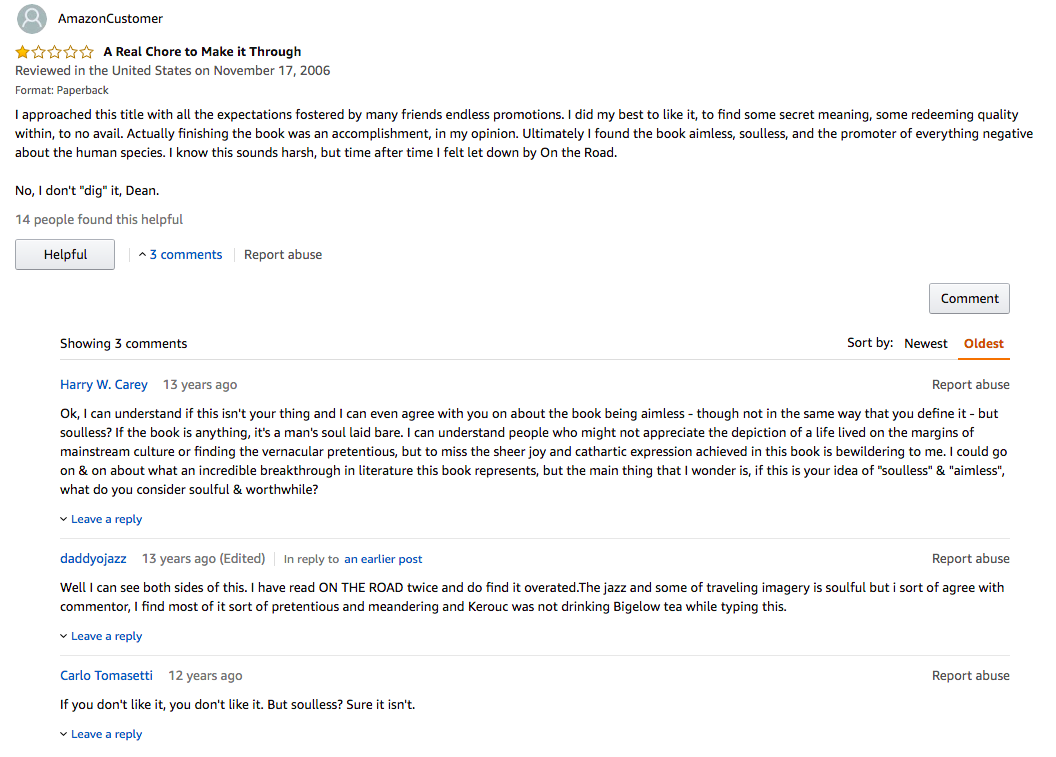 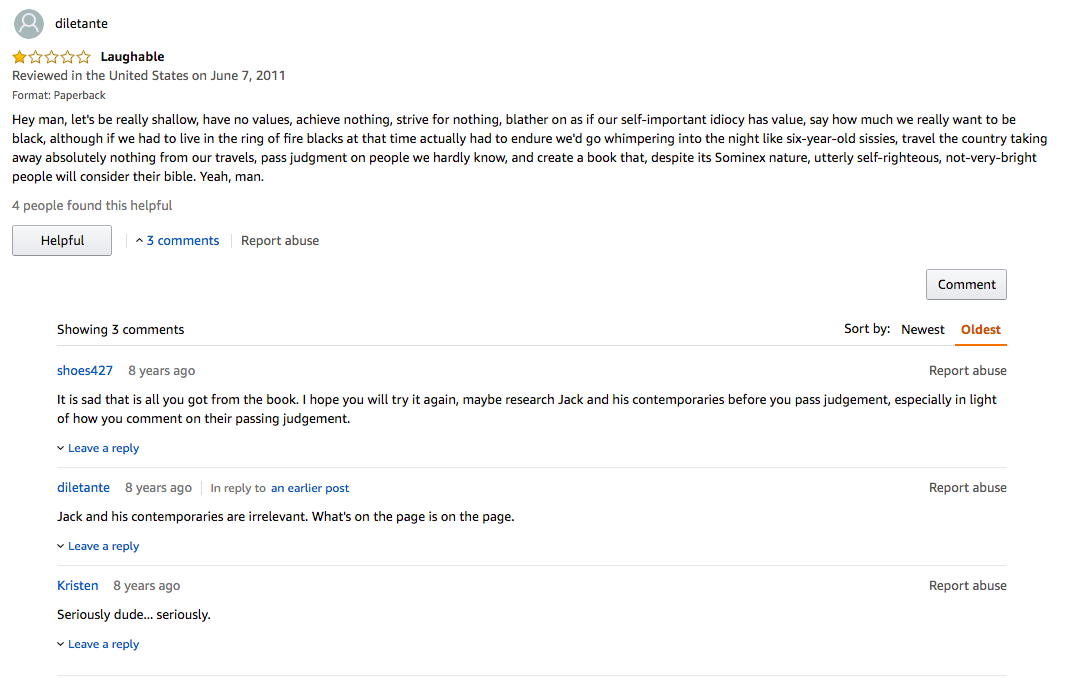 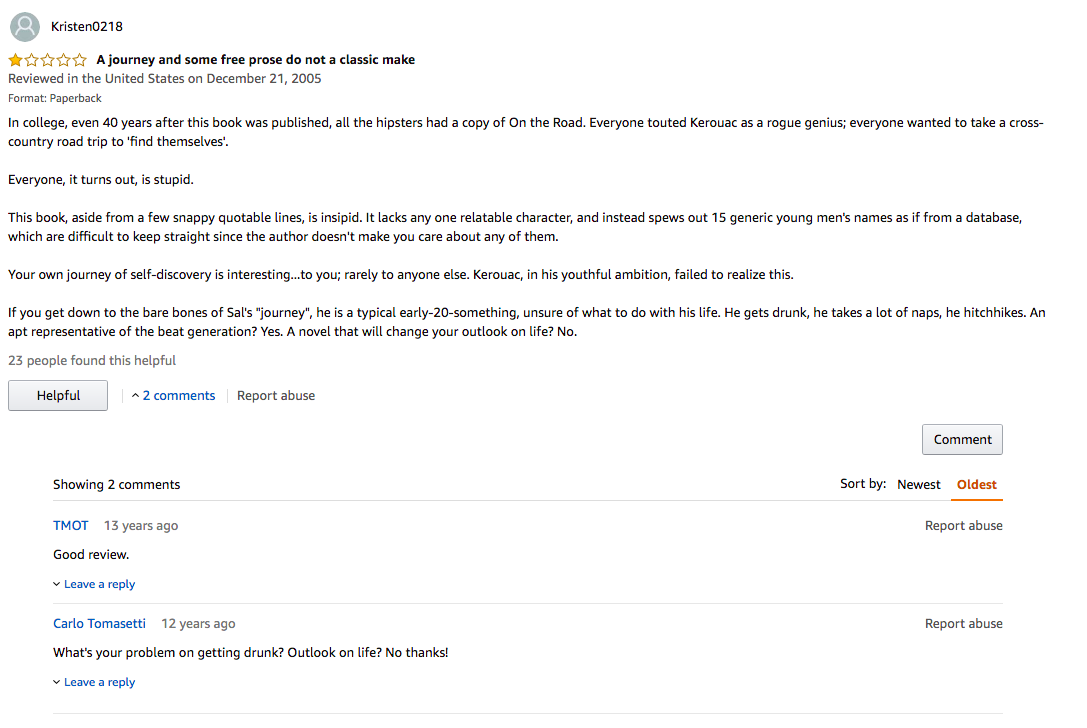 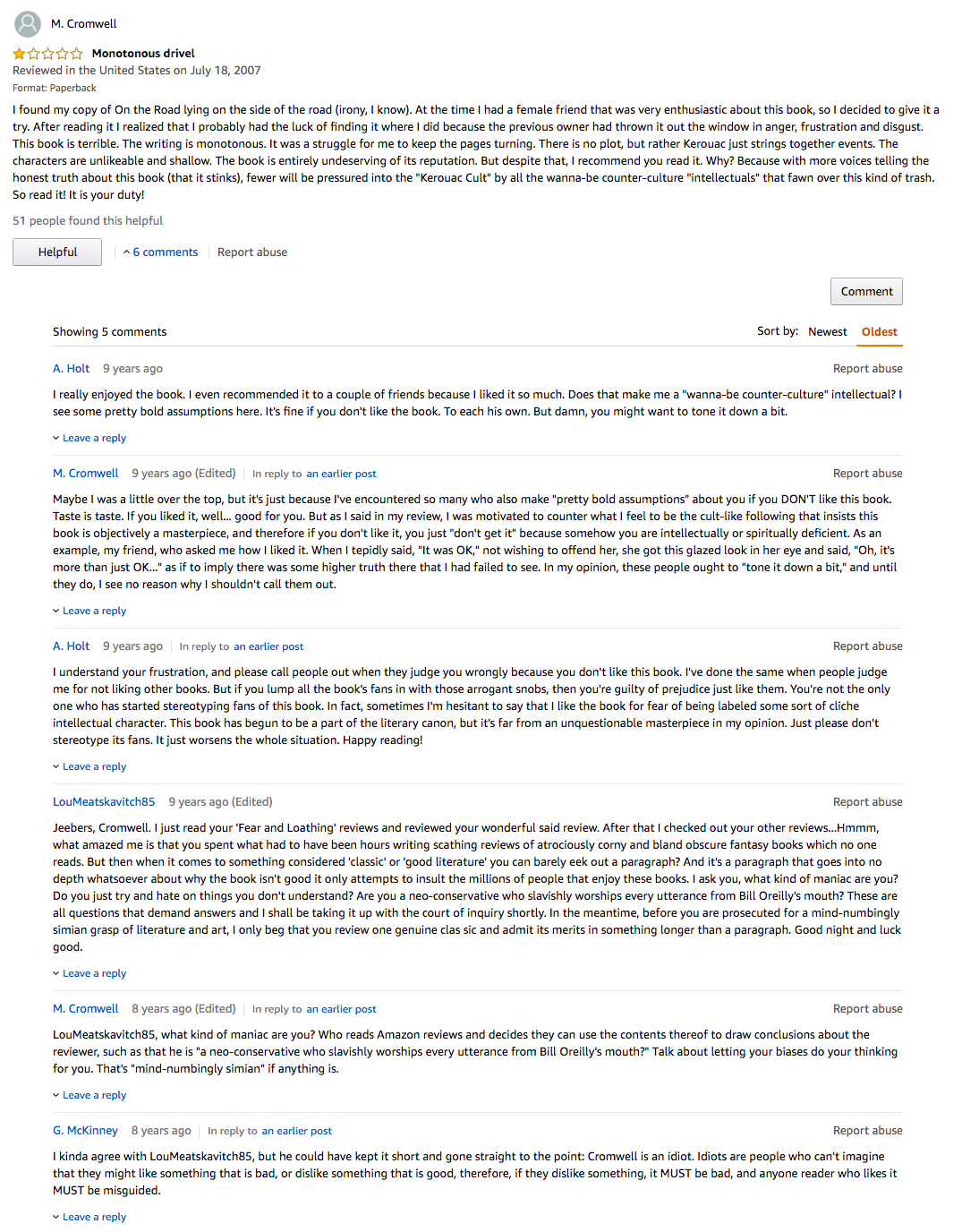 A Mother's Survivor's Guilt in the Wake of Sandy Hook 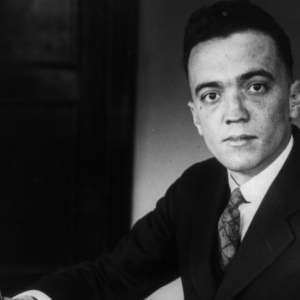 Once a revered political figure the public looked to for advice on everything from crime to child rearing, J. Edgar Hoover—the...
© LitHub
Back to top
Loading Comments...