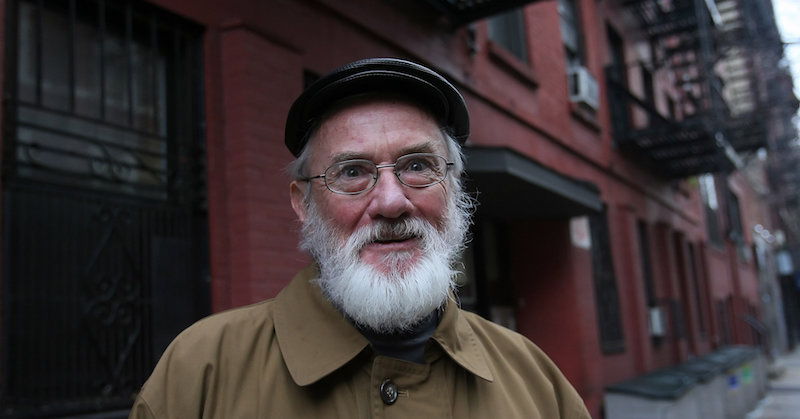 Meditations From a Writer in the Direction of His Readers

When I was 15 years old, Thomas Wolfe was my idol. He was my apostle. Yes, I remember, “O lost, and by the wind grieved, ghost, come back again.” It used to be one of my comic recitations.

When I became a man, I learned that Wolfe was to be put off as a childish thing. He was so orotund and portentous. In fact, I no longer have the heart to laugh so coldly at his incantatory verses. Not quite, not altogether. I think I mention somewhere that my mother sent Jack Kerouac’s On the Road to me when I was in the service. As it happens, it was my mother, years before, who insisted that I read Look Homeward, Angel. A concurrence there, certainly.

Bless her scattered mad Irish bones, she lived by the books. I remember from infancy strange words she spoke. ASOKA. TURGENEV. When we last met, we two, she was a crazy retired New York schoolteacher, on and off the sauce. God forgive me, I pretty much put her aside as well. Selfish things some of us do. She brought me up to think I was so terrific I didn’t have time for her.

Wolfe wrote, “Man was born to live, to suffer, and to die . . . There is no denying this in the final end. But we must . . . deny it all along the way.” I will let Wolfe take the rap for that, with its obviousness and preachiness. Except amen. Sometimes we have to pause to hear the obvious.

The following is a portion of folk wisdom, and like all of that, it may have none or the flimsiest truth. They say that among the suffering ill, the Jews, on the one hand, complain incessantly. The Irish, on the other, deny feeling any pain at all. This has nothing, understand, to do with who’s tougher. Because, Christ, I think we all know by now how tough we all are, which is plenty and not enough.

The reason for the difference, they say, is this: The Jews believe they can make things better, and with effort, reason, and argument can change the world. Even a little pointless agitation can’t hurt. The Irish think they know that nothing under the rain will change, from this time until the last. So they deny their pain, lest it be increased on them by perverse strangers. When at last, trained to be each his own and her own stranger, they act on pain scalded in silence,

they can do heartless, spiteful things.  I’m a pretty sensible person in a lot of ways, very much as so many of you are sensible . . . And yet.

I presume to say these things, having acquired a variety of genetic material out of the dark past. So I appropriate to myself a variety of inappropriate opinions. As a reasonably obscure writer with a small, loyal band of readers on whose love I have lived, as I see it, I wish I had done more. I live in hope, as may surprise some. It isn’t despair so much that interests me.

I know the line about Thomashefsky’s deathbed: Dying is easy, comedy is hard. Let me say that I interpret the actor’s joke as artistic metaphor. Before death I have nothing to offer but dread reverence. But the practice of hope, of life against death, of edges and surviving, were what I wanted to write about.

Except that we are all, against our will, adventurers. It was not so much the adventurer’s edge—though who, coming after Hemingway, could resist trying themselves against that? But I’ve spent considerably more time trying to stay awake in quiet rooms than spying on birds, let alone lions. When you have read this through you will have a sense of how drug-ridden, boozy, and wasted a lot of this life has been. When I thought of beginning this coda about Wolfe’s reference to suffering, it was of drugs and alcohol I was thinking.

The edges I pursued were of the mind and heart, because I believed they were where insight resided. Insight was my God when I felt deserted. I fell in love with the word in William James or somewhere, with the thing itself in Joyce or somewhere. It was survival, I thought.

Death is hardying. No going back. I happened on the quote from Wolfe in a Sunday supplement, because it’s been a long time since I learned about life from Eugene and Ben in Altamont, Catawba. As I write it here, I wish I could tell you, all my beloved readers, the meaning of life. It is to my beloved readers over the years, whom I loved from afar and whose love kept me going, that I am speaking now. So many of you never let me down, whereas: I did you at times. Forgive me, but hold it against my account.

I’m a pretty sensible person in a lot of ways, very much as so many of you are sensible . . . And yet.

I would have given you the meaning of life if I could. My friend and colleague Kesey certainly tried, the MOL, wrapped. Two deluded American writers at the end of the worst century in human history (pray God), with no sense of their place, no artistic modesty. It was as it should be.

I gave you everything I found out, as elegantly, concisely, and clearly as I could present it. You will know that. I pray we are better off. And speaking of prayer, I claim not to be sliding into megalomania. (Is that how it’s approached, a slippery slope?) Neither do I end this coda as a farewell. It may be that. It’s not meant to be.

What I hope for is that I may keep pursuing, go on loving you, having you go on loving me. I have some tales and want you all around, and more of you.

Meaning of life? As Chico Marx once remarked, “There ain’t no Sanity Clause.” Perhaps it was rash of me to describe the fisher of Leviathan as a GIANT INVISIBLE BABYLONIAN PAPERWEIGHT. I propose to go on serving, to serve better. God must, in appallingly stranger mercy, understand that he is the one joke by which we live and that he, agent or principal, is at the center of it.

–Not previously published, circa 2013

From The Eye You See With: Selected Nonfiction. Used with the permission of the publisher, HMH. Copyright © 2013 by Robert Stone.

Robert Stone (1937–2015) was the acclaimed author of eight novels and two story collections, including Dog Soldiers, winner of the National Book Award, and Bear and His Daughter, a finalist for the Pulitzer Prize. His memoir, Prime Green, was published in 2007. 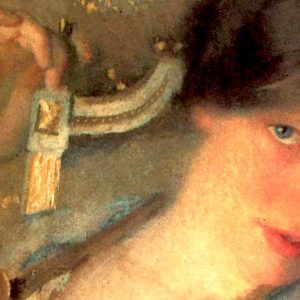 On a fateful evening near the end of the novel, May Archer, née Welland, delivers a devastating piece of news to her husband,...
© LitHub
Back to top
Loading Comments...