How Oscar Wilde won over the American press • Carole Hooven on the role of hormones in human speech • Conversations with strangers on a cross-country train • Miljenko Jergović considers the visible erasure of Croatian Jews • Elie Honig on the “feigned ignorance” of William Barr • A more interesting way to talk about the line between a writer’s life and their fiction • Rachel Yoder on navigating chronic pain through storytelling • On the Gilded Age women “sex radicals” who fought back against Anthony Comstock • Thad Ziolkowsk on returning to New York’s waves on September 12, 2001 • Stories from the Playboy Bunny Resort • Lauren Markham and Jeff Frost on California’s endless season of heat • What it was like to walk on the moon in 1971 • “Faux meats are not progress, they are a distraction” • On the 1983 kung fu film that sparked the genesis of the Wu-Tang Clan • How we (mis)treat mental illness • Geoff Rodkey on accepting the realities of civilization-ending calamity • Why negative descriptors tend to outlast their positive counterparts • Athena Dixon on family legacies and the long reach of addiction • Toward a syllabus of modern grieving • K.E. Semmel on translating Mathilde Walter Clark’s Lone Star • Matt Mitchell on building his own intersex canon of poetry, with the help of Freaks and Geeks • How American textbooks misrepresent the struggle for racial justice • Gail Scott on lit-crit’s underestimation of female genius • Cedar Sigo on Eileen Myles and the “poet’s novel” • Geoffrey Hilsabeck on the dizzying dream of Vaudeville 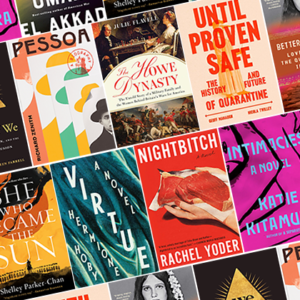