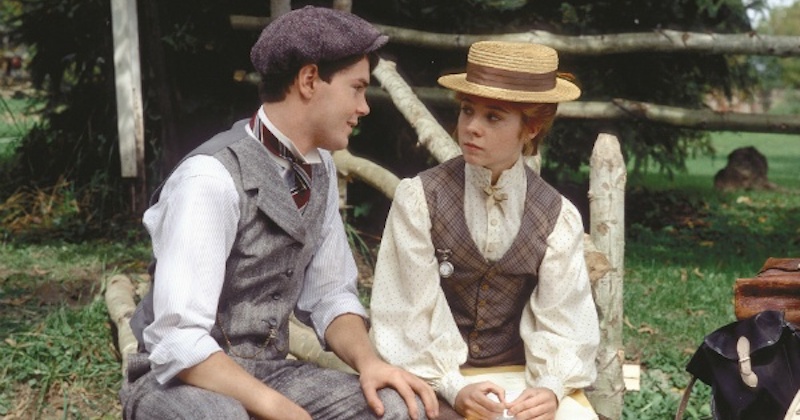 Rarely is a fiction reading or interview with a novelist complete until the question, “how much of the book is true?” gets asked. Over the years this question has baffled me to the point of irritation; it feels like a dead-end curiosity that doesn’t challenge the writer to investigate their creation nor inspire readers to consider the book in a unique way. It is more like entrapping gossip, like the questioner is mining for proof that the fiction is not an impressive feat of creativity or the writer doesn’t have the right to be writing what they are writing because they haven’t physically experienced the edges of their story. Every time this happens I wonder why we can’t use Q&As to move into some stranger territory with writers and explore the overlap between fiction and reality with more imagination. The question I want to start asking at readings is: how much of your life has been determined by fiction?

Many of the stories told in my family involve hijinks related to imitating fictional characters and the ensuing chaos. Some greatest hits include my grandmother drawing Zs all over the walls of her house after reading The Mark of Zorro as a child and cousin Ronnie jumping off the garage after watching The Bionic Man hoping his hearing aids would help him fly. I’ve consistently amused my relatives with ill-fitting jobs I’ve worked, from dude ranches to marine debris collection, because of the connections I’ve felt with characters from Hey Dude! and Too Loud a Solitude.

Recently I accepted a job teaching a remedial writing class at an art school in Philadelphia because it reminded me of one of my favorite fictional characters, Winter Sorbeck, an instructor in Chip Kidd’s The Cheese Monkeys. The Cheese Monkeys is a classic “freshmen at a state school majoring in art despite the disappointment of his parents in the 1950s” novel and Winter Sorbeck’s teaching style can be summed up in an assignment where he drives his students 30 miles from campus and abandons them with paper and markers to get themselves home. Ever since reading Cheese Monkeys, I’ve harbored the desire to briefly be Winter Sorbeck and facilitate perception-altering assignments to young artists. This vision eclipsed the red flags of the teaching job in Philly that would turn out to be a nightmare: low pay, inconsistent department support, pre-vaccination hybrid teaching, confusing communal grading practices, and the dreaded use of Moodle as an online learning platform, which if you are unfamiliar is the mousetrap equivalent of a glue board.

One writer that consistently comes up in conversations about the convergence of reality with fiction is Denis Johnson and his collection of linked, devastating stories, Jesus’ Son. Lovers of Johnson’s work have described his influence on their lives as permission to proceed through drug use and participation in dead-end jobs longer than they should have because of the potential for “material” within them. These connections to Johnson raise the notion of shakily justifying one’s life through fiction both by considering your behavior against characters who are “worse than you” and holding fast to the belief that you aren’t really working at the donut shop (the glaze in my hair suggested otherwise).

Johnson’s work can help perpetuate the delusion that you are not a minimum wage worker, you are undercover, you are collecting observations and importantly waiting for the world to reveal itself in more stunning clarity than it would in say, an office. There is also the possibility that one is encouraged to self medicate after reading something like Jesus’ Son because of the prophetic ways that characters in Johnson’s work experience the world around them. Substances are often suggestions of divine protection for the characters—as if without them the world would be painfully obvious. Some of these characters seem to be experiencing their circumstances at an incredibly high volume and their drugs are tools for moderating perceptions. In the story, “Car Crash While Hitchhiking,” the narrator with acute alcohol and amphetamine habits explains, “I knew every raindrop by its name. I sensed everything before it happened. I knew a certain Oldsmobile would stop for me even before it slowed, and by the sweet voices of the family inside that we’d have an accident in the storm.”

There is a kind of bibliomancy, the use of books in divination, to being a reader of fiction. This magical concept begins while book browsing. We run our hands over the spines of novels as if receiving small visions of the reading experience to come. We flip through the pages like we can intuit the way reading the book will make us feel. We breathe in the object and wait for a sense of the thing. These acts of placing our hands on books and confidently asserting directions to read in are connected to our recognition of fictionally familiar situations and our desires to enter into them. To encounter and encourage a situation reminiscent of something that intrigued you on the page has a uniquely divine quality; we become Minor Prophets when we find ways for our physical selves to merge with our minds’ eyes.

It makes me wonder: how are memories of literature and memories from our lives stored differently? What prevents them from oozing together to create hybrids of fiction and reality? And what of the memories we store of physically reading? The positions we held while our mind inhabited two worlds like birds that sleep in one hemisphere of their brain to fly for days straight. What is the placement of all these things in the mind like? How are they positioned and organized according to their level of truth? So much must be determined by what our bodies remember—delineating lived experience from read experience like chicken sexers. Male chick, female chick, lived experience, read experience, and perhaps there is something innately uncanny to holding memories of events and characters in your mind alongside the actual memories of your life. Therefore, when situations arise organically enough to provide you with the opportunity to add an actual dimension to that fictional memory, it is appealing because it legitimizes the vision. It gives legs to it. It has now happened. The memory moves from hazy imagining to something concrete. The need for separation between what was read and what was lived evaporates. To enact fiction is to make it nonfiction. It is the ultimate blurring of boundaries, a distortive claim over memory. It is the profound instinct to mix all the genres and evaporate marketable shackles to create messy masterpieces.

Why do certain situations feel like short stories? What are you sensing when you experience that recognition of possibility? It is separate from recognizing a fictionally familiar event, it is detecting a distinctly literary setup—a circumstance imbued with narrative potential that is indicative of more than itself. Talking about this with friends recently encouraged musings about dates they’ve gone on that “seemed like stories.” A date with a widow to the beach, a date with a union mole with a perpetually broken toe, a date with a woman who styles the hair of the dead, these conversations made me wonder if this feeling of something being “story-like” is entirely about novelty—is this feeling limited to encountering something or someone unusual? I don’t think so.

These remembered dates are recollections of perceiving multidimensionality. They may have headline qualities to them now that suggest being one-note but those tidy identifiers are also testament to parts of these people that were knowable, and naming them story-like gave the person observing them a concrete place to begin understanding and interpreting. The function of literature is not to report on newness, it is to create portraits of energetic connectedness and fuse the disparate consciousnesses of writer and reader through interpretations of living.

To enact fiction is to make it nonfiction.

There is also the element of surprise involved in perceiving that your reality has taken on story-like qualities. There has to be a certain amount of fated feeling for the ignition of recognition to take place. It is the difference between getting in your car and deliberately putting your favorite song on versus getting in your car and your favorite song coming on the radio. Technically, the same experience occurs—you listen to the song—but one of the situations makes you feel like you are in the eye of something: simultaneously seen more clearly and more capable of seeing.

A few years ago friends and I went on a road trip to New Brunswick, Canada, and visited the Anne of Green Gables Heritage House on Prince Edward Island. This tourist destination includes L.M. Montgomery’s house, hiking trails through the Haunted Woods which inspired many of Anne’s adventures, a Cordial Cafe named for an unforgettable drinking incident in the series, and a gift shop full of braided red wigs attached to straw hats after Anne’s appearance. While we laughed at the proliferation of Anne wigs at this establishment, we also had to have one. We had to have one because this kind of blatant convergence of reality with fiction is aware of the impossible suggestion it is making.

To don an Anne wig at L.M. Montgomery’s former home and walk through the Haunted Woods is not actually an attempt to feel more like the literary heroine, it is to acknowledge the impermeable and impossible feat of entering into that story. The Anne wig is the epitome of a fictional detail that can be agreed upon by all readers of Anne of Green Gables, no one struggles with that extracted vision from the text. I have respect for the Anne wig as both an acknowledgment of our innate desire to enter into beloved texts and the absurd impossibility of it. The Anne wig represents the limitations of that which can be physically recreated and presented to fans of fictional characters. There is something submissive and apologetic about the Anne wig. It seems to say, this is as far as the Anne of Green Gables world can be reproduced for you by someone else. The rest of it lives in your mind’s eye.

Those uncuratable elements of literature are the truly divine qualities of fiction; the ethereal veins that cannot be extracted and shown to you by anyone else. It may be this impossibility and privacy of fiction that inspires us to enter it and legitimize our lives through the lenses of literary characters. It is an act of sense-making really: we are trying to figure out what to do with these representations of living and honor the elements that make us feel more alive than our actual lives. 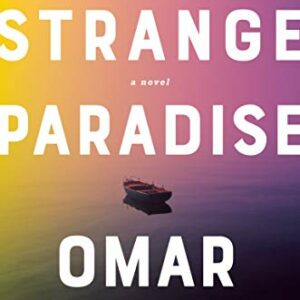 The highway from Homs to Damascus, spindly and unlit and lined with squat concrete barricades, was deserted but for the five...
© LitHub
Back to top