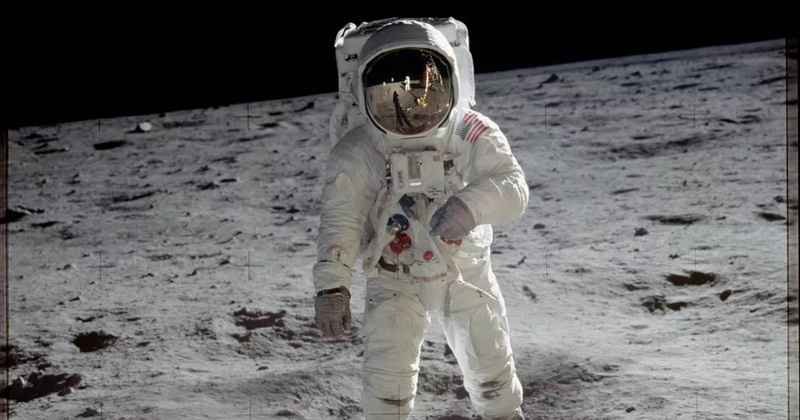 No Billionaires Detected: What It Was Like to Walk on the Moon in the Summer of 1971

Looking Back at Apollo Missions 14 and 15, and the Crater that Eluded Mankind

Via Custom House
By Earl Swift

Consider the two lunar missions of 1971: Apollo 14, which landed in the moon’s rugged Fra Mauro region in early February, and Apollo 15, which six months later took its astronauts to a plain rimmed by sky-high mountains and a mammoth canyon, and carried the first LRV.

On their second excursion from their lunar module Antares, Apollo 14 astronauts Alan B. Shepard Jr. and Edgar Mitchell embarked on the longest walk of the Apollo program—a hike over undulating ground to the rim of Cone Crater, a half mile away, where geologists hoped to find rocks from deep in the moon that had been blown from the hole during its creation. Pulling a two-wheeled, rickshaw-like contraption for their tools and rock samples, they set out confident that they knew just where the crater was—“right over that way,” as Mitchell put it. Their maps depicted the landmarks they’d see on the way.

But the moon played tricks on them. The horizon was weirdly close. The sky was utterly black. The gray surface concealed its features behind swells and declivities. And the astronauts’ perception of size and distance was jumbled by the absence of any visual yardsticks—trees or houses or clouds—so that a large rock hundreds of yards away looked no different from a smaller one close by. The same was true of craters: within minutes, the pair mistook small depressions for large, assigned them the wrong names, and in so doing, misjudged their location and thus their speed. When they first stopped to gather samples, they were hundreds of yards short of where they thought they were.

Not long after, they realized the surrounding moonscape didn’t match their maps and disagreed on what they did see. Shepard pointed out what he took to be Weird Crater, a cluster of overlapping depressions off to their south. Mitchell thought they had to be “considerably past Weird.” Mission Control in Houston, with only the astronauts’ verbal descriptions to go on, had no way of knowing who was right, assuming that either was.

The dust underfoot, soft and yielding, began to tilt. “We’re starting uphill now,” Mitchell told Houston. “Climb’s fairly gentle at this point, but it’s definitely uphill.” Moving in a pressurized space suit was taxing on flat ground; soon the slope had both astronauts breathing hard. An hour into the hike, they stopped to “take a break, get the map, and see if we can find out exactly where we are,” as Mitchell said. As they caught their breath, they thought they sorted out their location. They were wrong.

Shepard and Mitchell took turns pulling the cart, which NASA— sweet on convoluting the labels for its gear and infatuated with acronyms—called a modular equipment transporter, or MET. Keeping it under control on the uneven ground slowed them. As the slope steepened, they picked up the MET and carried it, certain their climb would end at Cone Crater’s rim. When they reached the top, however, they found a swale ahead and, beyond it, another rise. The crater, more than a thousand feet wide, was nowhere in sight. “Well,” a baffled Shepard told Mission Control, “we haven’t reached the rim yet.”

But the moon played tricks on them. The horizon was weirdly close. The sky was utterly black.

They marched on, pulling and carrying the MET, ascending another steep rise, growing more tired and frustrated by the minute, and steadily depleting the stores of air and cooling water in their backpacks. Their transmissions were breathless, and at times their heartbeats, especially the forty-seven-year-old Shepard’s, spiked to the point that Houston urged them to rest. This climb, too, ended in disappointment. “It’s going to take longer than we expected,” Mitchell reported. “Our positions are all in doubt now.”

They were not lost. They could see Antares behind them; getting back to safety was never in doubt. But experiments on Earth had shown that an impact crater’s debris, or ejecta, is arranged around the hole in a predictable pattern, with the material from deepest underground closest in—and that if they wanted to sample lunar bedrock, which was a mission priority, they had to get near that rim. They came to another long slope, which Shepard figured would take thirty minutes to crest. “I don’t think we’ll have time to go up there,” he told Mitchell.

“Oh, let’s give it a whirl,” his partner countered. “Gee whiz. We can’t stop without looking into Cone Crater.” They’d traveled a long way to get here, and they were close, wherever they were. He was confident they would “find what we’re looking for up there.”

Houston came on the radio. “In view of your assay of where your location is, and how long it’s going to take to get to Cone, the word from the back room is they’d like you to consider where you are the edge of Cone Crater.”

Mitchell, exasperated, called their handlers “finks,” a mild put-down of the day. Shepard tried to assuage him. “I think what we’re looking at right here, in this boulder field, Ed, is the stuff that’s ejected from Cone.”

“But not the lowermost part,” Mitchell replied, “which is what we’re interested in.”

Mission Control extended their allotted time for the expedition by thirty minutes. They trudged farther uphill. When the incline leveled out, they were not looking down into Cone, however, but just another shallow valley in Fra Mauro’s wrinkled surface. By that time, they’d cut deep into their extra half hour. Houston had them sample the rocks and soil where they were, then start back.

Skip ahead to the last day of July, and Apollo 15’s first traverse of the Hadley-Apennine region by lunar rover. Dave Scott and Jim Irwin had a much more ambitious assignment than their predecessors: to cross a mile of hummocky, cratered plain to a spectacular gorge called the Hadley Rille, then follow its edge to the foot of a mountain that, in sheer mass, rivaled the biggest massifs on Earth—and climb its side.

Their transmissions were breathless, and at times their heartbeats.

Thirteen minutes into their ride, they reached the rille, nearly a mile wide and a thousand feet deep. They’d already traveled twice the distance from Antares to the Cone Crater. And though piloting the rover involved some “sporty driving,” as Scott told Houston, they remained fresh. They drove along the canyon’s lip until they were two straight-line miles from their own lunar module, Falcon, and stopped alongside Elbow Crater, timeworn and eleven hundred feet wide, the site of their first geologic investigation.

Mission Control took remote control of the rover’s TV camera. During Shepard’s and Mitchell’s slog at Fra Mauro, the camera back at Antares had stared out over motionless landscape; the only change in the picture was a slow, subtle shift in the scene’s lighting as the sun crawled higher in the sky. Now, at Elbow Crater, viewers on Earth could watch Scott and Irwin in real time as they conducted science in the field, bagging samples and taking pictures.

They left for the mountain, Hadley Delta. The rover outperformed its meager horsepower: when the men stepped off the machine, 2.4 straight-line miles from base camp, they were surprised by how steep the ground felt under their feet and how high up the mountainside they’d climbed. They had a commanding view of the plain and canyon below, and for the moment, had driven beyond sight of their lunar module. “Oh, look at that,” Scott said. “Isn’t that something? We’re up on a slope . . . and we’re looking back down into the valley, and—”

“That is spectacular,” Scott agreed. He readied the rover’s antenna for TV transmission, then paused for another long look. “The most beautiful thing I’ve ever seen.”

They were rested and ready for work. Rides were comparatively effortless, with cooldowns built into every excursion. That yielded lower metabolic rates, which translated into slower consumption of the air and water in the astronauts’ backpacks, and stretched the time they could spend outside. Scott and Irwin sampled rocks and soil for forty-five minutes before heading back downhill, following a course for base camp laid by the rover’s navigation system. It worked as designed, so that they always had a good fix on where they were. It also safeguarded them from one of the great disappointments at Fra Mauro: the Apollo 14 moonwalkers had come within sixty-five feet of Cone Crater’s rim, but didn’t know it.

Earl Swift is the author of the New York Times bestseller Chesapeake Requiem, which was named to ten best-of-the-year lists. His other books include Auto Biography and The Big Roads. A former reporter for the Virginian-Pilot and contributor to Outside and other magazines, he has been a fellow of Virginia Humanities at the University of Virginia since 2012. 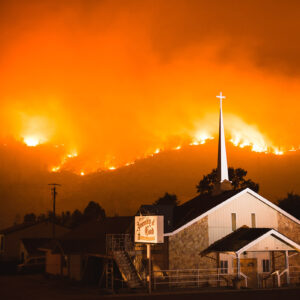 Land of Smoke and Fire: Documenting California’s Endless Season of Heat The Longest Year: 2020+ is a collection of visual and written essays on 2020, a pivotal year that shifted our way of experiencing...
© LitHub
Back to top