What are dads bringing to the table (in literature)? • Searching for a vanished medieval city somewhere in Wales • Taymour Soomro recommends six books about patriarchs • Considering Ursula K. Le Guin’s “liberatory alternative” to car culture • Courtney Maum on making a writing career • How do you begin to write a novel about 6th-centry Londinium? • In praise of Josephine Johnson’s 1934 Pulitzer Prize-winning novel • On fan-nonfiction and the joy of mutual delusion • Silvia Moreno-Garcia on H.G. Wells, creation gone awry, and the long history of eugenics • Liska Jacobs on leaving the “city of impermanence” • The surprising origin story of the gimlet • How a colicky baby led to Christina Geist’s picture book debut • How language shapes emotion across cultures • Baynard Woods reflects on how writing a book forced him to confront the many lies of whiteness • Jessica Sequeira considers the overlap between musical interpretation and literary translation • On the Lord of the Rings and Dungeons & Dragons crossover that almost was • How Final Fantasy VII taught Jamil Jan Kochai to write • 10 midlife coming-of-age novels • A love letter to public libraries • How Madame Mao remade Hollywood for Chinese audiences • Jen Maxfield examines how unjust drug policy and systemic racism created a class of innocent felons • Verlyn Klinkenborg’s advice for writing more clearly

Night of the Living Rez by Morgan Talty, Read by Darrell Dennis 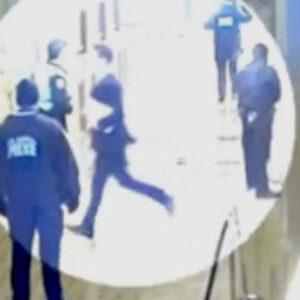 I am very pleased to report that one of the many ways in which the Internet is mocking now-disgraced Senator Josh Hawley—for...
© LitHub
Back to top