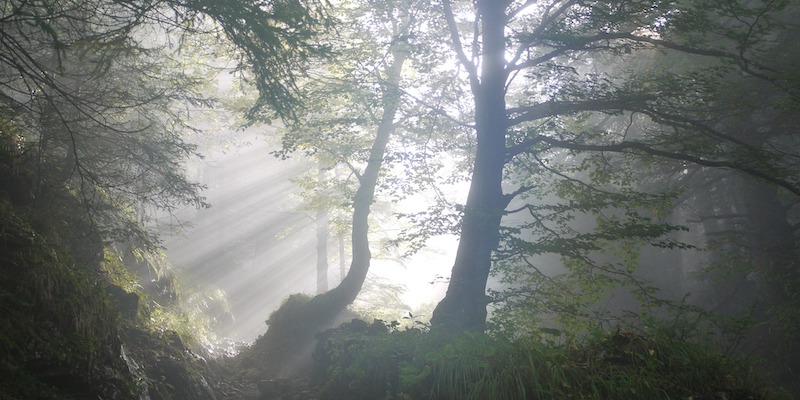 "It's hard to pay attention to what your words are actually saying."

Here, in short, is what I want to tell you.

Know what each sentence says,

What it doesn’t say,

And what it implies.

Of these, the hardest is knowing what each sentence actually says.

At first, it will help to make short sentences,

Short enough to feel the variations in length.

Leave space between them for the things that words can’t really say.

It’s hard to pay attention to what your words are actually saying. As opposed to what you mean to say or what you think they’re saying.

Imagine it this way:

One by one, each sentence takes the stage.

It says the very thing it comes into existence to say.

Then it leaves the stage.

It doesn’t help the next one up or the previous one down.

It doesn’t wave to its friends in the audience

Or pause to be acknowledged or applauded.

It doesn’t talk about what it’s saying.

It simply says its piece and leaves the stage.

This isn’t the whole art of writing well.

It isn’t even most of it.

But it’s a place to begin, and to begin from again and again.

The difficulty is forcing yourself to keep them short.

There are innumerable ways to write badly.

The usual way is making sentences that don’t say what you think they do.

What can the reader possibly believe? Your sentences or you?

The only link between you and the reader is the sentence you’re making.

There’s no sign of your intention apart from the sentences themselves.

And every sentence has its own motives, its own commitments,

Quite apart from yours.

It adheres to a set of rules—grammar, syntax, the history and customs of the language, a world of echoes and allusions and social cues—that pay no heed to your intentions,

If you don’t heed those rules.

It’s hard to pay attention to what your words are actually saying.

As opposed to what you mean to say or what you think they’re saying.

Knowing what you’re trying to say is always important.

But knowing what you’ve actually said is crucial.

It’s easier to tell what you’re saying in a short sentence.

You’ve been taught to believe that short sentences are childish,

You’d like to think your education has carried you well past short sentences.

But you’ve been delivered into a wilderness of false assumptions and bad habits,

A desert of jargon and weak constructions, a land of linguistic barbarism,

A place where it’s nearly impossible to write with clarity or directness.

Without cliches or meaningless phrases.

True, you can sound quite grown-up, quite authoritative, in the manner of college professors and journalists and experts in every field.

(You may be a college professor, a journalist, or an expert in some field.)

How well do they write?

How much do you enjoy reading them?

Sentences listening for the silence around them.

Listening for their own pulse.

Pay attention to all the noise in your head as you go about writing.

Much of it is what you already know about writing, which includes:

(It’s okay. You can begin sentences with “and.”)

The things everybody knows or assumes about writers and how they work,

Whether they’re true or not.

The things you feel you must or mustn’t do, without really knowing why.

The things that make you wonder, “Am I allowed to…?”

(Yes, you’re allowed to. Not forever and always, but until you decide for yourself what works and what doesn’t.)

Write these things down—the contents of the noise in your head as you write.

These assumptions and prohibitions and obligations are the imprint of your education and the culture you live in.

What you don’t know about writing is also a form of knowledge, though much harder to grasp.

Whenever you get a glimpse of your ignorance.

Don’t fear it or be embarrassed by it. 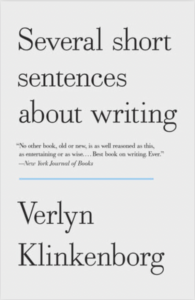 Excerpted from Several Short Sentences about Writing by Verlyn Klinkenborg, available via Vintage. 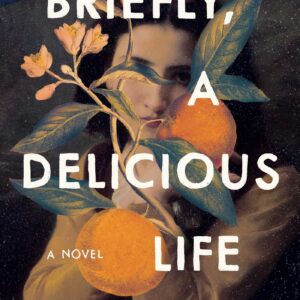 My name is Blanca. I died in 1473, when I was fourteen years old, and had been at the Charterhouse ever since. Over the centuries,...
© LitHub
Back to top
Loading Comments...