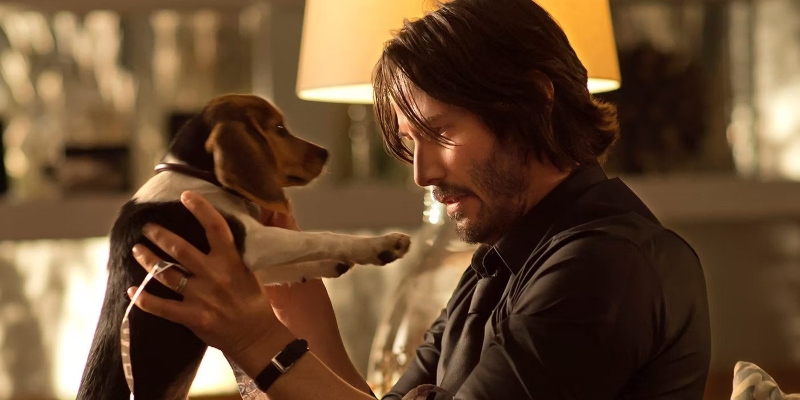 “We love the dog, and every motherfucker who killed the dog should die.”

By Edward Gross and Mark A. Altman

When the original John Wick knocked audiences on their collective asses back in 2014, they really had no idea of the Sturm und Drang it had taken to bring the ambitious action film to life or the intricate planning for the elaborate stunt work, balletic gunplay, slick noir-infused aesthetic, and kinetic editing.

Despite all the challenges that stood in the way of its box-office success and all the elements that would eventually converge to distinguish John Wick as the defining action film franchise of the second decade of the 21st century, the first week of filming had virtually no action to speak of, though it did deal with an issue that would have far larger reverberations on the fledgling franchise than anybody could have ever imagined.

Basil Iwanyk (producer, John Wick: Chapter 1 through Chapter 4): We shot about four or five days in John Wick’s house. We probably should’ve shot only about two days in that house, but we shot a lot. When you’re starting out on a movie and everyone’s like, “Oh shit, this movie’s not going to work,” and your first week of footage is Keanu brooding in his pajamas around a house, getting a dog, and pouring coffee and looking longingly out a window, you’re like, “Is someone going to shoot somebody? What’s going on here?”

The first action scene in the movie, people come in and try to kill [John], and he kills the people that are in the house. It’s the first attack. I was like, “Holy shit, this is incredibly cool! The somersault and this and that. Damn, this is fucking unbelievably cool.” And I remember that night we had the cop coming to the front door. It was played so straight and played so tonally perfect, I’m like, “These guys get it. They don’t just get the action but they get the joke. We’re making something absurd, and we’re leaning into it.” They didn’t just go, “Okay, we’re making fucking Gone with the Wind. We’re making a fun, insane graphic novel that’s self-referential.”

And that’s when I knew that they had figured out the tone. Because the thing about directors and movies in general is that the tone is the hardest thing to hit. Tone is the end result of so many little and big decisions. Then, when you see it laid out, you’re kind of like, “What???” Or, “I hope it gets better in post.” This time, between that action sequence, which was so badass, and then him talking to the cop, that was when I was like, “Okay, this is going to work.”

Ray Morton (senior writer, Script magazine): The story’s structure is really clever. If the film didn’t open the way it did—with a bloody and battered John pulling up to the vet’s office in the battered car, which tips us off that we’re watching a thriller or an action picture—for the first 20 minutes, we would have thought this was just a drama about a grieving man coping with the death of his beloved wife.

People who wouldn’t ordinarily watch an action movie would go, “Oh my God, don’t mess with my dog.”

After things take a darker turn when the Russian creeps he meets at the gas station invade his home, kill his dog, and steal his car, we might have still assumed we’re watching a standard drama—perhaps about rising crime in the suburbs. But then Aurelio recognizes John’s car, and Viggo tells Iosef who Wick is. At that point, we would have realized this may not be a standard drama after all. And then when Wick wipes out the team of assassins sent to kill him, we would have known for sure we were not watching a standard drama. But even though the opening scene has already told us this is going to be a thriller or an action film, nothing prepares us for the Continental.

Once Wick passes through its doors, we realize that the movie has just left our reality and has entered an alternate universe where anything can happen. From that moment on, we have no idea where this movie is going to go, so just hang on tight and wait to see where it takes us. All of this works so well that I kind of wish they cut the opening scene, because then the movie would have been even more surprising than it already is.

Basil Iwanyk: My theory was there are so many action movies, and the premise is really familiar: “Oh, you killed my wife,” which we’ve seen about a million times. “You’ve killed my brother, you’ve killed my dad.” Or it’s something kind of exotic. “I was a Navy SEAL in Afghanistan, and I got betrayed.” Or, “I was a cop, and I was a DEA agent, and you killed my partner.” Something that 98 percent of the audience really doesn’t know how to understand it. And movies labor to evoke emotion.

I thought to myself, Oh my God, what if someone killed my dog and stole my car? I didn’t go to the dog part. I always went to the idea of the wife’s dying, leaves the dog to the husband, and says, “You need to keep loving in your life, start with this.” That was the element, that was the memory of his wife, and then that’s killed. To me, anyone could understand that. Anyone could emotionally empathize with it. It’s so tactile and down to earth. People who wouldn’t ordinarily watch an action movie would go, “Oh my God, don’t mess with my dog. I’d go off.” And we got a lot of that. It was the clear love of Keanu and what he pulled off with his wife and his dog and his despair—the audiences loved it, and they put themselves into it.

Derek Kolstad (screenwriter, John Wick: Chapter 1 through Chapter 3): I struggled a little bit with the dog, because you both wanted it to be the dog, but also it’s the symbolism of the dog, but also it’s the excuse of the dog. It’s those three things. When we initially met with directors, there were a lot of directors who loved the script, but were like, “No, it can’t be the dog; it has to be his whole family.” And to us, it’s like, “You’re kind of missing the point.”

That’s not even the dog lover in me. It’s like, “No, it’s not just the dog, but it’s the dog.” We struggled with the dog for the longest time. Even in postproduction, like, is it enough? It wasn’t until the first screening, where we watched the audience watch it, that we were like, “Nope, it’s the dog. It’s just the dog. And we love the dog, and every motherfucker who killed the dog should die.” 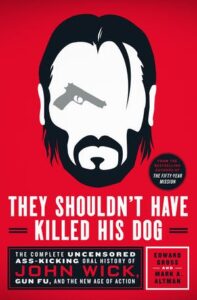 From They Shouldn’t Have Killed His Dog: The Complete Uncensored Ass-Kicking Oral History of John Wick, Gun Fu, and the New Age of Action by Edward Gross and Mark A. Altman. Copyright © 2022 by the author and reprinted with permission of St. Martin’s Publishing Group.

Edward Gross and Mark A. Altman

Edward Gross has an extensive history covering film and television as a member of the editorial staff of a wide variety of magazines. He has written or co-written over three dozen non-fiction books, including the bestseller The 50-Year Mission: The Complete, Unauthorized Oral History of Star Trek. Mark A. Altman is a television showrunner and motion picture writer/producer who is executive producer of the hit sci-fi series Pandora. Previously he served as Co- Executive Producer of The Librarians, Agent X, Castle and Necessary Roughness among others. 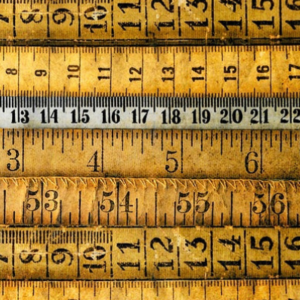 On the morning of his execution, a condemned man watches the sun rise “for the last, and the first, time.” After reading...
© LitHub
Back to top
Loading Comments...