Batja Mesquita on the Way Language Shapes Emotion Across Cultures

When Bara parents on Madagascar tell their children to show tahotsy, or label their children’s behavior as tahotsy, they introduce their children to the cultural goal of obedience in the hierarchy. When an Ifaluk mother calls on her young son to show fago, she introduces him to the emotion that is marked by taking care of another person; she implies that throwing a piece of coral rubble at your two-​year-​old cousin is incompatible with fago.

Similarly, when European American or German parents label their own or their children’s behavior as angry, they introduce their children to concepts of blame, personal accountability, fairness, and also to the goal of defending your autonomous rights. Once their children show some maturity, Japanese parents teach them omoiyari (roughly, empathy): episodes of omoiyari will be highlighted, or carved out, in everyday life.

A child’s learning of an emotion word is not so much starting to recognize their own deep mental states, to which a caregiver does not have access after all, as it is to connect a cultural concept—​tahotsy, angry—​to an unfolding episode. Parents constantly provide their children with emotion concepts to disambiguate what is going on. Especially towards the second year, when children start using emotion concepts themselves, parents use emotion words very often. In one study, urban Japanese mothers used an emotion word between once and twice per minute during interactions with their two-​year-​old sons. The more emotion words caregivers use, the more emotion words their children learn.

A child’s learning of an emotion word is not so much starting to recognize their own deep mental states, to which a caregiver does not have access after all, as it is to connect a cultural concept

Parents point out when the child is angry, warn them when they are angry or are about to get angry, or describe a protagonist in the book as looking angry. Imagine an emotion concept such as anger as a container of particular types of emotional episodes. Once this container is in place, your parents and others point out different instances of anger. Eventually, you may understand instances of anger all by yourself. All these particular instances will then be stored as part of the container of episodes that “anger” is.

With every new experience—​every episode of “anger” that you encounter—​the particular emotion concept of anger gets an update. In the end, anger will be filled with experiences you sample during your life. This means that the anger category, even within a culture or within an individual, is not homogenous. It does not refer to a single state. Rather, it consists of many different episodes: “angry” when your mom challenged you in a rough-and-tumble fight, and you lost against her; “angry” when your friend took your toy and you pushed him to get it back; “angry” as your mom was scolding you for treating her with disrespect. “Angry” becomes the container of the many episodes that, in your culture, count as anger.

Psychologist Lisa Feldman Barrett, in describing exactly this process of concept learning, points out that emotion concepts make connections between different emotional episodes that, on the surface, have little to do with each other. Minangkabau parents using the word malu (roughly translated as “shame”) draw the connections between “being-​shy-​as-​a-​stranger-​approaches-you,” “feeling-​bad-​about-​not-​obeying-​your-mom,” and “being-​publicly-​mocked-​for-​improper-​behavior,” even though these episodes may feel different, look different, and have different antecedents, and behaviors attached to them. By categorizing them as malu, the child learns to connect a large range of situations that urge deferent behavior.

Similarly, American parents teach their children that “happy-​about-​getting-​praise-​for-​turning-​the-​book-​right-​side-up,” “happy-​about-​winning-​a-​game,” “proud-​about-​being-​a-​good-​student” all belong to the same category of “pride” (colloquially referred to as “feeling good about yourself”), even though these instances of “pride” arise in different situations, call for different action, and probably “feel” different to some extent. By teaching our child emotion concepts, parents attach culturally shared meanings and goals to these episodes. By naming an episode malu, parents imply that deference is called for; by suggesting that the child should “feel good about themselves,” they indicate that individual pleasure and being in control are of utmost importance. By learning what “emotion” they have, children become aligned with their parents’ (and their cultures’) meanings and goals.

Emotion words come with the emotional episodes from your culture’s collective memory as well as collective insights about these emotions.

But that is not all: as a member of your culture, you get a jump start. Early in life, when you start learning the emotion words in your language, these words are containers partly stocked. It is not that every child, with the help of their parents, needs to start all over again assembling instances of “anger” or malu. Emotion words come with the emotional episodes from your culture’s collective memory as well as collective insights about these emotions. You learn them by talking to others, by hearing the collective wisdom about these emotions, and by observing how they are used in public life. It is this collective knowledge that scaffolds your own experiences.

The emotion concepts of your language structure your experience. They are the tools that your parents use to help you make sense of ongoing events, including your own responses. They also prompt appropriate behavior. What if the emotion concepts vary across languages? And to what extent do we know this to be the case?

The first thing to know is that not all languages have a word for “emotion” itself. The category, as we think we know it, is historically new, and geographically unique. This is a problem, because it makes it harder to even know what concepts to compare across cultures. In some languages emotions are grouped with other sensations such as fatigue or pain, in others they are grouped with behaviors.

The Turkish respondents in my word-​listing study were an example of the latter, listing as emotions such behaviors as crying, laughing, helping, and yelling. The Himba in Maria Gendron’s research are another example of a community where behaviors are included in the category of emotions; they saw the communality of emotional faces in terms of behaviors (not mental states): “all laughing.” In deciding which emotions are different across cultures, it is important to realize that there is no universally shared way of drawing the boundaries around the domain of emotions. This makes the comparison across cultures all the more complicated.

Even without considering the difficulty of deciding what exactly counts as an emotion concept, it is clear from the outset that not all English words will have translations in other languages. Emotion vocabularies in some languages—​such as Chewong in Malaysia—​count as few as seven emotion words, and other languages count in the thousands, with English containing more than two thousand emotion words. There is no question, therefore, that languages organize the domain very differently, and make both different kinds as well as different numbers of distinctions.

Not all languages have a word for “emotion” itself.

Can we find good translations for the most important categories of emotion? Many languages fail to make the distinctions that seem obvious in English, such as those between anger, sadness, love, and shame. Some of the most central emotion concepts (as we distinguish them in English) share a word in other languages: for example, native speakers of Luganda, a language spoken in Uganda, use the same word, okusunguwala, for “anger” and “sadness.” Native Luganda interpreters had a hard time making the distinction between anger and sadness in English.

Similar blends of anger and sadness are found in other languages. Turkish-​minority respondents in my research in the Netherlands used kızmak to describe an anger that was permeated with sadness, and that typically occurred in intimate relationships in which high expectations had been disappointed. Kızmak does not come with aggression, but rather with ignoring or avoiding the other person.

In Indonesia, the Nias do not clearly distinguish between anger and envy. The expression afökho dödö (literally, “pain-​hearted”), a focal emotion word among the Nias, refers to a range of emotions, including offended, spite, resentment, envy, malice, and ill will. It also refers both to “acts of spite and the sentiment.” Another blurred distinction is the one between sadness, love, and empathy. The central Ifaluk emotion fago is translated as “love,” yet shares features with sadness and compassion. The word for “love” in Samoan, alofa, also means sympathy, pity, and liking.

My Turkish respondents used üzüntü not only for their own ill fate but also for the ill fate of close others. By doing so, elements of empathy were mixed in with sadness. Thus üzüntü prompted reaching out and being kind to others, in addition to crying, the inability to do anything, and wanting to be helped. My informants told me it is a celebrated emotion in Turkey, and this makes sense from the point of view of the sociality of the emotion.

Many languages lump shame and embarrassment together. The Japanese word haji refers to both shame or embarrassment, and does not clearly distinguish between the two. The Bedouins mentioned earlier use hasham to describe an even larger range of feelings: shame, embarrassment, shyness, and modesty or respectability. Among the Ilongot in the Philippines, betang similarly refers to shame, timidity, embarrassment, awe, obedience, shame, and respect.

Not all languages have words for emotion concepts which, in English, are considered important. A recent article in Science surveyed emotion lexicons in almost 2,500 languages grouped into six large language families. The researchers, psychologists Kristen Lindquist, Joshua Jackson, and their colleagues, focused on twenty-​four English concepts—​among them “anger,” “love,” “happy,” “proud,” and “grief.” Cross-​cultural similarity in emotion concepts would have minimally required that all languages (100 percent) had words that corresponded in a one-​to-​one fashion with the various emotion concepts that are so clearly distinguished in English. The only term that came close to 100 percent was good (feeling good): almost all languages had a distinct word for it. 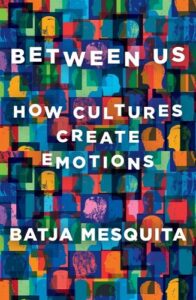 Excerpted from Between Us: How Cultures Create Emotions by Batja Mesquita. Copyright © 2022. Available from W. W. Norton & Company.

Batja Mesquita is a social psychologist, an affective scientist, and a pioneer of cultural psychology. She is a Distinguished Professor of Psychology at the University of Leuven, Belgium, where she studies the role of culture in emotions, and of emotions in culture and society. Mesquita spent her postdoctoral years at the University of Michigan, where she was part of the “culture and cognition group” that played a key role in the start of cultural psychology. She is director of the Center for Social and Cultural Psychology in Leuven. 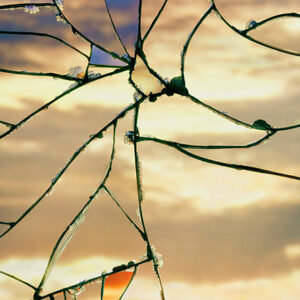 All reporters have to learn to deal with sources who lie. Lies were at the heart of my last book, I Got a Monster: The Rise...
© LitHub
Back to top
Loading Comments...