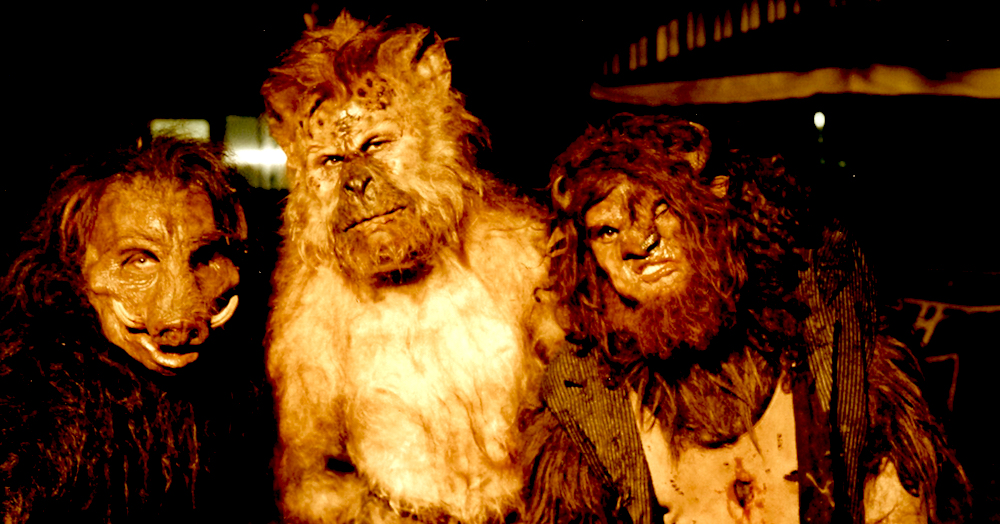 Silvia Moreno-Garcia on Her Fascination With Creation Gone Awry

My latest novel, The Daughter of Doctor Moreau, takes The Island of Doctor Moreau as a launching pad, probing the connections with race and colonialism inherent in H.G. Wells’ fiction, as well as its literary and film cousins. It is, as you’ll see, a long and distinguished lineage.

The Island of Doctor Moreau focuses on a shipwrecked man’s discovery of a distant facility in which a reclusive researcher vivisects animals in an effort to turn them into humans—a hobby that makes him one of the grand mad scientists of literature. By the end of the short novel, Dr. Moreau’s carefully cultivated animal-human society has descended into chaos and murder. But H.G. Wells was not the first, nor the last writer, to tackle the idea of creation gone awry.

Mary Shelley’s Victor Frankenstein must hold one of the top spots for a scientist with questionable medical theories—Herbert West and his zombies seem the only suitable contenders for medical malpractice in fiction.

Frankenstein’s plan to create a human out of a medley of corpses yields a very tall, hideous, and angry being that has a vendetta against the man who made and abandoned him. As the creature explains: “I ought to be thy Adam, but I am rather the fallen angel…”

The James Whales adaptation of Frankenstein released in 1931 is, even to this day, probably the version of the story most people know. Even if they haven’t watched it, people recognize the unique makeup used to transform Boris Karloff into a monster. Many of its elements, including the look of its laboratory, have been imitated and mined by countless other films and TV shows. Eugenics, the theory of “racial improvement” and “planned breeding,” did not exist when Shelley wrote her book, but it was in full swing in the early part of the 20th century and it is not surprising that eugenicist ideas percolate in this adaptation.

In the film, Professor Waldman gives a speech on anatomy with two brains in a jar as visual examples:

And here, the abnormal brain of the typical criminal. Observe, ladies and gentlemen, the scarcity of convolutions on the frontal lobe as compared to that of the normal brain, and the distinct degeneration of the middle frontal lobe. All of these degenerate characteristics check amazingly with the history of the dead man before us, whose life was one of brutality, of violence and murder.

Frankenstein sends his assistant to fetch a brain for his creature. The assistant drops the ‘normal’ brain and must take the criminal ‘abnormal’ brain instead. As a result, the creature is “degenerate”: violent, incapable of coherent speech, though also endowed with a dangerous strength.

We owe the concept of criminal brains to Cesare Lombroso, an Italian physician who promulgated the idea that criminality was inherited, and that criminals could be identified by physical defects, which indicated savage or atavistic traits. Sloping foreheads or left-handedness were some of the physical signs of primitive qualities inherent in criminal brains. Lombroso’s theories on criminality would be incorporated into eugenic discourse, and the idea of the criminal brain as a source for the creature’s violent actions would be reused in many more adaptations to come.

In 1911, German novelist Hanns Heinz Ewers published Alraune. A researcher interested in the study of heredity impregnates a prostitute with the semen of a hanged murderer. The result of this union is a soulless, unscrupulous, cruel girl; a femme fatale of the early 20th century. Alraune’s name—which is the German term for a Mandrake root—harkens back to legends about witches. It was believed that when men were hanged, they would ejaculate. A mandrake root sprouted from their spilled seed and witches used the root to conceive children.

Ewers, who would become a Nazi sympathizer in later years, was obviously building a plot based on notions of heredity and eugenics. Numerous studies conducted on families such as the Jukes served as examples of hereditary criminality, prostitution and poverty. The idea that criminals would birth children who were criminal by nature was utilized to discriminate, sterilize and institutionalize a wide number of people. The scientist in Alraune is therefore even more perverse than Victor Frankenstein—who can be viewed as an unintentionally neglectful man—for he seeks to essentially conduct an experiment in criminality.

The 1932 film Murders in the Rue Morgue is an adaptation of the Poe story of the same name only in the loosest sense. A Parisian scientist abducts young women and injects them with animal blood to create a mate for his sideshow ape. While one can question the soundness of the doctor’s biological theories, the movie provides plenty of chewy implications on bestiality, miscegenation, and evolution.

One of the great fears in the 19th century after the publication of Darwin’s theory of evolution was that humans were not so different from animals after all. As naturalist W.H. Hudson said: “the fact of evolution in the organic world was repellent…because we did not like to believe that we had been fashioned, mentally and physically, out of the same clay as the lower animals.”

The fear that animals and humans shared an uncomfortable number of traits acquired racial and class components when it was bundled with eugenicists’ rhetoric. Humans of certain races or classes were given animalistic characteristics to denote their inferiority. For example, Elise Lemire’s Miscegenation: Making Race in America, has shown how Black men were often associated with apes in racist biological discourses. The film version of Murders in the Rue Morgue showcases the terror not only of an infatuated ape, but of white womanhood in danger and of the possible consequences: rape and the birth of a mixed-race child.

The 1932 adaptation of The Island of Doctor Moreau titled The Island of Lost Souls introduced Lota, the ‘panther woman,’ as an exercise in both erotizing the original, and peeking at the horrors of miscegenation once again. The hero, Edward Parker, is saved from engaging in amorous activities with Lota by the appearance of his fiancée, who literally rescues him. Lota, portrayed as a pseudo-native girl in a sarong, is a monster but also a racial ‘other.’ The real danger in this island is miscegenation and degeneration into a lower state of existence. Barbarism lurks around the corner in fantastic fiction of this era, threatening to pull humanity down the evolutionary ladder.

Finally, there is Julian Huxley’s “The Tissue-Culture King” (1926). An Englishman named Hascombe, who was captured by a remote African tribe, uses his knowledge of biological sciences to culture the living tissue of the tribe’s King for use in religious rituals. He also creates animal monstrosities (‘living fetishes’), such as two-headed toads, and experiments on humans. As Hascombe explains:

I took advantage of the fact that their religion holds in reverence monstrous and imbecile forms of human beings. That is, of course, a common phenomenon in many countries, where half-wits are supposed to be inspired, and dwarfs the object of superstitious awe. So I went to work to create various new types.

Huxley’s story ultimately envisions a world in which religion and science meld together to control the population.

Huxley was an avid eugenicist. You can hear him speak in this 1937 film where he explains how humanity could be improved if “defectives” were weeded out of our species. Huxley took great pains to differentiate himself from Nazi eugenicists, arguing that Nazi race theory was pseudo-scientific while his ideas were supposedly scientifically valid.  In the end, “The Tissue-Culture King” is an excellent example of a science fiction tale where the issues of race, colonialism and science fiction are grotesquely mixed.

The Daughter of Doctor Moreau therefore serves as a natural excavation of this science fiction legacy and an interrogation of the distinguished genealogy of scientists who have haunted the imagination for decades past. 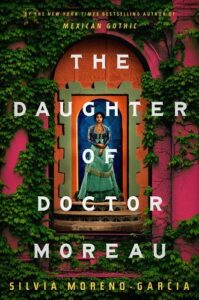 Silvia Moreno-Garcia’s The Daughter of Doctor Moreau is now available from Del Ray.

Silvia Moreno-Garcia is the author of The Daughter of Doctor Moreau, Velvet Was the Night, Mexican Gothic, Gods of Jade and Shadow, and many other books. She has won the Locus and British Fantasy awards for her work as a novelist, and the World Fantasy Award as an editor. 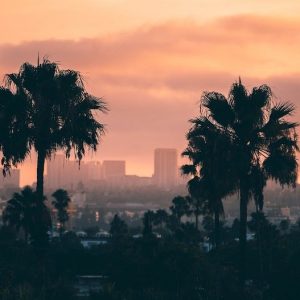 On the flight to Berlin I drank a cup of hot black tea with two packets of sugar for the shock. I had left Los Angeles, my home....
© LitHub
Back to top
Loading Comments...