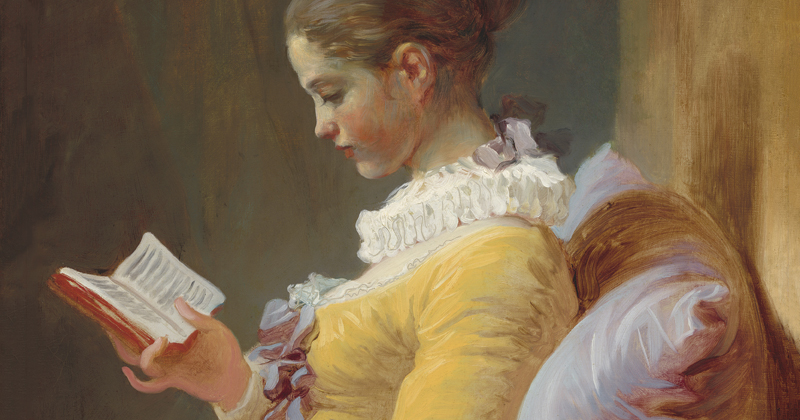 In 1793 Manhattan, where 17-year-old Lanah Sawyer met the man who called himself lawyer Smith, the publications were full of accounts of young women seduced by gentlemen, enticed into giving up their innocence, and then abandoned to the harsh fate of fallen women. The most popular novel of the era, Susanna Rowson’s Charlotte Temple: A Tale of Truth (1791), was set during Lanah’s childhood in Revolutionary New York and was supposedly based on real events.

Fifteen-year-old Charlotte was enticed into eloping with a dashing officer, only to find herself abandoned, scorned by respectable folk, and pregnant. She died giving birth in a miserable hovel, the home of a lowly servant who, alone among New Yorkers, recognized her inner virtue. In the city, the fictional heroine took on a surreal afterlife. At some point, in the hallowed cemetery surrounding Trinity Church on Broadway appeared a gravestone bearing her name, which, ever since, romantics have visited with flowers and tears.

Meanwhile, a series of old houses vied for the distinction of being the scene of the tragic heroine’s death. According to an 1826 newspaper report, when a shopkeeper at 22 Bowery Lane “discovered” that he occupied the “very house in which Charlotte Temple died,” swarms of visitors came to inspect the “venerable edifice.”

Yet those weren’t the only stories that would have reached Lanah’s ears. There were also romantic stories about the overwhelming force of true love—stories like Johann Wolfgang von Goethe’s The Sorrows of Young Werther (1774), about a young gentleman who could not go on living without the woman he loved. His romantic death inspired a rash of copycat suicides, a phenomenon still known as the Werther effect.

There were also happier tales in which love conquered all obstacles—including such impediments to marriage with a rich, respectable man as a young woman’s lack of social rank or fortune. Indeed, during Lanah’s lifetime it had become increasingly common for young couples to insist on marrying for love, even when that caused conflicts with their families.

Such stories offered Lanah, and young women like her, a vision of an alternate world. They described a kind of man very different from those she knew.

Such stories may also have encouraged Lanah to imagine that a young lawyer really might be interested in her.

Lawyer Smith was not put off when Lanah told him she was busy Monday evening.

How about Tuesday evening? he replied.

I am “also engaged” then.

“Surely, you are not engaged on every evening,” he protested. With self-confident charm, he pressed on: “you can certainly go Wednesday.”

“I am not engaged then,” she allowed, a bit coyly.

He “conveyed her home” and departed—as a family friend looked on from across the street.

The next morning, Samuel Hone, a young baker who lived across the street, was anxious to speak with Lanah. He had seen her arrive home the evening before, had recognized the gentleman accompanying her, and was concerned. Soon, he got his chance.

Hone and his wife were close friends with Lanah’s parents and fairly typical of the working families who predominated in the neighborhood. At twenty-seven, Hone had been married for seven years and had a growing family. Neither particularly affluent nor desperately poor, Hone rented one half of a long, skinny parcel (owned by Lanah’s aunt) that stretched along Gold Street. Facing Beekman Street was a house occupied by a grocer; toward Ann Street was a modest bake house where Hone and his family lived and worked.

That summer it was described as well suited for “extensive” business producing “ship bread” and other aspects of the baking business. Ship bread was one of the staples that supported the bustling seaport: hard, dry loaves designed to be stored in the hold of a ship for long periods. Living with the Hones were several white youths (probably apprentices) and one enslaved person.

The rake represented a hidden danger: he operated by stealth.

Hone was about ten years younger than Lanah’s mother and stepfather, who were in their late thirties, but he was old enough to see the seventeen-year-old through the eyes of an older brother. And, like Lanah’s mother, both of the Hones had deep roots in the neighborhood. Hone’s parents lived around the corner on Ann Street. Before the war, the families of both Lanah’s mother and Hone’s wife, Hannah Quereau, had owned houses on the same stretch of Gold Street, just a block away.

What a smart Beau you have got, Hone observed. It was less a tribute to her powers of attraction than an expression of paternalistic concern, calling attention to the class difference between people like them and the man she had been with.

He is a lawyer Smith, Lanah offered, ignoring Hone’s innuendo.

No, it was not, Hone insisted, “for it was Harry Bedlow.”

Lanah knew the name. And she recognized her neighbor’s implicit warning.

Harry Bedlow was a man whose reputation preceded him. At the time, the city was really just a small town, only about forty thousand people, living within less than a mile of each other on the southern tip of Manhattan. Lanah did not know Harry Bedlow by sight, but she had heard enough about him to know that he was bad news. He was, she knew, “a very great rake.”

A rake, at the time, was a very specific kind of man: an elite sexual predator. For Lanah, the term was no doubt familiar both from word of mouth and also from novels and other published writing. The term was shorthand for what you would end up with if you raked through the coals of hell. Several variations of the word—“Rakehell, n. a very debauched fellow, a wretch” and “Rakish, a. loose, debauched, lewd, thoughtless”—appeared in America’s first dictionary, published by Noah Webster, who, as it happened, moved to New York City just days before Lanah first met the intriguing lawyer. In the cultural imagination, a rake was a gentleman who made a habit of seducing naïve young women. Another entry in Webster’s dictionary read: “Seduce, v. t. to lead astray by arts, entice from duty, debauch.”

For young women like Lanah Sawyer, the lure of love could so easily push caution aside.

In the seduction stories of the day, the “rake” was a far cry from the reformable bad boys of modern romance novels. He was more like Satan: his characteristic mode was to target a virtuous young woman, win her trust under false pretenses, lead her into temptation, and leave her morally ruined. Sometimes, as in Charlotte Temple, the rake ended up regretting the damage he caused—but only after it was too late. Often, as in the French novel Les liaisons dangereuses (1782), the rake took sadistic pleasure in his victim’s suffering.

The figure of the rake haunted parents. Toward the end of the war, Abigail Adams warned a young cousin about the supposedly “reformed Rake” Royall Tyler—only to have him start courting her own daughter. John Adams’s objection to the match was vindicated a few years later when Tyler published The Contrast, a play that suggested that he had not really outgrown his moral dissipation. Staged in 1787 at the John Street Theatre (just behind the home of Lanah’s friend Miss Steddiford), it was the first American play to be professionally produced. Set in New York, The Contrast mocked the prudery of New England bumpkins and celebrated the dissipations of urban sophisticates—including loveless marriages of convenience, adulterous affairs, and an array of duplicitous arts used by men to take advantage of women.

The danger represented by a rake was very different from that posed by the lewd Frenchmen who had harassed Lanah on Broadway the previous week. Their menace was overt. Their threat, at its most extreme, was an imminent assault. The rake represented a hidden danger: he operated by stealth, unobtrusively selecting his target, dissembling his true motives, professing false regard, using his arts to engender trust and render his victim emotionally vulnerable.

Lanah rejected Hone’s suggestion that the man who had rescued her from the Frenchmen was actually the notorious rake Harry Bedlow. Nothing in lawyer Smith’s behavior so far had done anything to disrupt her image of him as a gallant gentleman whose attentions were as flattering as they were unexpected.

That could not be, Lanah protested. He had said his name was lawyer Smith.

Reading the character of a stranger is always a challenge—and one that was especially acute in emerging modern cities like New York. Since the war, the city’s population had doubled, and it would double again and again in the coming decades as immigrants from near and far sought out new opportunities and, sometimes, new identities.

The philosopher Adam Smith embraced this future, speculating in his Theory of Moral Sentiments (1759) that, compared with old worlds of intimate, local, and personal relationships, new worlds of strangers would encourage people to act with more restraint, discipline, and propriety. We want strangers to see us as we see ourselves, he reasoned. But not everyone used the power of anonymity to embrace their better nature. And for a young woman like Lanah Sawyer evaluating a new acquaintance like “lawyer Smith,” the stakes could be high.

When one of Margaret Livingston’s sons left the family manor up the Hudson River Valley in 1795, she reminded him to send back reports about the people he would encounter in the city: “I hope you will write often as you can with convenience to your self—you are now in the center of business and dissipation—many new characters to investigate—virtues to contemplate and vices to detest.” It would amuse those left behind, she indicated, to relive his efforts to “read” the characters of strangers.

The amusement offered by novels was much the same. The proliferation of fictional stories centered on heroines, heroes, and villains encouraged readers of all ranks to think of themselves—and others—as characters, as protagonists with coherent, though often obscure, personalities. The most enduringly famous novel written during this period, Jane Austen’s Pride and Prejudice, originally drafted in the mid-1790s, focuses precisely on the danger of misreading strangers. Initial snap judgments almost thwart the romance that eventually develops between Elizabeth Bennet and Fitzwilliam Darcy. Meanwhile, the alluring figure of George Wickham is a classic example of how a rake, posing as a gallant officer, could threaten the welfare of an entire family by seducing a susceptible sixteen-year-old. That’s why Austen initially called the book First Impressions.

It was an implicit warning—one that was necessary because, for young women like Lanah Sawyer, the lure of love could so easily push caution aside. 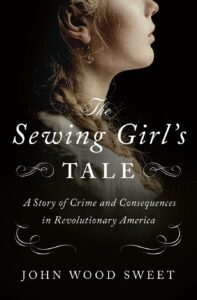 Excerpted from The Sewing Girl’s Tale: A Story of Crime and Consequences in Revolutionary America by John Wood Sweet. Copyright © 2022. Excerpt adapted with permission from the publisher. Available from Henry Holt and Company, an imprint of Macmillan.

John Wood Sweet is a professor of history at the University of North Carolina at Chapel Hill and the former director of UNC’s Program in Sexuality Studies. He has received fellowships from the National Endowment for the Humanities, the Mellon Foundation, the National Humanities Center, the Institute for the Arts and Humanities at UNC, and the Gilder Lehrman Center at Yale, among others. His first book, Bodies Politic: Negotiating Race in the American North, 1730–1830, was a finalist for the Frederick Douglass Prize. He was named a Top Young Historian by the History News Network and has served as an Organization of American Historians Distinguished Lecturer. He lives in Chapel Hill with his husband, son, and daughter. 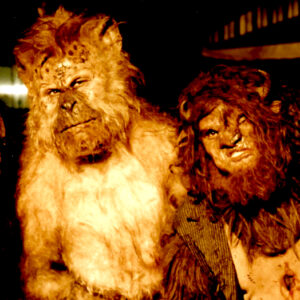 My latest novel, The Daughter of Doctor Moreau, takes The Island of Doctor Moreau as a launching pad, probing the connections...
© LitHub
Back to top
Loading Comments...