TODAY: In 1945, French novelist Colette is the first woman admitted to the Académie Goncourt.

20 writers offer up one joy and one worry of this moment in pandemic, including Ada Limón, Eduardo C. Corral, Tyehimba Jess, and more • On Frances Burney and the birth of “chick lit” • Rufi Thorpe on the narrative role of the bystander • Matt Gallagher breaks down the mechanics of Robert Stone’s political writings • A poem by Paul Auster • James Tate Hill recommends five debut novels to listen to while you stay at home • Joanna Hershon on what theater taught her about scene, character, and rejection • Wendy Liu: Wall Street’s problem is Silicon Valley’s too • Why are we obsessed with writers’ houses? • Lessons from Erasmo Hernandez Leon, Fidel Castro’s private chef • Lee Durkee: two novels, two global catastrophes, two decades apart • Rishi Reddi presents a reading list for the coronavirus era • Fowzia Karimi on the “pulsing threshold between the written word and the picture” • Natalie Carnes on what Saint Augustine’s Confessions got wrong about women and motherhood • Nick Kowalcyzk on discovering the truth of his parentage • Elizabeth Kadetsky on the memoir in essays: a reading list • Greil Marcus on The Great Gatsby as a blues fable of the Great Depression • Gabriela Wiener writes from the midst of coronavirus in Madrid • On the 1930s antifascist writing of Dorothy Thompson, who understood that demagogic leaders can gain power anywhere, anytime • Tomasz Jedrowski on writing the story of Polish queerness • Lucas Iberico Lozada on newly-translated Latin American stories defy colonial myths •

Simon the Fiddler author Paulette Jiles on Little Women, All the Pretty Horses, and hating Balzac • In honor of Harper Lee’s birthday, a look back at the first reviews of To Kill a Mockingbird • Pedro Páramo, Goodnight Moon, Optic Nerve, and more rapid-fire book recs from PEN/Faulkner Award-winner Chloe Aridjis • Why We Swim author Bonnie Tsui recommends five books about immersion in worlds and water, from Neil Gaiman’s The Ocean at the End of the Lane to Virginia Woolf’s The Waves • Lawrence Wright’s pandemic novel, a biography of Henry Kissinger, a tale of cowboys in Compton, and more all feature among the Best Reviewed Books of the Week

Nominees for the Edgars weigh in on the state of crime writing in 2020 (Read Part 1) (Read Part 2) • Imogen Kealey introduces us to Nancy Wake: socialite, spy, and the most decorated heroine of WWII • Mark Hodder on Sexton Blake, once Britain’s most popular detective • Crime and the City heads to Tokyo, where storms rage under a calm surface • Kate White recommends 10 unforgettable thrillers about memory loss • Kay Hooper would like to remind us that crows are not bad omens • Graphic Content: Alex Segura interviews the legendary Ed Brubaker • Dean Jobb delves into the bizarre newspaper hoax that nearly ruined Lizzie Borden (again) • Christina Dalcher on family life and the dystopian thriller • Read an exclusive excerpt from John Grisham’s latest legal thriller

Kate Aronoff on the Environmental Consequences of the Coronavirus Pandemic 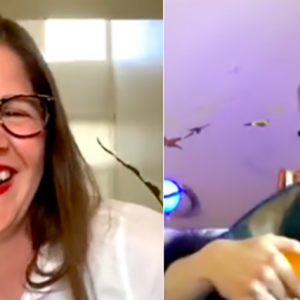