Matt Gallagher Breaks Down the Mechanics of Stone's Political Writings

We live in treacherous times. The dialectic is dead. A war rages over its star-spangled carcass, every day and every night, on screens and tablets across the land. It’s a war for truth, a war for objectivity itself. The particulars may change but the fury never abates. Want to get disoriented, twist your mind one lazy, warped afternoon? No need for a rollercoaster or casual drugs. Just visit the universe of the political others, take a quick, bemused tour of their cable news and Twitter feeds. It’ll fuck you up.

Much of today’s political writing tends to announce itself because of this divide. It doesn’t have time for show don’t tell, doesn’t have space for nuance. (Such a vacant, brittle word, nuance. Say it aloud. It’s no wonder zealots hate it.) Which is a damn shame. Because it’s those gray, messy corners where real human life occurs, where it’s at its most interesting.

You know who knew that? Robert Stone knew that.

They called him a prophet in his time. A writer of ideas and character. An American cross of Greene and Conrad, with a dash of ole’ dead Melville for good measure. Stcone’s own writing teacher, Wallace Stegner, endorsed Stone’s debut novel Hall of Mirrors with a gold rush of blurbs: “Stone writes like a bird, like an angel, like a circus barker, like a con man, like someone so high on pot that he is scraping his shoes on the stars.”

A new book of essays collects Stone’s best and most penetrating political journalism. Compiled by his biographer Madison Smartt Bell, The Eye You See With spans decades of the author’s writing life and subjects as varied as the Merry Pranksters fleeing drug charges to Mexico, Vietnam’s enduring gash on the American psyche, and hardline ideologues drifting along the strident fringes of late 20th-century Republican national conventions, biding their time for a hostile takeover against the centrist “Establishment, [who’d be] reduced to a grim band of conversos practicing their ancient faith in secret.”

What unites The Eye You See With is Stone’s staunch, singular vision. It’s ironic, sad, hopeful, liberal in intent but sometimes conservative in its conclusions. Described by Bell as a “frustrated idealist” driven by anger for what his country was instead of what it pretended to be, what it could be, Stone’s creed that “nothing is free” emerges time and again in his essays. Everything has a price, either in coin or flesh.

The post-fame life and career of Stephen Crane unveiled because “[Crane] always felt he had to justify writing The Red Badge of Courage without having been there.” The antiwar protestors of the 1960s were from a “generation coming up that seemed to have no tolerance for the long-accepted scandals and the dirty secrets America had always lived with.” And Fidel Castro, that gray-bearded antagonist of freedom and empire? “He may have been the only Marxist head of state on earth who actually believed in the doctrine. For that he probably deserves to be left holding the bag.”

The pursuit of art, high art, separated Stone from many of the political journalists he ran with.

Too old to be a hippie but too freethinking for the standard mid-century life, Stone bounced between his single mother’s home, the orphanage and Catholic school during his youth in New York City. He enlisted in the U.S. Navy at 17 for both adventure and economic mobility. His experiences as a junior sailor for Uncle Sam exposed him to ideas and injustices that would consume him the rest of his life—the raw banalities of war, the frequent betrayals of peace, the paradoxes of bearing witness, what with its power and also its utter futility.

In “Havana Then and Now,” Stone explores his first foreign deployment with the USS Chilton, taking “my first step into that problematic otherness that would so tax our country’s moral speculation: the un-American world.” Still four years away from the Communist uprising, the Havana of Stone’s memory belonged to the haves and have nots, from the mob’s pristine casino-cathedrals along the beach to a hard sort of poverty inland, desperate and unyielding:

In one of those consumer crises that bedevil socialist economies there was an absence of soap in the city, eroding morale among the fastidious Habaneros, forcing people to wash their clothes, their dishes and themselves with Chinese toothpaste. A surprising number of young people, encountered casually on the street, denounced the government in bitter and obscene terms. Many of these youths were poor and of color—the very people, who, in theory, [would] benefit most from the revolution.

Some months later, Stone’s ship docked at Port Said, Egypt, during the Suez Canal Crisis. French jets were bombing the harbor, carefully avoiding the neutral American ship that had bungled its way into the midst of the battle. This cast Stone into the role of forward observer—a morally impure station, perhaps, but ideal for a burgeoning writer of the world.

“The sea was red,” he wrote of Port Said, “swarming with people. It was swarming with Egyptians . .  . all around me was this red water and exploding reed boats and Egyptians floating face down and Port Said being absolutely blown apart. And I thought, ‘This is what I always thought it was like. This is the real thing. This is the way it is’ . . . There is no cure for this. There is only one thing you can do with this. You can transcend it. You can take it and you make it art.”

The pursuit of art, high art, separated Stone from many of the political journalists he ran with, and connected him to Ken Kesey and the Merry Pranksters, some of whom he attended graduate school with at Stanford. His first novel, the aforementioned Hall of Mirrors, ends with a 100-page proto-Trump rally in New Orleans that’s as prescient as it is violent. According to Bell, he leveraged faraway journalistic assignments into novel research—two examples include 1974’s Dog Soldiers (Vietnam) and 1998’s Damascus Gate (Jerusalem), two landmark novels presented as developmental essays in The Eyes You See With.

“There It Is,” originally published in 1971 (the title’s taken from an American GI catchphrase that meant everything and nothing at once) shows a still-youngish Stone honing the dark, piercing voice that would power The Dog Soldiers.

In the aftermath of one bombing in 1971 Saigon, Stone “find[s] the street strung with barbed wire, the local symbol of security, and guarded by red-bereted Vietnamese marines . . . the street seems to smell of Clorox. Here and there are sprinklings of dried white powder that someone says is chloride of lime, and on one wall is a brown smear that appears to be a washed-over bloodstain. There it is [I think]. A marginal incident represented by a day-old bloodstain.”

The lone misfire in The Eye You See With is “A Higher Horror of the Whiteness,” a 1986 essay for Harper’s that considers the cocaine epidemic. Stone doesn’t much understand it, and other than some rich imagery and a long Moby-Dick segue, that’s the extent of it. The most mesmerizing entry is “Does America Still Exist?” a short dispatch that distills the question of American hegemony and its relationship to the rest of the globe into one late night, half-drunk conversation. Inheritors of this uniquely American question from George Packer to Samantha Power have spent actual tomes not quite finding what Stone lands on in the essay’s final words:

“Nothing is free, not even disillusionment. And it is just possible, as a result, that we might find our place in history as the betrayers of the noblest vision of civil order and probity that this imperfect world, and the cautious optimism of Western man, will ever be capable of producing.”

About five years ago, I sent Stone an email seeking advice on the question of compromise. I was working through the initial set of editorial notes of my first novel, and my feelings had been hurt. Like many writers, particularly male writers of heavy subjects like WAR and EMPIRE and AMERICA, a cultivated shell covered a most tender soul. Seeking out a sage of similar interests and disposition seemed the only thing to do. (The editorial notes, of course, proved quite vital once I got over myself.)

And not just any someone, either. Robert f’ing Stone. Reading Dog Soldiers in college and A Flag for Sunrise in Iraq had shown me what novels of the world meant, what they could be in the hands of a true craftsman. We’d exchanged occasional notes since 2010; mine always reverent and overeager, his clipped but encouraging. He always replied, though, and I tried not to abuse the correspondence. So when he didn’t respond to my missive about the editorial notes, I knew I’d gone too far, asking too much from a man no doubt hyper-focused on his own work and vision. I drafted and deleted a few apologies. Two weeks later, I read his obituary through the cracked screen of an iPhone. He’d passed away in Key West, at the age of 77.

There’s a shadow-fantasy feel to Stone’s fiction that’s more spare in his political essays, sometimes even more restrained—the medium, perhaps, or the length. Maybe both. Even Stone at 80 percent is distinctive, though, especially when compared to the political writing of the new century. And Stone the mystic does rear his head in The Eye You See With, no more ferociously than in “Coda,” a previously unpublished piece that serves as the book’s conclusion. Bell describes it as an act of prayer.

“As a reasonably obscure writer,” Stone writes, “with a small, loyal band of readers on whose love I have lived, as I see it, I wish I had done more. I live in hope, as may surprise some . . . before death, I have nothing to offer but dread reverence. But the practice of hope, of life against death, of edges and surviving, were what I wanted to write about.”

Writing as the practice of hope—what a fist of a creed. Dread reverence for lives lived may not be free, as Stone so often reminded us, but it’s not nothing. It’s very much something, and something that matters as much in the fractured aftermath of the American Century as it did during it. 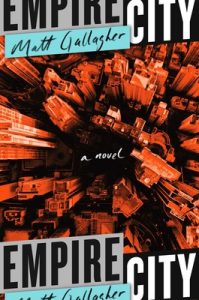 A Night on the Frontlines During
a Pandemic 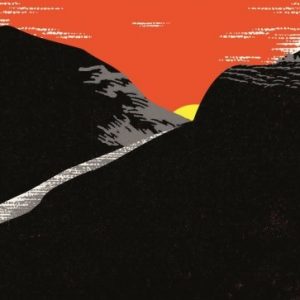 With the coronavirus pandemic keeping us indoors, early numbers suggest a surge in book sales. Audio and eBooks in particular...
© LitHub
Back to top
Loading Comments...