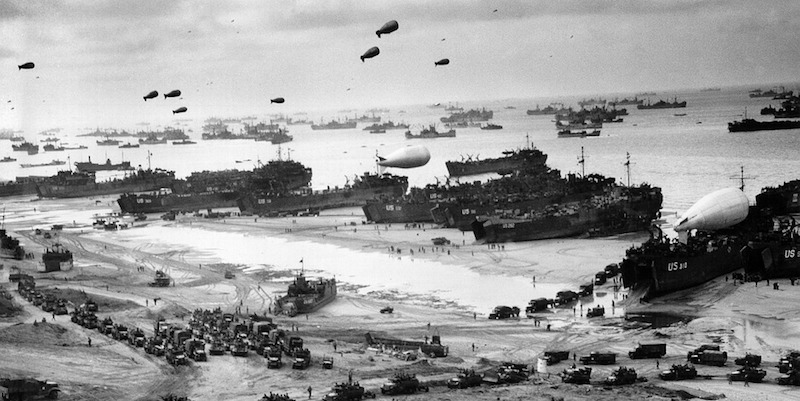 How Virginia Woolf and Susan Sontag Looked at Photos
of Violence

On Photography and Complicity

Last summer a photograph appeared in the news of Salvadorans Óscar and Valeria Ramirez lying dead, face down, in the Rio Grande. The toddler has one small arm around her father. Óscar has pulled his t-shirt over his daughter to keep her close and protect her from the current. There is a familiar bulk of a diaper underneath Valeria’s pants. The muddy water laps at their legs. Blue aluminum cans and small sheets of plastic litter the reeds and branches. My daughter and I have napped in a similar position.

The photograph was taken by Julia LeDuc from a few steps above the bank of the river, looking below at their two bodies that had washed up on shore. According to reports, Óscar attempted to wade through the Rio Grande with his 23-month-old daughter, Valeria, on his back.

While I find a toddler nestled by her father’s side to be a universal pose of protection, it is a universalism gone wrong; I am outraged by what this father was faced with to keep his child safe. Of course, associating their position with an afternoon nap would require me to ignore my social position filled with comfort and safety. There is a brutal distance created and maintained by xenophobic policies between their world and mine of white, middle-class America.

When I first saw the photograph, I was in Berlin for the summer, where I was supposed to be writing and thinking about something else. After I traveled back home, my daughter had to have a medical procedure that made her radioactive for two weeks, which meant she could not go to summer camp. I tried to write while I was home with her but she kept coming over to give me kisses, sit in my lap, and ask me what I was doing. Then it was time to make dinner, and I had to start planning my classes for the fall semester. Óscar and Valeria made an immediate impact on millions, yet other photographs of war and crises replaced them, just like the photograph of them lying dead in the Rio Grande replaced others; another moment, another photograph, will always emerge.

Photographs of children and parents drowning while trying to cross international borders force those of us living without the day-to-day reality of war, or the kind of violence that drives mass migration, to come to terms with a harsh truth: after more than a hundred years, we still don’t know what to do with photographs of war—or when to do it. LeDuc’s image of Óscar and Valeria Ramirez takes its place in a history of photographs that have bared the human consequences of a government’s violence and negligence. Such photographs incite a familiar cycle of shock, public outcry, distraction, and forgetting, leaving them to become an all-too-routine part of our modern visual world.

There is an historical clarity that photographs of war often promise but rarely produce.

Instead of the immediate response to photographs of war choreographed by news cycles, feminist writers have approached them in a time frame filled with delays and things put on hold. Published in 1938, Three Guineas was written while Woolf watched the rise of fascism throughout Europe in newspaper photographs. “This morning’s collection contains the photograph of what might be a man’s body, or a woman’s,” she wrote. “It is so mutilated it might, on the other hand, be the body of a pig.” Three Guineas was couched as a response to a letter Woolf supposedly received from a London lawyer that asked the question, “How in your opinion are we to prevent war?” She states at the beginning of the book that she deferred her answer for more than three years.

Woolf’s letter provides a feminist perspective on war by searching for what power and agency women might have to intervene in violence. She resigned her response to the private and emotional experience of looking at photographs, writing at a distance from the immediate violence that they represented and without power to do anything about it. For Woolf, this realm was also characterized by the activities of child-rearing and housekeeping that inevitably delayed other more intellectual and political kinds of work. Whether she received such a letter or only imagined the man with “a little grey on the temples” who wrote it, Woolf responded in her own time, claiming her delay as part of this feminine realm too.

Most of Three Guineas carves out a difference between Woolf and her interlocutor, contesting the collective “we” of the lawyer’s question. “Since when before,” Woolf asked, “has an educated man asked a woman how in her opinion war can be prevented?” Being a woman made immediate action complicated, if not impossible, in the 1930s. The political and military action that the photographs demanded was only open to men. Yet photographs of war had the power to connect Woolf and the lawyer, despite the gendered differences she establishes. “We are both determined to do what we can to destroy the evil which that picture represents, you by your methods, we by ours.”

“We can’t imagine how dreadful, how terrifying war is; and how normal it becomes.”

At the end of the book, she described a photograph of a glaring Adolf Hitler in uniform and claimed an astonishing responsibility to identify with the perpetrators as much as the victims of war. “It suggests that we cannot dissociate ourselves from that figure but are ourselves that figure. It suggests that we are not passive spectators doomed to unresisting obedience but by our thoughts and actions can ourselves change that figure.” Although she only watched through photographs, Woolf faced her connection to the evil they showed. Perhaps Woolf knew by 1938 that war would not be prevented, and that is what delayed her letter. But she answered anyway, asserting the urgent need to preserve some sense of common humanity nonetheless.

Decades later, Susan Sontag reflected on her own perspective as the United States fought wars in Iraq and Afghanistan. In 2003, she began her last book, Regarding the Pain of Others, with a discussion of Three Guineas, describing it as Woolf’s “brave, unwelcome reflection on the roots of war.” Sontag imagined her extended essay as a 21st-century epilogue to Woolf’s letter and wanted to understand if photographs might provide a way of preventing war by causing common human protest against misery and suffering.

But instead of confronting the impossible question of what to do with photographs of war, Sontag undertook a sprawling visual history. She reached as far back as Jacques Callot’s 1663 etchings titled The Miseries and Misfortunes of War, but her references mostly stay within the history of photography. Though she grasped for historical continuity, Sontag concluded that photographs of war show us just how alienated we are. “We truly can’t imagine what it was like,” she wrote. “We can’t imagine how dreadful, how terrifying war is; and how normal it becomes.”

In Regarding the Pain of Others, Sontag tested a lifetime of conclusions on what photographs make us feel and how they make us act. Most were published in On Photography in 1977, and her return to photography suggests that in the post 9/11 moment, everything had changed. There is a tone to Regarding the Pain of Others that suggests Sontag felt she was writing from a dire and urgent political moment, which explains why she begins with Woolf’s example. But I think it’s safe to say that it feels different now. To suggest that the post 9/11 moment is comparable to when Woolf was facing the impending horrors of fascism seems overstated from the perspective of 2020, given the current insanity, cruelty and unchecked power of this nation’s leadership; totalitarian fascism and dehumanizing violence toward women and people of color are a greater threat today than Sontag could have predicted.

There is an historical clarity that photographs of war often promise but rarely produce. Through their efforts in historical orientation, Woolf and Sontag sought a kind of lucidity and understanding. But ultimately just like them, I cannot be so certain to what degree democracy and human rights will erode.

“Photographs echo photographs,” Sontag wrote. They also make those of us privileged enough to witness such events from afar face our connection and responsibility to humanity. The photograph of Óscar and Valeria Ramirez visualizes our nation’s xenophobic policies that allow parents and children to die or be separated along our southern border. I look at the image of their dead bodies and wonder what it might predict about the moral future of the country; in our digital age, the immediate posting, sharing, and commenting on digital photographs does too little to assert the rights of all men and women. It will take more time and action to repair human connections than the digital circulation of photographs allows.

Pepper Stetler is Associate Professor of Art and Architecture History and Associate Director of the Humanities Center at Miami University in Oxford, Ohio. She writes and publishes on the history of photography. Her essay on Diane Arbus's Untitled series recently appeared in Gulf Coast. 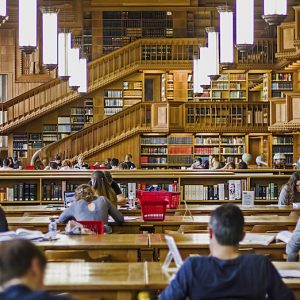 The university press community has compiled an “Escape the News Reading List,” the brainchild of Cate Fricke, associate...
© LitHub
Back to top