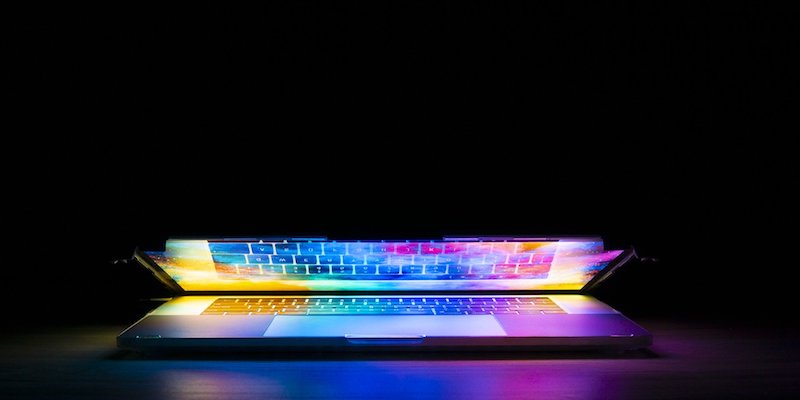 The Internet Novel Is As Chaotic As Your Twitter Feed

Can Fiction Make Sense of Distraction?

Like corporate satires, fiction that dramatizes time spent online—of which there is plenty—often serves a blunt, heavy-handed message: The internet distracts us with our basest desires, clouds our sense of meaning, and is to be avoided.

It’s true; smartphone use affects our face-to-face interactions. When our phones are readily available, we’re less able to give the material world—that unfiltered bustle of bodies and faces and sounds, the raw material of stories—our full attention.

But there’s more to the internet than the bad habits it engenders, and there’s more to life in the Information Age than bits of information disseminated and absorbed in increments, a Taylorism of the mind. That information accrues over time; we comment and riff on it, we notice patterns, we disagree about what those patterns mean. In other words, we give chaos a form. We tell stories. And dynamic stories aren’t flat, like brands. If the internet as a setting is distracting and distorting, a frightening fun house, what complex or universal emotions might time spent there reveal?

Two new books complicate this monolithic portrayal of life online. In both cases, though, the characters’ state of distractedness is less interesting than the questions or conflicts they’re avoiding while they click, chat, text, and scroll.

In Days of Distraction by Alexandra Chang, a young tech reporter is too focused on carefully curating and controlling her environment—in particular, her career prospects and her familial tensions—to notice her legitimate dissatisfaction with her partner of many years.

The book feels like two books stitched together, one after the other. The first half follows protagonist Jing Jing’s attempt to secure a deserved promotion at a popular magazine while her boyfriend, J, applies to grad schools. Because it’s her job to write consumer reports for new tech products, Jing Jing spends her days signed onto Parley, a chat app, and considering her worth based on dehumanizing performance metrics. Chang writes incisively about the perverse appeal of these apps and metrics.

Jing Jing is a passive app user—unlike some of her co-workers, she’s unable to cultivate an online persona, so the effects are insidious. She’s a lurker, risk-averse; at the same time, she feels she’s never doing enough. Of her pending promotion, she writes, “If I do more, respond faster, I think, maybe somebody important will notice, and I will be lifted out of this wait.” As a result, she micro-manages her life, unable, it seems, to pause and consider her choices deeply. It’s no wonder: slapdash, “voice-driven” writing is valued at her workplace. Angles are pitched, and if reporting refutes those angles, choice quotes are squeezed into a specious, predetermined narrative.

As a setting, the internet can be chaotic and noxious, like a battlefield or a stock exchange.

The start of the book is composed of neat truisms, missed connections, and moments of alienation, as when Jing Jing catches up with a coworker. “He is talking about his longest, most serious relationship while we eat a quick lunch,” Chang writes. Plugged-in hurriedness, even during off-time.

The book’s form meticulously matches its content. Separate chat windows sit side-by-side on the page, to be read in columns, and clippings from sources as various as Woman Warrior and teethfallingoutdreams.com are interspersed. As in other fragmented novels, like Jenny Offill’s recent Weather, these blips of information whir around a narrator who looks to them for meaning. But, for the portion of Chang’s book set in a tech-saturated city, her observations aren’t catalyzing a more personal line of questioning. Instead, they simply illustrate Jing Jing’s state of inattention. Look at this chaos, the writer seems to say; isn’t it chaotic?

When Jing Jing and J leave San Francisco for quieter but racially regressive Ithaca, the narrator finally has the space to consider what’s been troubling her: J’s whiteness and his unwillingness to consider the privileges it provides. Now that her livelihood isn’t dependent on clicking, scrolling, and toggling, her frustration with J becomes clear, and a new story begins. The latter half of the book uses Jing Jing’s long walks, job interviews, and occasional party-going—in addition to her internet history, her quest for emotionally fulfilling porn, and her chats with former coworkers—to explore her feelings about her relationship with a white man, who she happens to love. Now, the internet is a setting, not the story’s sole subject. Jing Jing is still allured by Parley and chats with former co-workers, which both interfere with and elucidate her line of questioning. The chaos coheres around a character who, like most of us, is looking for answers on and offline.

In the latter half of Days of Distraction, Chang renders a particularized character whose coming-of-age story takes readers to Ithaca, to China, and to the online sites of her self-questioning: Parley and Google. Likewise, in You Will Never Be Forgotten by Mary South, several short stories examine not only how the internet distorts or fractures reality, but also how specific characters with specific struggles navigate that fractured reality.

In the collection’s title story, a woman’s rapist starts writing a motivational newsletter, and she struggles to reconcile his online optimism with his violent actions. Using an alias, she strikes up conversation with him on a dating site. But as the story progresses, her quest for coherence takes her off her apps and into the real world; she follows him to a dinner,  to his apartment.

This escalation is surely meant as an allegory, but it also makes sense that her character’s arc carried her offline, where the fact of a face or a body or a wound is less easily manipulated, and less easily ignored.

It is tempting to attribute the popularity of fragmented storytelling to the internet, where we toggle between tabs. But fractured stories have been explained by so many prior phenomena: WWI, the bomb, and the death of God, who we killed. As Annie Dillard wrote in Living by Fiction, published in 1982, “this is narrative collage. The world is a warehouse of forms which the writer raids: this is a stickup.” Dillard discusses conventional narratives, in which characters’ lives accrue meaning as time passes, as opposed to contemporary modernism, in which “[…] time is a flattened landscape, a land of unlinked lakes seen from the air.” The value in these stories, according to Dillard, is that they critique a disordered and possibly meaningless world. But the problem, she writes, is that all works of art necessarily have order, or systems of meaning, even if those systems of meaning are self-referential. In other words, “art may imitate anything but disorder”; art may take on anything as its subject other than chaos alone.

The same goes for writing about the internet. As a setting, it can be chaotic and noxious, like a battlefield or a stock exchange. But just as most readers will agree that war ravages and money corrupts, most readers will agree that the internet distracts. It’s more interesting, and more urgent, to ask: distracts who? And from what? The answers to these questions will depend on who’s telling the story; they may be murky and circuitous; they may not be answers at all. But they’ll be stories: quests for answers, unoptimized, varied, messy, and particular. 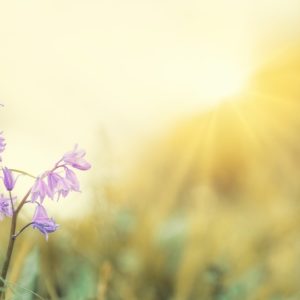 The Poets They, like all creatures, being made For the shovel and worm, Ransacked their perishable minds and found Pattern...
© LitHub
Back to top