The Peruvian writer Julio Ramón Ribeyro was 44 years old and living in Paris when he was diagnosed with cancer and given six months to live. Toward the end of his long short story “For Smokers Only,” the unnamed protagonist—a passionate, life-long smoker—goes to see his doctor after he begins to have trouble swallowing. It’s not his first time seeking treatment; the doctor, alarmed, checks him into the hospital. “He had me undergo new and complicated exams, and a few days later, without any clear explanation, I was on a bed being rolled toward the operating room.”

The scenario is quintessential Ribeyro, one repeated in varying form in the stories of The Word of the Speechless, a new translation by Katherine Silver. Ribeyro’s characters, facing challenges of enormous proportions, often respond not with rage nor embittered resentment nor grief nor stoicism but instead a kind of curious acceptance, a totally unheroic resignation to their fates. In “For Smokers Only,” the protagonist—a Peruvian short-story writer living in France—wakes up from surgery transformed by metaphor into an even more passive state: “cut up like a slab of beef then sewn up like a rag doll.”

If the authors associated with the Latin American literary “boom”—a marketing term that stuck—became world famous for the sweep and verve of daring, expansive novels, and if younger generations of Latin American authors have explicitly turned away from the “boom” and all its attendant baggage—“magical realism,” anyone?—Ribeyro’s stories are the latest entry in newly-translated work by Latin American writers of the “boom” generation who stood at a slant to its more expressive, and better-known, exponents. Like Ribeyro, these writers were “second-class citizen[s] of the boom,” as Alejandro Zambra puts it in the essay that accompanies The Word of the Speechless, and the time has finally come for them to receive their due.

Now, thanks to a flourishing landscape of small presses focused on literary translation, a new generation of English readers are being exposed to many great Latin American writers who never quite broke out in the US or England. Clarice Lispector, Silvina Ocampo, Antonio di Benedetto, Juan Carlos Onetti, and now Ribeyro have all been retranslated and republished in English in the past five years, offering a long-overdue expansion of the canon of midcentury Latin American literature. While the male “boom” writers became famous for writing big novels—think García Márquez’s One Hundred Years of Solitude, Mario Vargas Llosa’s The War of the End of the World, Carlos Fuentes’ Terra Nostra—the “flop” writers, as I like to call them, instead kept their focus much closer to home, tackling in short stories existential questions sifted through the banality of the everyday. Read together, the recent translations offer readers in English a much wider range of what constitutes “Latin American writing.”

Of these new translations, perhaps none has had a greater cultural impact than New Directions’ enormous Clarice Lispector project. Lispector’s stories—translated by Katrina Dodson in a magnificent omnibus edition in 2015—cultivate, somehow, both estrangement and a disturbing familiarity in the reader. (They are filled with lines like: “Sometimes I awake from a long slumber and I meekly turn to the delicate abyss of disorder.”) Though Lispector was translated widely and well in the 1970s, over the intervening decades she fell out of print and into obscurity; her rapid reemergence into a place of prominence in English has been stunning and welcome.

“The Peru I present is not the Peru that they imagine or depict.”

Silvina Ocampo, meanwhile, went relatively unnoticed even in her native Argentina, notwithstanding contemporary champions like Jorge Luis Borges and her sister, the writer and editor Victoria Ocampo. Yet her emergence in English, with the surreal fables of 2015’s Thus Were Their Faces, arrived with uncanny precision at a time when contemporary writers like Carmen Maria Machado and Helen Oyeyemi were achieving wide renown.

Di Benedetto’s 1956 masterpiece, Zama, was translated by Esther Allen to wide acclaim in 2016, while a selection of his stories (translated by Martina Broner), Nest in the Bones, came out in 2017. Silver, meanwhile, preceded her Ribeyro translation with a selection of Juan Carlos Onetti’s short stories in 2019, receiving a warm appraisal by Edmund White, who declared the stories “more daring” than the author’s novels.

Ribeyro is a far more conventional storyteller than either Ocampo or Lispector; he lacks, too, much of the existential dread threaded throughout Di Benedetto and Onetti’s stories. Yet in reading his stories, I can’t help but feel that he shares something with all four authors in his quiet refusal to write what European and American readers expected of a South American writer. “The Peru I present,” Ribeyro wrote in his diary, La Tentación del Fracaso (The Temptation of Failure), “is not the Peru that they imagine or depict: there are no Indians, or very few, miraculous or unusual things don’t happen, local color is absent, the baroque or the verbal delirium is missing.” The author’s refusal is mirrored in his characters, whose inner lives are taken up with the dramas of those who teeter precariously on the edge of spiritual and financial poverty.

For Ribeyro, the resignation and refusal on resplendent display in “For Smokers Only”—the story ends with the narrator joyously lighting a cigarette—is a continual attitude throughout the stories, drawn from ten collections spanning five decades. The “speechless” of the book’s title is drawn from a 1973 letter, in which Ribeyro expressed his insistence that, in his fiction, “those who are deprived of words in life find expression—the marginalized, the forgotten, those condemned to an existence without harmony and without voice.” Such an apology for imaginative literature is, of course, more than a little out of fashion in our time, or is at least held with a certain amount of suspicion—particularly when expressed by someone like Ribeyro, who very much fits the bill of the straight middle-class man.

These characters meet their fates with fear, with rage, even terror—and with the terrible clarity that manifests as a shrug.

Yet while many of the characters in Ribeyro’s La Palabra del Mudo—his complete stories, published most recently by Spanish publisher Seix-Barral in 2009—are indeed the Peruvians whose hardscrabble lives tend to escape writerly concern, Silver’s selections for The Word of the Speechless show an abiding interest in characters who instead largely resemble Ribeyro himself: men—and they are all men—for whom prosperity and success is barely, but definitively, out of reach.

In Spanish, the word “mudo” carries a more expansive reading than “speechless,” which suggests an inability to speak. “Mudo,” instead, offers active possibilities: of silence, of refusal, of resignation. It’s not that his characters cannot speak; most often, they would prefer not to. There is the shopkeeper who startles his creditor-tormentors by unexpectedly agreeing to declare bankruptcy; the lonely landowner who plays his violin to silent crowds in empty rooms; the middling bureaucrat who questions his sanity after a night of heavy drinking; the fisherman who turns his back on a murderous rival. These characters meet their fates with fear, with rage, even terror—and with the terrible clarity that manifests as a shrug.

One gets the sense that Ribeyro had little interest in the question of good and evil; rather than heroes or antiheroes, his stories are populated with losers. Though the clear, invigorating influence of Flaubert often give the stories a familiar sheen, they are laced too with Kafka’s grinning submission to life’s absurd demands. These are not men who fight back or lash out; they are men who hang their heads and take what is coming to them.

Like the protagonist of “For Smokers Only,” Ribeyro survived that cancer diagnosis, living on for another two decades—and countless more cigarettes—before finally succumbing to another bout of cancer in 1994.

Though he lived in self-imposed exile (and near poverty) in Paris for many years, Ribeyro returned to his native Lima a few years before his death, at the peak of his fame. He carried on with a group of young writers and artists, throwing parties, indulging in affairs—his wife, the art dealer Alina Ribeyro, chose to stay behind in Paris—and, mostly, not writing.

In “Surf,” a story published posthumously (and not included in the new collection) an older writer who is fed up with writing decides to stop throwing parties and move to the beach, where he dedicates himself to learning to surf. In the story’s final lines, the beach empties and he finally catches a wave. His pure joy gives way to the realization that “the wave was steadily taking him, faster and faster, beneath that lunar light that illuminated the reefs, toward eternity.”

It’s in no way unique, this insight of a man who, as the Peruvian journalist Daniel Titinger puts it, “died twice”: the things that enliven the texture of our lives might be the very things that kill us. In the hands of a lesser writer we might find the message tiresome. In Ribeyro’s beloved passive voice—against which Silver wages continual battle—the passage recalls “Out at Sea,” a story written decades earlier. Dionisio, a fisherman, is persuaded to leave his wife ashore and venture out into the predawn gloom with Janampa, an aggressive and increasingly erratic rival. In the story’s final lines, Dionisio casts the net: “without taking his eyes off the foggy coastline, overwhelmed by an anonymous sadness that didn’t even seem to belong to him, he waited with resignation for the stab of the knife.”

In the stories of The Word of the Speechless, transposed across decades and into a language he never learned, Ribeyro still manages to offer in his many resignations a form of comeuppance, if not quite redemption. This is a quiet insight, yet it delivers a powerful message for the male-dominated canon that resonates well into our time.

Lucas Iberico Lozada is a Philadelphia-based writer, reporter, and teacher. His essays and reporting have recently appeared in The Nation, Vanity Fair, Dissent, Words Without Borders, and Popula, where he was an associate editor.

Gideon Rachman: How the Pandemic Might Shift the Global Balance of Power 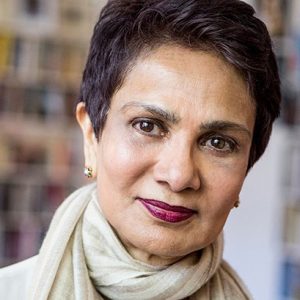 According to the NIH, there has been a seventy-percent decline annually in the death rate from cardiovascular disease in the last...
© LitHub
Back to top