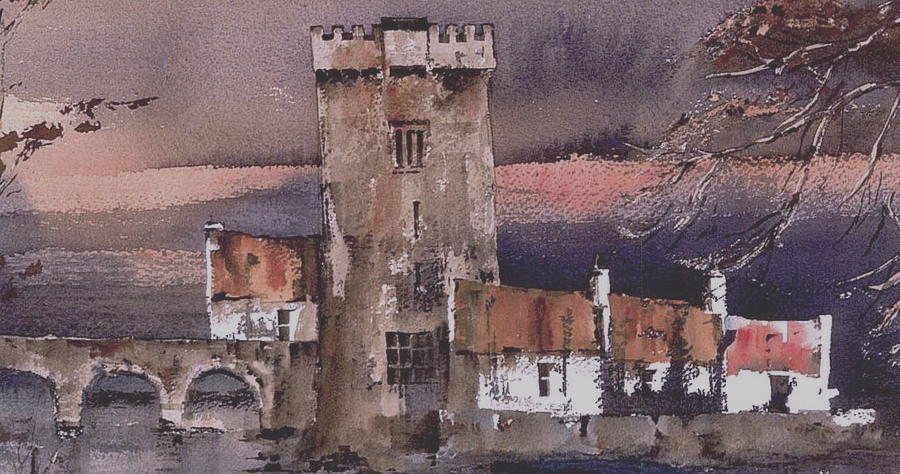 Why Are We Obsessed With Writers’ Houses?

Pilgrimages to the houses of late artists and writers are often destined to disappoint. Many of us go with grand hopes of finding something revelatory—we’re not sure what—that will make us feel closer to the person, perhaps lead us to discover something hidden about their work. Lives of Houses, out from Princeton University Press, is a collection of essays largely centered on such pilgrimages and what we unexpectedly find.

The book begins with personal reflections on home, in which writers try to figure out what it even means in the first place. What makes a house home? Alexandra Harris lays out “the imaginative effort, the sheer invention” required of making a home—the attempt of arranging chairs, tables, carpets, and lamps until the space looks less like the empty “hollowed shell” you moved into. Margaret MacMillan spends pages detailing the rooms of her childhood home, in which furniture was well loved and worn—never too sacred or off-limits for her and her siblings—only to conclude that it wasn’t “the house that drew them” but their mother.

Throughout Lives of Houses we are searching, as James Agee has written, for that “certain center” of “human life” that imbues a home so enigmatically and deeply. We feel to be circling around the definition of home, as if trying to crack a mystery. Home is a feeling triggered by the way the light falls over a living room, or the careful arrangement of one’s books on a desk. But there’s always something else, something more, lingering beneath meticulous descriptions of our objects, rooms, and hallways.

When visiting the houses of late artists and writers, this search can feel like a special kind of challenge; it often feels as though the sense of home has been taken away from them because, as contributor Julian Barnes puts it, they “have had their spirit crushed by museumification.” Or sometimes, if you’re like editor and contributor Hermione Lee, you’re chasing the houses that no longer exist, including ones inhabited by Virginia Woolf and Elizabeth Bowen. But because those houses have “vanished,” Lee is also, in a sense, saved from disappointment. Instead, she says, quoting the writer Penelope Fitzgerald, she ends up creating “a house of air” in her mind, pieced together by the writers’ words.

Poets, in particular, won’t settle for just any regular home.

Perhaps we all ought to begin there—in the poems, artworks, and books themselves—even if the houses themselves are still standing. Because in trying to learn what home might’ve meant to the writers in this book, we sense that they lived primarily within the space of their words rather than between walls.

This trend of visiting writers’ homes became especially popular, in Britain at least, in the late 1800s (it should be mentioned that Lives of Houses is very British, and male, in its subject matter—the idea for the book emerged from a conference at Oxford). Victorian journalists visited the homes of living writers with the hope of gaining intimate access to the creative life and process, and, according to contributor Robert Douglas-Fairhurst, the poet Lord Tennyson was a particularly hot subject. One newspaper article from 1884 describes the “antique chairs” and “large globes (terrestrial and celestial)” of Tennyson’s study and is accompanied by an illustration of the poet sitting at his desk, gazing impenetrably into the distance, as if to suggest he has a deeper, inner-world that’s inaccessible to us. Douglas-Fairhurst asks, “When someone is writing, where do they live: in the real world or in a self-created elsewhere?”

Repeatedly throughout the book, we’re told the latter. Poets, in particular, won’t settle for just any regular home. They want to live inside their poems. This was true of the Romantic poet Samuel Taylor Coleridge, who built a home, according to Felicity James, “in the traditions of English poetry” in the Somerset countryside. His home, she says, became a “poetic vocation,” comparing the cottage “almost smothered in greenery” to Adam and Eve’s “blissful Bower” in Paradise Lost. 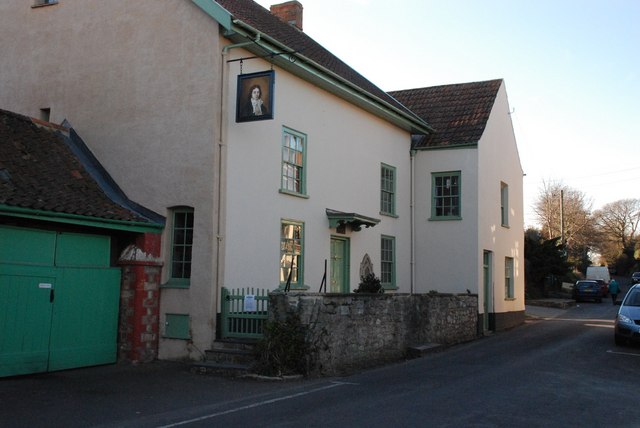 W.B. Yeats also lived, as Roy Foster characterizes it in his essay, in a poetic “symbol,” though a more loaded one. Yeats grew up poor, moving from one house to the next with his family. According to a good friend of Yeats’s, the poet longed throughout his life for a “household of continuance.” But it wasn’t until he was in his fifties that Yeats acquired one in the Irish countryside, a tower known as Thoor Ballylee. It was cold and dank, subject to flooding, yet he fell in love with the centuries-old structure that conjured the towers in the poems of Milton, Shelley, and Keats. In 1928, Yeats wrote a collection of poetry centered on his home, plainly titled The Tower. In it he wrote the following lines, clinging to the space he could finally call his own, seeking to leave his mark:

And know whatever flourish and decline
These stones remain their monument and mine. 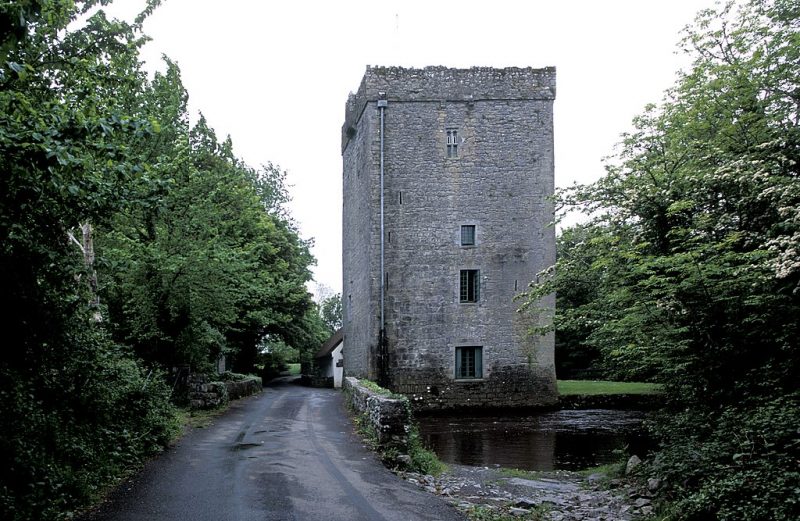 Yeats, it turns out, is one of many renowned writers who’ve struggled to find home. The South African writer Breyten Breytenbach once placed Yeats in his list of people from the “Middle World”: those who “have broken away from the parochial,” “left ‘home’ for good,” and “start inhabiting the in-between.” Tellingly, several artists and writers made it on to Breytenbach’s list—from those who’ve physically lived in exile (Adorno, Salman Rushdie) to others who’ve lived in an exile state of mind (Van Gogh, Billie Holiday). For artists and writers, the impulse to create is frequently intertwined with a need to redefine their sense of belonging. They choose to live in their imaginations, in that “self-created elsewhere”—in a kind of Middle World.

Of all the writers in Lives of Houses, Dambudzo Marechera seems to most profoundly, and tragically, belong to the Middle World. As Eleke Boehmer relays in her essay, by the late 1970s the Zimbabwean writer who had moved to England on a scholarship to New College was homeless, living in a tent along the banks of a river in Oxford, and later moved on to sleeping on park benches or in squats in London. Astonishingly, it is during this time that he mostly wrote and submitted two manuscripts, The House of Hunger (1978) and Black Sunlight (1980). He would win the Guardian First Fiction Award for the former in 1982, just shortly before moving back to Zimbabwe. Boehmer observes that Marechera’s fiction, which channels “feelings of not fitting in,” shows that writing “may be shaped not only by walled spaces but by shifting coordinates.”

If there is a common thread among writers who live in exile, or have been uprooted, it’s the need to “fill a psychic gap” and “speak back at the absence.” This is what the poet Fred D’Aguiar recently said at a launch for The Heart of a Stranger: An Anthology of Exile Literature, compiled by André Naffis-Sahely (which is also where I first came across that Breytenbach essay). In living between places, D’Aguiar said, the writer creates “a third imaginary one.” He concluded with the following metaphor: “It’s like a large mansion with very many rooms.”

Not all writers have been displaced or struggled to belong, of course, but it’s telling how many have—how writing often becomes the alternative space for the uprooted to inhabit. And even when writers haven’t explicitly undergone such unsettling experiences, the writing still becomes the primary place in which they choose to dwell. In journeying to the houses of writers, we find that there are “very many rooms,” often several imaginary ones not bound by walls.

Elisa Wouk Almino is the translator of This House by Ana Martins Marques (Scrambler Books) and is a senior editor at Hyperallergic. She was a 2020 fiction judge of the Best Translated Book Award. Her translations and essays have appeared in the Paris Review, Lit Hub, NYR Daily, Asymptote Journal, Words Without Borders, and other places. 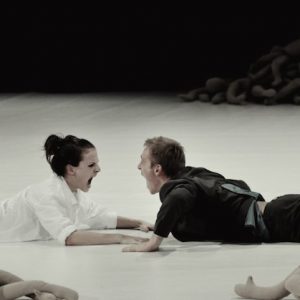 Between the ages of eight and twenty-five, I couldn’t imagine my life free of the burning desire to either be onstage or in some...
© LitHub
Back to top
Loading Comments...