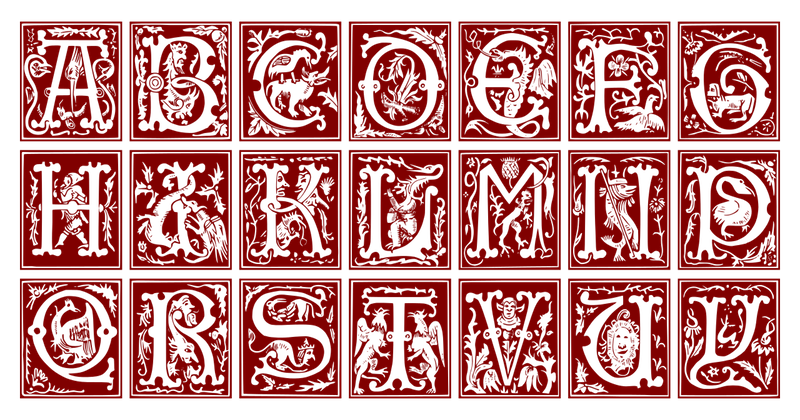 Fowzia Karimi on the Draw of Illustrated Narratives

My mother was a storyteller. The telling was native to her, was one with her being in the world. It was not a vocation; she herself was not conscious of her capacity, just of her love, for the form. She did not gather people around her with the intention of telling them a story. But should there be a gathering, and tea at its center, then she dropped her many roles—mother, wife, employee, host—and transformed before us into her true form: storyteller. Story filled her frame, made her voice quiver, her eyes water, her breath deepen. She was enlarged by it, and it by her. Story was everyday, events she witnessed and lived, and shaped into something radiant, something to relish even in the telling. And we, her children and her guests, were all transfixed.

My mother was a storyteller. I am a writer and an illustrator of story. Story does not pass over my vocal cords, unless I am reading it. It comes through my fingertips. My mother, gregarious, unreserved, like all good storytellers, created story even as she told it; it was generated at that junction of thought and voice within her. And her telling filled rooms, harmonizing with the clinking of teacups against saucers, with the hmmms and ahhhs of her listeners, with her own breath.

Story forms somewhere much further back within me, in that liminal space between the conscious and the unconscious, where symbol is the intermediary between the two states. I write as if with one eye open, one eye closed, at my desk, in the silence of my study. Put me in a room with 15 people and I have nothing to say; I am not wholly there.

Because I am so often in the interior spaces, I know them well, know their volume, their construction, and their wiring. And I’ve come to know that I am not wired to tell, I am wired to write. And to see. Because my unconscious mind, more primal, more elemental, communicates mainly through image, and its progeny, my conscious mind, functions mainly through language, in that liminal space where story comes together within me, language and image rise up simultaneously.

Language has always been accompanied by pictures in my mind. I close my eyes and immediately see images against the curtain of my lids. In the minutes before sleep arrives, the images play across this curtain—some still, others moving, initially in quick succession, then lingering—and soon, like an elixir, they draw me into the unconscious state. Dream arrives before sleep.

I sense my inner wiring and know it is crossed in many places. Well into my twenties, all letters and numbers had a color strictly associated with them. It wasn’t until I was a teenager and asked a friend what colors his letters and numbers were that I realized others did not share this sense. It became one of those things—along with the knowledge that emotions have shapes to them, and that spoons and scissors have emotions—that one did not share with others.

By the time I’d come across the name for this cross-wiring in the brain, synesthesia, those color-symbol relationships were fading in my thoughts; whether through conscious effort, cognizance, or age, I can’t be sure.  When I write, images presents themselves, ready to carry the meaning and intent of my thoughts. Mostly, I let them pass, but every so often I feel compelled to put them down, and to place them in relationship to the text they accompany on the page.

When image and text come together on the page, they work synergistically to evoke what neither might on their own.

At their genesis, the letters of the alphabet borrowed their shapes from the pictures we drew to represent the world around us: ox (A), fence (H), water (M). We were illustrators long before we were writers. As children, we learn to read illustrations before we learn to read words, making our way from picture books to alphabet books to chapter books. At some point, illustrations are dropped, and only text remains. My question has always been, why? The two are not the same. Text cannot replace image in our comprehension or appreciation, nor can image imitate the subtleties and rhythms of language.

Though we take both in through our eyes, internally, we read language with a different faculty than we read images. Text and image each has its own codes and uses its own mechanisms for telling stories, for instructing, for clarifying information, for creating resonance or ecstasy, for imparting meaning or drawing out emotion: for reaching the viewer/reader. So why not exploit both in a literary work?

When image and text come together on the page, they work synergistically to evoke what neither might on their own. A text need not be simply clarified or appended by its images, but can be illuminated by them. I use this word, borrowed from the Medieval illuminated manuscript, deliberately. Book imagery lives on a spectrum; at one end of this scale is the illustration. I worked as a biological illustrator for a number of years and know this end of the spectrum well. The job of these illustrations is to interpret, clarify, illustrate the lessons in the text.

This is not to say that such work cannot be beautiful or that it is secondary to the text. But its main function, that of illustrating, gives it a mainly linear capacity. At the opposite end of the scale is the illuminated text. In an illuminated work, the image shows more or other than what the text describes. Here, language and image, through their own mechanisms and potentialities, tell the story in ways entirely unique to each.

An illuminated book marries image and text to create a third form, a hybrid, that speaks to and works on both the conscious and the unconscious mind simultaneously. The work is fuller for it, holistic, reaching us through multiple pathways.

In literature, nearer the “illustration” end of this spectrum are George Cruikshank’s drawings for several of Charles Dickens’ books. They illustrate the action in the text, and embody Dickens’ sense of humor and his social conscience. Kay Nielsen’s ethereal images fall somewhere in the middle, describing the text but, through his stylization and use of space, expanding the atmosphere and meaning of the fairy tales he illustrated.

At the far end is William Blake, whose self-described illuminated books cannot be separated into text and image, since both are one as a result of his single-plate printing technique and the mysticism that imbues his work. A true marriage unites text and image in Blake’s books, making them immersive experiences.

Where text is walled in by marginal decorations and uncanny grotesques in an illuminated manuscript, the conversation that reverberates between the two is effervescent, ardent, almost audible. Text and image compete for the eye’s attention, which flits back and forth between them, kindling an ecstatic experience. Though many hands and minds were involved in the creation of a medieval manuscript, its elements come together to form a potent whole.

William Blake’s illuminated books, created by a single hand, are no less blistering, though they are small in scale. Image and text weave together and watercolor paint washes over both, connecting them further. Meaning is drawn from each, but in combination they sing and pulse. Image engulfs text in the comic book, and text responds explosively; the constant interplay between them moves the story along, sometimes at dizzying speeds. In the extreme, text and image combine into a single form, as in Arabic or Chinese calligraphy. The possibilities are limitless and give us literary forms that are rich, full experiences.

The pulsing threshold between the written word and the picture—on the page and in the imagination—is an evocative space where symbol has immense play and potential for expression. We are wired to read both image and language, to draw meaning from each uniquely. Together they work synergistically, in the book and within us, creating a whole that is greater than its parts, a whole that is more playful, expressive, immersive. 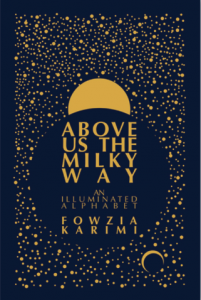 Fowzia Karimi’s debut novel, Above Us the Milky Way, is available from Deep Vellum.

Fowzia Karimi was born in Kabul, Afghanistan and immigrated with her family to Southern California after the Soviet invasion of Afghanistan. She received her MFA in Creative Writing from Mills College in Oakland, California, and has illustrated The Brick House by Micheline Aharonian Marcom (Awst Press) and Vagrants and Uncommon Visitors by A. Kendra Greene (Anomalous Press). She is a recipient of The Rona Jaffe Foundation Writers' Award. She lives in Texas, and Above Us the Milky Way is her first novel. 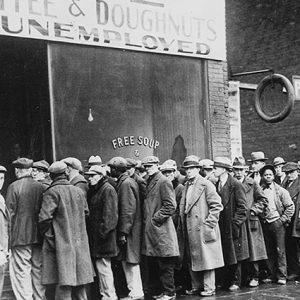