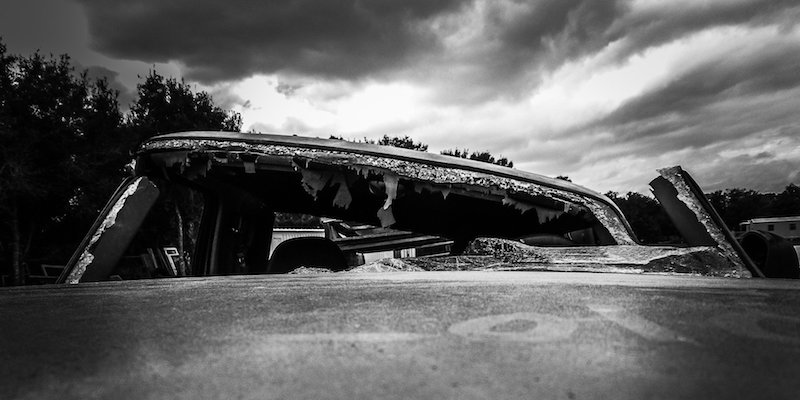 Turning the Story of a Family Inside Out

Nick Kowalczyk on Discovering the Truth of His Parentage

Three years ago, when I was 36, my mother told me you forced yourself onto her and I was raped into being. She says you invited her to your lecture when she was a surgical nurse, coaxed her afterwards into your office—there’s something you just have to see—closed the door, and when you finished you waved her toward a bathroom. You can clean up in there.

The two of us have spoken only once, on the telephone, after you received my letter and telephoned me back, and we talked for 47 minutes. What you don’t know is that I recorded it. And you maybe don’t know that I also wrote to your four other sons, my half-brothers, and told them my mother says you assaulted her (which, in retrospect, is maybe why they never responded). Lastly, you should know that I’ve snuck into your house.

It was your house in Fort Myers, Florida—the one you’ve been trying to sell for a year. My wife’s father keeps a vacation condo in Fort Myers, and every time we pack up for our annual getaway from wintry New York, I look you up. I do this not because I plan to call on you. The prospect of us meeting fills me with as much curiosity as unease; would we shake hands and kaffeeklatsch at a Starbucks? I look you up so as to check in on myself. How do you feel nowadays, Nick, about this stranger from whom you descend? Does your sense of self feel pieced together yet?

I grew up in a family that never talked about its problems or secrets, big or small. My mother never spoke of you until I took the DNA test that revealed—in accord with my suspicions—that I’m half-white and half-Asian, just as I appear. My family members are as white as the two pale children canoodling under an umbrella in that silly ceramic statue decorating your front lawn, meaning that I grew up as the family’s mystery Asian.

The family, including me, never discussed it. For my part, the situation confused me, and I was too distrusting of my parents, given their silence, to confess the extent of the Catholic schoolyard bullying, the gook and chink jokes. So, I internalized the racism: kneading my adolescent eyes to change their shape, perming my hair so it might resemble white hair, and avoiding other Asians out of the fear (God forbid!) that I might be considered one of them.

Once, I told my mother I was curious to meet you. “I don’t think he deserves to know you,” she replied.

It took me until I was 36 years old to take the DNA test. At first I wasn’t sure how to read the results. I didn’t want to believe that I had been deceived. After two weeks I telephoned my mother, who fell silent on the other end of the line. Weeks later she sent me a text—It’s time. I believe I have answers to questions regarding your DNA testing. Then another: I was assaulted—and became pregnant.

With the triple-revelations of my paternity, conception, and real race, nothing and everything felt like it changed. I had a past, but suddenly it was a past that seemed to belong to a stranger. I had a present-day life to maintain, with a wife and young children and a job as a college professor, but what choices might I have made differently had I known who I was?

My dad, who had always known the truth and loved me into manhood nonetheless, became a figure both benevolent and disappointing. He dodged my letters and telephone calls for five weeks and spoke to me only after I traveled the six hours to my parents’ house and arrived unexpectedly. We were able to communicate only after I rolled joints and got us high on his porch. “Last month I found out something that would be incredibly hard for anybody to deal with,” I told him, my voice cracking. “And I’m not trying to make you feel bad here, but why didn’t you call me? Why didn’t you write?” A blue-collar guy in his mid-60s uneasy around emotions and sincerity, Dad shivered in silence until I coaxed out of him an acknowledgment of fear. “I was afraid you wouldn’t want me to be a part of your life anymore,” he said. I reassured him that he was the only father I would ever have. We spoke for maybe twenty minutes about the hardships of my childhood schooling, but before I could begin asking my questions about him, about us, about how I often had felt out of place around him, Dad leaned into the kitchen sink and hardened: “Can we never talk about this again?”

Later on, I published a personal essay about discovering this family secret that created and shaped my life. My younger brother, who is white and grew up never suffering from feelings of racial otherness, chided me: “You took something that happened to Mom and made it about you.”

On a sunny day in January, I posed as a prospective buyer, called a realtor, and made an appointment to enter your $700,000 gated country club property to see what I felt inside of your space, what I felt while looking at photographs that in an alternate universe might have included me.

It was the house of a stranger. I liked the giant enclosed patio with the swimming pool and hot tub less than a four-foot walk from your master bedroom. The realtor glowed about how, if I lived in your home, I could watch the sunset through the mossy cypress beyond the pond separating your property from the Arnold Palmer Signature Golf Course, in bed or in the hot tub, and I fell into unexpected pride and respect for you, a minority immigrant who ascended class in a treacherous land. Looking in your refrigerator, I noticed that you shop at Mario’s Italian market in Fort Myers, like I do. Maybe we had been there at the same time. You stock your vermouth in the refrigerator, as one should, although if we had a relationship I probably would suggest Cocchi Americano over Martini & Rossi.

As for your family photos, I did not wish myself into them. I judged the photograph of you and your other sons in the 1980s, decked out in black suits and tuxedos in what looked like a mauve replication of Dynasty: how tacky, I thought, the teenage sons sitting and the patriarch standing, in a garish display of wealth.

Envy arrived when I saw pictures of you old, with white hair (the clearest glimpse I may ever have of how I might look as I age), and saw you involved with your other sons and their families. Golfing, whitewater rafting, celebrating holidays joyously. My parents, brother, and I haven’t been together as a group since the summer before my genetic testing forced out truths that now seem like an insurmountable barrier to closeness. With the possible exception of my mother and me, we have withdrawn from each other so severely I doubt we’ll gather together again before my parents are gone.

Just before leaving I reentered your den and saw the book on your desk: Memories for my Grandchild, with a pen on top. It took everything in me to stop myself from opening that book. Had the realtor not been standing nearby, I might have run off with it. Memories for my Grandchild: Those memories are my own children’s biological ancestry. Inevitably I will fail to provide them with those details. Nor will I register a mention in that book: the bastard son who figured out so very much for himself.

Once, I told my mother I was curious to meet you. “I don’t think he deserves to know you,” she replied. This may be so. During our 47-minute call, you described your intercourse with her when I summoned the courage to ask of it. That one thing that happened that one time, you said. You denied so much: knowing she was pregnant, ordering her to abort me, threatening to deny paternity, promising never to provide support.

Listen: it is me, not you, who deserves to be known. It is you who should have wanted to sneak into my house and behold what I built out of your violence.

Nick Kowalczyk lives with his wife and three young sons in central New York, where he teaches nonfiction writing at Ithaca College. His previous essays have been appeared in Phoebe, Salon, Ninth Letter, American Literary Review, and POROI. Currently he is at work on a memoir. 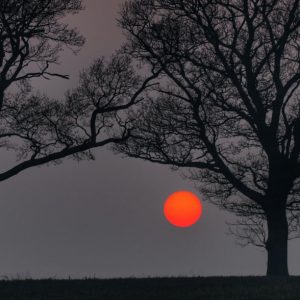 After writing a lot of poems, and doing a lot of collaborations, I have come to believe that the writing of all poems is a form...
© LitHub
Back to top