On today’s episode, Kristen talks with essayist Elissa Washuta about heartbreak and witchcraft, playing Red Dead Redemption, and the virtues of saying no.

Elissa Washuta: There’s so much guilt around saying no, of course, but I got to a point where I was able to say no to some things but really not enough. My body was finally deciding if you don’t stop doing things, this body will stop doing. There’s going to be a time where you stop. Your brain will stop working and you won’t be able to read anymore.

Elissa Washuta is a member of the Cowlitz Indian Tribe and a nonfiction writer. She is the author of Starvation Mode and My Body Is a Book of Rules, named a finalist for the Washington State Book Award. With Theresa Warburton, she is co-editor of the anthology Shapes of Native Nonfiction: Collected Essays by Contemporary Writers. She has received fellowships and awards from the National Endowment for the Arts, Creative Capital, Artist Trust, 4Culture, and Potlatch Fund. Elissa is an assistant professor of creative writing at the Ohio State University. 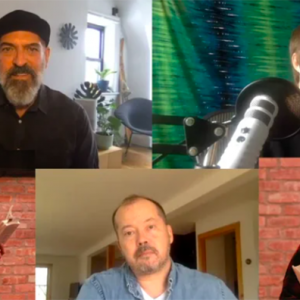 In the second episode of the LIC Reading Series' Alumni Interviews From Quarantine, host Catherine LaSota talks with authors...
© LitHub
Back to top