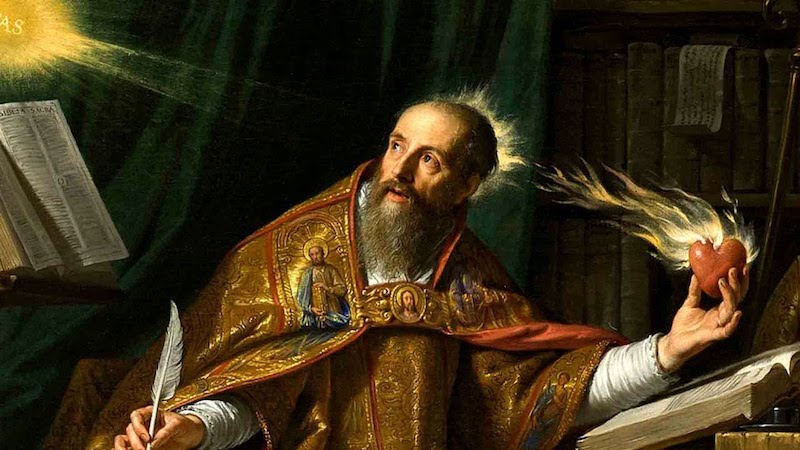 The Saint and I: On Augustine and Writing About Mothers

Natalie Carnes on What the Confessions Got Wrong

When I described the first essay assignment to my undergraduates, I emphasized that they were to make an argument, not give a report. “Your thesis should begin, I argue that,” I explained, “not the author says.” One nervous student raised her hand and asked, “But can we say, ‘I’?”

I had been waiting for this question, which I field at least once a semester. On balance, academic writing is far more relaxed about the first person than high school English teachers around the country seem to suggest. My field of religious studies is particularly nonchalant about it. But the “I” of the scholarly essay is a general “I.” The presence it invokes is abstract. I told my worried student, “You can say ‘I,’ but I don’t want to know anything about you other than what you argue.” I was joking but serious.

I am used to this “I,” the abstract “I” that betrays so little of me. It announces authorship but reveals nothing of the author; declares subjectivity without disclosing the subject; attracts the reader’s attention and deflects it to the argument. I am comfortable with this “I.” I was surprised to observe myself temporarily trading it in for a riskier “I”—the “I” of the memoir, an “I” that demands exposure, courts exhibitionism, and tempts self-justification. An “I” that includes me.

I am used to this “I,” the abstract “I” that betrays so little of me. It announces authorship but reveals nothing of the author.

Experimenting with this new “I,” I thought of my students and suffered my own anxiety. Motherhood addresses my daughter and describes my struggles mothering her—negotiating the demands of work, the complexities of a religiously-divided home, and the violence of a world riven by inequality, racism, and patriarchy. My writing could go so terribly, embarrassingly awry. Was it too late to take refuge in the boxier “I” of the academic essay? Why, I asked myself again, was I doing this?

I reminded myself why. I was working out my complex relationship to Augustine’s Confessions, a book that might be called the first memoir, a book I loved, read, and taught, even as I also found it flawed. Every semester I assigned it to undergraduates and then worried they would swallow its misogyny whole.

My ambivalence toward the Confessions began as a graduate student. Recovering from a break-up, I fixated on the conclusion of Augustine’s relationship with his unnamed partner of ten years, the mother of his child. Too socially marginal for Augustine’s ambitions, she returned to north Africa as he prepared to marry another woman, an episode that left his heart “wounded” and “trail[ing] blood.” Augustine ultimately did not marry, but he went on to a life he describes as more peaceful, more intellectually fulfilling, more loving. And the story never looks back at her. Augustine’s ex is an unfortunate detour on the road to God and happiness. Reading the Confessions in my twenties, feeling a kinship to this woman who loved and lost, I rebelled against her disappearance into the mists of history.

My ambivalence deepened as I became a mother and began teaching the Confessions. Cradling my baby in my arms, I prepared my class notes on Augustine’s own infancy, and laughed. Augustine remembers with regret his infant self that “greedily opened [his] mouth wide” and grew “pale with jealousy and bitterness” when forced to share the milk of his mother or wet nurse. His desire for milk was excessive, he notes, beyond any actual need for it. This, for him, is a picture of human depravity, showing how greed infects us from a tender age. The mismatch between an infant’s eager nursing and Augustine’s description of it as “greed” struck me as absurd, like those cartoons where diapered babies are voiced by urbane adults.

But I doubt Augustine would trust my judgment about the desires of infants. In the Confessions, he describes mothers and nurses as too blinded by sentiment to recognize the deep sin expressed by nursing babes. Despite the importance of Augustine’s own mother to his life, women are not fully trustworthy subjects in the Confessions. The episode with the greedy infant foreshadows the association women have with sin throughout the book, as Augustine learns to give up his major sin, lust for female flesh.

As he worries about women and their bodies, Augustine describes God with masculinist imagery and portrays men as more fully human than women. And still I found the Confessions a beautiful book, at times astonishingly insightful about friendship, suffering, temptation, domination, and conversion. Considering this, I wondered: What should I do with a book like this? Leave it alone? Critique it?  These responses seemed to me inadequate to the messiness and intimacy of my relationship with the book. Interpreted for centuries as the paradigmatic story of what it means to be human in the face of the divine, the Confessions plotted for me a story that my own body resisted. What form of writing could capture both the arc the Confessions opened for me and the friction I felt against it?

Searching for a better way, I resonated with Eve Kosofsky Sedgwick’s descriptions of reparative reading, an echo of Paul Ricoeur’s restorative reading. Sedgwick describes a mutual relationship with the text expressed and realized through an encounter with it. I repair the text; the text repairs me.

This approach seemed to me promising—and also potentially dangerous. I was sure I wanted to repair this text. It is so eloquent, so powerful, and yet so problematic. I was less sure I wanted it to repair me. Why would I make myself vulnerable to this text for repair? Facing this text, writing about it, I wanted to hide myself in the academic “I,” to protect my own female body from the misogynistic saint’s observations and corrections. As female flesh, I elicit potentially excessive desire; as a nursing mother, my own excessive desire muddles judgment.

His problem with female flesh stems not from its badness or sinfulness, but from his own inadequacy to its goodness.

But how could it really make sense on Augustine’s own terms to conceive of female flesh through the category of “too much desire?” In Augustine’s world, there is finally no such thing as excessive love; there is only too little love for God. For him, all creation is a gift from God, even the milk and the breasts he worries about, even the female bodies that trouble his journey. From one view, the Confessions is about the difficulty of receiving gifts well. The other side of Augustine’s anxiety that all the world can become an idol is his conviction that all the world can give us God. I wondered, reading him, if the measure of his worry about female flesh speaks obliquely to the depth of its goodness.

I repair the text. I assisted Augustine in his journey toward the divine by helping him receive the gift of female flesh. I began to write, to reclaim for Augustine the goodness of women’s bodies, the way they are gifts that can open for him the power of his own desire, the way they signify a divine end adequate to that desire, the way, in short, female flesh is a site of divine encounter that Augustine failed to acknowledge. His problem with female flesh stems not from its badness or sinfulness, but from his own inadequacy to its goodness. He had not yet matured into receiving its grace. By some measures, he was still like the nursing babe, anxiously learning to receive gifts.

As I made my correction to Augustine’s text, the Confessions came newly alive to me. I was taken back to my own maternal experience of breastfeeding, a time of both wonder and worry. Recalling my experience nursing, I saw how my flesh, precisely because it was so good and so powerful, in which my attachment to my role as the milk-giver distanced me from concerns about my infant’s well-being. After deflating Augustine’s description of the greedy infant as a picture of sinful desire, I found a new picture of wayward human desire had taken shape, one located in me as a nursing mother, frantic about a diminishing milk supply and reluctant to give formula to my hungry child. I repair the text; the text repairs me. I sketched my idolatry and its damage as my repaired version of Augustine helped me to recognize by rejecting the life that comes from beyond me. I had been so lost in my role sustaining my child’s life that I let slip from view my dependence on others, on goods like formula made by others, and on the God who mothers us all into life. Immersed in my repair of Augustine’s Confessions, I discovered my “I”—the I that confesses me—and found myself writing my own. 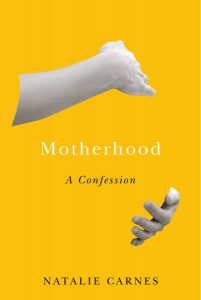 Motherhood: A Confession by Natalie Carnes is available now from Stanford University Press.

Natalie Carnes is Associate Professor at Baylor University, where she teaches feminist theology and religion classes. She has published two books, most recently Image and Presence (Stanford, 2017), and multiple articles and online essays, including pieces on Pope Rihanna and nursing Madonnas. She lives in Waco, Texas, with her three daughters, two cats, and one husband.

Why T.S. Eliot Has Remained an Enigma 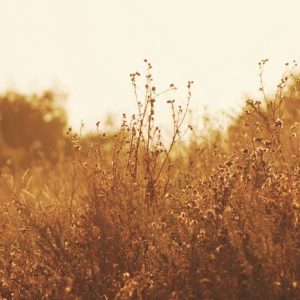 Notched out on this crust of field—in the day that comes after us, where you saw the earth almost happen again: the echoing furrows...
© LitHub
Back to top
Loading Comments...