Eula Biss on how motherhood radicalized Adrienne Rich • Edward White examines Hitchcock’s treatment of women • Kate Guadagnino on finding solace in restoring a childhood dollhouse • Why have so many authors refused to let their heroines age? • Elissa Washuta talks about the desire to write a big book • Jaime Fuller tracks down two perfect quarantine reads • Brandi Carlile remembers the existential dread of an 80s childhood • Cecilia Muñoz considers the myths wrapped up in immigration policy • Capitalism will have a heyday with our emotional attachments to AI • What’s a philosopher, anyway? • Tobias Carroll looks to Ian Sinclair’s idea of “walking with a thesis” • Margaret Kimball on spilling her family’s secrets through graphic memoir • Faith Merino on growing up in a conspiracy theory household  • Kate Summerscale on the violent haunting that rattled an English suburb • Tom Whyman recommends books that explore philosophy through fiction • Maria Mutch on ditching the writing plan • Jason Guriel considers the legacy of Kay Ryan • Catriona Silvey wonders about the counterintuitive appeal of time loop stories • On the unlikely legacy of Milman Perry, who changed how we read Homer • On the women written out of the Oxford English Dictionary’s origin story • “How long can an albatross live with a green toothbrush stuck in its gullet?” • On the specific struggle of writing about a close group of friends during quarantine • Lauren Cerand remembers Giancarlo DiTrapano • Leidy Klotz probes the cultural origins of our need to add • Genki Ferguson expands on our understanding of objectophiliacs • Kimberly Grey on chronic pain and losing her mother • Ann McCutchan on writing a long-due biography of Marjorie Kinnan Rawlings

“Once again Mrs. Woolf makes use of her remarkable method of characterization”: a 1927 review of Virginia Woolf’s To the Lighthouse • Fingersmith, Moby-Dick, The Year of Magical Thinking, and more rapid-fire book recs from J. Courtney Sullivan • A month of literary listening: AudioFile’s best audiobooks of April • New titles by Jhumpa Lahiri, Martha Wells, and Elissa Washuta all feature among the Best Reviewed Books of the Week

Nominees for the Edgar Awards discuss the purpose of crime fiction and writing during the pandemic • Meg Gardiner with ten writing tips for keeping your thriller lean, mean, and exhilarating • We live in a world that conditions us to fear mental illness instead of to treat it. Vince Granata on the deadly consequences of this approach • Michael Nava on the LAPD’s secret history of citizen spying • Honoring the legacy of Eleanor Taylor Bland: a roundtable discussion on a legendary author • Olivia Rutigliano on the dognapping ring that terrorized 19th-century London, and the poet who fought back • Nick Kolakowski on getaway drivers in fiction and the dark side of the American Dream • Jesse Q. Sutanto on writing a cozy mystery inspired by the cheerful, conflicting advice of her wacky Indonesian family • Check out the best reviewed crime novels of April • Amy Suiter Clark with seven great thrillers that play with form

Jhumpa Lahiri on the Joy of Translation as Discovery 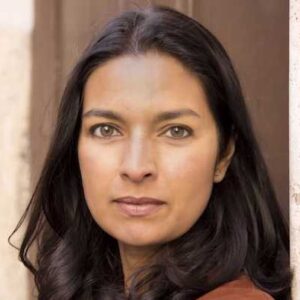 Jhumpa Lahiri on the Joy of Translation as Discovery

This first appeared in Lit Hub’s Craft of Writing newsletter—sign up here. * Translating drives me to reconsider,...
© LitHub
Back to top