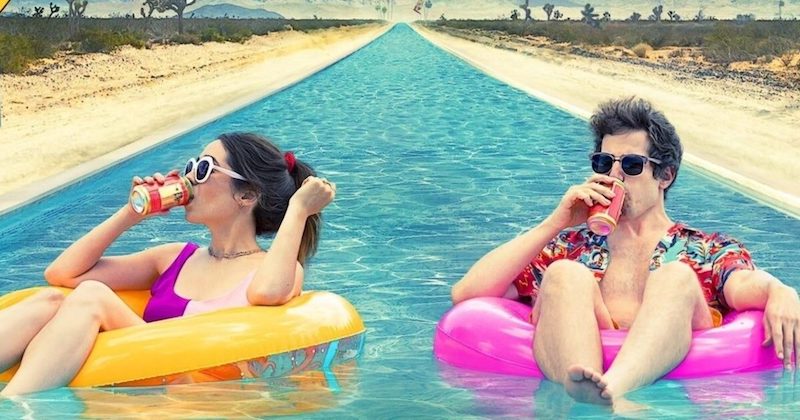 On the Counterintuitive Appeal of the Literary Time Loop

On a snowy February night in 1910, Ursula Todd is born. But something goes wrong: the umbilical cord is wrapped around her neck and she cannot breathe. The doctor who was supposed to deliver her is not there. Her mother Sylvie and Bridget the maid are at a loss. Almost as soon as she enters the world, Ursula leaves it, “a bird dropped from the sky.”

On another version of the same February night, things happen differently. This time, the doctor makes it through the snow. One snip of his surgical scissors to the cord, and Ursula breathes, cries, lives.

These two chapters of Life After Life by Kate Atkinson tell the reader that the novel is a particular kind of narrative: a time loop, where the protagonist repeatedly relives a day, a week, or in Ursula’s case, a lifetime. While the trope has a long history (dating back at least to Malcolm Jameson’s 1941 story “Doubled and Redoubled”), the past decade has seen an explosion of time loop stories across books (for example, Life After Life, The First Fifteen Lives of Harry August, The 7½ Deaths of Evelyn Hardcastle), films (Source Code, Live Die Repeat: Edge of Tomorrow, Palm Springs), and television (Russian Doll).

The appeal of these stories may seem counterintuitive: shouldn’t repetition, by its nature, be boring? Why do we seek out narratives that not only repeat themselves, but feature repetition as an anchoring principle of their structure? As a linguist and novelist, I believe that the answer lies in the process by which readers construct meaning from texts. Time loops, it turns out, are perfect for hacking this process to deliver a hefty intellectual and emotional impact within a tight narrative framework.

Whether we are having a conversation with a friend or reading a book, meaning is not something we passively receive. Instead, we construct meaning via an active process of inference: extrapolating beyond what is explicitly said to build a larger understanding. Inference is what makes reading pleasurable. It’s putting the clues together to guess the big twist, but it’s also more mundane, more omnipresent.

Returning to Ursula’s first birth in Life After Life, it is through inference that the reader gradually understands the cryptic opening (“outside the inside… the familiar wet, tropical world has suddenly evaporated”) as birth from the perspective of a baby. The more work is left to inference, the greater the reader’s involvement. Particularly fun is predictive inference: anticipating, on the basis of what has already been established, what might happen next.

In the second version of Ursula’s birth, the commanding voice of the opening dialogue (“For God’s sake, girl, stop running around like a headless chicken and fetch some hot water and towels”) allows the reader to guess that this is the doctor, and that baby Ursula’s fate this time will be different.

When we make inferences, we are detectives combining clues from the text and what the writer assumes we already know. This latter store of shared knowledge is what linguists call “common ground.” The more common ground is established between writer and reader, the richer the inferences the reader can make from even a single short sentence. As linguistic anthropologist Nick Enfield argues, high levels of common ground signal intimacy: we tend to share a lot of knowledge with the people we are closest to. Therefore, a writer who can successfully establish a high level of common ground with the reader reaps two main benefits. Firstly, common ground allows for layered, complex stories to be told within a limited space; secondly, it makes the experience of reading more similar to interacting with a close friend, strengthening the feeling of intimacy between the reader and the characters.

But how do we establish this common ground? The reader begins a book knowing nothing about the world or the characters. How can a writer quickly give the reader enough knowledge to understand what’s happening, to predict what might happen next, and, crucially, to care enough to keep reading? One shortcut is to use a world or characters that the reader is already familiar with in some way. That is one explanation for why retellings, sequels, and fanfiction are so popular: the writer can exploit preexisting common ground with the reader to create rich inferential and emotional effects.

However, the more world-building a work is doing, the more common ground the writer must build with the reader from scratch. This is where time loops can come in. Repetition not only establishes but highlights common ground for the reader. Confining characters in a loop limits their world: the reader quickly comes to know everything about the space these characters are occupying, and takes special notice of anything that is new or different.

Time loop stories can then exploit the two main benefits of common ground: enabling richer inferences and building greater intimacy with the characters. Different narratives focus on each of these to a greater or lesser degree. Stuart Turton’s The 7 ½ Deaths of Evelyn Hardcastle uses the common ground afforded by a single repeating day to engage in dazzling inferential pyrotechnics.

Inference is what makes reading pleasurable.

The scene that first reveals the time loop mechanic is a key example: Our amnesiac protagonist, Aiden, wakes in an unfamiliar room to a bell ringing; he answers the door to see the man he thought was himself, Sebastian Bell, gasping out the same request for help that he remembers saying yesterday. Aiden realizes he is now the butler who answered the door, and that he is staring at himself with the same incomprehension he previously saw from the outside. The inferences the reader can make from this moment are huge: the day is repeating itself, and the protagonist is switching bodies on each iteration. A careful reader may even spot that the repetition of the dialogue is not quite exact, inferring (sometime before Aiden does) that the course of events in the loop can potentially be changed. All of these inferences rest on the repetition of the familiar scene, the retreading of common ground.

Evelyn Hardcastle deliberately prioritizes mystery over emotional intimacy. The novel’s alienating, eerie tone stems from the fact that other characters consistently know more than Aiden: here, what the reader and the protagonist have in common is that they don’t know what is really going on. By contrast, in Life After Life, the reader becomes deeply intimate with the novel’s world and cast. Ursula’s previous lives give her more knowledge than the other characters, and sharing this knowledge with her heightens the reader’s engagement. Her increasingly creative maneuvers to escape her fate of death by Spanish flu—from forging her mother’s handwriting to pushing Bridget down the stairs—are told in brief, wry chapters that rely heavily on the reader knowing the essentials of the situation by heart.

However, these opportunities for predictive inference are not the novel’s main goal: a reader looking for a twist that explains Ursula’s predicament will be disappointed. Instead, the novel concentrates on the capacity for emotional involvement that the time loop device affords. As the story folds back on itself, small phrases—“veal cutlets à la Russe”, “a black cat, a rhinestone for an eye”—come to stand for entire episodes in Ursula’s lives. Each fragmentary vignette has more weight because of the number of times we have lived it with her.

Each fragmentary vignette has more weight because of the number of times we have lived it with her.

Perhaps the ultimate demonstration of how a time loop can compress a powerful intellectual and emotional effect into minimal space is to see it done in a short story. Nicole Kornher-Stace’s “Getaway,” like fellow 2020 release Palm Springs, subverts convention by starting when the loop has already been running for many iterations. The weary protagonist has experienced these events many times before, and crucially, narrates them as if the reader has too. The story exploits this presupposed common ground to both devastating and comic effect: successive iterations are evoked in single terse sentences (“108. This isn’t working. 109. Nothing works.”), leaving the reader to infer the entire action of the latest disaster.

In the space of fewer than 5,000 words, the inferential possibilities afforded by the time loop allow the reader to participate in creating a much larger story than the text explicitly tells. In the process, the second-person narration, where “you” denotes both the protagonist and the reader, becomes true: rather than simply reading about the protagonist’s despair and final, tentative hope, we have experienced them with her.

Beyond enjoying a good time loop as a linguist and reader, I have also used the device in my own work. In my debut novel, Meet Me in Another Life, the time loop serves both to unfold a mystery and to build a close connection between the reader and the characters. The novel tells the story of Thora and Santi, two people who meet again and again in different iterations of their lives. The narrative is structured to first establish and then exploit common ground with the reader.

Recurring elements (Santi’s cat, a tattoo on Thora’s wrist) first gain meaning through repetition, and then become touchstones, triggering inferences for the reader about how the characters have changed and where they might be headed. Once Santi and Thora realize they are trapped in a loop, they (along with the reader) must piece together the clues scattered through the narrative to figure out what might really be going on. As Thora and Santi’s relationship becomes a web of allusions to all the forms it has taken before, I hope the reader will feel they have spent as many lifetimes with the characters as the two have with each other—and will be as eager to discover the truth before time runs out. 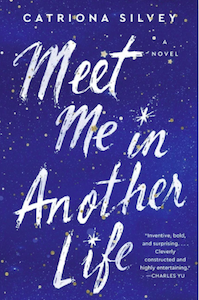 Meet Me in Another Life is available from William Morrow, an imprint of HarperCollins Publishers. Copyright © 2021 by Catriona Silvey.

Catriona Silvey was born in Glasgow and grew up in Scotland and England. After collecting an unreasonable number of degrees from the universities of Cambridge, Chicago, and Edinburgh, she moved back to Cambridge where she lives with her husband and son. Her debut novel, Meet Me in Another Life, will be published in the US by William Morrow in April 2021.

On the Friendship and Rivalry of Sylvia Plath and Anne Sexton

At the End of the Matinee

On the Friendship and Rivalry of Sylvia Plath and Anne Sexton

In 1950s America, women were not supposed to be ambitious. When Sylvia Plath graduated from Smith College in 1955, her commencement...
© LitHub
Back to top
Loading Comments...