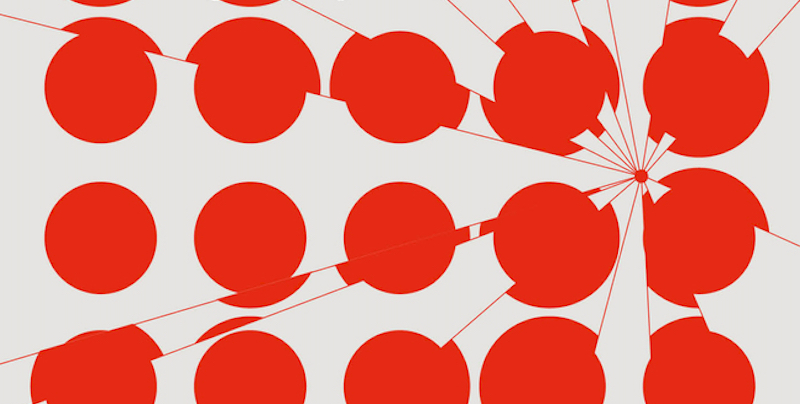 In what form should philosophical ideas be expressed? When I was writing my book Infinitely Full of Hope, this question pressed quite deeply on me. I was writing a philosophical study of the concept of hope—but my writing it had been prompted by my partner’s pregnancy, with our first child. The ideas I was exploring did not, therefore, at all lend themselves to the sort of dry, faux-objective treatment typical of peer-reviewed journal articles, where the point is to expand some “area of the literature.” They required a different sort of justice: the justice due to the ideas that shape a life.

Luckily though, I had plenty of useful models to draw on. In fact, probably all of my favorite books, whether consciously or otherwise, pose the question of how philosophical ideas should be expressed in some way. Here are ten of the most illuminating examples from books which, like mine, fuse philosophy and autobiography, to others which do things quite differently. 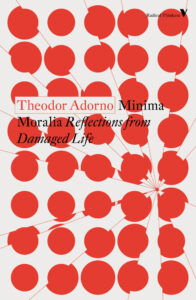 Minima Moralia was written during Adorno’s exile in America from Nazi Germany during World War II. In the 150-odd numbered sections which make up the work, he explores both how, and why, the world he has been forced to live in cannot feel like—or function as—a home. When I first came across it in my early twenties, Minima Moralia helped me to see how the profound unhappiness I had felt, I thought, almost every day of my life up to that point was not some romantic personal flaw, but had an objective, social cause. Adorno is often seen as an almost wilfully gloomy author, a man for whom absolutely everything ought to be proscribed as “fascism,” but I can only call what he teaches here a sort of hope. 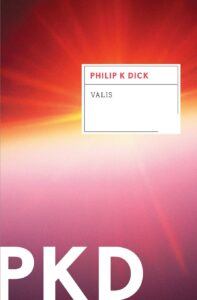 I first read VALIS when I was 18 while traveling up to Manchester to visit the city before applying to attend university there. I think I cleared most of it in one sitting. My mind was blown; it did things that I hadn’t known that books were able to do, and I couldn’t look away. In 1974, Dick experienced a series of intense religious visions that left him believing he was being contacted by a divine, extra-terrestrial intelligence—not the least because it transmitted to him vital medical information that ended up saving his young son’s life. VALIS fictionalises these experiences through the character of “Horselover Fat”—the writer’s mad, broken, burnout alter ego. On this basis—supplemented by extensive meditations on theology and philosophy—Dick builds a wildly brilliant exploration of faith, sanity, personal identity, and the nature of time. 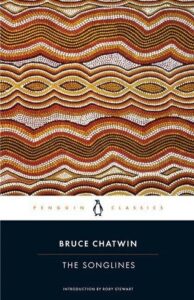 Chatwin was a congenitally homesick author—never able to feel himself unless he was on his way to somewhere, a condition that he believed was universal to the human race. For Chatwin, the great pathology of modern life was that we spend so much time sitting still, when in truth we are essentially nomadic creatures, who can only be happy at the sort of steady walking pace at which we are able to give our adventuring instincts their free reign. The Songlines is his best and most characteristic book: a wonderfully strange, hybrid thing. A piece of travel writing so heavily embellished that it has to count as fiction, it is transformed halfway through into a fascinating philosophical-cum-anthropological treatise: surveying the researches—and obsessions—of a lifetime. 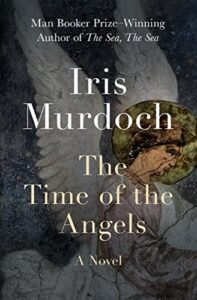 Iris Murdoch, The Time of the Angels
(Vintage)

Murdoch spent much of her life troubled by the philosophy of Martin Heidegger, on whom she was writing a manuscript around the time she began to suffer from dementia: in her greatest philosophical work, The Sovereignty of Good, she goes so far as to describe him as “Lucifer in person.” A philosophical novel that somehow manages to feel non-didactic, and yet performs a thesis distinct enough to give as an argument in an academic paper, The Time of the Angels is a literary exploration of what Murdoch thought was wrong with Heidegger’s thought. The action revolves around the Luciferian figure of Carel Fisher, a priest with no church and no faith. Like the real Heidegger, his dark light sucks in everyone around him, causing them to lose sight of the good. 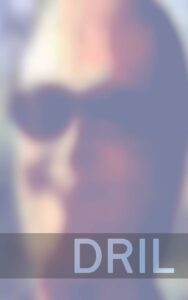 In my view, this is the best book about the internet that has yet been written—and the funniest thing published in at least the last two decades. Dril writes like an AI that has been trained on the most insular and aggressive web forums known to science; he is the below-the-lines comments section, given something like a literary form. This isn’t quite a philosophy of the internet, but if there was ever going to be a satisfactory philosophy of the way that social media has transformed our thought, our language, our behaviour, and our minds, it would need to take its cues from Dril. 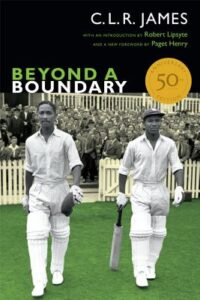 Beyond a Boundary is a book about cricket—a book saturated with cricket, in love with cricket, which is at once a history and an aesthetics and a politics of cricket. But—in and through cricket—it also gives its reader so much more, including the story of West Indian identity (told at the moment of the transition to independence from the British Empire) and the story of James’ own life, raised in Trinidad within the English public school system. A bildungsroman which tells the story of his journey from talented amateur cricketer to Marxist historian, journalist, and campaigner. For James, cricket was far from just a game—it is an art every bit as profound as poetry or painting, a discipline which inculcates a critical way of perceiving everything in the world. 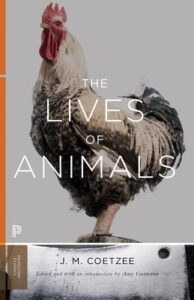 What can literature do that philosophy can’t? The Lives of Animals—which juxtaposes two linked Coetzee short stories with some rather underwhelming responses by a number of high-profile academics—is an attempt to test the limits of this question. In the stories, Elizabeth Costello, the esteemed Australian novelist, is invited to give a talk at Appleton College, where her son John teaches physics, in the United States. John watches in mute, fidgety embarrassment as his mother proceeds to give a fractured, overly passionate lecture about the ethics of animal suffering, filtered through Kafka and with extensive, rather insensitive references to the Holocaust. Through Costello, and her concern with the Other, Coetzee pushes at the bounds of sense: The Lives of Animals shows us the point at which thought is necessarily unable to do justice to reality. 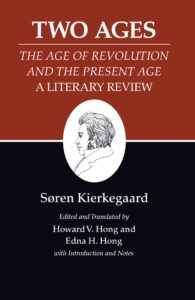 In February 1846, after publishing his mammoth, central work Concluding Unscientific Postscript, Kierkegaard announced that he would retire from writing books. Around a month later, he returned with this: a philosophical study posing as a literary review. The first two sections, on the then-popular Danish novel Two Ages by Thomasine Christine Gyllembourg-Ehrensvärd, are really just a MacGuffin for the third one. There, Kierkegaard outlines a critical account of public discourse and a theory of revolution—both of which are so compelling that they may as well have just been written directly about our own time. 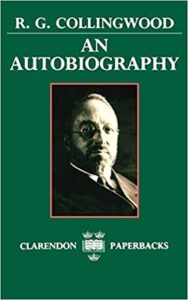 “The autobiography of a man whose business is thinking,” Collingwood tells us, “should be the story of his thought.” True to form, we learn very little about the author’s personal life here, beyond a few scattered details from his childhood. But that doesn’t mean we aren’t given a perfectly clear sense of Collingwood the man. This is the story of a life lived through ideas: the life of the most brilliant Anglophone philosopher of his day, a man whose work ought, by rights, to have permanently transformed academic philosophy into a historically and politically engaged form of public intellectual praxis, but whose distaste for academic politics left him unable to cultivate disciples. I can think of no better account of how one comes up with philosophical theories than Collingwood’s description of how he developed his groundbreaking “logic of question and answer” by seeing the Albert Memorial every day on his way to work and trying to figure out why anyone would have built something so disgusting. 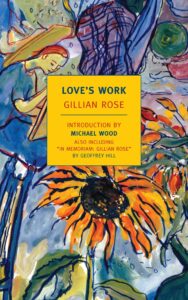 “Keep your mind in hell, and despair not.” Rose took this epigraph to her memoir from the Russian monk Staretz Silouan; I borrowed it to open the first chapter of my own. Written as Rose faced the prospect of her only early death from ovarian cancer, Love’s Work looks back at a life of unhappy love affairs, enchanted by philosophical thought. Rose tells us of the death from AIDS of her sometimes-lover and intellectual inspiration Jim and of a desperate affair with a Catholic priest. She describes the dull uncertainty of cancer treatment; she produces a philosophy of the colostomy bag. But from the melancholy of her life—through the efforts both of love and of reason, which are always anxious and uncertain—Rose draws beauty, strength, and hope. 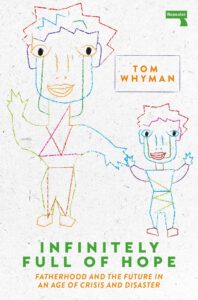 Infinitely Full of Hope: Fatherhood and the Future in an Age of Crisis and Disaster by Tom Whyman is available now via Repeater Books.

Tom Whyman is a writer and philosopher. He currently teaches at the University of Hull.

A Secret Feminist History of the Oxford English Dictionary 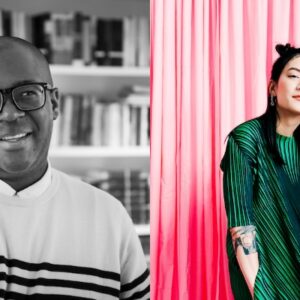