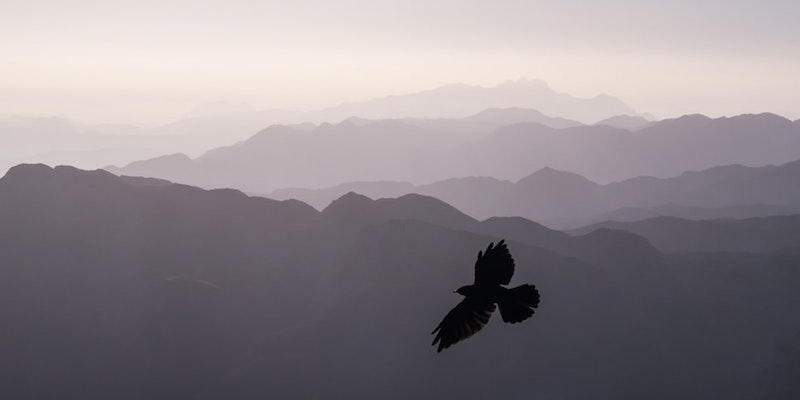 A brilliant writer friend of mine said to me that writing a novel isn’t an efficient process and people want the efficient. Efficiency, rationalism, progress, all perfectly decent ideas that also call to mind the American highway-building madness of the 1950s, for instance, or the current financial paradigm of ceaseless and predictable growth, and which, left to overtake the novel-writing process, can obscure or squeeze out altogether what is mysterious and irrational, the invisible presence that makes everything in fiction tick. More than the heart—the thing (or, more precisely, the non-thing) that makes the heart beat. A novel, if the writer really means it, is a process in which the writer emerges at the other side having gone through something, and even deeply changed. If a writer isn’t willing to be changed by the work, I might wonder why do it.

In writing workshops, whether I’ve been there as a participant or the teacher, I see writers who want the formula or the secret (but not the true secret, not the mysterious, irrational one). They often want the ten-step list, the actionable plan with concrete goals, a sense of progress and a pattern of coloured sticky-notes. These are fine things, by the way, and I myself am an inveterate list-maker with a hidden closet of index cards and navy gel pens. But this is just some scaffolding, a bit of staging for the real show, which is the grand encounter with uncertainty that is writing fiction, or writing anything at all. Or simply living.

At the beginning of the COVID lockdowns, there was much talk of the wild animals who came to check out previously occupied human spaces, and maybe something about how unattuned we are with the natural world caused people to regard this as both amusing and unsettling—a symbol of the uncertainty in which we’ve been bathing. I live in a semi-rural town, with scrappy woods all around and lots of animals: roving gangs of wild turkeys, deer, foxes, coyotes and a type of weasel called a fisher that locals blame for screaming during summer nights like someone being murdered (try listening to that when you feel uncertain).

The uncertain and mysterious not only count for something, but are the drivers of everything.

So I was already accustomed to a (certain) number of wild encounters, though things got real when an enormous female hawk gorily slaughtered a rabbit right in the backyard, maybe twenty feet from the house. The grass was quickly decorated in entrails—so many entrails!—bones and tufts of fur. She knew that I was watching her from inside the house (with a pair of binoculars, because, honestly, how often do you get to see this stuff?), but she worked secure in the knowledge that this was the COVID era and humans didn’t come out. What does this have to do with writing? Everything! The slaughter was vivid and wholesale—I could see every sinewy bit of it—but the real story was the utterly mysterious vanishing taking place. Where did the rabbit go? Where did the rabbit really go?

They say that people’s dreams during COVID have been more plentiful, more vivid. During a period of high anxiety, I dreamed of King Kong, who stood in the ocean and peered into a high-rise where I cowered with legions of people. When he pressed his face to the windows, I went wild. The giant, glistening eye, the nostril big enough to walk into! This is nuts! Was there glass? I didn’t know. I was deeply afraid, but also in awe. Then he turned and lumbered down the beach to terrorize others, which is what he does, which is what fear does: moves along. The point here isn’t the movie-version of camp-horror, but the more mundane energy undergirding the dream: things come and things go, and that’s what really frightens us (Kong himself was not going to have much of a fun end, but… what a ride!). The only certain thing is the inevitability of this flux, this coming and going, and the lack of a definite outcome. If a writing plan hides an unconscious desire to circumvent the irrational and unexpected, perhaps consider: sometimes King Kong will pick you up in his fist, and sometimes he won’t, and, just to continue to beat the animal metaphors, hawks can happen even to the most prepared rabbits.

I suppose what I want to say is that the uncertain and mysterious not only count for something, but are the drivers of everything. Perhaps this is why, deep down, we want to lay a template over them, establish a plan, corral not only what acts unpredictably but what we don’t and maybe can’t, fundamentally, understand. A Buddhist teacher of mine called approaching the wobbly world with curiosity and acceptance of it as it is “don’t-know mind.” Something else occurs to me here: Are we prepared to be dazzled by what we don’t know?

When I’m teaching, there is something I’m trying to talk about, which is beyond language maybe, and if I’m dealing in the unsayable, with a group of people for whom words are everything, I have sometimes felt that I’m on perilous ground. I want to show them that what they’re pointing to in their own writing sometimes lies beyond words. They don’t always want to hear this—it doesn’t match a formula, involve ten-steps or post-it notes, and the contact with whatever this nameless thing is can’t be forced. Most of all this. Whatever demands you make of the mystery, it will not respond. I’ve tried.

Perhaps what any writer needs is the willingness to visit the basement, to make sure our work has a basement, and a wild one at that.

It seems that trying to talk, or write, about the mysterious aspects of creating is like looking at the sun; probably not a good thing to do too much, though it leaves an impression. Yet the uncertainty, the irrational, is where most of the good stuff is, the surprises, symbolism, meaning, mythology, origin, the ancient, why we write to begin with; and all of this is what connects us to other people and the realization of the natural world. Because even if we’re writing about urban settings, sci-fi, politics, or characters who wouldn’t set foot in a woods if their lives depended on it, we are the natural world: chaotic, mysterious, certainly uncertain.

Consider my unfinished basement, where animals and the irrational have turned up so mightily in my house. The basement was once an almost permeable membrane to the outside, letting in through corner holes and little earthy passageways all manner of traffic. One day I opened the door to the basement to find a startled grey squirrel at the top of the stairs. Chipmunks left tidy piles of sunflower seeds around the workout equipment, there was a long trickle of mice and voles, and bumble bees staggered in like little lost dirigibles. I recently got down my copy of Gaston Bachelard’s The Poetics of Space and looked up “cellars.” He didn’t disappoint, and likens the rational to the roof of a house and the irrational to its cellar. “In the cellar, darkness prevails both day and night, and even when we are carrying a lighted candle, we see shadows dancing on the dark walls… In our civilization, which has the same light everywhere, and puts electricity in its cellars, we no longer go to the cellar carrying a candle. But the unconscious cannot be civilized. It takes a candle when it goes to the cellar.”

I don’t think fiction-writing can be entirely civilized either, nor should it be, with our attempts to heave it into a template. We can revel in taking a candle and seeing only part of what is there. Perhaps what any writer needs is the willingness to visit the basement, to make sure our work has a basement, and a wild one at that. Does the plan allow for what we can’t control, what will turn up whether we like it or not? Does the plan allow for the questions we can’t answer and the things we can’t explain, what we can’t forgive, our deepest unspoken fears and desires, our utter fallibility, our hauntedness, the adventure that is being alive? If your plan does, then that seems to me to be the one to follow. 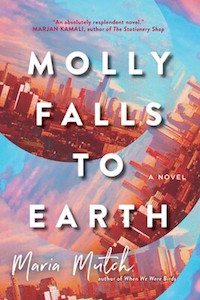 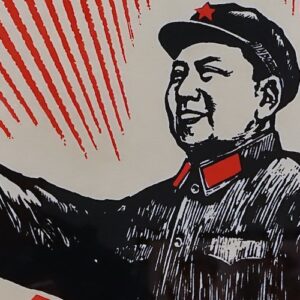 The Cultural Revolution began with the creation of a “big-character poster” by a young philosophy lecturer, Nie Yuanzi....
© LitHub
Back to top
Loading Comments...