“People love objects because they reflect what we value in ourselves.”

The first known case was in 1979. Eija-Riitta had seen the Berlin Wall on television at the age of seven and, struck by its long, parallel lines, fell in love. She tied the knot on their sixth visit together, marrying the Berlin Wall and taking it as her last name—Berliner-Mauer. She regarded the tearing down of the wall as a catastrophe and slept with a 1:20 scale model until her death in 2015.

In 2018, Akihiko Kondo spent two million yen to marry animated pop-idol Hatsune Miku. Miku, a “vocaloid,” was developed in 2007 by Crypton Future Media. She serves as a mascot for a voicebank software, in which users can compose their own songs for the virtual character to sing and dance to. Miku stands 158 cm tall, sports teal pigtails, and has a suggested vocal range of A3–E5, B2–B3. She has appeared as a hologram at concerts, and as a doll at Kondo’s wedding. None of his family attended the ceremony.

These individuals are classified as objectophiliacs. Read: those who hold sexual or romantic attraction towards inanimate objects. It goes without saying, of course, that objectophiliacs are often the target of derision, mockery. But I’d like to expand on objectophilia a little bit, on that idea of love as well. Perhaps even argue that, ridiculous though they may seem, these cases are just the natural conclusion to the relationships the rest of us already hold.

My debut novel, Satellite Love, concerns itself with one such objectophile: Anna Obata, a 16-year-old girl in southern Japan who falls in love with a satellite. Like most writers, I imagine, the concept came to me before any notions of theme. Other than vague ideas of melancholy and escape, I didn’t understand exactly why Anna would fall for a satellite, nor the ultimate conclusions that would come from it. So it was that, through writing, I found myself drawn into the psychology of objectophiliacs.

What, exactly, causes us to love an object?

I asked Dasha Yildirim, a Vancouver-based ceramicist, how she felt about this object-worship. Yildirim creates what are called Ball-Jointed Dolls—highly tuned porcelain figures with complex articulated joints, custom sewn outfits, names, even personalities. What separates these from, say, a Cabbage Patch Kid, is both the level of sophistication as well as the price point. Well-known names can sell for tens of thousands of dollars.

Yildirim maintains, however, that Ball-Jointed Dolls shouldn’t be viewed as too different from toys, and for that matter fine art. True, their patrons are usually wealthier, but unlike a Rothko or a Mondrian, they are meant to be handled, doted over.

“People love dolls for two reasons,” she told me. “On one level it’s an aesthetic love—they love these dolls because they’re beautiful, poseable, and customizable.”

In essence, a value-based love.

“On the other hand, people love dolls because they feel real,” she said. “You feel less lonely for owning them. The dolls feel sad when you’re sad, happy when you’re happy. This combines with the aesthetic level, though. People can project a perfect version of themselves onto the doll, and have their own emotions reflected back to them.”

When I asked her if this is how she felt, Yildirim took out one of her own dolls—an early model that she’s never sold. A short, cherub-like figure with red hair named Maple.

“Of course. Maple holds a part of my soul.”

People love objects because they reflect what we value in ourselves.

Yildirim isn’t the first to come to this conclusion, however. While some of her clients may be collectors, for others, ball-jointed dolls are a return to childhood. There’s a fair bit of scholarship on the concept of comfort objects, the toys children latch onto and the adults who never threw them away. A popular working theory, introduced by paediatrician Donald Woods Winnicott, is that of the transitional object.

Is it so surprising, then, that these cases of objectophilia seem to have become increasingly prevalent in the modern age?

There is a terrible shock that awaits young children as they grow out of infancy. Namely, that they and their mother are separate people. In the early stages of development, the child sees their mother as an extension of themselves—when the child wishes something, the mother provides, creating what Winnicott calls a subjective omnipotence. With time, however, the realization that the child is actually separate, and therefore dependant, on the mother creates shock, stress, and frustration.

Is it so surprising, then, that these cases of objectophilia seem to have become increasingly prevalent in the modern age? A time when our true distances from each other, our inability to ever truly understand, have become all the more apparent?

And this is where I’d like to expand on that idea of love. Yes, Erika Eiffel may speak freely about having sex with the Eiffel Tower, but in truth, romantic and sexual relationships make up only a fraction of the connections we hold. The working definition of objectophilia, mentioned above, mentions only sexual or romantic love. I wonder if this is a false distinction, one all too prevalent in western culture. A rather limiting expression, one which bars any possibility of platonic, aesthetic, familial, or religious love. Yes, religious.

Enter: Shintoism. One of the oldest sustained animist religions still practiced today. With deep roots throughout Japan, it predates even the arrival of Buddhism on those shores. It is a religion that maintains that all things, living or otherwise, contain kami, something halfway between a spirit and a god. Trees, mountains, boulders—kami are traditionally viewed as existing within nature, but by some definitions include manmade objects as well. Yes, including cars, cellphones, or the Berlin Wall. If this is sounding familiar, perhaps Marie Kondo’s philosophies are coming to mind.

It’s not without irony that I note how Japan’s obsession with mascots perhaps mirrors their own polytheistic, animist backings. The same nation which now produces hologram Hatsune Mikus has a deep-rooted belief in the spirit of the inanimate. It’s also why, to mirror Anna’s own journey with the satellite, Satellite Love also follows the overlapping tale of Soki Tachibana, a young Shinto boy who finds himself doubting his belief in the kami in a crisis of faith. As one character gets drawn into a modern definition of object-worship, so too does another find himself pulling away.

“Unlike with people, we can’t put expectations on inanimate things,” says Yildirim. “Unlike people, they can’t disappoint.” We don’t love objects despite them not being human. We love them precisely because they aren’t human.

And so I wonder if this could be used as a balm for lonely times. When connection with one another feels so difficult, could we instead look around, deeper into the materials that surround us? Perhaps emerge with a newfound appreciation for the little things that make up a life: the small values, desires, and personalities our objects reflect. Some might call this a regression; I argue that instead, it is a process that allows us to come to a complete, deliberate understanding of the self. And perhaps, by turning that appreciation outwards, of each other too. 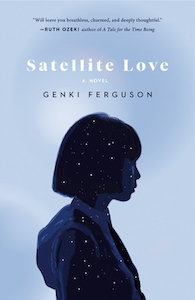 Genki Ferguson was born in New Brunswick to a family of writers and grew up in Calgary. He spent much of his childhood in the subtropical island of Kyushu, Japan, where his mother's family still resides. Fluent in Japanese and capable of making a decent sushi roll, Genki was the recipient of the 2017 Helen Pitt Award for visual arts, and recently completed a degree in Film Production while working part-time at Book Warehouse, an indie store in Vancouver. 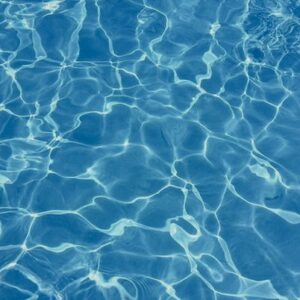 This first appeared in Lit Hub’s Craft of Writing newsletter—sign up here. It’s dark when I set out. When I’m...
© LitHub
Back to top
Loading Comments...