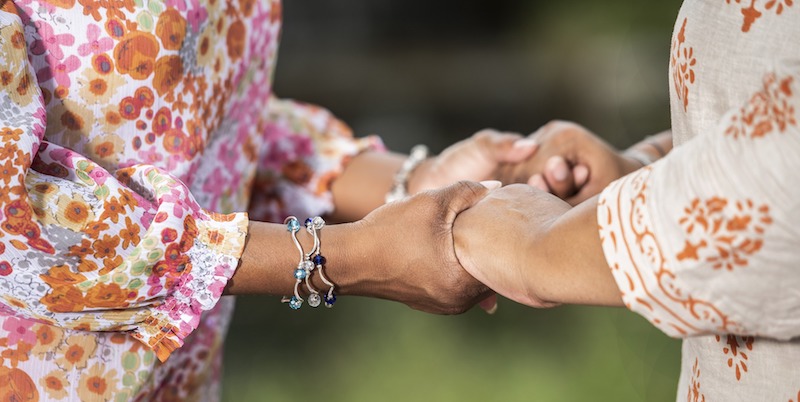 On Rediscovering Spontaneous Touch Through Writing

Laura Hankin Struggles with the Absence of Intimacy

Writing a novel is sometimes thrilling, sometimes frustrating, and almost always lonely. To cope with the hours spent rattling around inside my own head, I developed tools—joining a co-working space meant for writers and scheduling time with friends. The pandemic turned those tools dangerous or impossible to use. Perhaps other writers chose to deal with their isolation by writing allegories about loneliness. I, however, was in edits for a novel about a tight-knit group of women who spend a lot of time hanging out inside. And, oh God, did it make me miss my friends.

In A Special Place for Women, an undercover journalist infiltrates a secret club for the female millennial elite of New York City, finding herself drawn deeper and deeper into a group of dangerous, powerful women. The novel is about belonging, the magnetic pull of other people, the beauty of new friendships blossoming along with the importance of old ones. I was just jumping into revisions with my editor when the world shut down.

So on a typical day, I’d spend hours imagining my protagonist having confessional, transformative heart-to-hearts with the women in the club. The characters in my book would lean towards one another until they were mere inches away. They didn’t worry about whether the proximity might kill them. The danger they faced was emotional, the danger of revealing too much, of opening oneself up to rejection in the search for intimacy. After a day of writing, I would hop on a much-anticipated Zoom date with friends and we’d promptly feel so overcome by anxiety or depression that we couldn’t talk for long. Our conversations consisted mostly of desperate guesses at when things might “get back to normal” and promises to one another that we were staying safe.

I found myself writing frequently about my characters looking one another in the eyes and trying to read the unspoken signals they found there. Was I investing too much in eye contact, making up things that eyes couldn’t actually communicate? I went and looked at myself in the mirror, attempting to flash out warnings or warmth to my reflection. I sat back down and tried to remember what it felt like to be at a party with friends. One friend of mine was an excellent winker, always drawing me into our own private joke while a different conversation raged around us. Other women and I used to be able to communicate so much—that we were ready to leave, that we needed someone to save us from a conversation with that creepy guy in the corner—without saying a word. On Zoom, eye contact is physically impossible. When I wanted to say something important to a friend, I would look directly into the camera, so that I appeared to be staring right at them. In fact, I could barely see their face at all.

For just a moment, my friend stepped forward and held me in her arms.

The journalist at the center of my story was always performing Olympian feats of BS to impress people and gain their trust. Meanwhile my own social skills atrophied rapidly. I picked up takeout one day and was so flustered by the host’s casual chit-chat with me that I forgot my credit card at the to-go window. My fiancé and I went to get a piece of furniture, and when the man from Craigslist off-handedly asked if we lived together, I regaled him with the entire history of our love story from six feet away in his driveway.

What really hurt was writing about the touching. The women in my book were always casually stroking one another’s hair, linking hands or arms. I didn’t know when I’d get to hug a friend again, whether for a simple greeting or for a bigger reason—to celebrate a wedding, to mourn a loss. One of my best friends gave birth over the summer. I’ve still never touched her baby.

Even in normal times, when I’m trying to describe two bodies interacting, I sometimes forget everything about the mechanics. The memories of every embrace I’ve ever given or received just… vanish from my brain, like I’ve never touched another human in my life. I have, in times of such desperate need, asked my fiancé to let me nestle into him so I can feel how my head lines up with his chest. I concentrate on the texture of his shirt on my cheek, the rise and fall of his breath, the sound of another person’s heartbeat in my ear. That helps when I’m working on a love scene. Less so for all the moments of a different kind of intimacy in A Special Place for Women. Instead, while revising, I would sometimes look down at my own hands and clasp them together, pretending one of them belonged to somebody else, searching for the details that turn an outline of an experience into something whole and vivid.

In the absence of being able to simply curl up on the couch with a friend, I dove deeper into the exquisite agony of describing a clubhouse full of women who showed up unannounced on the edges of one another’s beds at three in the morning, or who pulled off their clothes and danced around naked in a glorious communion. Sure, in normal times, I didn’t want friends popping into my apartment in the middle of the night, but I was getting desperate. It was wish fulfillment taken to the extreme. If I couldn’t have a glass of wine with my friends, I’d fill the void with something more intense, like visions of women dancing naked, dammit! (Even though in real life, I generally prefer my dance parties clothed.)

Now, the book is done, its launch date in sight. And maybe the end of the pandemic is in sight too, if we squint hard enough. The other day I needed to buy a wedding dress. I thought about going alone, not wanting to put a friend at risk for something that I was perfectly capable of doing by myself. But one of the women I grew up with had recently been fully vaccinated, and she responded to my tentative text with assurances that she would not miss it. In the store, double-masked and standing in the dress I would go on to buy, I began to cry, overwhelmed at the thought of all the loved ones who couldn’t be there.

For just a moment, my friend stepped forward and held me in her arms, both of us pretty sure we were still adhering to CDC guidelines, but not wanting to push it too much. I didn’t concentrate on how she felt, or try to remember the specific sensations so I could write it all down later in a scene. I just brought my own arms up and held her right back. 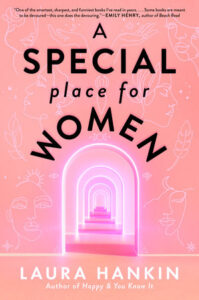 A Special Place for Women is available via Berkley.

Laura Hankin is the author of Happy & You Know It. She has written for publications like McSweeney’s and HuffPost, while her musical comedy has been featured in The New York Times, The Washington Post, and more. She splits her time between NYC, where she has performed off-Broadway, and Washington D.C., where she once fell off a treadmill twice in one day. 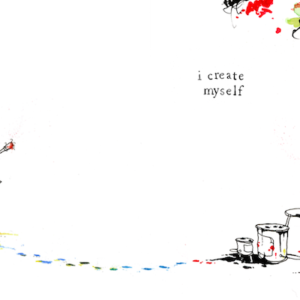