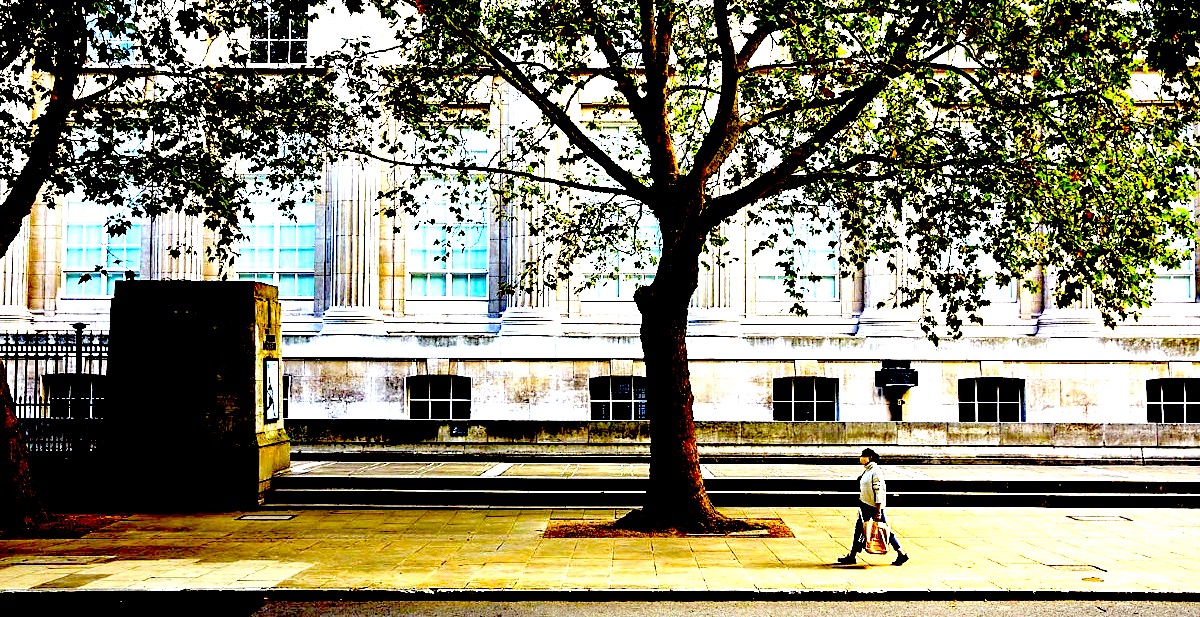 Tobial Carroll on the Vast Scale of Modest Acts

Iain Sinclair is not a writer normally given to concise, epigraph-ready sentences, but every once in a while he does exactly that. In his 2017 book The Last London, Sinclair writes something that’s as close to a mission statement as readers are likely to see from him. “Cities can be mapped by missing cobblestones,” he writes, and it stands as a succinct testament to Sinclair’s body of work—much of which concerns cities, and a significant portion of which concerns the act of walking through cities.

For Sinclair, that variety of walking is bound up in questions of history and literature—and much of it takes on a politically-charged cast. A 2014 chapbook by Jarrett Kobek is titled Walking Is A Radical Act: An Interview With Iain Sinclair, and if the last year or so has brought anything to mind, it’s how applicable that very statement is. Since the pandemic began, the act of walking down a sidewalk has taken on new dimensions, and required a heightened awareness of the conditions around you. The protests around racial justice and state violence held in many American cities in the last year also add a political dimension to the process of walking. The practice of kettling, in which police move en masse to physically limit the movement of protestors—and, subsequently, arrest them—feels very much like the antithesis to politically-motivated walks throughout a city.

Sinclair is not the only writer to explore the politicized nature of walking. Garnette Cadogan’s 2016 essay “Walking While Black” and Lauren Elkin’s book Flâneuse: Women Walk the City in Paris, New York, Tokyo, Venice, and London are two other essential reads for exploring the ways walking cannot be considered an apolitical act. What makes Sinclair’s body of work on the subject distinctive is its sheer breadth: several of his books have focused on specific walks throughout London, and serve as distillations of history, political science, and literary criticism that pertain to the regions he’s passing through. For Sinclair, these things are not adjacent to the walk—they’re essential parts of the walk itself.

Alternately, when exploring an array of Sinclair’s books focused on walking—in this case, London Orbital, Lights Out for the Territory, London Overground, and The Last London—it’s noteworthy to see who Sinclair associates with driving through, rather than walking through, the city. Notably, Sinclair connects both Margaret Thatcher and Augusto Pinochet—not his favorite world leaders by a long shot—with the act of urban driving.

In a 2017 interview with Guernica, Sinclair outlined the connection between walking in cities and anti-authoritarian politics. “Walking is increasingly a kind of final democracy,” Sinclair said.

The weight of what’s being [politically] imposed is very much anti-walking, and has to do with control of space, creating public areas you can’t walk in—which are completely covered by surveillance, policing, private spaces, gated communities, and unexplained entities at the edge of things. So walking around becomes actually difficult.

This is a sentiment echoed in London Orbital: A Walk Around the M25, which chronicles Sinclair’s efforts to circumnavigate the roadway encircling London. Early in the book, Sinclair alludes to walking near Theobalds Park. “If you drive along its boundaries you will be scanned by surveillance cameras, quizzed by interrogators at unnamed checkpoints,” writes Sinclair. “Walkers are suspect.”

For Sinclair, then, simply the act of walking can be enough to separate someone from the rest of their peers. In London Orbital, he summons this sense of the walker as suspect; in Lights Out for the Territory, he describes a kind of flipside to the “aimless urban wandering” of the flâneur. “We had moved into the age of the stalker; journeys made with intent—sharp-eyed and unsponsored,” he writes. And later, on the same page: “This was walking with a thesis. With a prey.”

To state something that may be obvious at this point: “Walking with a thesis” could easily function as the subtitle for a significant number of Iain Sinclair’s books. But “walking with a thesis” takes on a slightly different resonance in 2021; it could apply to walking in a way that’s mindful of pandemic preparations, or to setting out on foot for a protest and being aware of the presence of police.

For Sinclair, simply the act of walking can be enough to separate someone from the rest of their peers.

It speaks volumes that The Last London, which Sinclair described in the aforementioned Guernica interview as “the conclusion of the series I’ve been doing on the question of what London is,” concludes with a walk specifically designed as a political act. Sinclair and several of his compatriots engage in a five-day walk in the aftermath of Brexit. He describes the group as “drunk with loss, severance.”

The purpose of the walk is to summon a kind of victory from ideological defeat. “England was made, not by its victories, its colonial plunder, slave wealth, chemical weapons, broken treaties, oil, wool, battleships, but by heroic defeats,” writes Sinclair. And it’s from that knowledge of, and candor about, history that Sinclair’s walks derive no small amount of political power.

To read Iain Sinclair’s writings on the subject of walking through London is to take in an abundance of political and artistic history. Some of this is informative in its own right, but it’s also frequently charged with more thematic weight. When, in London Overground, the subject turns to Michael Moorcock and Angela Carter, Sinclair praises them for “an absolute respect for working lives, an autodidactic love of Shakespeare and the English classics, with no pious whispers in the pews or bowing to established dogma.”

To read Iain Sinclair’s writings on the subject of walking through London is to take in an abundance of political and artistic history.

That attention to detail, and to the ideology behind those details, might well be the most salient lesson one can take from Sinclair’s walks through the city. For him, going deep into historical archives and making unexpected connections are both political acts. Sinclair has little time for official structures dedicated to history. “Memorials are a way of forgetting, reducing generational guilt to a grid of albino chess pieces, bloodless stalagmites,” Sinclair writes in Lights Out for the Territory. “Shapes that are easy to ignore stand in for the trauma of remembrance.”

Near the end of London Overground, Sinclair walks through a new development and discovers something shocking. He writes that “it was something of a surprise to find the gleaming avenue through the latest railway flats being named after a notorious rapist.” In this particular case, the street’s namesake is fictional—Robert Lovelace, from Samuel Richardson’s novel Clarissa. Even so, Sinclair comments that “[i]t’s like dedicating a crèche to Jimmy Savile.” In the last few years, communities around the country have sought to rename streets named for slave owners; that sense of reckoning honestly with the past, and with the way the past suffuses the most quotidian of spaces, seems not far removed from Sinclair’s own project of walks infused with history and meaning.

“My own—and only—engagement with place was through mapping. And walking,” Sinclair writes in London Overground. It’s a modest statement, to be sure. But the full scope of his walks, and the powerful histories and works of art that they intersect, helps to demonstrate just how vast a scale such modest acts can influence.

In Praise of a Brazen Poet: On the Essays of Kay Ryan, Outsider 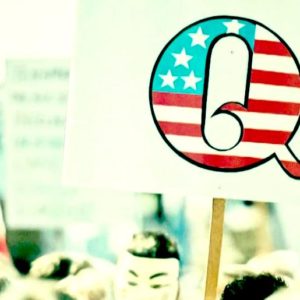 In February, the New York Times documentary “Framing Britney Spears” joined a spate of recent reexaminations of all the things...
© LitHub
Back to top