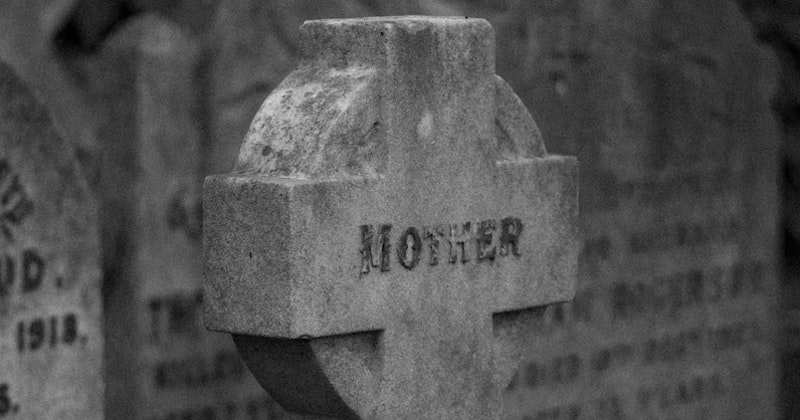 Kimberly Grey on Chronic Pain and the Loss of the Mother

The mind tries to both wall and unwall the self. This I know. I’ve understood its method as a means to interpret the world, while simultaneously protecting from the violence and chaos that comes with that interpretation. There is little that can be done if one wishes to live accurately and wholly. Pain, eventually, gets in.

The first time I knew devastation, it was not my own. But I understood it, even at age eleven, as a kind of obliteration of the present. A man had gone into an elementary school in Scotland and killed sixteen children. What was there, would never be there again. In my child-mind, it was incomprehensible. But I remember days later, on a chilly March morning, filling my mittens with rocks in the schoolyard. I will hold these in front of me, I thought, if a bullet comes flying.

I did comprehend, even then, that the world can take everything away from you.

“Devastation” derives from the past participle stem of the Latin devastare: de- meaning “completely,” vastare meaning “lay waste,” “empty,” “desolate.” When someone says, “that is devastating” what they feel is that suffering has been put into motion. I have my own definitions of suffering:

Roland Barthes defined suffering as the impossibility of being comfortable anywhere.
He wrote this in his mourning diary, after the death of his mother.

I imagine him shifting in his chair as he wrote it. The chair transformed, now just a stiff object, a hard shape, to which his body would no longer conform. Chair no longer a chair.

My mother is still living, though she is gone from me. A different kind of death, where possibility could exist. But, instead, it looks like this:

I am the adjective, as it is happening, in perpetuity. Is it easier, knowing she is alive, that she walks around breathing, her body somewhere on the earth and not in it; in a house, being, where I will never again be?

I also cannot find a chair to sit in.

On November 4, 1977, Barthes wrote: Around 6 pm: the apartment is warm, clean, well-lit, pleasant. I make it that way, energetically, devotedly (enjoying it bitterly): henceforth and forever I am my own mother. He has this realization nine days after his mother dies. He is sixty-two years old.

This provokes a memory:

When I was ten, our bunnies had babies and had babies. The mother bunny rejected them, pushed the babies out of the cage, and so my mother took them inside, fed them with an eye dropper, and tried to keep them alive. But they all died. They needed their mother.

(That she desired to mother others, is a sentence that makes itself dark to me.)

I am my own mother. I feel, as Barthes still felt at sixty-two, this kind of devastation.

His ability to see the value in suffering is what draws me to him most. He said, My suffering is inexpressible but at the same time utterable, speakable. The very fact that language affords me the word “intolerable” immediately achieves a certain tolerance.

The writing happened in bursts the year after her death. Barthes kept this diary, writing down thoughts and discoveries, not more than a page, a small collection of words. Bewilderment at what’s sayable about the unsayable. It’s an example; if it’s all you have, you can learn to love your own suffering.

I see it now, from where I am. Devastation is when there is no going back.

I assign myself to a mountain so that I can unassign my pain. It is the Zugspitze or Wildspitze, I don’t remember which. I go to it in search of largeness, its dome-dressed equivocal top. Because of this, and because of the mountain’s size, I become very minor.

[It is into the tattering of praxis, I go]

To my astonishment, the pain does not change. The force of the thought of it batters me like a windrose at the highest peak.

On the way up, a man tells me they used to hide bombs in the plateau, and I don’t know if I should believe him. He carries a small knife by the blade, lets the handle glisten in the sun.

It is late spring, but the mountain still has snow. Heavy white, like when your eyes are closed.

[To escape the grammatical present, I must keep going back]

I think, explosives explode. Then they are exploded, and thus, undangerous. Does the same go for language? I drag my boots through the Schnee, marking lines in every direction I go.

Aristotle said, Objects which in themselves we view with pain, we delight to contemplate when reproduced with minute fidelity. I am trying to explode language. One would think this reverses its lashing, but the more time moves forward, the tighter pain screws into me.

“Mental steadfastness,” the man says, “is what it takes to survive.” He’s talking about extreme cold then an avalanche. “Jump up slope, beyond the fracture line. Move quickly to either side.”

If I could move beyond the fracture I would. But all origin is bluish. We meander toward it like pilgrims to inevitable light. The man is not a guide, but a tourist like me. I walk away from him, head across the glacier toward the Windloch.

As I go, I pass a small stone chapel and sign:

I write the following down in a notebook:

[Aristotle: the irrational sometimes does not violate reason]

I rarely remember the beginnings of anything, particularly of pain. It always appears in medias res, when I am walking through a door, or swimming the sidestroke, or belly to belly with an old lover in a new town (the same reddening, though, same turning sky). That I went to the mountain to leave something behind, that I don’t remember which mountain, or how memory stings your legs the faster you walk backwards. It is quite probable that I am poor harbinger with no sense of time, a witness to a thinking that exists spatially, not in sequence. I never know where I am in the pain, how much longer I have to go.

It is intractable whether I am on or off a mountain. One second the sunlight has me and then it does not. I am something other than what I am. What I am is something else.

We are heterological and I imagine we are riding backwards, all of us, the ones linked, causally, to my pain. We slope down to the base of it, back to the beginning. We crash at it or lash at it, depending on how impact is perceived.

I’m not historical, but I believe what Aristotle said: to learn gives the liveliest pleasure. What have I learned? Mountains last. Trees last. Bones last. Mothers and lovers do not.

[The present still lacerates me]

Spring makes me dewy and I dislike its bulbs. Too much newness. All of this reminds me of that April day when I asked my husband (his one foot out the door):

Can you please freeze my sadness like a Russian winter bell so that it only rings in the past? 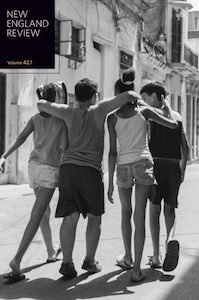 Kimberly Grey is the author of three books: A Mother Is an Intellectual Thing: Hybrid Essays (forthcoming in 2023 from Persea Books), Systems for the Future of Feeling, and The Opposite of Light, winner of the 2015 Lexi Rudnitsky First Book Prize. She has received fellowships from Stanford University, the Civitella Ranieri Foundation, and the Taft Research Center at the University of Cincinnati, where she earned a PhD in Comparative Literature and Creative Writing.
Website: www.kimberlyMgrey.com

KT Sparks on Accidentally Discovering the World of Cowboy Poetry 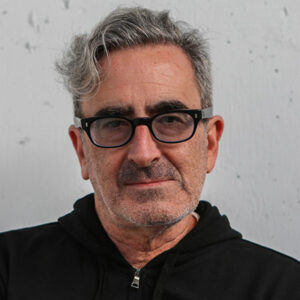