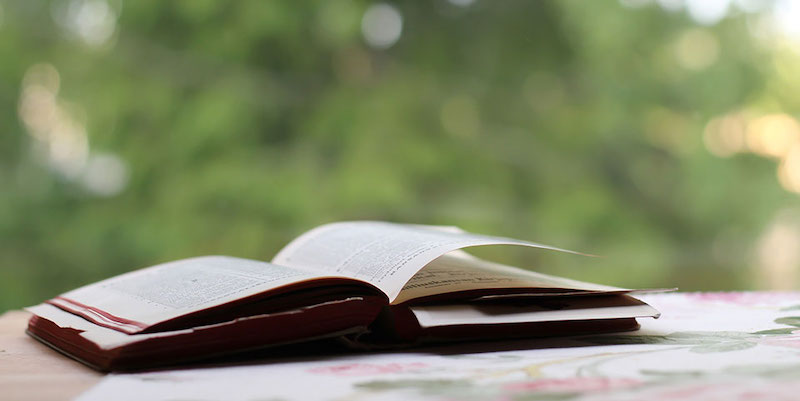 I started reading I Capture the Castle on the evening of March 27, 2020, looking for some comfort. I scanned the first paragraph and set the book back down, realizing that the most charming children’s book might read as horror (at least, if consumed in the wrong circumstances).

I write this sitting in the kitchen sink. That is, my feet are in it; the rest of me is on the draining board, which I have padded with our dog’s blanket and the tea cozy. I can’t say that I am really comfortable, and there is a depressing smell of carbolic soap, but this is the only part of the kitchen where there is any daylight left. And I have found that sitting in a place where you have never sat before can be inspiring.

Smith’s scene was all too familiar, even only two weeks into New York City’s stay-at-home order. I was sitting on my bed as I read this, my back against the wall and my feet sticking out over the edge. There was a depressing smell of lavender hand sanitizer, and the only light came from my laptop screen. I couldn’t say that I was comfortable then, and sitting here on my bed a year later, I have run out of new places to sit. As Roger Ebert wrote in his film reviews of The Scarlet Letter and Sherlock Holmes: “This will not do.”

An endless number of pieces devoted to literature that might prove relatable have been published in the past year. I can see historians in the distant future salivating over these chronicles, constructing a grand thesis of this year out of sea shanties, selfishness, side parts, and sourdough that manages to miss the point but still become a best seller because of a portentous title and glaring red cover.

Posterity can have them; I didn’t want to read anything explaining one’s corner of the pandemic. I was also jealous of any books in which too many people congregated, in which women hugged their parents or grew exasperated with them. I envied anyone who had the luxury of meeting a new person and disliking them immediately. I was tired of my own life but too covetous to vicariously experience anything too different. What I wanted was to read about solitudes vastly weirder than my own. It took nearly the entire pandemic, but I found one perfect pairing on this subject, which I recommend as an omnibus to anyone looking to read a goodbye to the past twenty-four months: Piranesi by Susanna Clarke, published in 2020, and Bear by Marian Engel, published in 1976, but available in a new edition from Daunt Books.

It seems wrong to say too much about their plots, because they are such good rides and short enough to read in an afternoon. One is a love story; the other features foreplay with a bear. One book seems a fitting pregame for a summer forecast to be the horniest ever; the other, preparation for a lifetime of remembering the grief compressed into this year. The structures of these books have interesting parallels, for all the differences in their packaging. The protagonists of both of these brisk myths end up in labyrinths for career reasons. Stuck in their solitude, they are determined to solve a mystery: the identity of a person from a past they can’t remember, or maybe themselves. They are cataloguers, either by trade or hobby. Their attempts to understand the world through books and research prove unsatisfying, so they turn elsewhere for answers. Hijinks ensue.

I can see historians in the distant future salivating over these chronicles, constructing a grand thesis of this year out of sea shanties, selfishness, side parts, and sourdough.

When Piranesi begins, the reader is immediately submerged into such research: a notebook entry dated the “First Day of the Fifth Month in the Year the Albatross came to the South-Western Halls.” The diarist is a lay archaeologist nicknamed Piranesi, after the 17th-century Italian archaeologist and artist Giovanni Battista Piranesi, known for his etchings of cluttered, labyrinthine prisons. Our narrator is unaware that the only name he knows is a cruel joke. He remembers nothing of his life before living in the unfamiliar world he describes in his notebooks: a never-ending series of lobbies and halls filled with statues that are often encrusted in seaweed and mantles of shellfish as a result of periodic flooding; skeletons of unknown provenance; a sausage roll wrapper of a yet-undetermined owner; and a marine ecosystem supporting rooms of rooks, herring gulls, and a deep puddle capable of housing an octopus. In a world where he understands so little, the birds are a blessing, and unlike the one other human he knows, they do not have motives that are difficult to suss out.

Our guide to this world has evidence that 15 people have ever lived; he is dubious that a world could sustain more than 70. The reader knows that his sample size of humanity is too small to render an accurate picture. His incorrect deductions and the fact that the reader thinks they have the context Piranesi lacks make for funny reading, until the reader learns that they don’t have all the context, either. Are people as much of a blessing as birds, even if they aren’t as easy to understand? Can one feel nostalgia for a quiet solitude that was born in horror? Piranesi might not ever figure out the answer, and we might not be able to entertain the question until the world has herd immunity.

Bear takes place at a similarly watery locale and a less metaphorical island. Animals are still a blessing, or at least have their uses. Lou, a librarian from Toronto, has been sent to Cary’s Island, elsewhere in Ontario, to catalogue the contents of an estate recently left to the government-run Institute where she works. She arrives at the house of the deceased Colonel Jocelyn Cary—a Brit who fought in the Napoleonic Wars and then, in the manner of dedicated and stupid colonizers everywhere, built an improbable estate deep in wilderness that was not his to claim—by motorboat, and is given a tour of the house by the caretaker.

Lou is excited to dig into the house’s many books, to learn whether the library is valuable or reveals anything about its previous owners or the history of the area. She sniffs everything: the house smells like mice, stove oil, and dust. Snow smells cold. Something unidentifiable smells musky and good. Her reveries and inhalations are interrupted by the caretaker: “Did anyone tell you about the bear?” No one told Lou about the bear, but the reader is ready to point at the page, eyes wild, in the style of the dependable “Pointing Rick Dalton” meme.

She meets the bear, who lives just outside the house, and sniffs again. The bear smells like shit. An “indubitably male”smell, she decides. The bear had “small, sad eyes.” Most crucially to the plot, it has a short, curling, ridged, and fat tongue. She is told that, in order to become friends with the bear, they must defecate next to each other; read the book and one just might find out if such friendship methods work. If nothing else I hope that people read Bear because its brand of fun is perfectly tailored to the internet humor of 2021. At a later point in Bear Lou screams “I love you. Pull my head off” at her ursine roommate, a line which places Marian Engel’s novel in a literary tradition with John Donne imploring God to “batter my heart” and a young person hoping Timothée Chalamet will run her over.

Stuck in their solitude, they are determined to solve a mystery: the identity of a person from a past they can’t remember, or maybe themselves.

Lou quickly learns that the Institute will not consider the Cary library a valuable acquisition. There is one autographed first edition of John Richardson’s Wacousta, but not much else of interest to Canada—the house, crammed with books shipped across the world at great expense, is nothing but an encroachment from England. But out of all the books fall scribbled notes about bears, written in Cary’s cursive script. Together, they make a hodgepodge commonplace book about bears, covering their taxonomy, longevity, and all the cultures that venerated them: the bear is the island’s only constant.

The books reveal no more secrets, and Lou decides to devote the rest of the summer to herself. Although Lou ascribes reactions to the bear, the animal remains nameless; Engel later wrote in her notebooks that she’d “rather see authors doing their own voices, not pretending to be fisherman and farmers unless they bloody know what fisherman and farmers think. (Not pretending to be bears, either.)” This is a book that luxuriates in the thoughts and actions of a woman given a summer alone, as a treat. Was it a good solitude? Depends on who is asked: just because a woman is alone doesn’t mean she can’t be extractive.

Bear won the Governor General’s Award in 1976; Engel used the proceeds to rent a house for her and her children on Prince Edward Island and called that much-needed vacation Bear Summer. “Calling it that because Bear bought me it,” she wrote in her notebook. “Bear Summer is for unwinding. Letting go. Living in the moment, not time past or future.” She drank beer for breakfast and then napped the morning away. She listened to birds and looked them up in bird books so she could call them by name. She decided that “birds do have fun. Else why is that young starling airing his armpits in the breeze?” She came up with a title for a story: “Postmen do not pick up hitchhikers.” She thought, and was lazy, and learned the exact ways in which her brain didn’t work when she drank wine or scotch. She won a bit of quiet for herself, which is what she needed.

I think we could all use a Bear Summer—armed with a bit of money, perhaps $1,400—and maybe we can escape our islands and unwind, find pleasure for ourselves, and decide, at least for now, if people are worth leaving our solitude. I’ve heard that sitting in a new place can be inspiring.

Jaime Fuller is the web editor at Lapham’s Quarterly. 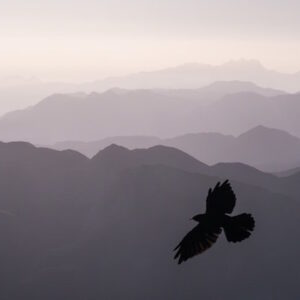 A brilliant writer friend of mine said to me that writing a novel isn’t an efficient process and people want the efficient....
© LitHub
Back to top