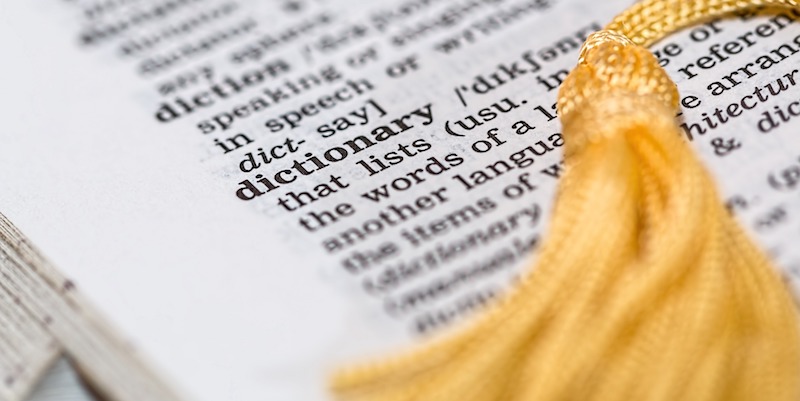 A Secret Feminist History of the Oxford English Dictionary

In 1901, the word bondmaid was found missing from the Oxford English Dictionary. By all accounts, bondmaid was the only word to be lost from the first edition. No one knows how, and that is enough for a story, but there are other reasons I wrote The Dictionary of Lost Words.

Words, for me, have always been acquaintances rather than friends—I recognize them most of the time, but can’t always describe the detail of their features. I’m prone to mixing metaphors, and in my final year of school I had five marks taken off an exam for spelling my own name wrong. It’s not rocket surgery, but I am a long way from mastering the English language, which is a shame, because it is the only language I speak.

The irony is, that despite my clumsy handling of words, I have always loved how writing them down in a particular way can create a rhythm, or conjure an image, or express an emotion. And I have refused to leave them be.

It was my dad who gave me my first dictionary. If I was going to use words, he said, I should use them properly. After that, whenever I asked how a word was spelled or what it meant, he would say, “look it up.” But I found the dictionary to be an impenetrable thing. It played hide and seek with words I wanted to spell, and it could be arrogant and inflexible with the meanings it proposed. It was rarely on my side during Scrabble, and it often withheld the old, the rare and the ugly in an effort to be concise (and words, as with anything, are more interesting when they are old, rare or ugly).

Where, I wondered, are the women in this story, and does it matter that they are absent?


So, while I continued to love words (and to butcher their spellings and mess with their meanings), I learned to dislike dictionaries.

Then a few years ago, a friend suggested I read The Professor and the Madman by Simon Winchester. It is a nonfiction account of the relationship between the editor of the Oxford English Dictionary, James Murray, and one of the more prolific (and notorious) volunteers, who sent in examples of how certain words had been used in literature. I thoroughly enjoyed it, but I was left with the impression that the most revered dictionary in the English Language was a particularly male endeavor. From what I could glean, all the editors were men, most of the assistants were men, most of the volunteers were men and most of the literature, manuals and newspaper articles used as evidence for how words were used, were written by men.

Where, I wondered, are the women in this story, and does it matter that they are absent?

These women were outnumbered by their male counterparts, and history struggles to recall them.

It took me a while to find the women, and when I did, they were cast in minor and supporting roles. There was Ada Murray, who raised 11 children and ran a household at the same time as supporting her husband in his role as editor. There were Edith Thompson and her sister Elizabeth, who volunteered for the Oxford English Dictionary from the publication of the first words in 1884 to the publication of the last in 1928. There were Hilda, Elsie and Rosfrith Murray, who all worked in the Scriptorium to support their father. And there were women whose poetry and prose were considered evidence for the meaning of one word or another. But in all cases, these women were outnumbered by their male counterparts, and history struggles to recall them. 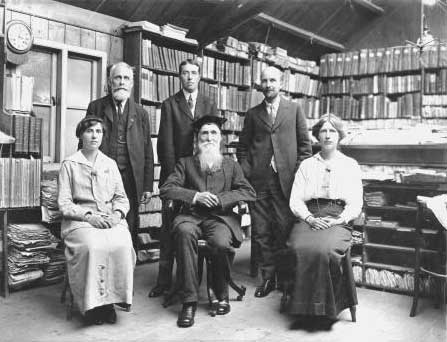 Photo of James Murray and staff in Scriptorium, 1915, held within OED Archive. Reproduced by permission of the Secretary to the Delegates of Oxford University Press.

I decided that the absence of women did matter, and that a lack of representation might mean that the first edition of the Oxford English Dictionary was biased in favor of the experiences and sensibilities of old, white, Victorian-era men.

In The Dictionary of Lost Words, I have told an alternative story about the English language, a story about women, that lives between the lines of the Oxford English Dictionary and lurks in the whitespace of history books. It is a story that has never been told, though fragments of it exist—they can be found in letters and newspaper clippings; in the slips containing words and sentences; in annotated proofs and old family photographs. I have searched for them in the archives of the Oxford University Press, and at the Oxfordshire History Centre, and they have gained substance as I walked through the streets of Oxford. I have collated information that others have overlooked, and I have interpreted its absence from the official history, but I have not tampered with the bones of that history. I have carefully woven my fiction through key historical events and people. I have not meddled with timelines and I have tried to render the personalities and motivations of real people as truthfully as a I can. I have not judged them—that is not my job.

As a writer, my job is to tell a story that reveals a truth. Fiction can often do this better than history (what we choose to report is never objective), but I don’t think it is my place to change the general facts—if the first volume of the Oxford English Dictionary was published in 1888, I will make it so in my story; and if suffragettes were force-fed in Winsom Green prison, I will not suggest it happened elsewhere. My story, after all, might be the only historical account that many people read. But I will give these facts context. I will imagine what hasn’t been reported to make the facts relevant to an alternative history where women are at the centre.

And so, I have put a girl called Esme under the sorting table of the Scriptorium, where all the words of the English language are being defined. I have made her steal that lost word, bondmaid, and then I’ve imagined the influence this word might have on her, and the influence she might have on other words—old, rare and ugly—as she grows into a woman. 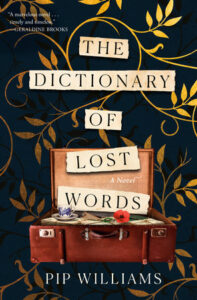 The Dictionary of Lost Words by Pip Williams is available via Ballantine Books.

Pip Williams was born in London, grew up in Sydney, and now lives in the Adelaide Hills of South Australia with her family and an assortment of animals. She has spent most of her working life as a social researcher, studying what keeps us well and what helps us thrive, and she is the author of One Italian Summer, a memoir of her family's travels in search of the good life, which was published in Australia to wide acclaim. Based on her original research in the Oxford English Dictionary archives, The Dictionary of Lost Words is her first novel. 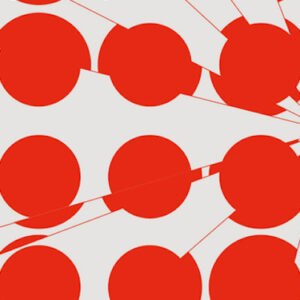 In what form should philosophical ideas be expressed? When I was writing my book Infinitely Full of Hope, this question pressed...
© LitHub
Back to top
Loading Comments...