TODAY: In 1892, Alfred Abraham Knopf, founder of the publishing house Alfred A. Knopf, is born.

Five years after the publication All American Boys its authors, Jason Reynolds and Brendan Kiely, kind of wish it would go out of print • Aimee Nezhukumatathil in praise of the “Mexican Walking Fish,” the cutest creature on planet earth • Daniel Mendelsohn talks to John Freeman about Homer and the art of digression • On Albert Allson Whitman, radical Black poet of the Reconstruction • Matthew Salesses on living through grief, both collective and personal • Sue Miller on first literary loves • Poetry by Henri Cole • Kerri Arsenault and Elizabeth Rush on writing from the edgelands • The unexpected politics of book cover design • Are New Yorkers really as rude as everyone thinks they are? • Sulaiman Addonia on surrendering the language of home • Our idea of Wagner tells us more about ourselves than about him • Annette Saunooke Clapsaddle on what the US could learn from the Eastern Band Cherokee Indians response to crisis • What happens in a pandemic when your friendship superpower is cooking? • Sherrill Grace on writing a biography of Timothy Findley • Adam O. Davis finding phantoms and broken lines in his new poetry collection • Jennifer Nansubuga Makumbi on the rich oral traditions the Ganda people • How deeply involved is Devin Nunes in the conspiracy to discredit Joe Biden? • Diane Cook imagines life post climate change • Ed Vulliamy at a B.B. King “show” in Indianola, Mississippi • Virginia Woolf once wondered if the lecture was nearing the end of its days; Mary Cappello takes up the very same question

Eula Biss recommends five books that defy classification, from Hilton Als’ The Women to Claudia Rankine’s Don’t Let Me Be Lonely • Where the Sidewalk Ends, One Hundred Years of Solitude, Beloved, and more rapid-fire book recs from Sarah M. Broom • From the archives: a classic review of Roald Dahl’s The Witches • New titles by Susanna Clarke, Sigrid Nunez, Frederik Backman, and Claudia Rankine all feature among the Best Reviewed Books of the Week

The phrase "e pluribus unum" might have been lifted from Virgil's recipe for pesto.

Sitting Pretty by Rebekah Taussig, Read by the Author 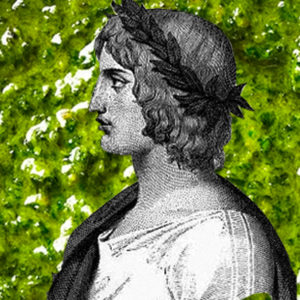 The phrase "e pluribus unum" might have been lifted from Virgil's recipe for pesto.

Friends, Romans, countrymen, lend me your eyes. I have wonderful news to bring you on this Friday. The Latin phrase "e pluribus...
© LitHub
Back to top