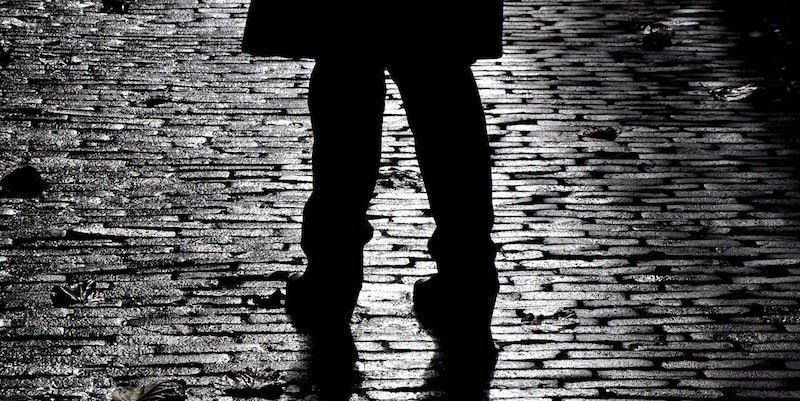 "I have again reached the end of waiting."

On my way to retrieve my coat I’m paused in the hallway in someone else’s home when a man approaches to tell me he thinks his greatest privilege is his height. There’s a politics around who is tallest, and right now he’s passively blocking passage, so yes. But greatest, no. Predictably, I say, I think your whiteness is your greatest privilege. To this, he pivots and reports that, unlike other whites who have confessed to him they are scared of blacks, he is comfortable around black people because he played basketball. He doesn’t say with black men because that’s implied. For no good reason, except perhaps inside the inane logic of if you like something so much, you might as well marry it, I ask him, are you married to a black woman? What? He says, no, she’s Jewish. After a pause, he adds, she’s white. I don’t ask him about his closest friends, his colleagues, his neighbors, his wife’s friends, his institutions, our institutions, structural racism, weaponized racism, ignorant racism, internalized racism, unconscious bias—I just decide, since nothing keeps happening, no new social interaction, no new utterances from me or him, both of us in default fantasies, I just decide to stop tilting my head to look up. I have again reached the end of waiting. What is it the theorist Saidiya Hartman said? “Educating white people about racism has failed.” Or, was it that “hallways are liminal zones where we shouldn’t fail to see what’s possible.” Either way, and still, all the way home, the tall man’s image stands before me, ineluctable. And then the Hartman quote I am searching for arrives: “One of the things I think is true, which is a way of thinking about the afterlife of slavery in regard to how we inhabit historical time, is the sense of temporal entanglement, where the past, the present and the future, are not discrete and cut off from one another, but rather that we live the simultaneity of that entanglement. This is almost common sense for black folk. How does one narrate that?” Her question is the hoop that encircles. 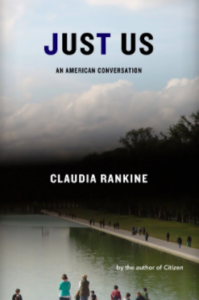 “Tall” from Just Us. Copyright © 2020 by Claudia Rankine. Reproduced with the permission of Graywolf Press, Minneapolis, Minnesota, www.graywolfpress.org.

Claudia Rankine is the author of Citizen: An American Lyric and four previous books, including Don’t Let Me Be Lonely: An American Lyric. Her work has appeared recently in the Guardian, The New York Times Book Review, The New York Times Magazine, and the Washington Post. She is a chancellor of the Academy of American Poets, the winner of the 2014 Jackson Poetry Prize, and a contributing editor of Poets & Writers. She received a MacArthur Fellowship in 2016. Rankine is the Frederick Iseman Professor of Poetry at Yale University.

What Are You Going Through 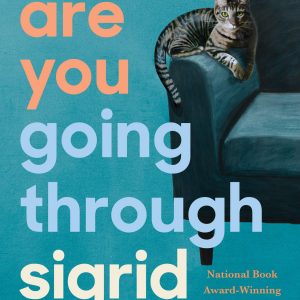 What Are You Going Through

I went to hear a man give a talk. The event was held on a college campus. The man was a professor, but he taught at a different...
© LitHub
Back to top
Loading Comments...