Continuing our Best of the Decade list: here are our choices for the best short story collections of the 2010s • On the far right past of Ingvar Kamprad, founder of Ikea • Gabrielle Bellot considers the darkness at the heart of Jamaica Kincaid’s children’s mystery, Party • Crystal Hana Kim and Laura van den Berg discuss what it means to “learn to write” • On the endless parade of literary dead girls • Minda Honey on finding the freedom to rage her father • On the universal urgency of immigrant literature • In Nazism, Joseph Roth saw the end of Europe’s cosmopolitan dream • America in Mosul: an account of the occupation of an Iraqi city • Saeed Jones on finding a sense of self in New York City • Josephine Rowe talks to Brandon Taylor about craft, climate grief, and the politics of fiction • Philip Pullman on children’s literature (and the critics who disdain it) • On the midcentury battle for urban renewal • Alix Kates Shulman on how her book found a new voice, 50 years on, within a new feminist movement • Eve Babitz on the time she played chess nude with Marcel Duchamp • Billy Kahora on the life and writing of Ngugi wa Thiong’o, a giant of world literature • Posthumous concerns addressed by mortician Caitlin Doughty • Daniel Mendelsohn wishes someone would ask him about gardening • On the bougie, classist history of Eggs Benedict • Letters to Shakespeare’s star-crossed lover/contemporary advice columnist • Why office workers can’t sleep (and why that’s bad) • On the road with California’s climate migrants • In praise of Rumi, priestly poet and master of the one-liner • How does one actually prove a human is smarter than a housefly? • On the maybe future, decidedly English art of mole-catching • PSA: the best time to practice Stoicism is when your flight is cancelled • When drinking really good tea, expect the unexpected, and more tips from the Rare Tea Lady herself, Henrietta Lovell • Tim Robinson searches for the lost history of the Conmaicne • On the activism of a pre-fame Marlon Brando • We live in an age of political thugs, from Putin to Trump to Yanukovych •

Celebrating the best writing advice from Elmore Leonard, born this week, 1925 • A cultural history of Nancy Drew, from Olivia Rutigliano • Jake Brennan sets the scene for one of the weirdest meltdowns in rock’n’roll history • Zach Vasquez traces the cinematic lineage of the white male loner from Taxi Driver to Joker • Neil Nyren pays homage to Dorothy L. Sayers • Nick Kolakowski explores the linked histories of cyberpunk and noir • Daniel Kraus takes a fond look back at some of the most gruesome horror comics in history • “Increasingly, women are owning their fury—both on and off the page.” • Paul French gives us a brief history of Myanmar’s turbulent century via crime fiction • Kate Racculia highlights 10 books that will ease you into a lifelong love affair with gothic fiction

Behind the Mic: On Red at the Bone by Jacqueline Woodson, Read by the Author and Others 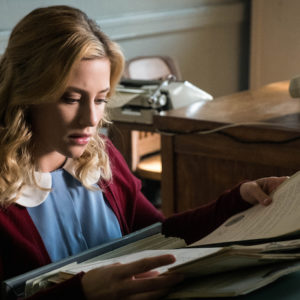